Builder Paul has struck cartoon character gold again, this time with his LEGO builds of teenage characters Candace Flynn and Vanessa Doofenshmirtz from Disney Channel’s Phineas and Ferb. Both characters are known for their attempts at “busting” their family members for their crazy antics. 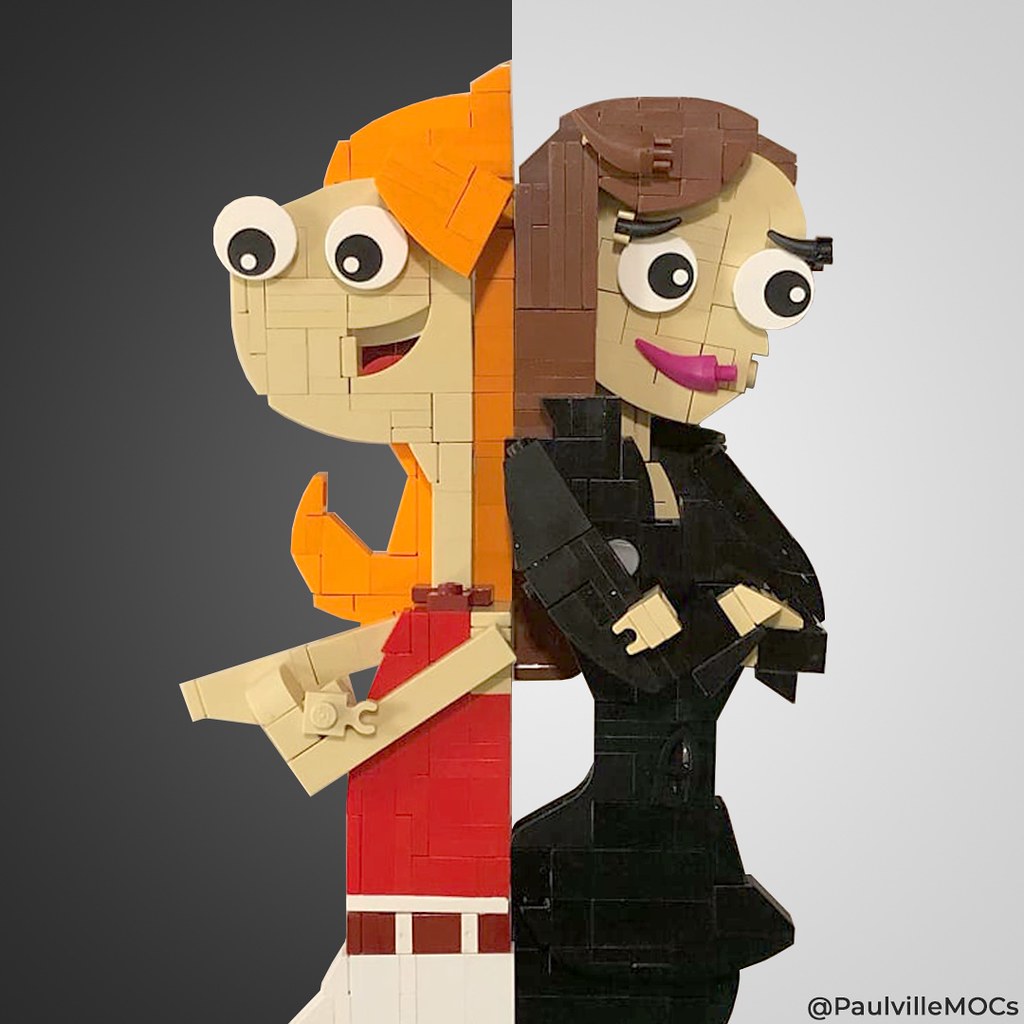 Using a variety of bricks, slopes, and tiles in varying sizes Paul did an excellent job at fashioning these brick-built characters accurately via the SNOT (studs not on top) technique. The most difficult component for these characters to render correctly in bricks would be Vanessa’s more curvy frame as well as the round faces of these particular characters in comparison to the more angular faces of some other characters in the show such as Dr. Doofenshmirtz. I think the tooth shaft in pink which Paul utilizes in order to render Vanessa’s lips is an example of some pretty creative parts usage. What can I say? Paul has done it again, and I as well as many other fans are definitely hoping to see some more brick-built versions of other characters from this beloved television show.

“Doofenshmirtz Evil Incorporated” – if you’ve watched the legendary Disney channel cartoon Phineas and Ferb, in your head you probably heard the little jingle that goes along with this quote. Paul brings the lovable and goofy villain from the show – Dr. Doofenshmirtz to life with his LEGO version of the character. 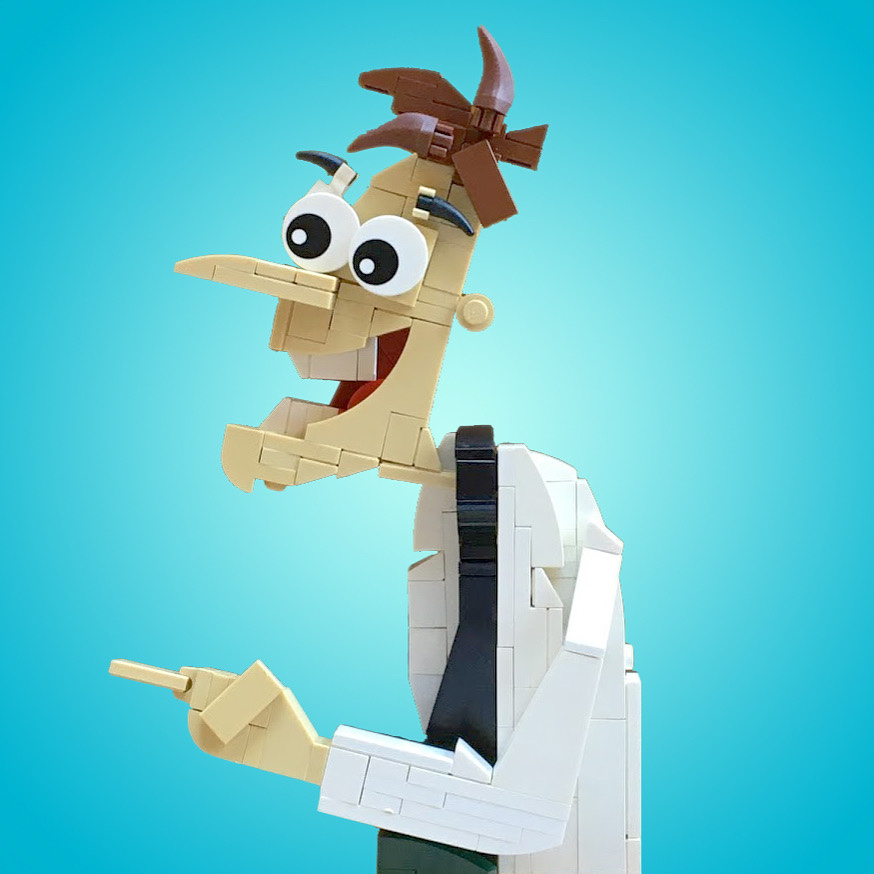 The white lab coat and black turtle neck – the signature look of Dr. Doofenshmirtz is brick-built using various sized tiles, slopes, and bricks by way of the SNOT (studs not on top) technique. The rest of good ol’ Doof is also composed of bricks and other pieces, my favorite parts usage being Paul’s use of the small claw pieces in black as tiny eyebrows and a couple reddish brown tooth shafts to render some spiky tufts of mad scientist hair. Of course I am a fan of the classic 2×2 round tile eye pieces which work perfectly for Doofenshmirtz’s cartoony face. It is always great to see pop culture subjects rendered in LEGO, and Paul did an excellent job with this character build.

There are always some people in the LEGO community who insist that certain pieces are worthless. Maybe it is the Big Ugly Rock Pieces (or BURPs); maybe it is the Juniors airplane; or maybe it is the ubiquitous stud shooter. The latter is much derided by those who wish their Star Wars battle packs came with normal blasters, rather than the huge and ugly things whose sole purpose is to lose studs behind the couch. Kids love ’em, at least. But perhaps the stud shooters are not so useless after all; PaulvilleMOCs shows us how elegant the part can be as a drill, for example, with a wand as the drill bit. Add in a circular saw and a sander, and you have a set of power tools perfect for a job site. This was built for the Iron Forge competition, where the stud shooter is the seed part; so expect to see some more studly builds in the days to come! 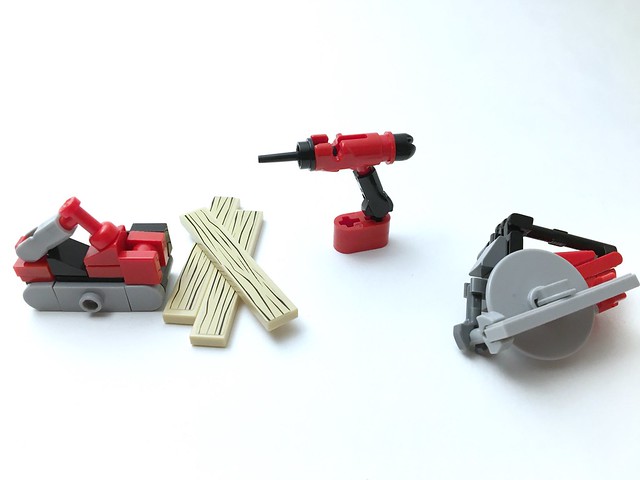 From Jurassic Park to Jurassic World, velociraptors have remained a fan favorite in the series. While the raptors in Jurassic Park were hungry killing machines, Jurassic World gave us lovable trained carnivores. The scenes of Owen Grady bonding with Blue since birth are memorable, and I bet Owen would be proud of this wonderfully detailed LEGO version of Blue built by PaulvilleMOCs. There is a pleasing balance of form and function here. A splash of color keeps the model visually interesting, while ball & socket and hinged joints allow Blue to “strike a pose.” I really like Blue’s mouth, which consists of a 1×3 hinge tile, with the finger wedged between a modified 1×1 plate with clip. Finishing off the mouth is a dark pink minifig hand, which makes for a really cool-looking tongue. 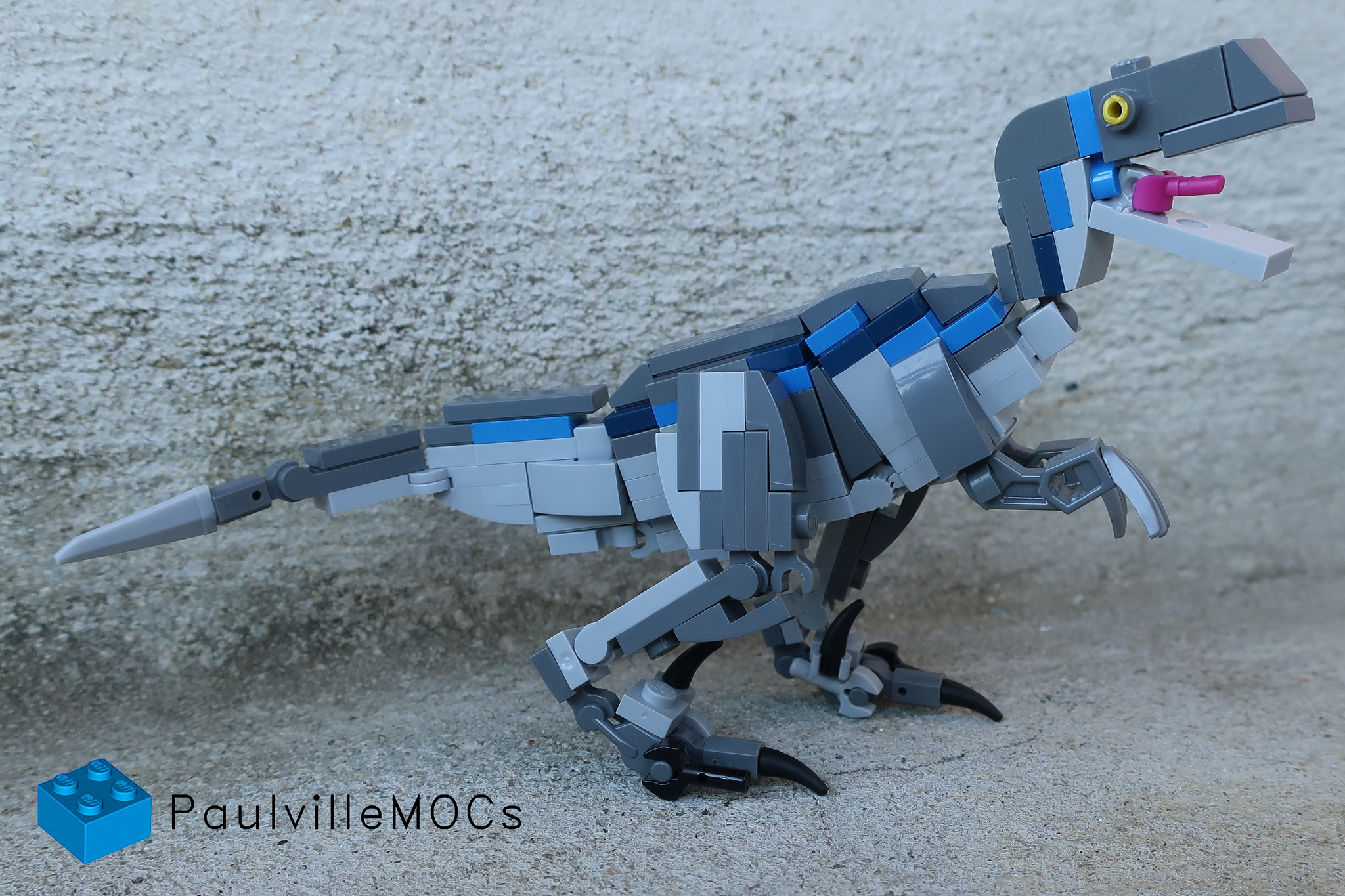 And if you still haven’t had your prehistoric fill, the builder has also done a fun rendition of Mr. DNA. 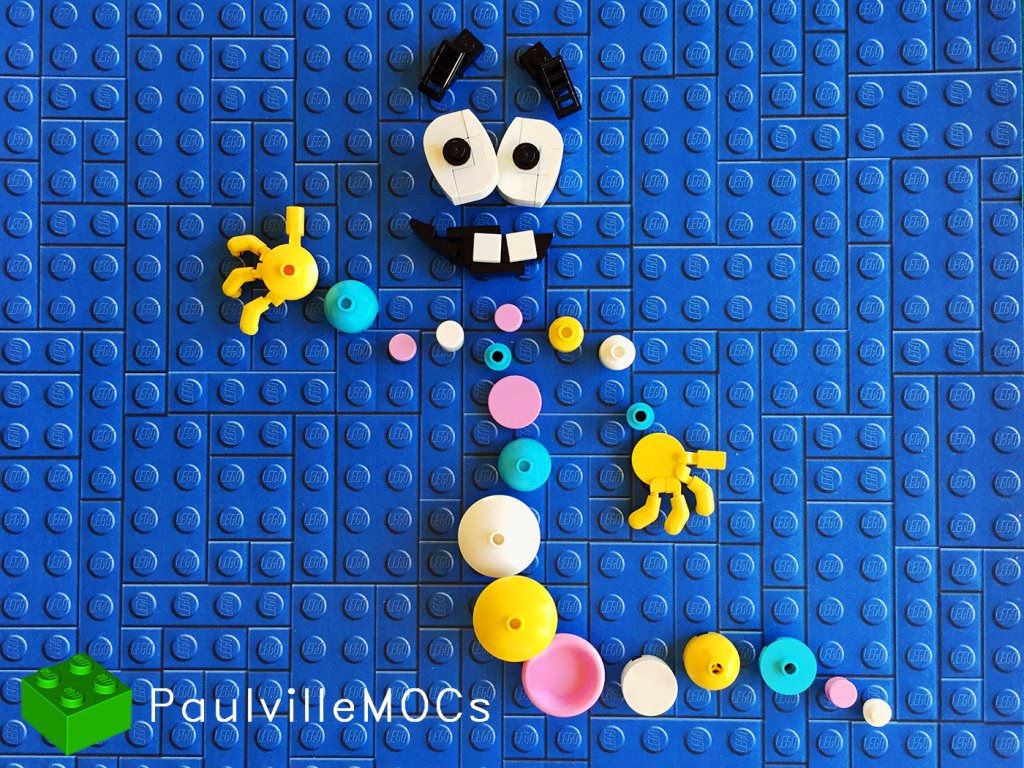