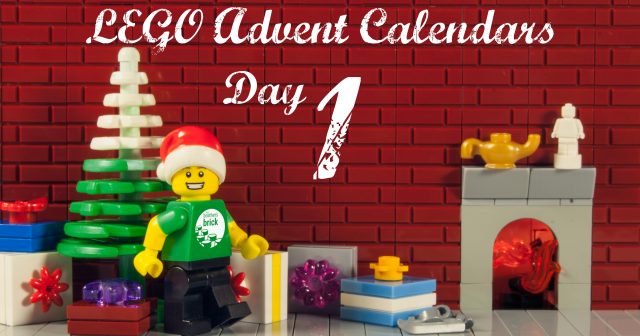 This year we have new Harry Potter, Star Wars, City and Friends advent calendars to open! We will be sharing images of the new calendars every day through Christmas. Now let’s get the holidays started with day one!

END_OF_DOCUMENT_TOKEN_TO_BE_REPLACED

We have seen quite a few builders pay tribute to the Empire’s most fearsome walking tank, the AT-AT. But I think this is the most unusual version I’ve seen in quite a while. Simon Liu has stretched his LEGO creativity to new heights with this stilt-legged AT-AT tasked with delivering Christmas trees to all corners of the galaxy. 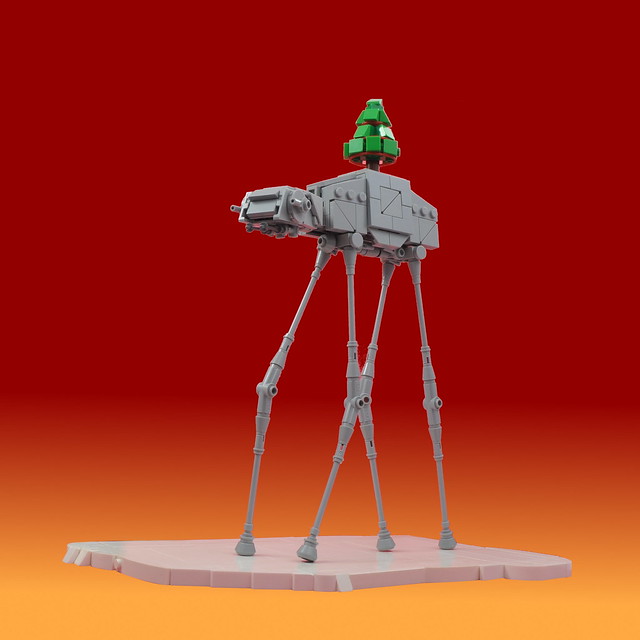 First Order Lego has been killing it lately with some out of this world LEGO Star Wars Creations. And if you search my post history here on The Brothers Brick, you’ll see that I love sharing top-notch LEGO creations based on Star Wars. So naturally, this scene from Chapter 10 of the Mandalorian had to be shared. 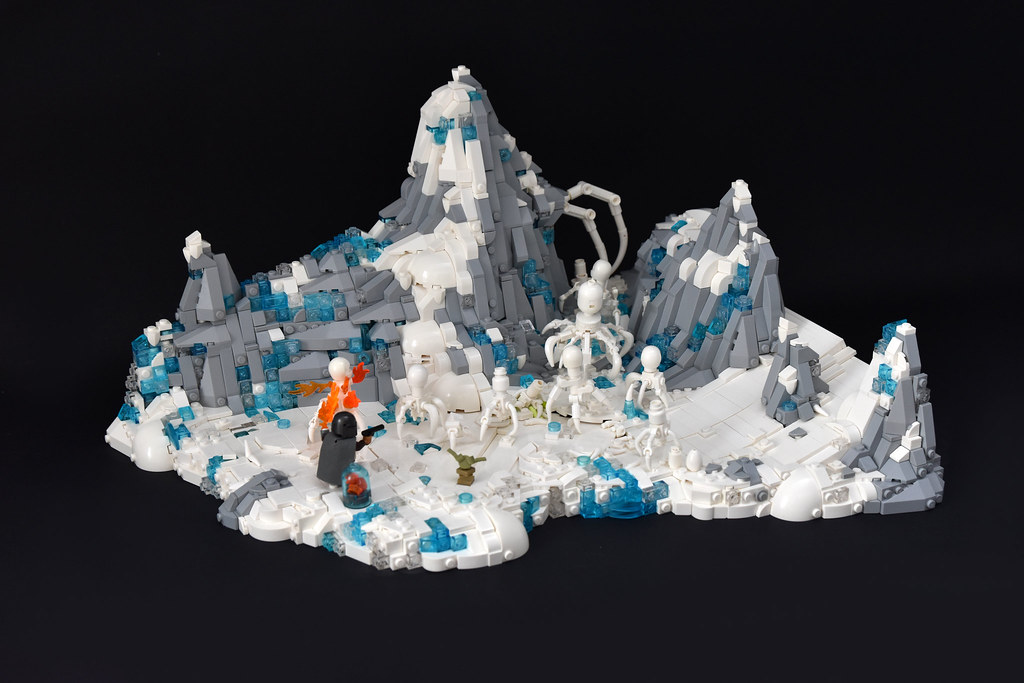 Aside from the beautifully crafted snowy landscape, the first thing you notice is the Krykna of various sizes. An amazing variety of pieces have been used for the spiders’ legs, from different kinds of horns to bananas! Some spiders are small, some are dead, but my favourite one is the one we can’t even see – the giant one just coming around the corner! There are plenty of other details presented to explore here, but custom-made little bitty baby Yoda is not to be overlooked.

It’s that wonderful time of year, when the shriek of TIE Fighters can be heard in the winter sky, turbolasers pound Christmas-green plasma into nearby starships, and Imperial forces swarm like snowflakes across enemy ground positions. Armored walkers inch closer to the rebel base, with each walker hoping to go home and cozy up by the fire. LEGO builder SeanBr1cks shows one particular AT-AT getting some of that holiday cheer after a long day of crushing insurrections. 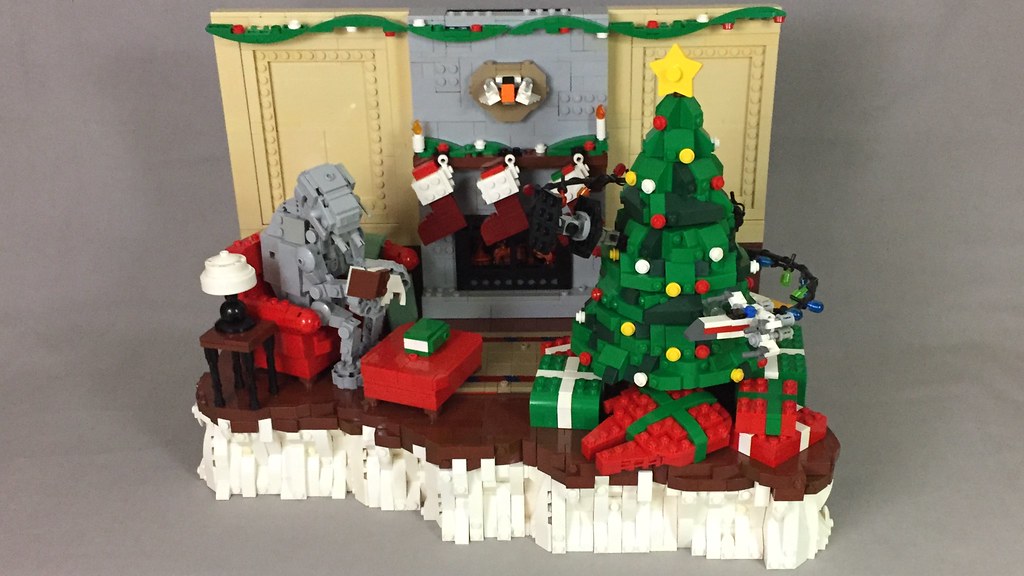 There are a lot of fun easter eggs in this build: the Millennium Falcon wrapped as a Christmas gift, the X-wing and TIE fighter dogfight around the tree, and the mounted Rebel snowspeeder over the mantle. Everything is full of the holiday spirit! Sean’s clever use of bricks doesn’t just show off his building skills. They tell a story, one that we’re all familiar with yet laced with Star Wars fun.

It’s hard to build a good Star Wars vehicle from LEGO, because so many of them are dinged up and weather-worn, and that doesn’t translate well to pristine, brightly-color bricks. But Finn Roberts has done that better here than I’ve seen in quite awhile. The brick-built weathering is wonderfully executed with patches of lighter colors where the paint has worn away. You can almost tell it used to have white lettering on the side, too. This model is based on a piece of unused concept art from The Force Awakens, and now I’m just sad this monstrous desert skiff never made it onscreen, because it’s an amazing design. 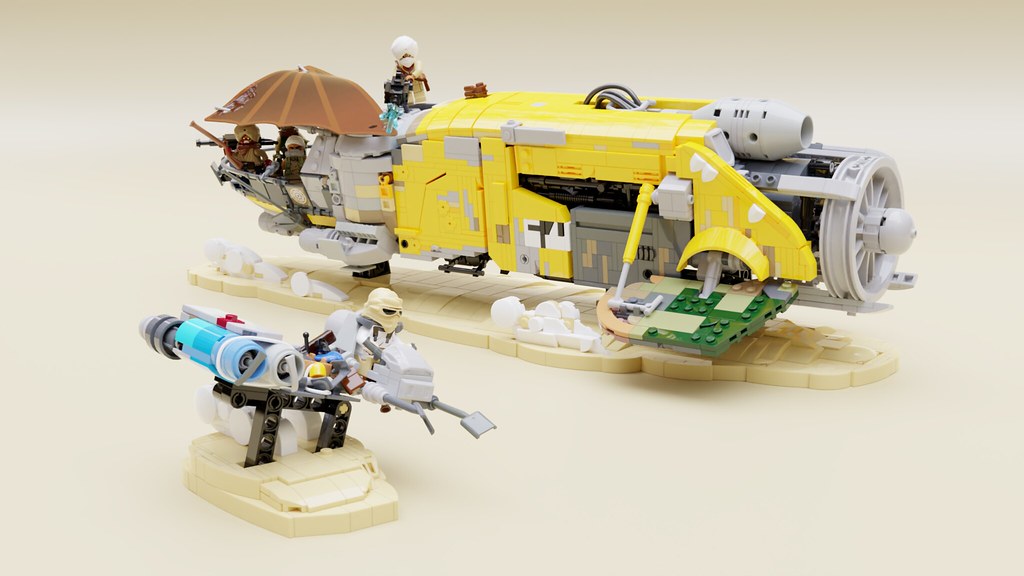 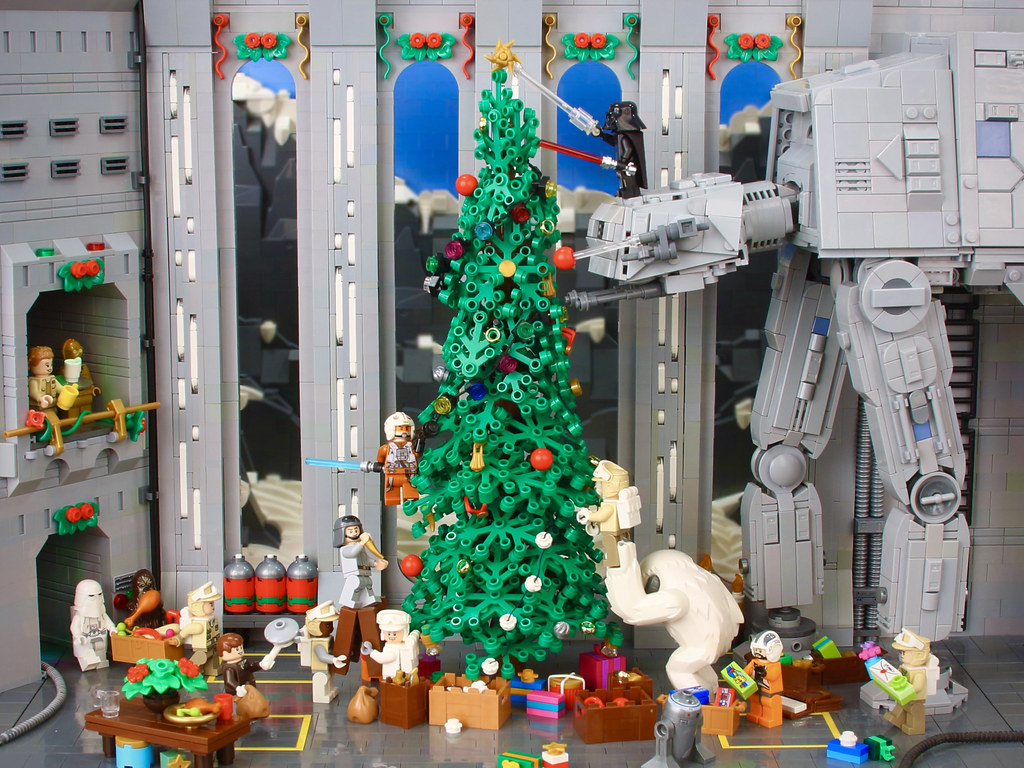 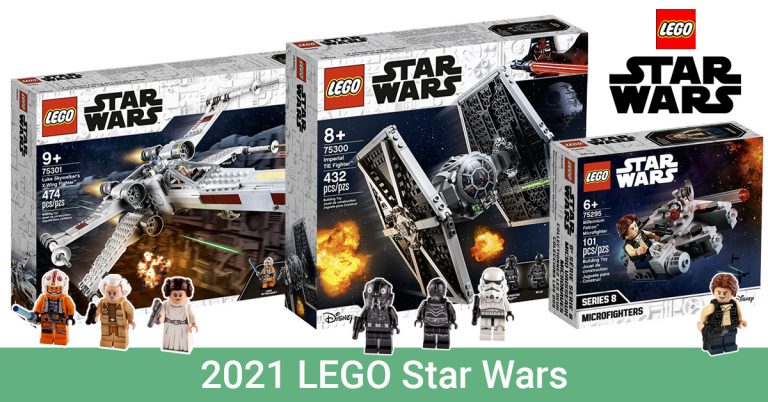 Check out the new Star Wars sets below.
END_OF_DOCUMENT_TOKEN_TO_BE_REPLACED

Making a creation in microscale is something I really admire because it’s hard to do. Making one that also looks visually pleasing is even harder. With this tiny TIE Interceptor, Dan Ko proves he is an expert when it comes to making these kinds of LEGO builds. I love when builders manage to use a seemingly single use part in a completely different way. The use of the bottom half of the Darth Vader helmet to create a Star Wars ship is pure gold. 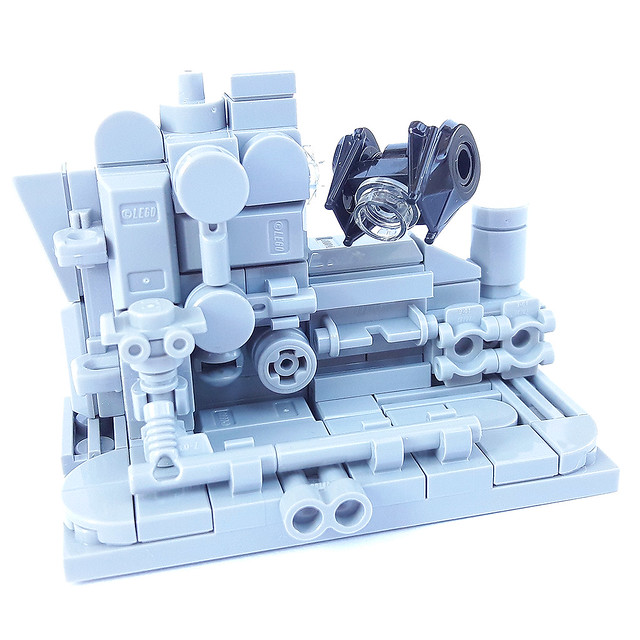 The Razor Crest is fast becoming one of the most recognized ships in a galaxy far, far away since the Millenium Falcon first blasted off the surface of Tatooine. Ever since the premiere of The Mandalorian last year on Disney+, The Razor Crest has taken a beating, but she keeps on going. This microscale model by Tim Goddard has nailed a number of details at a small scale. Take the landing gear, which is more accurate than the official LEGO set. 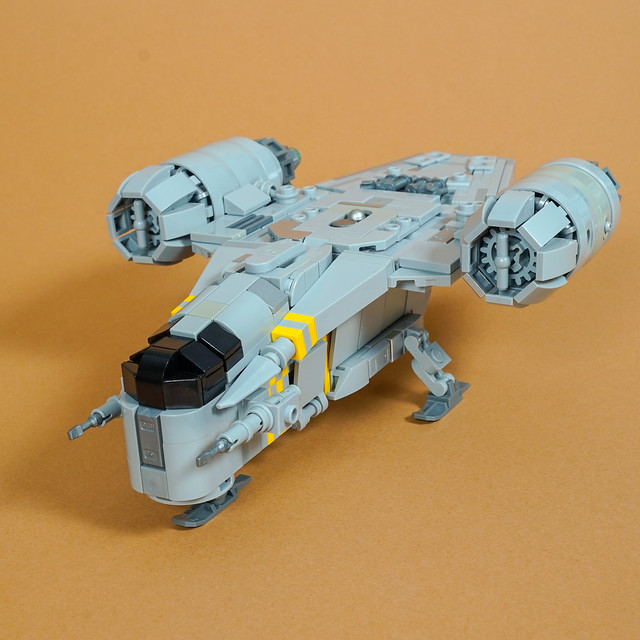 The back of the ship is also very well sculpted, and those engines are spot on! 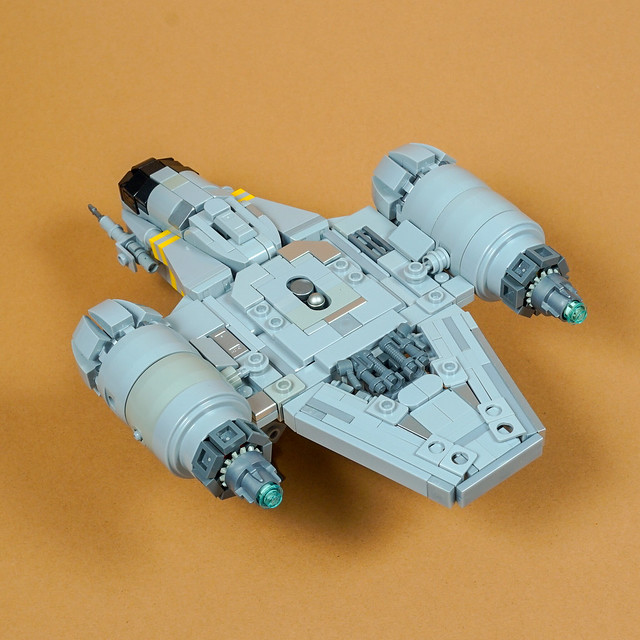 Starwars.com revealed on their YouTube channel earlier today a new Star Wars Mandalorian LEGO set featuring a scene titled Trouble on Tatooine with two vehicles and three figures. The weekly segment for the channel that covers all things Star Wars updates including merchandise and toys and games. 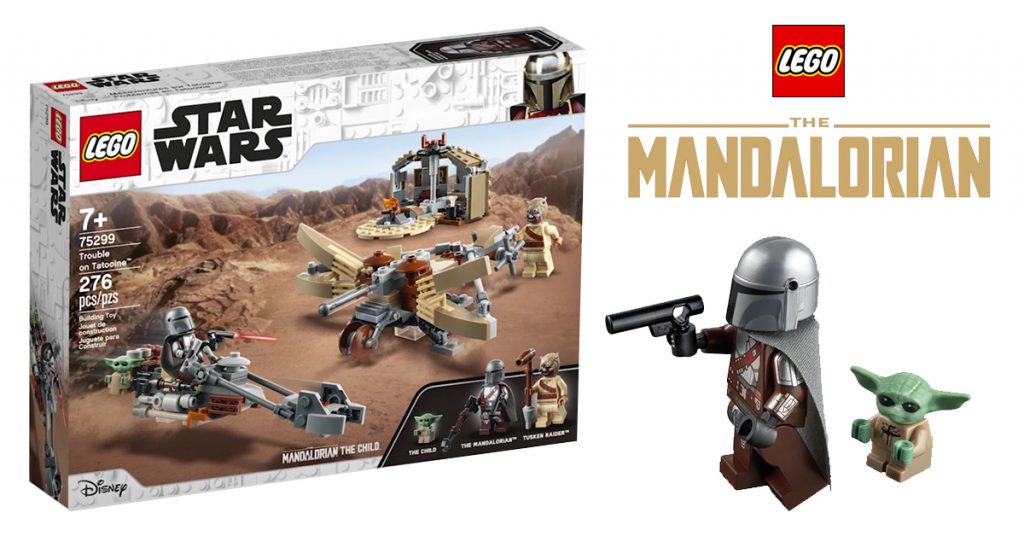 Check out the new Trouble on Tatooine set below

END_OF_DOCUMENT_TOKEN_TO_BE_REPLACED

Intricate details are a hallmark of Marco Marozzi LEGO mech builds. This often leads to a feeling that the builds are super-huge in scale, even though they’re usually miracles of compact design. The MT3 Heavy Mech gives us a clue, though, with the quickly recognizable inclusion of a Star Wars 41st Elite Corps Trooper minifigure as the pilot. There are also hints if you happen to know how big those hockey masks are.  Or maybe you spotted those minifigure hands for fingers. 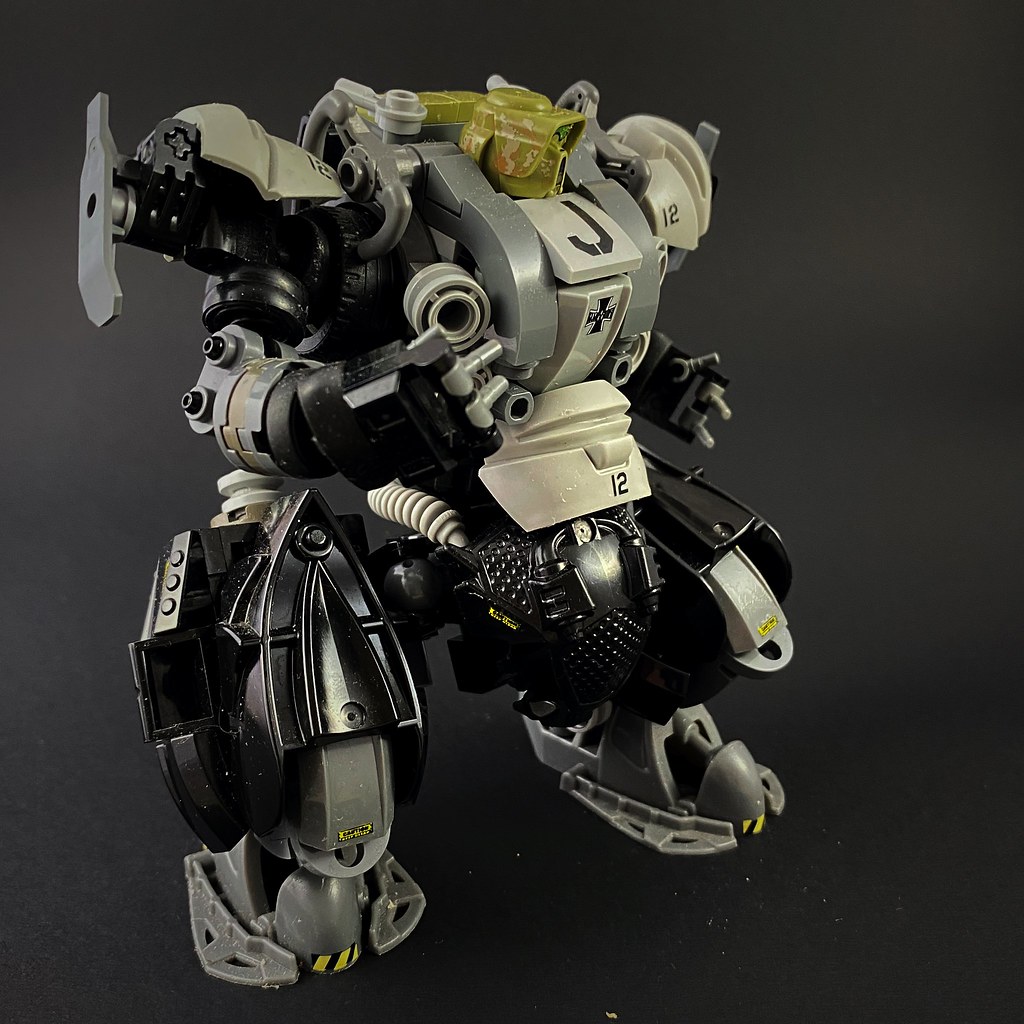 From the rear, you can see more of the custom sticker work that set Marco’s builds apart from the crowd. There are also some alternate-brand part selections here and there. LEGO purists may complain about that, but you can’t argue that the results are really stunning. 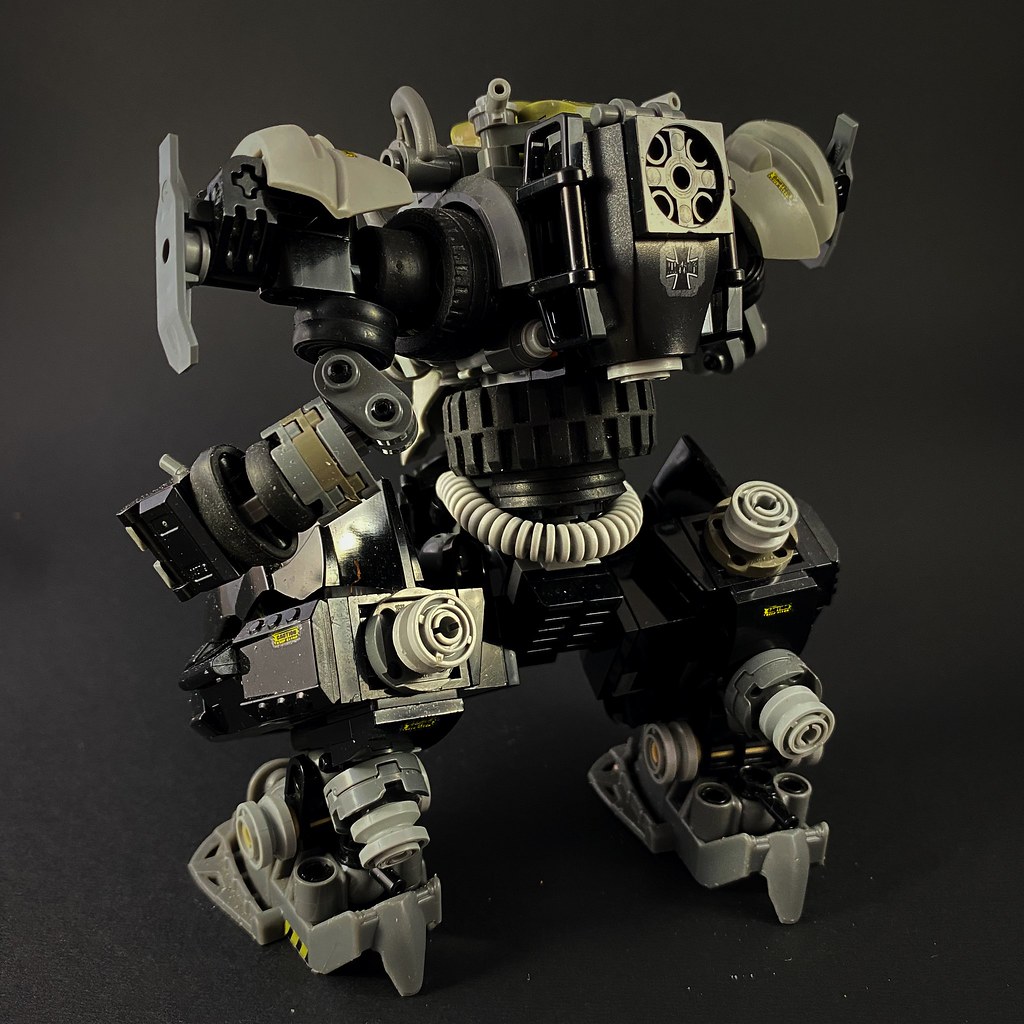 This isn’t the first mech of Marco’s that we’ve spotlighted, and it’s unlikely to be the last. My hope is that others are inspired by these tiny(?) beauties, and we’ll see even more Mechs on the horizon.

The long-awaited sales of the Nebulon-B Frigate which was revealed in October is now available on Amazon (US) only.  It comes with 459 pieces and retails at USD 39.99. Grab it soon as this cancelled SDCC exclusive will likely fly off the shelves fast. 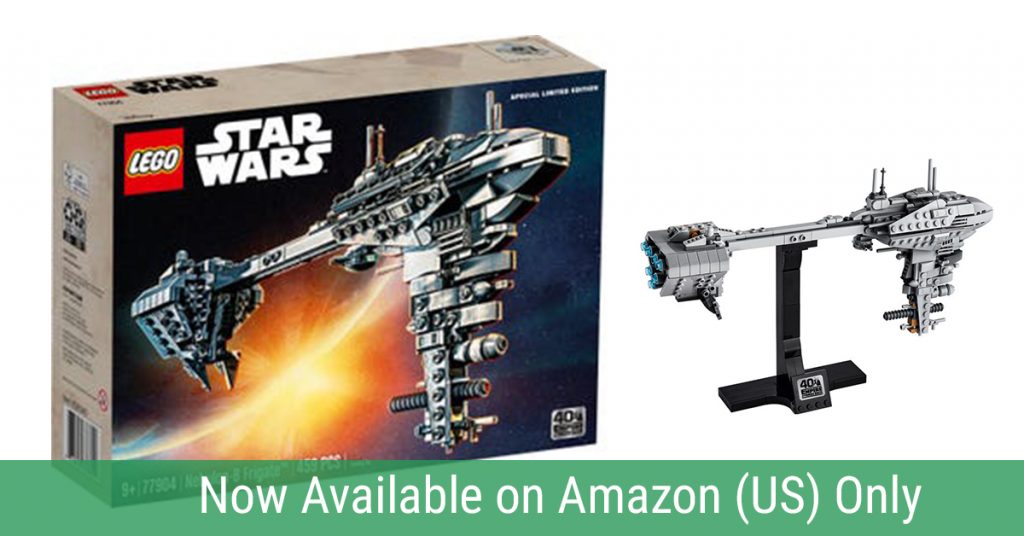