We all love the Millennium Falcon and other ships from the Star Wars franchise but it’s neat when someone pays attention to the ships that were later inserted into the background in one special edition or another. My case in point, this LEGO YT-2400 Outrider built by Aido Kessler. It resembles the Millennium Falcon a bit in the sense that it’s saucer-shaped, has circular exhaust ports and pushes the whole asymmetrical cockpit motif to the Nth degree. From there this odd ship exudes its own personality. I love the complex curves along the leading edge as well as the turret cannon. Aido tells us this model comprises of more than four-thousand pieces and weighs eleven pounds (5kg). In some instances this heavy creation was pushed to a breaking point; a literal breaking point and needed to be restructured several times. 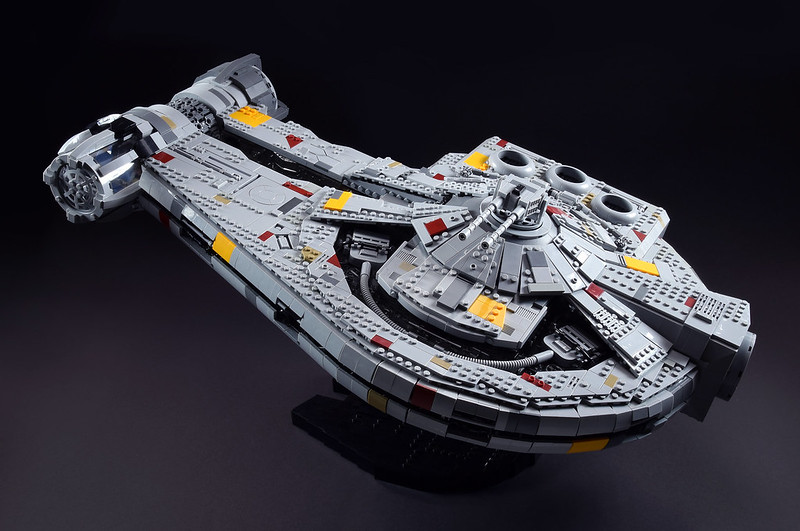 The end result is breathtaking and we’re glad he was up for the difficult task. This rear view showcases some added light functions that makes this model truly a sight to behold. 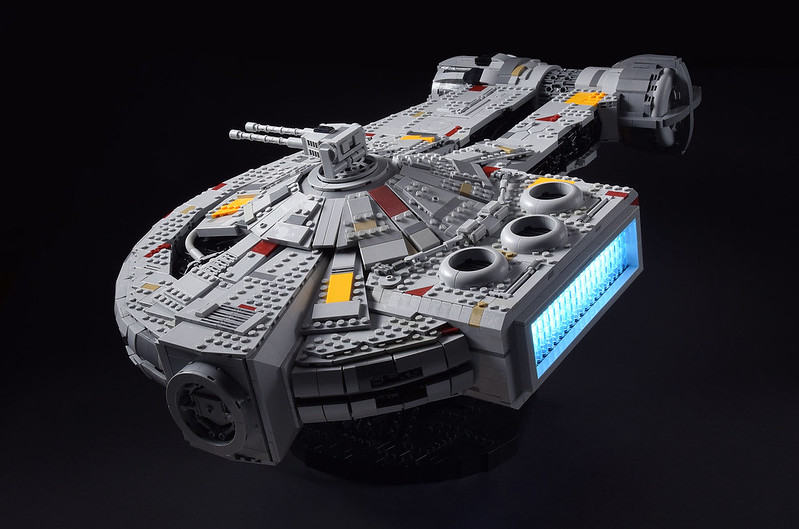 The Rebellion will be crushed under skies filled with the Droid TIE Fighter! Builder Maelven is the Imperial engineer behind this automated starfighter. The most stand-out detail is the red cockpit window, but the smoothness of the wings is equally impressive. The fact that they’re angled is also a great move on Maelven’s part. I’m also impressed with the simplicity in color. Gray and black are the hallmark of the Empire, and it shows on the Droid TIE. 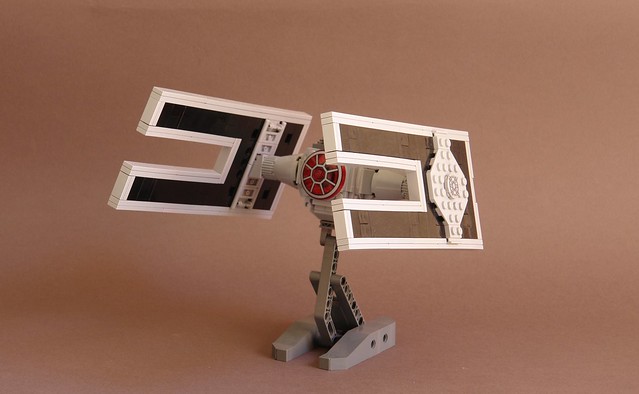 The TIE/D fighter was a notable part of the Star Wars Expanded Universe. This LEGO build could be the return of one of the most fearsome war machines to rule the skies of the Empire.