As Disney continues to absorb every form of media, it will only be a matter of time before the House of Mouse releases a Star Wars/Marvel Comics crossover film. Not one to wait for the inevitable, builder Veynom has taken the first step with a pair of Battle Droids from the Star Wars universe that are truly Super Soldiers. There’s classic “Steve Roger Rogers” with a bright blue color scheme and vintage shield, and modern “Steve Roger Rogers” with an Avengers-era, dark-blue color scheme and shield from the 76168 Captain America Mech Armor. While the pun in the name here is just *chef’s kiss* perfect, I still want to see Veynom tackle the rest of the Avengers in a similar style. There were a lot of droids in the Clone Wars…I’m sure there are some other great matches out there. (At least give us a Super Battle Droid in green with purple pants.) 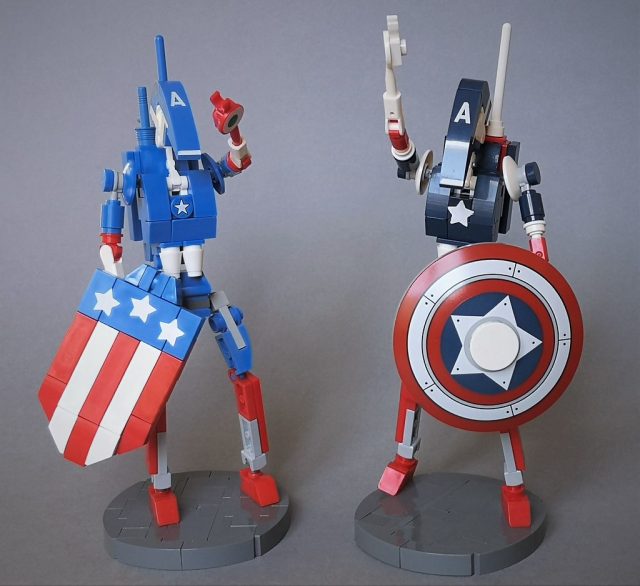 In the meantime, check out some other great Star Wars and Avengers builds in our archives!