You may remember our Attack Titan featured yesterday. Well, I get the feeling it might be the first of many Titans in your immediate future. A group of friends, including a LEGO builder who goes by the name of VelociJACKtor has built a slew of gruesome Titans from the Attack on Titan anime/manga and now we’re all thrilled and maybe a little perplexed. This Jaw Titan is so strong that even its biceps have pecks and abs. It also has a cool…um…face. That’s all I know. I’ll admit, just like my colleague who penned the previous article, I have not watched or read the source material in which these characters come from but I still love these builds we’ve been seeing anyway. According to some commenters, not knowing the source material that we write about should be grounds for firing. But the joke is on you as we were never hired in the first place! We just sort of loiter around here like that one guy in front of 7-11. 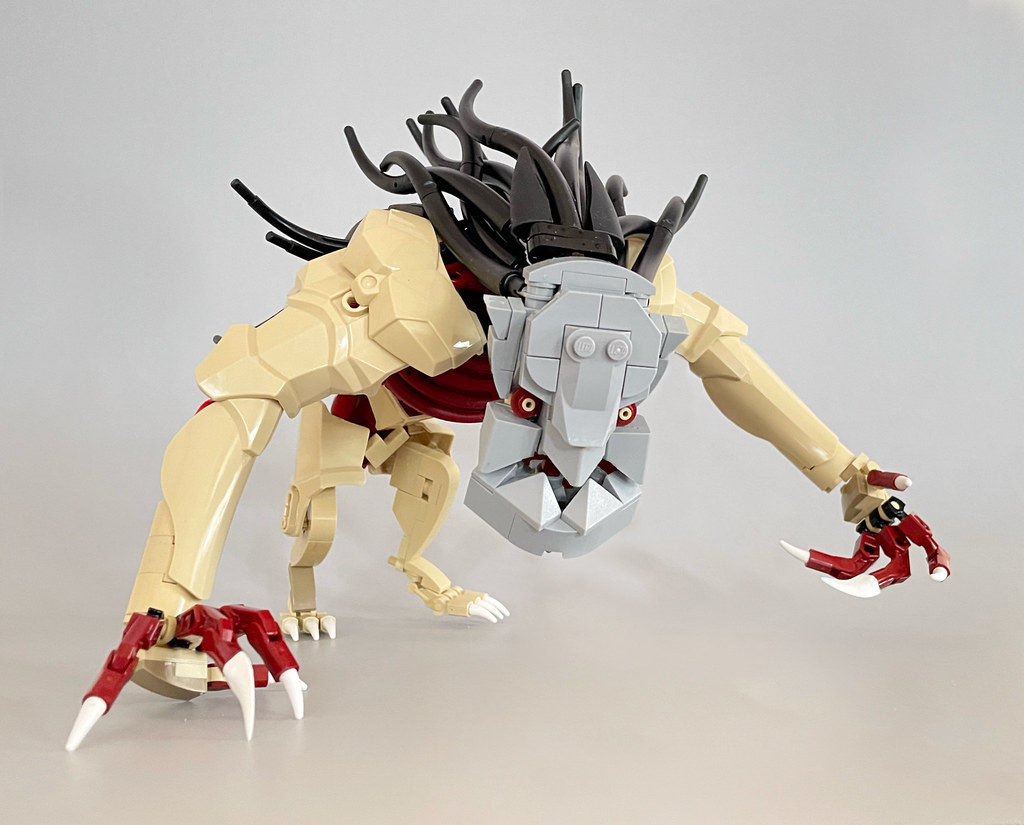 In a LEGO world of massive spaceships and castles, sometimes it’s the simpler things that really draw your attention.Take these Wanderers of the Void, for instance. They were built by someone who goes by the name of VelociJACKtor. I’m equal parts flummoxed, intrigued, weirded out and awestruck, which is pretty good for such a simple LEGO creation. Who are they? What void do they wander? Are there any others like them? Did they do all that wandering in those shoes? This pair generates more questions than answers. But that pretty much makes them the most intriguing things I’ve seen all day. What do you all think? 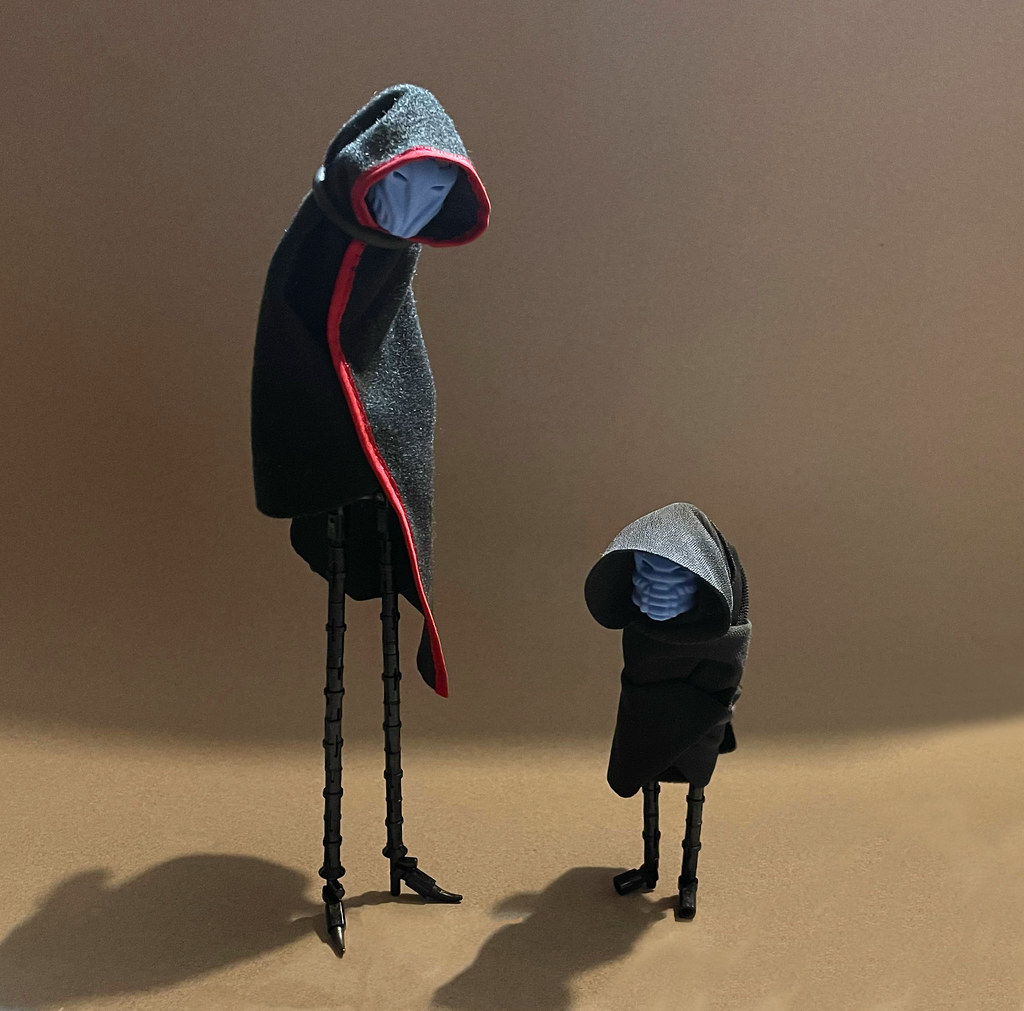 This LEGO creation by VelociJACKtor reminds me of the Nexo Knights LEGO theme. The theme itself was a love-it-or-hate-it kind of theme. If I recall correctly a lot of fans were hoping for a castle theme revival. But they ended up getting not quite what they were hoping for. The theme did however come with a lot of cute knight robots. The little knight in VelociJACKtor’s creation reminds me of these. The dragon neck and head by itself is a lovely build composed of a handful of parts that can be found in numerous LEGO buildable figure sets. 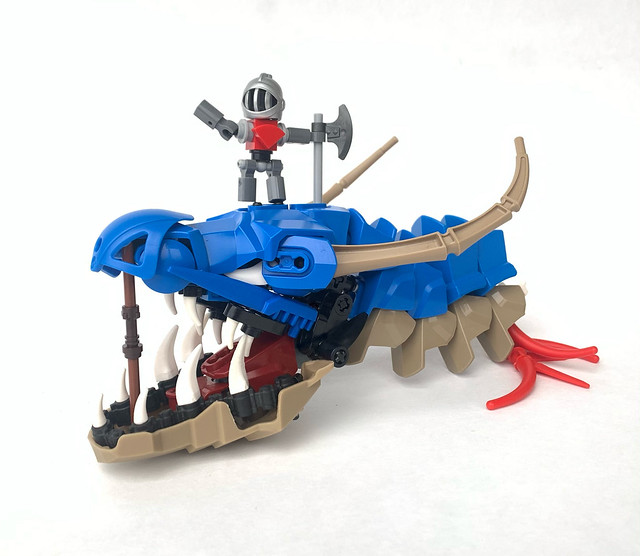 TBB newcomer VelociJACKtor has built the dastardly leader of the Separatist’s droid army from Star Wars. I dig the textured dark grey legs and ribs juxtaposed against the smooth tan armor plates. The arms also split as appropriate for the General’s main gimmick. As expected for a model depicting one of the most nefarious — if incompetent — villains in the Star Wars films, General Grievous has several fine lightsabers in his collection from hunting Jedi after being trained by Count Dooku. Maybe the next LEGO Grievous will have a new one. 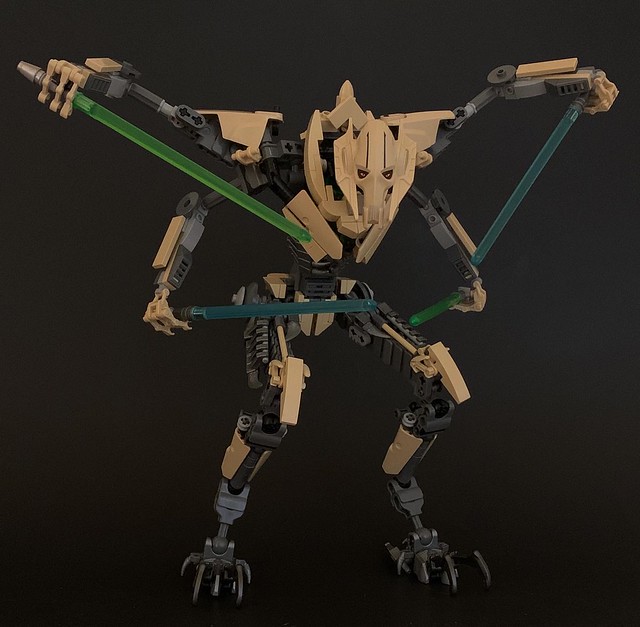 Not getting enough Grievous in your life? Here’s a model from Marcin Otreba from last summer, or check out the official sets from 2008 and 2015.