An adoring army of adventuring LEGO designers have donned their disguises to discuss the droves of delightful secrets hidden within the exhilarating new 10273 Haunted House. 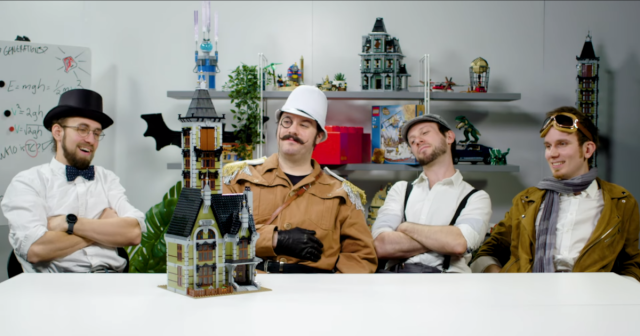 In the video, they exude their love for the original Adventurers product line, show details from past LEGO sets that made it into Manor Von Barron, and make the free-fall ride nearly as tall as a person to see if it will still work.

END_OF_DOCUMENT_TOKEN_TO_BE_REPLACED

LEGO today unveiled the next Creator Expert vehicle as a 10269 Harley-Davidson Fat Boy motorcycle. Developed in collaboration with Harley-Davidson, the LEGO motorcycle is made from 1,023 pieces and comes with solid-disc wheels, a teardrop fuel tank, an integrated speedometer, and dual exhaust pipes. The set will be available for purchase beginning July 17 for LEGO VIPs and August 1 for everyone else and will retail for $99.99 US | $139.99 CAN | £84.99 UK. 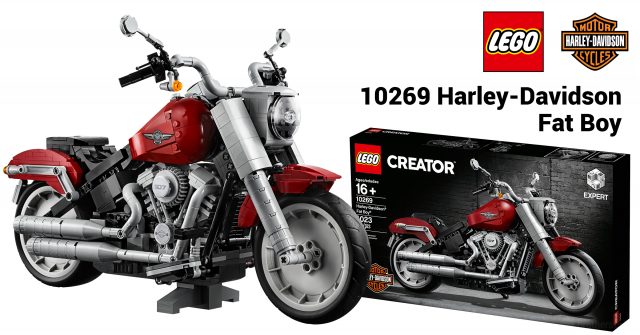 Keep reading for all the official details and images after the jump, and make sure to check out our hands-on review of the Harley-Davidson Fat Boy motorcycle posted earlier today.

END_OF_DOCUMENT_TOKEN_TO_BE_REPLACED

When it comes to motorcycles, few manufacturers are as internationally recognizable as Harley-Davidson. Since 1903, their bikes have proven themselves on the battlefields of World War I and II, dusty roads around the world, and in countless racing events. This rich legacy now includes LEGO set 10269 Harley-Davidson Fat Boy, the 2nd Creator Expert set to feature a U.S. vehicle (the first being this year’s Ford Mustang). Harley-Davidson first unveiled the Fat Boy for the 1990 model year, and the line has been in production ever since. Revealed for the first time today, LEGO’s version of the Fat Boy depicts the 2019 model with Milwaukee-Eight 107 engine. The set consists of 1023 pieces and will be available to LEGO VIPs beginning July 17th and to the general public worldwide on August 1st for $99.99 USD | $139.99 CAD | £84.99 GBP 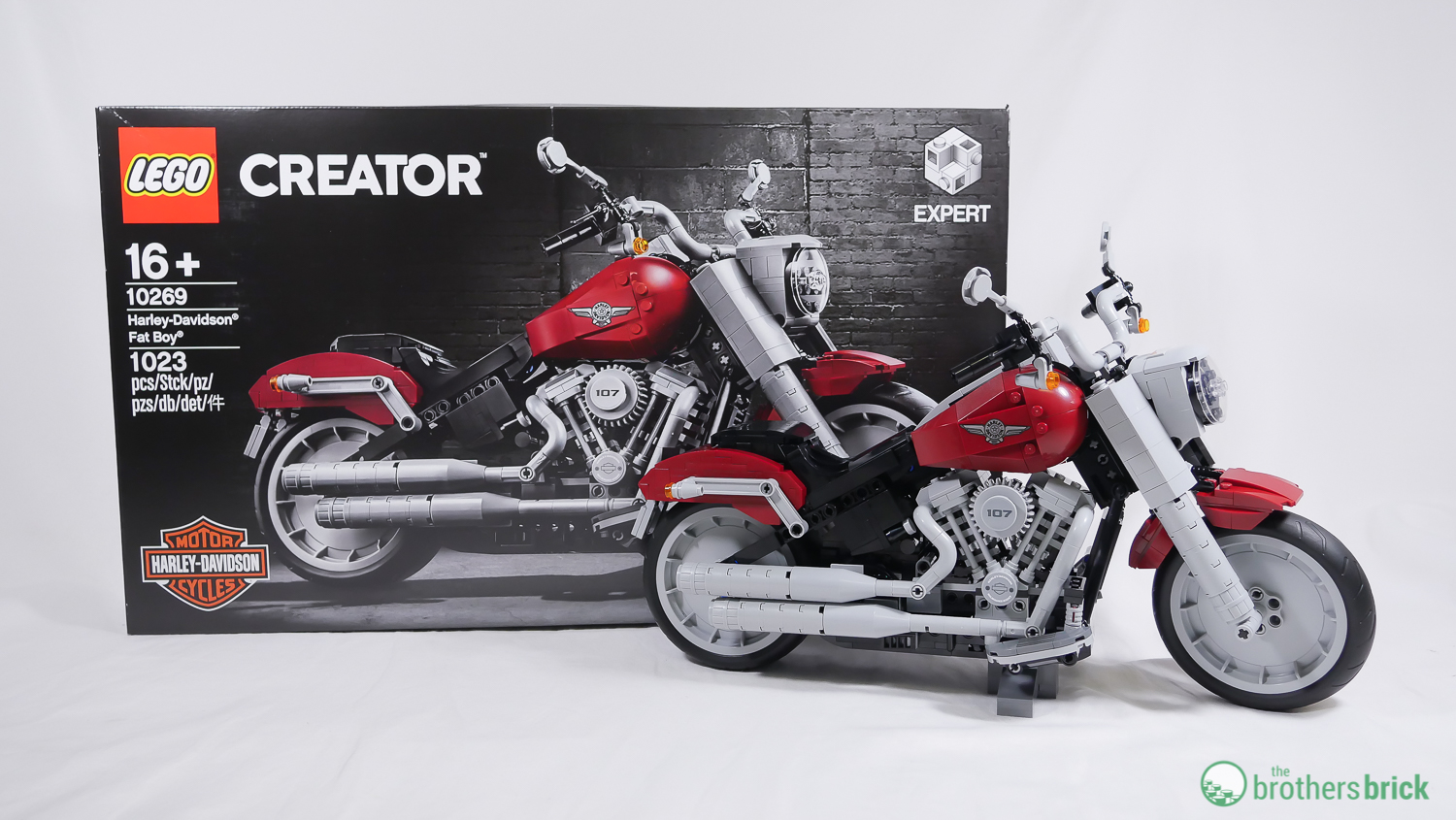