Behind every great LEGO set, there are always at least two or three talented designers ready to share all the new product’s secrets. The new LEGO 10295 Porsche 911 Turbo & 911 Targa revealed earlier today is no exception. In the latest designer video, Mike Psiaki shares his favorite things about the new model, while Carl Merriam explains how a side-project can become a retail product. Also, element designer Yoel Mazur shows the new elements created for the new Porsche. 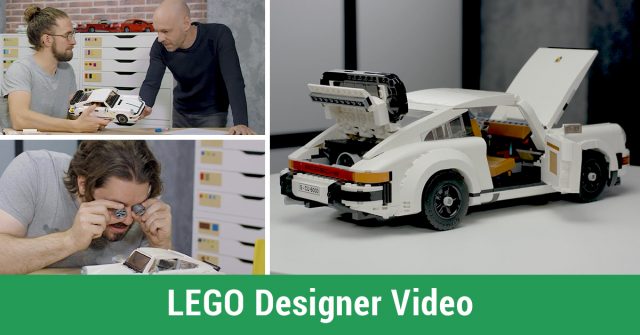 This is not the first LEGO heavy-detailed vehicle designed by Mike. Back in 2016, 10252 Volkswagen Beetle brought us some very elaborate structures inside the car which made the iconic Beetle possible on this scale. And just two years later, with the action-packed 10262 James Bond Aston Martin DB5 Mike proved that a Creator Expert vehicle can be functional and playable. Today, Mike’s signature P51 AK3 license plate can be found in yet another vehicle set, along with the European version and the Japanese one.