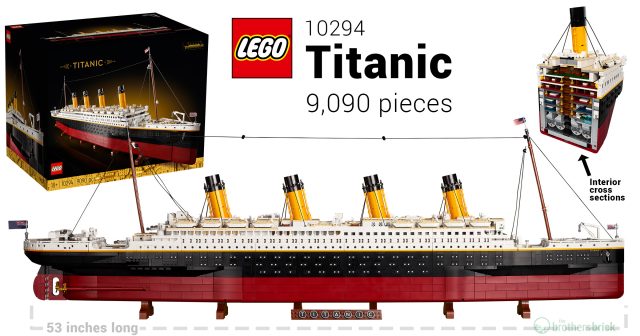 The Titanic edges out last year’s 10276 Colosseum set by a mere 54 pieces to take the second-highest spot on the list of biggest LEGO sets, but falls well short of the top slot, occupied by the 11,695-piece World Map mosaic set released earlier this year.

Be sure to also check out our full, hands-on review of the LEGO 10294 Titanic.

END_OF_DOCUMENT_TOKEN_TO_BE_REPLACED

The upper boundary for the size of LEGO sets has been steadily rising for the last decade as the company increasingly courts the attention of adult fans with broader interests and deeper pockets than the toy’s traditional audience. When the Star Wars Ultimate Collector Series 75192 Millennium Falcon arrived in 2017, it set a new high watermark with a whopping 7,541 pieces. That record has since been broken several times. LEGO’s latest venture into the open waters of adult collector pieces comes in the form of the world’s most iconic ship, one whose name is synonymous with its monumental place in history. 10294 Titanic doesn’t quite get the top slot on the part-count hall of fame (that record goes to 31203 World Map mosaic from earlier this year) but at more than 4 feet in length and 9,090 pieces, it’s the largest traditional LEGO model of all time. It features a detailed exterior and segments of the lavish interior. The monstrous ship launches next month, and will set you back US $629.99 | CAN $799.99 | UK £569.99 when it’s available Nov. 1. 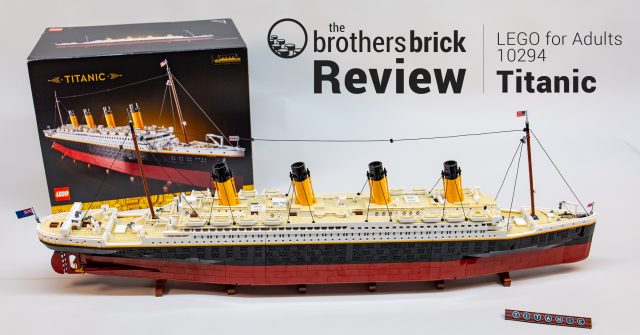