LEGO builder Kevin Wanner made a trip to San Diego recently, took a few photos, and treated us all to something amazing. In his words; “Día de los Muertos or Day of the Dead is traditionally celebrated on November 1 and 2. It is a holiday of joyful celebration involving family and friends gathering to pay respects to those who have died. Traditions connected with the holiday include honoring the deceased using calaveras and Aztec marigold flowers known as cempazúchitl, it is also common to give gifts to friends such as candy sugar skulls.” I love the colors and festivity of it all. The flowers, painted cobblestone tiles, sugar skulls, and various cactus plants are all fun details. Even the photography, with its depth of field, is expertly done. It gives us a reason to celebrate the loved ones who have passed on. 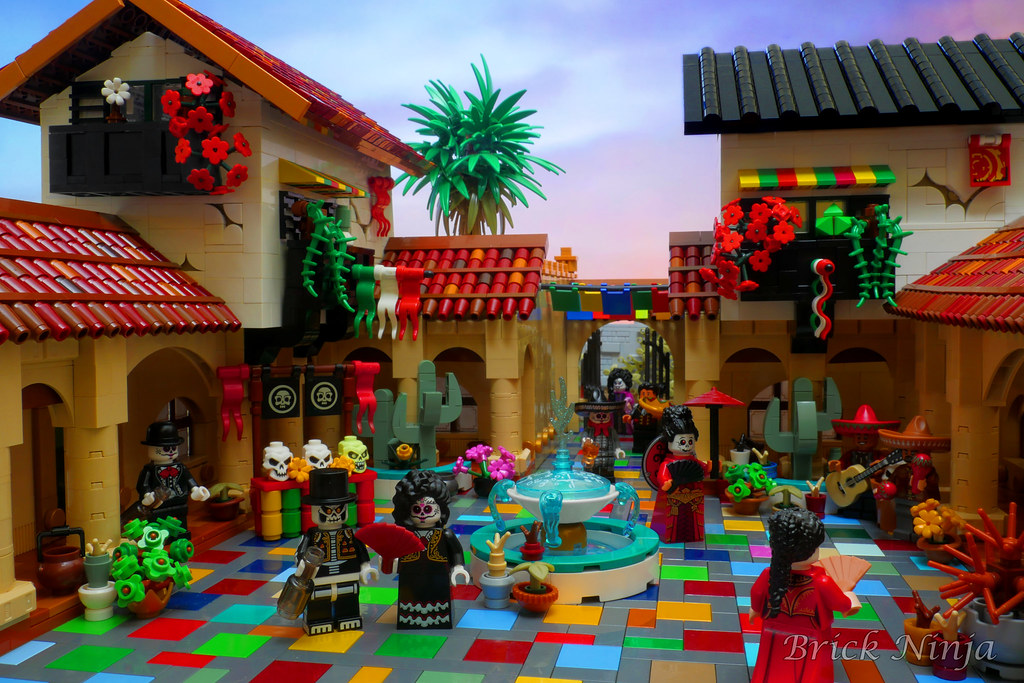 Fresh out of the oven, we have this nostalgia-laden creation by Kevin Wanner, revamping the classic LEGO set 6350: Pizza To Go. The added textures to the white walls of the kitchen feels like something from modern set design, as does the use of dark green in the color palette for the roof. The giant palm and expanded outdoor eating area are both welcome additions here. And I adore the choice to place this vignette on a circular cutout of street and sidewalk, as opposed to your typical, boxy baseplates. But by far, my favorite touch in this restoration is the adept use of the set’s original “Pizzeria” sticker, with part of it remaining as the shop’s sign, and the top slice circling the table’s umbrella. What an excellent idea! 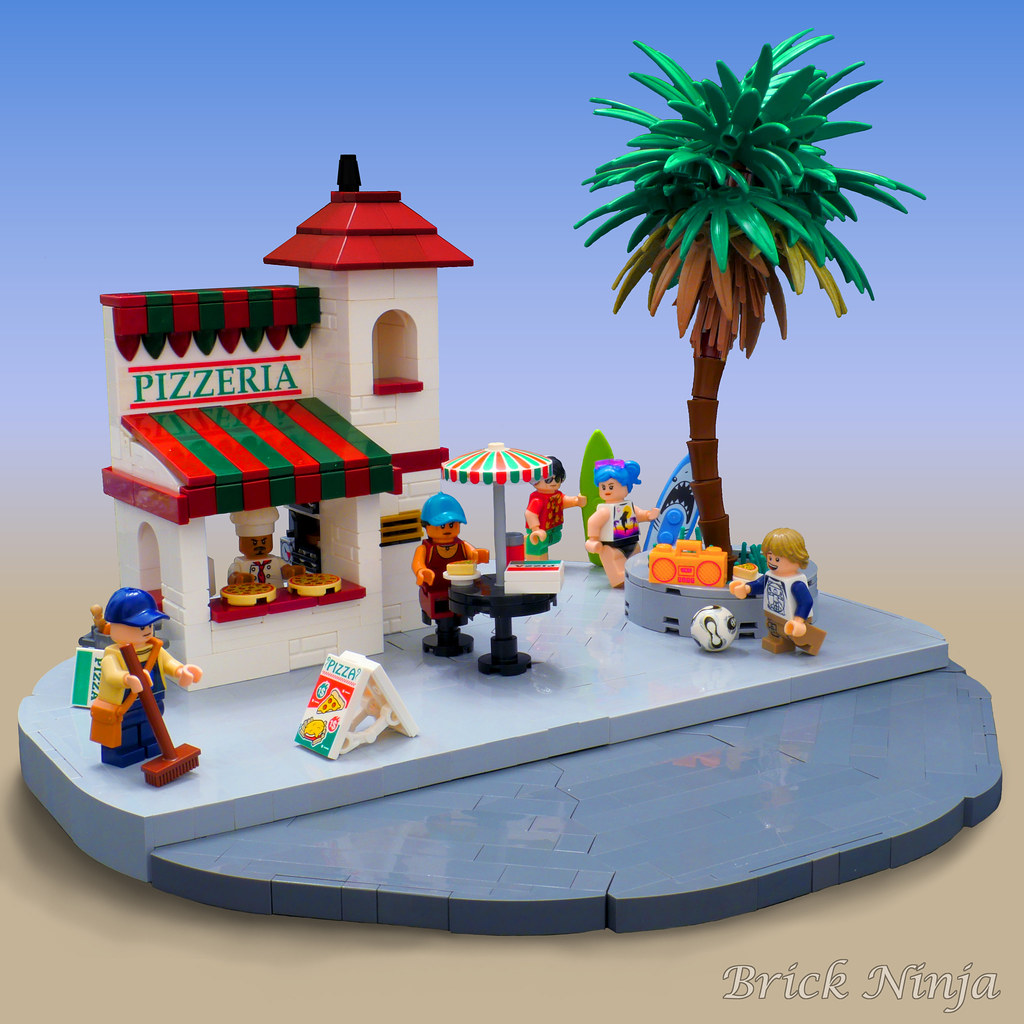 The eerie city of Shadar Logoth stands in magnificent ruin in this large diorama by Brick Ninja. They’ve been slowly working their way through scenes from Robert Jordan’s monumental Wheel of Time series, presenting each snapshot completely immersively. Brick Ninja doesn’t show us the full build–or even if the structure is more than a facade. Instead, it’s built for the camera, to be seen from this angle, and it’s beautiful, with architectural details sculpted throughout. The detailing at the top of the large central doorway is especially nice, as is the huge domed roof. 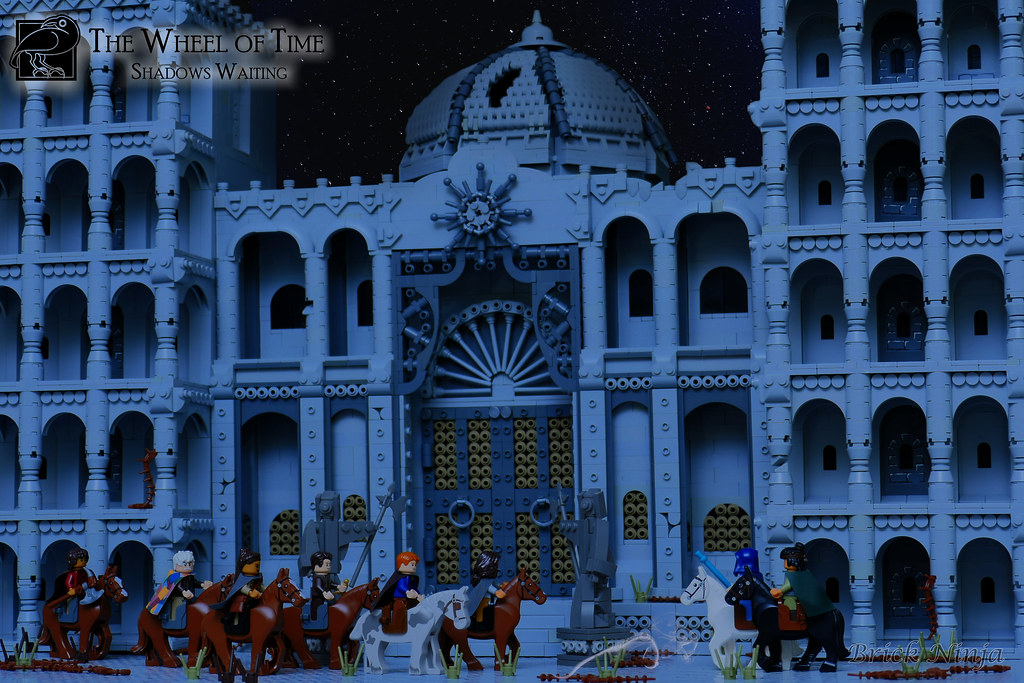 One thing better than a model by a super-skilled LEGO builder is a model by two super skilled LEGO builders. Joe (jnj_bricks) and Brick Ninja teamed up to create the Temple of the Rising Sun, a moment of battle captured for RebelLUG’s Kingdoms at War II contest. Brick Ninja handled the foreground’s battle scene, fortress, and bridge. Joe created the temple and background landscapes. The cool thing to me is how integrated both builds are. The repeated motifs of circular gold rings, wall textures, vegetation style, and red accents unify the two creations into a seamless whole. 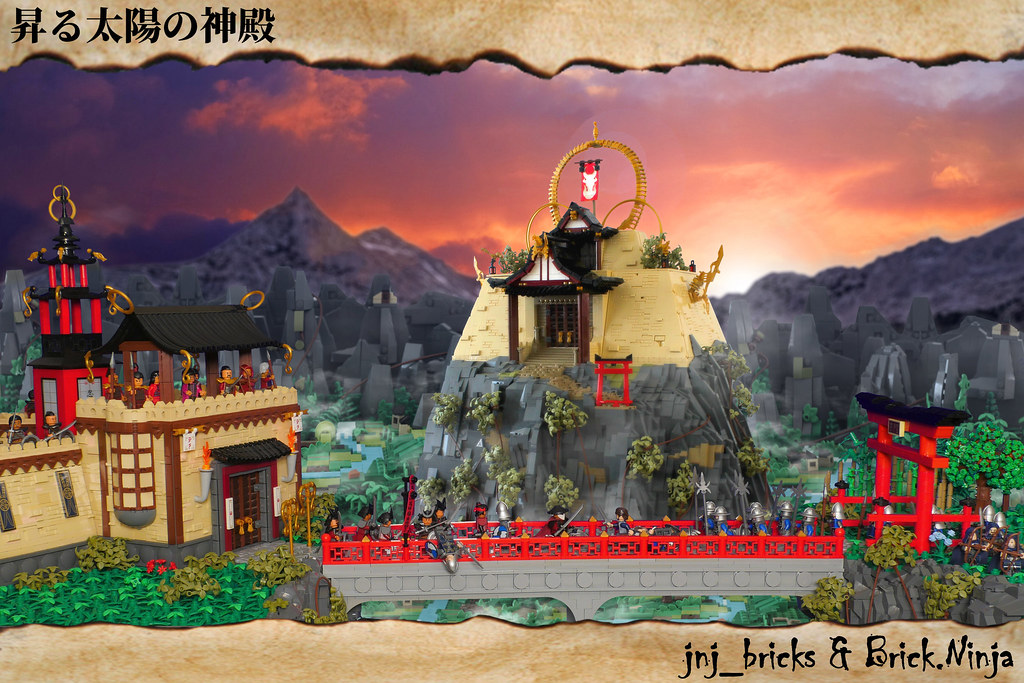 Brick Ninja’s fortress is alive with interesting shapes and creative part usage in the torches. The bridge is elegant and action-packed. And be sure to spend some time zooming in on the background to appreciate the great forced perspective building from Joe. And when you’ve soaked up all you can from this image, go look in our archives for more great temple builds! 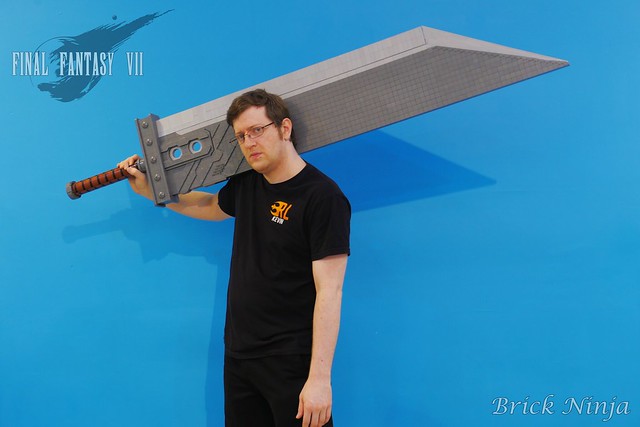 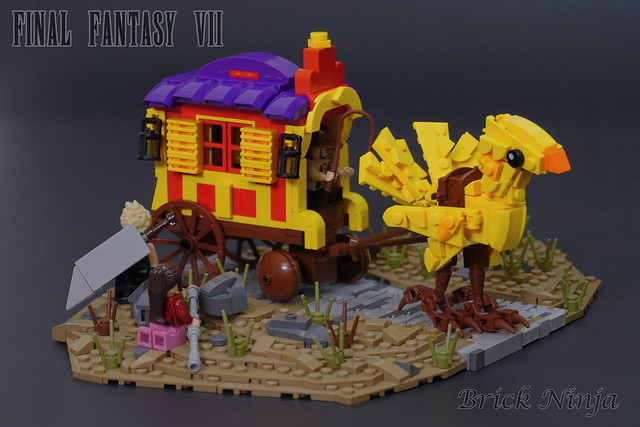 END_OF_DOCUMENT_TOKEN_TO_BE_REPLACED

I love vehicles with big, knobby tires. Just love ’em. My dream ride is a tricked out, super-lifted Jeep Rubicon, ready to crawl the ruggedest rocks on the planet. But that’s not all big wheels are good for. They are also useful for getting your massive military machine from point A to point B, through all weather and terrain. Brick Ninja demonstrates this ably with this LEGO artillery truck. The olive green looks appropriately military, and the splash of orange gives a nice pop of contrast, adding some sci-fi flair. It says, “Camouflage? We don’t need no stinking camouflage!” The greebles are not overdone, which makes sense since it is an armored vehicle (who would leave a bunch of important stuff on the outside to get blasted off?). And I love the crew, complementing the colors of the vehicle while giving life to the scene. 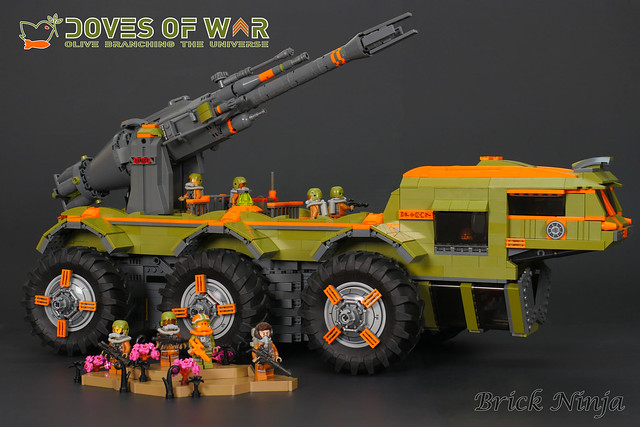