This gorgeous piece of LEGO architecture by Andrew Tate is an Art Deco fantasy. Growing up near beach towns as a kid I saw tons of places like this with names like The Dunes, Ocean Vista and The Tides. They were bright, cheerful buildings with tropical color schemes and sun burned beach goers coming in and out. I was fascinated by the various examples of architecture, which ranged from Art Deco design to that of the Atomic 50s. 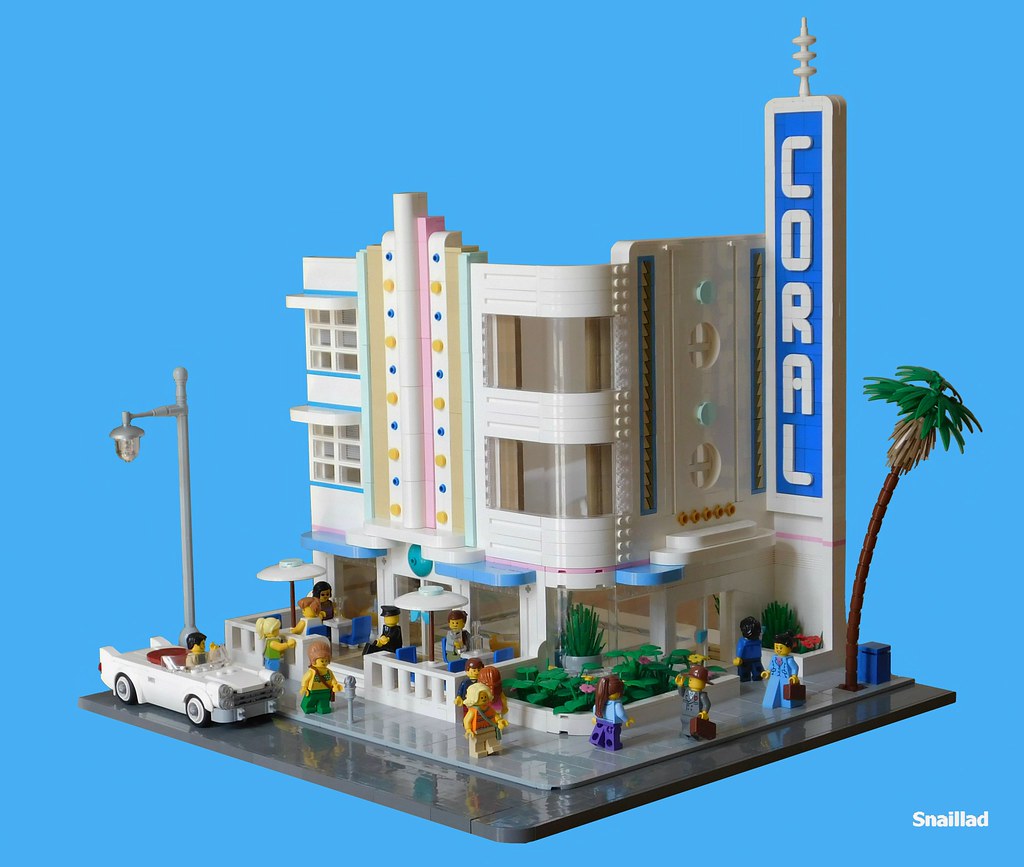