LEGO’s has revealed new Creator, City/Space, and Ninjago sets for Summer 2019, and now it is time for Architecture. We previously saw 21045 Trafalgar Square revealed on a Facebook set-signing event, but this is the first look we’ve gotten of 21046 Empire State Building. This will be the the iconic New York skyscraper’s third (and by far largest) outing in LEGO form following the simple 21002 Empire State Building and the more recent 21028 New York City skyline set. 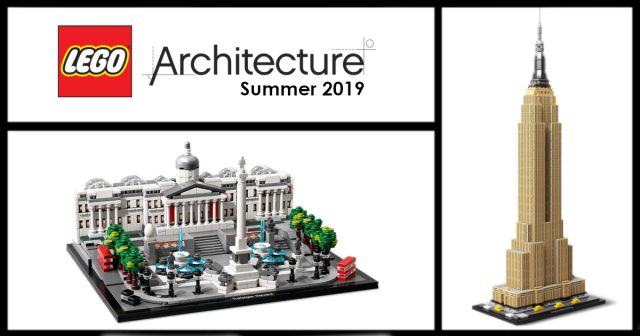 The sets were revealed by Belgian retailer Toy Champ with an estimated release date sometime in late May. We can provide approximate prices by converting from Euro to USD.