There’s something extra cool when LEGO crosses paths with Art Nouveau. This amazing wasp-winged table lamp, designed by Ted Andes, was inspired by antique Tiffany lamps. And as cool as that lampshade “glass” is, I admire the twisting metalwork accents the most. Although the small details like the gracefully curving wall plug and period-accurate light-switch are also in the running. 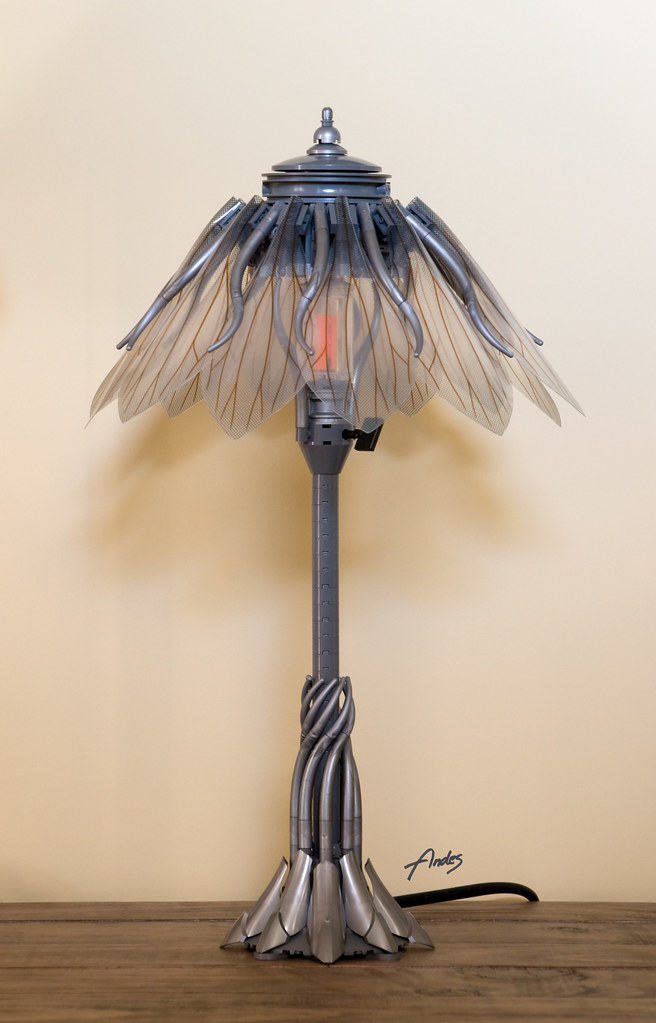 Taking off the top, you can better see the brick-built vintage lightbulb and the complex construction that went into the shade’s base. Seen out of context, that lampshade could easily double for a Matrix-inspired robotic vehicle. Amazing work, there. 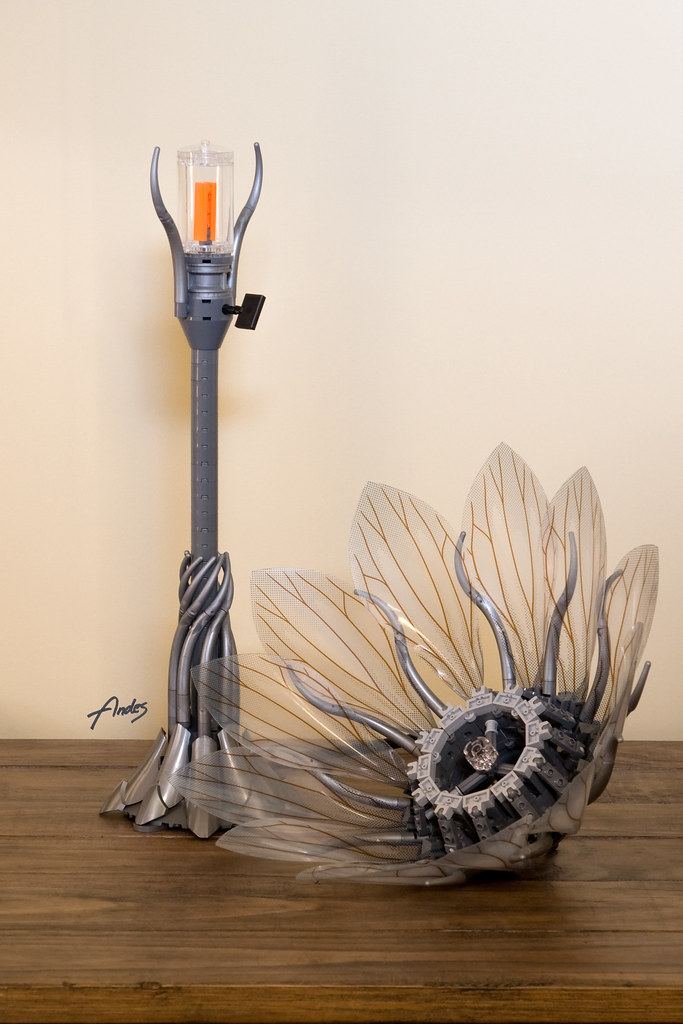 Built as part of the Bio-Cup contest, Ted was limited to using 100% LEGO elements. That means that this lamp doesn’t light up…yet. Ted says that he plans to add that “non standard” functionality in the future, with an eye on displaying it at an in-person LEGO convention. You know, when those are a regular thing again.

1 comment on “You light up my life. You know, because you’re a lamp.”