Watching the Harry Potter films is somewhat of a holiday tradition for my family. Builder Castor Troy has surely seen the films plenty of times because his model of Gringotts bank is spot on. The size and bulk of the build match perfectly to the Minifigure Ron and Harry hanging out by the large front doors. The leaning columns that make the face of the bank so distinct are wonderfully captured. The dome capping it all off is actually Yavin-4 from the second series of the Star Wars Planets. I have to commend that parts usage due to its marbling of greens and gold. It perfectly matches the gold detailing around it and the bank as a whole. The architectural style of the building is well built, full of detail and prestige. 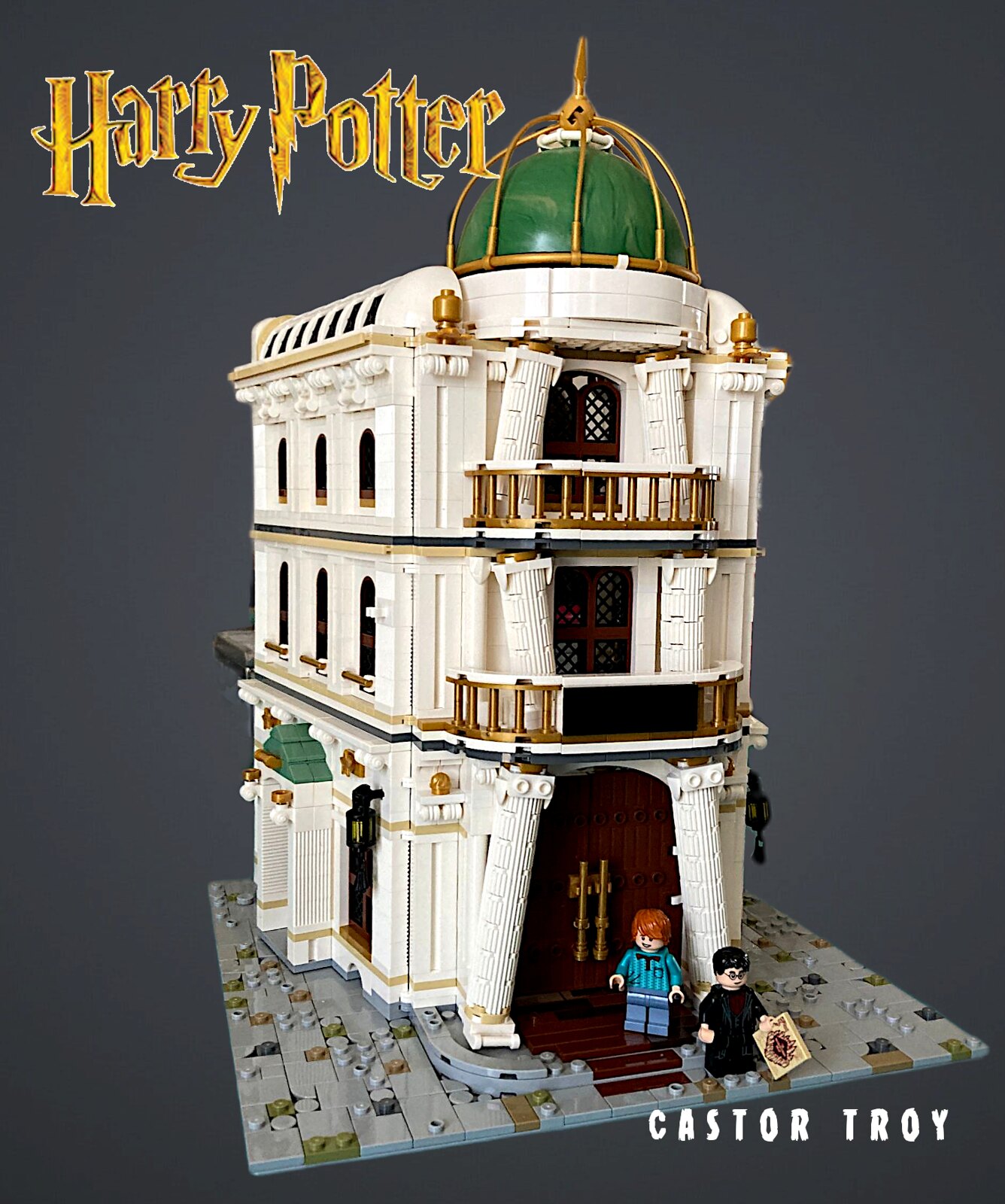 Harry and Ron are probably off to spend their holiday money amongst the shops of Diagon Alley. Hopefully, they get something practical in addition to the sweets, Quidditch gear, and joke supplies. Then again, it is Ron and Harry. 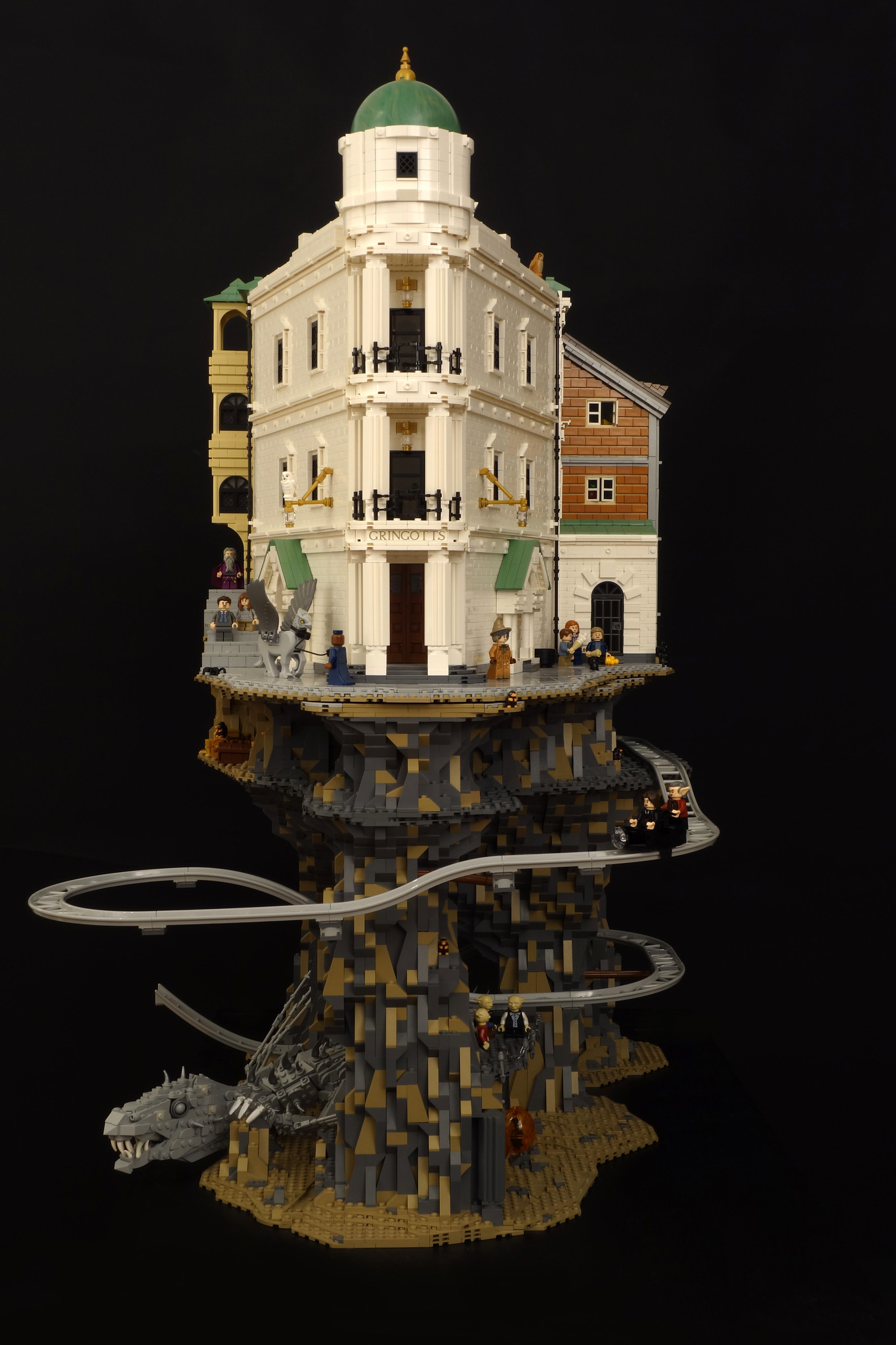 This latest creation by Andrew Tate brings some 1920s style to a staple modular of any LEGO city. Standing at four stories tall and topped with a clock tower, Andrew’s Art Deco bank has both the perfect color scheme and expertly designed architectural details. The light bluish gray concrete facade flaunts a variety of textures and geometric patterns, ranging from your standard 1×2 grille and log bricks to 1×1 pyramids and angled tiles. The use of SNOT with tiles achieves a sturdy look fit for a bank, while techniques like the slightly offset dark green cheese slope detailing and gold accents around the windows break that monotony. 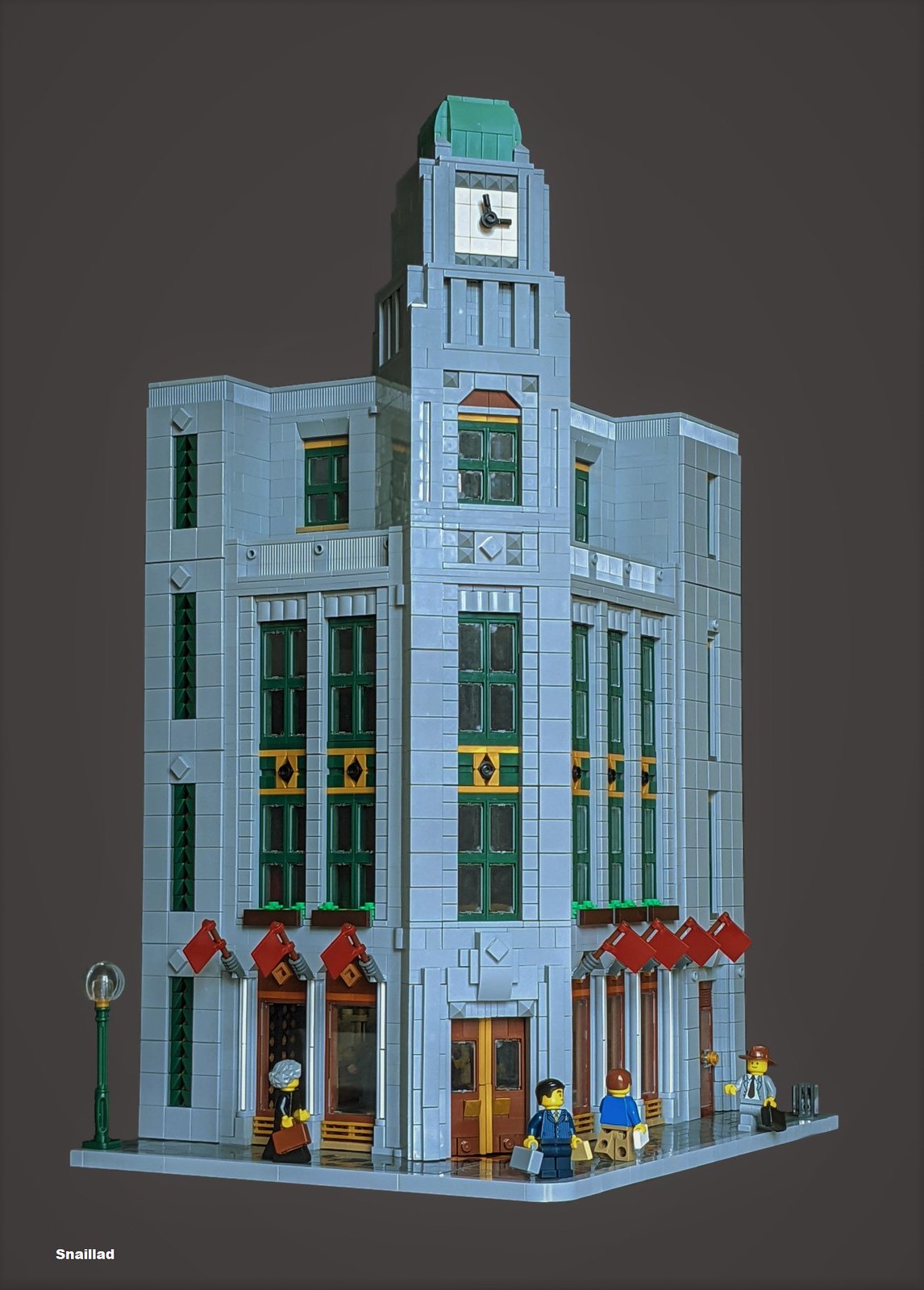 END_OF_DOCUMENT_TOKEN_TO_BE_REPLACED

Looking back, I spent a lot of time as a kid-builder hoarding the LEGO money and gems. Every shiny item either went into the good ol’ 2x2x2 container box or a brick-built safe. Of course, my safes were rainbow-colored and typically had a lid instead of a door, but hey, they got the job done. Building 10251 Brick Bank took me back to those days. But so many builds could use a good safe, not just a bank! Perhaps you have a mansion or a mobster hideout? If you need a little inspiration (or instructions) on how to build one, Tiago Catarino is your guy! One of his recent tutorials features this adorable little safe with plenty of storage for those gold bars, coins, and cash. 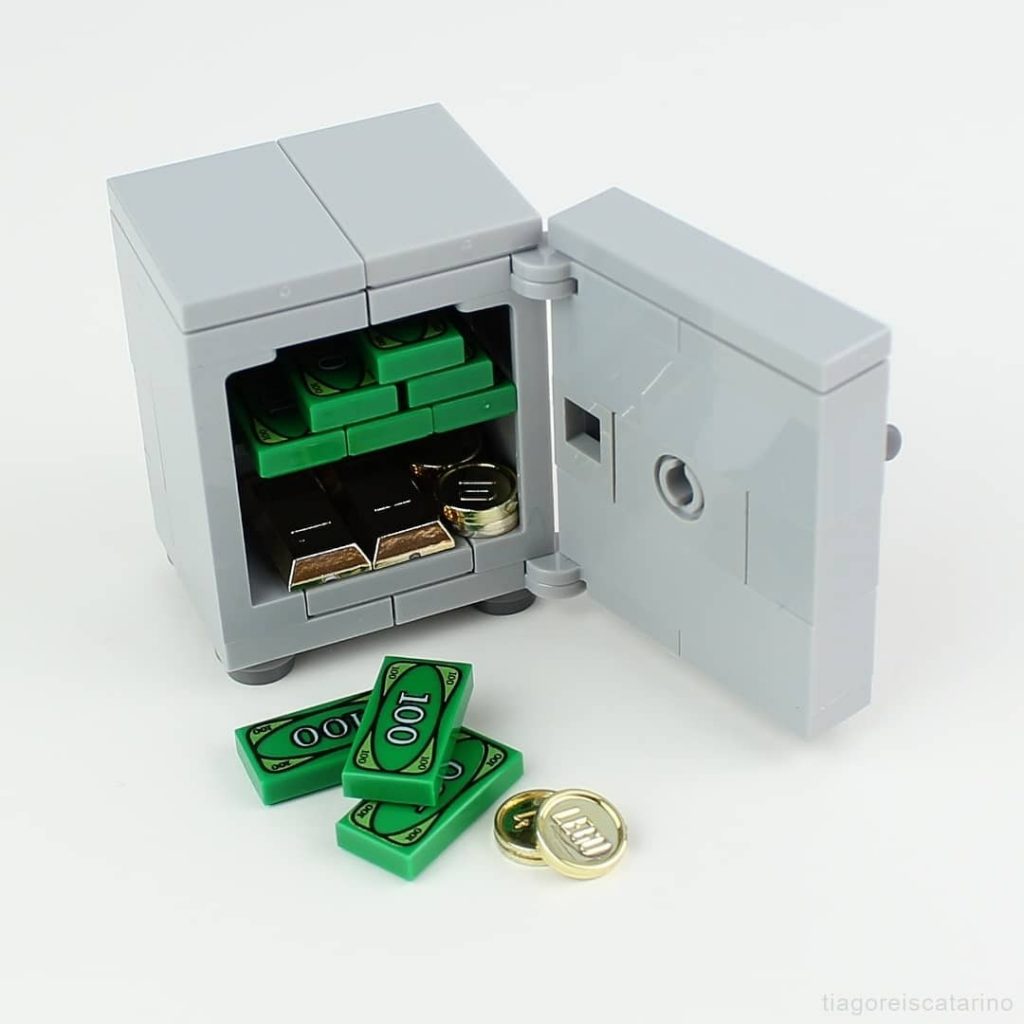 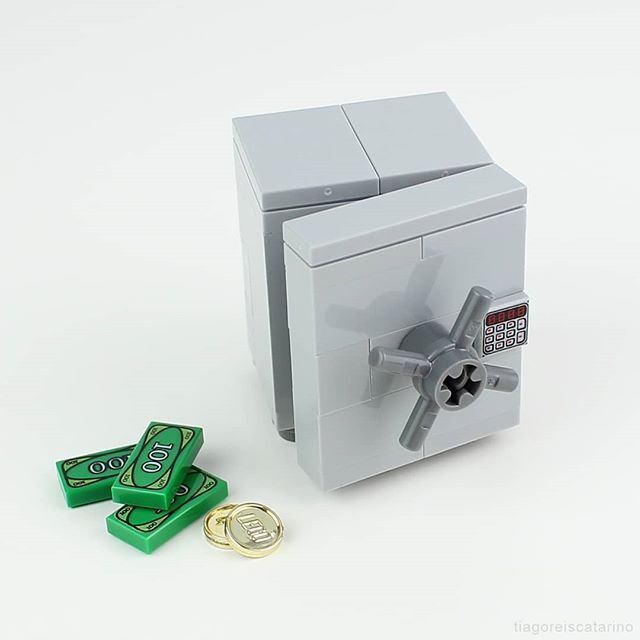 Click the link below to follow along with Tiago as he shows you how to build this sturdy hideaway.