This charming street market by de-marco looks like it might be inspired by a real location, with so many clever details, like the angled roof made from alternating cones for a nice tile look. The sideways windows above the shop are a great alternative to upright placements, and the cones repeated along the front rooftop work well to echo the awning below. 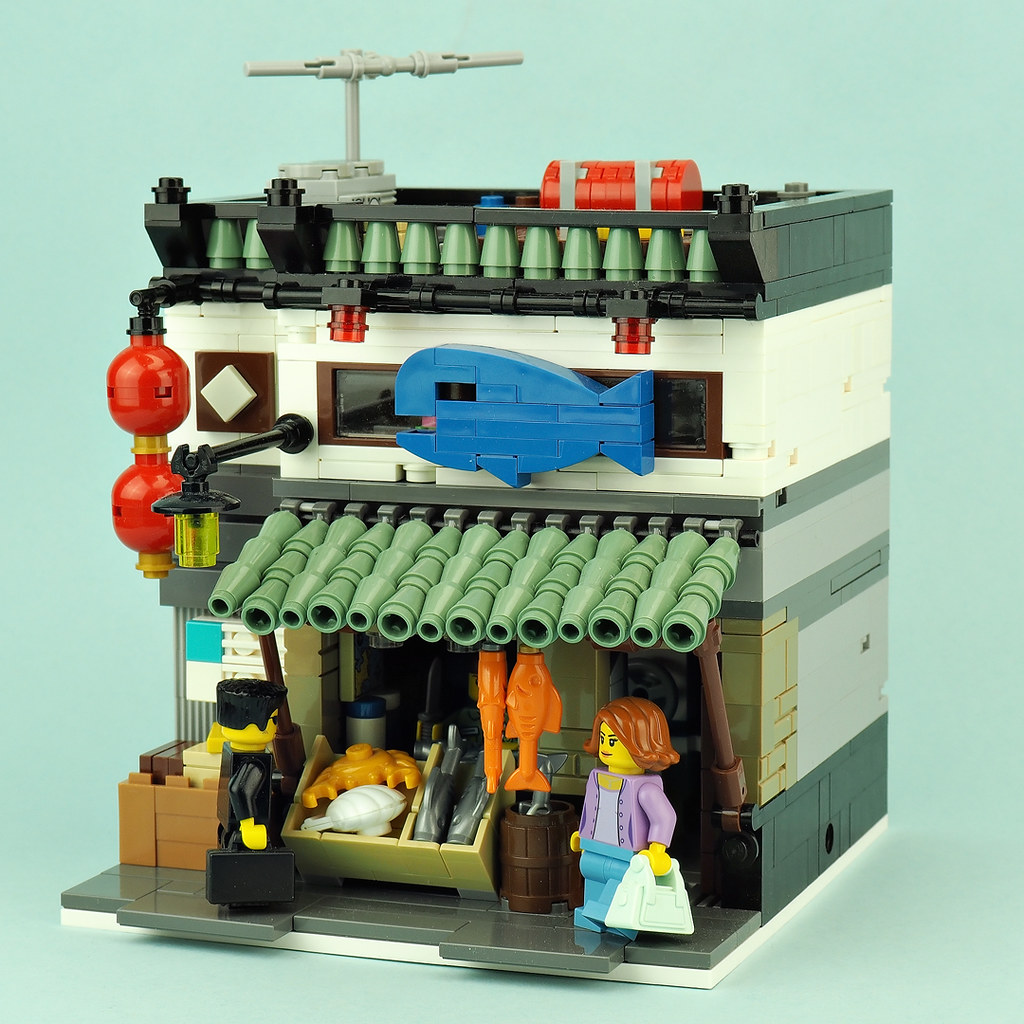 The builder has a good eye for distinct details that really help set their scenes apart, like in this model of a police station, where a sideways fence piece, possibly a small holding cell window, and stacked air-conditioning units provide points of visual interest. but my favorite detail is the dark-orange star on the top. 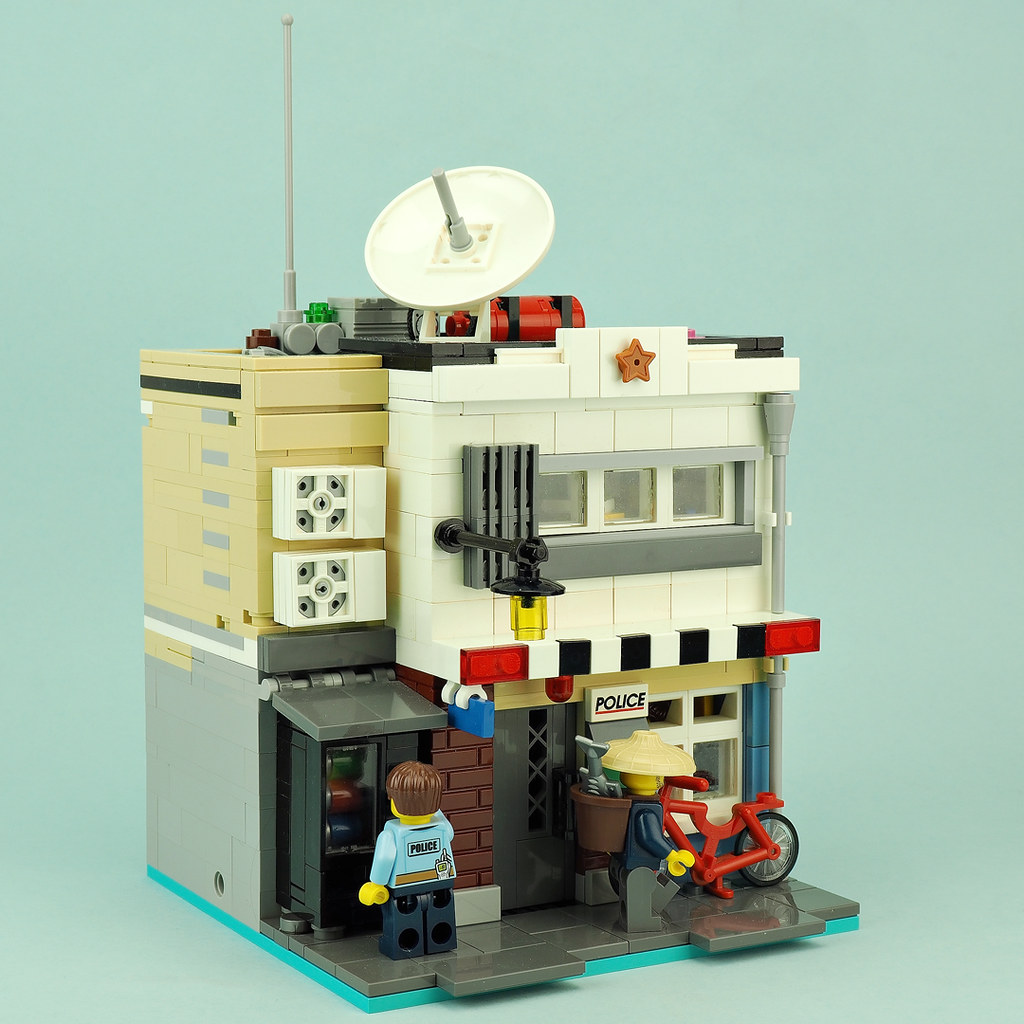 This is a street that makes me feel the opposite of the blues! Kristel Whitaker built a collection of identical townhouses inspired by the colours of the world’s oceans – and also LEGO’s many blue colours. Titled “Ocean Drive”, this build is not only the modular houses but an immersive scene of its residents. The children – currently on summer holiday – are playing outside with the cats while their grandma sits on the front steps. The others come and go, both for work and leisure, and the resident flamingo watches the neighbourhood amongst the flowers. Life is good in the big city. 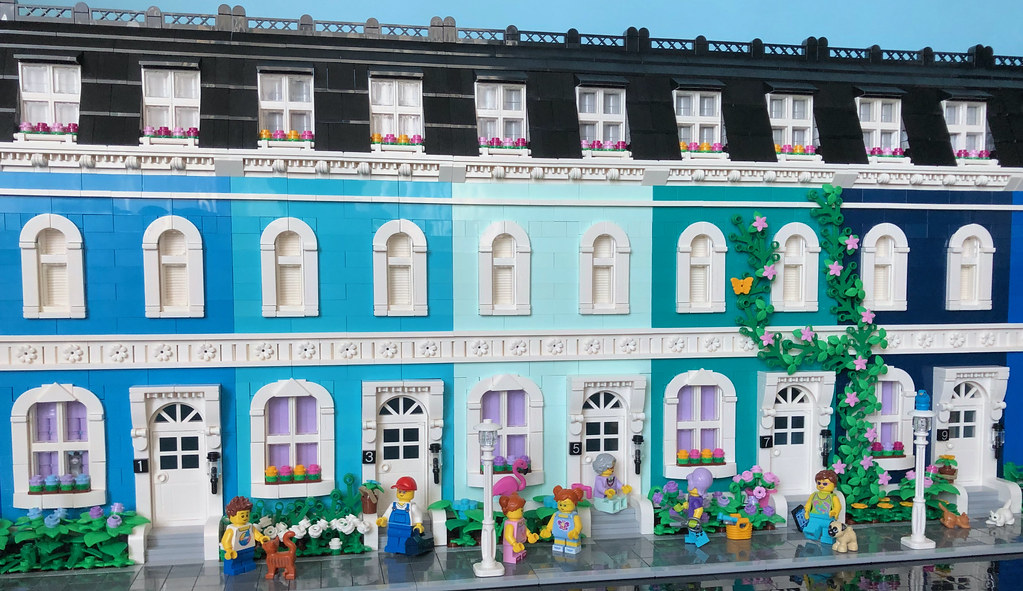 I love how this is reminiscent of London’s famous Portobello Road, which features similar Victorian-terrace houses. Each of LEGO’s common blue colour looks good – especially teal! This scene radiates a certain warmth, both because of the inclusion of light aqua and medium azure, and also the flowers in each garden. I also like the architectural detail of white flowers in the crest that separates the first and second floors. It’s definitely a street that I would love to live in!

Up-and-coming builder Aubrey Beelen presents a detailed cyberpunk street scene with a food vendor. While the scenery appears desolate, it is colourful and packed with stickers that enhance its futuristic nature. The fun, rugged minifigures also reflect the genre of the build alongside the vibrant speeder. In addition to a detailed exterior, the food stall includes cooking appliances and Power Functions LED lights that brighten up the kitchen. 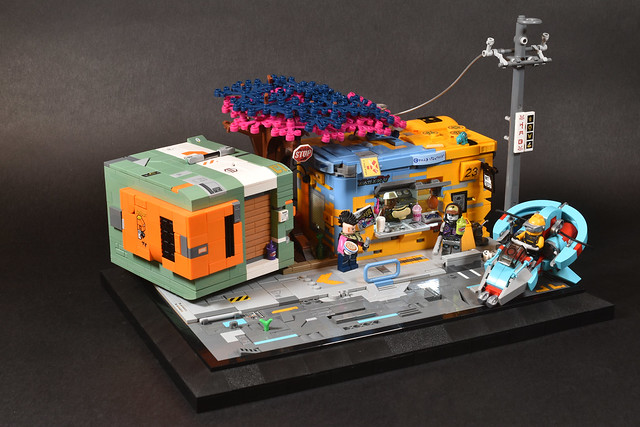 END_OF_DOCUMENT_TOKEN_TO_BE_REPLACED

There are some LEGO builds that floor me due to immense size and insane detail, and then some that get me due to a tiny space filled with exceptional part use. LEGO craftsman Joffre Bricks’ new motorcycle, Blue Heart, is absolutely the latter. Being stumped by parts isn’t really a thing that happens all that often for me but this beautiful ride had me going on a mission. The fuel tank here made of a Hero Factory jumper body top was a great challenge to track down and identify. Its employment here is just superb. Joffre’s use of blasters as the rear exposed subframe is also a nice touch. Blue Heart’s shaping makes me wonder what the builder’s motorcycle muse was… the Lotus C-01, or maybe the Ducati Panigale V4 R? 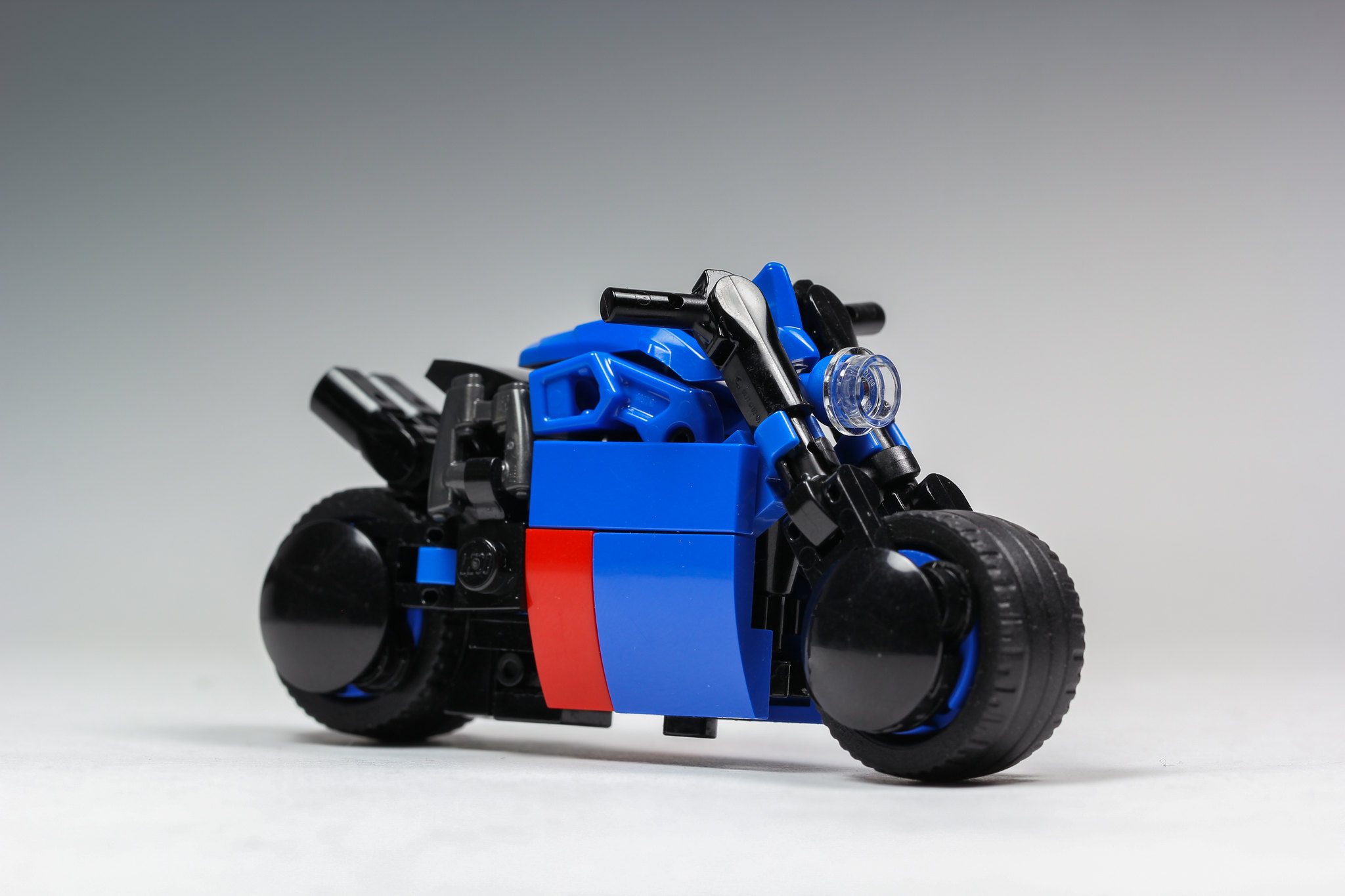 For a radically different view, though equally impressive, of Joffre’s building prowess, check out this little gift.

Sometimes simple creations can be the most fun and interesting. This one by Eddy Summers is so cute and clever that I’m jealous I didn’t have the idea! I have built a large scale micro-build diorama myself, but there is something really neat about this small snapshot. You can probably imagine making a whole bunch of them, in this perfect square shape, lined up in a row. Of course, with LEGO and a little imagination, the possibilities are endless! 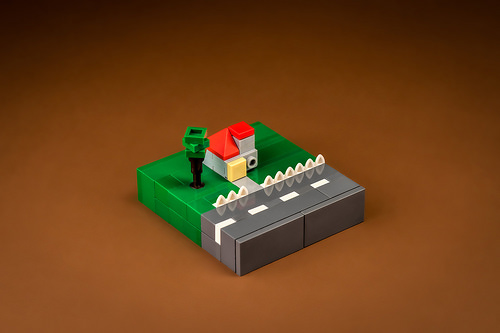