You may have recently noticed a dramatic increase in the number of crab creations in the LEGO community. Rising with this increase has been the use of the pun ‘feeling crabby’ – which, to be fair, is a good one. Heck, we’ve even used it twice (yes, twice) on this very website, and those weren’t even written by resident pun-meister Lino. DanielBrickSon has rather forced our pincered hand into using it a third time. In our defense, how else would you describe this piece of artwork? It’s named the Hana Crabba, and I can’t tell if that face is camouflaged to ward off predators or if this is some sort of ancient crustacean deity. Either way, it doesn’t look best pleased to have been turned into a beautiful piece of brick artwork. How ungrateful! 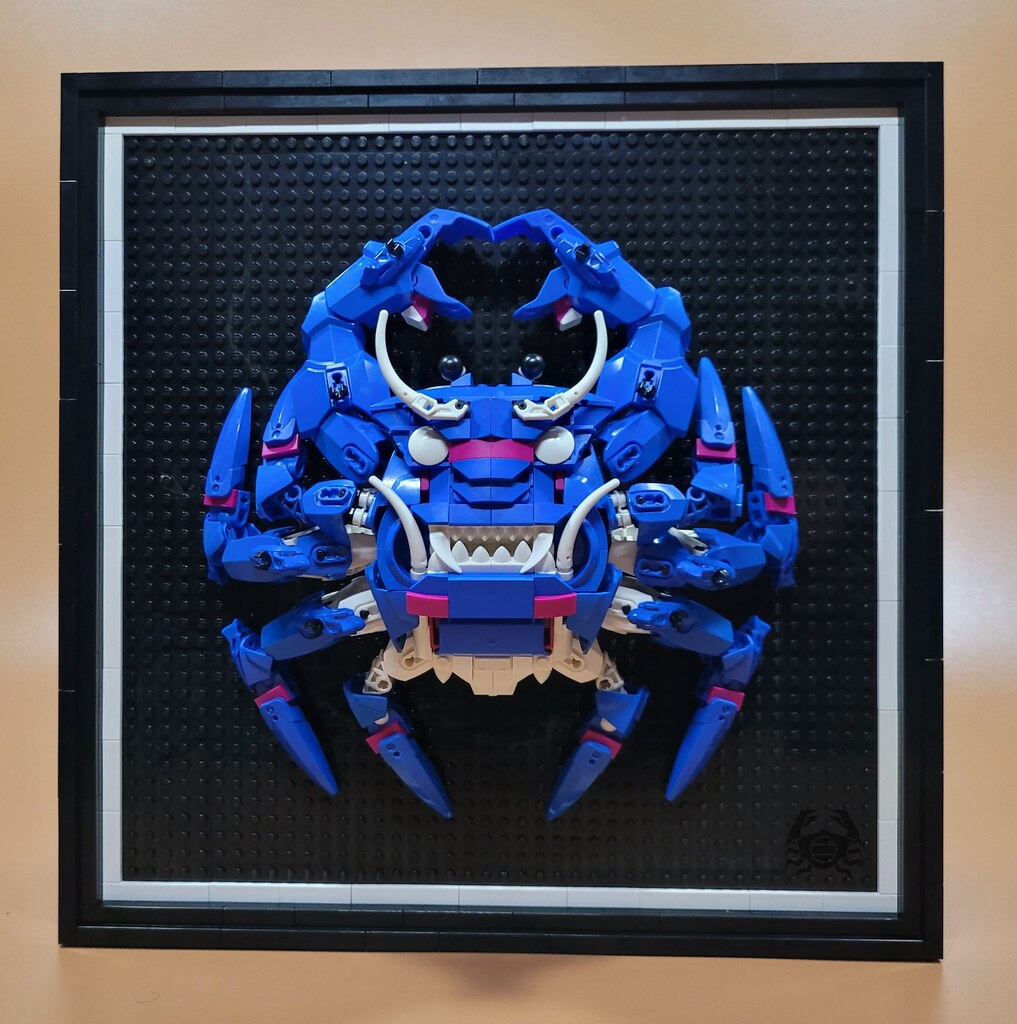 This ferocious feline comes from the talented builder, DanielBrickSon. The beast is named “Meara the Metalworks Tiger” and has fought through the first round of the Biocup competition, allowing its creator to proceed to the next stage. The hulking form of the tiger is made up of a great variety of Bionicle pieces, all applied to create beautiful shaping throughout the model. In order to portray the twisting spine of the build, DanielBrickSon has used Barraki crossbow pieces as their rubbery texture allows them to bend. 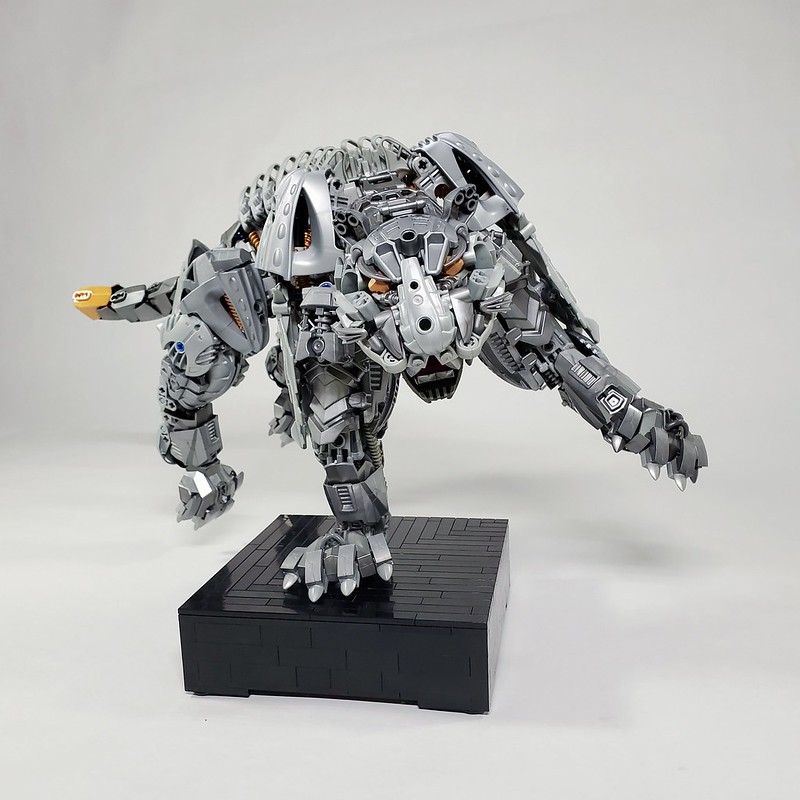 Rare armoured mask parts are used to form the tense shoulders and areas of the upper back legs. The model is reminiscent of Battle Cat from He-Man, if the cat went fully armoured. There’s also a 360 spin so that you can gaze upon all of the model’s glorious details.

In a LEGO world of massive castles, spaceships, and battle mechs, sometimes I appreciate the littler oddball things. My case in point; this manta ray by DanielBrickSon. It makes me wonder what it would be like to be a manta ray just gliding in the ocean depths without a care in the world. It’s a pleasant thought, really. Daniel calls it Mantax, which my limited research cites it as being the German name for the Pokemon Mantine. It also shares the name with this old Bionicle figure. Whatever it’s called and whatever the inspiration, I think it’s pretty neat. 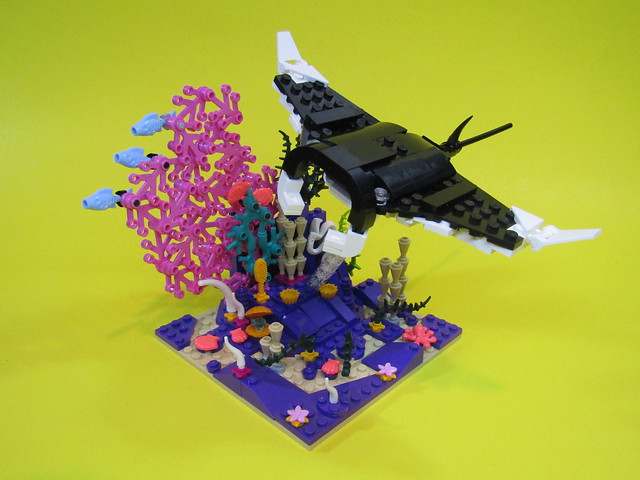 Who needs the Four Horsemen of the Apocalypse when you have this Kumamoto Castle Samurai, who can do more ass-kicking and raise more holy hell than four horseman combined. Or, at the very least, he would ruin your 日本の宴会. DanielBrickSon is a master of building with Bionicle and this is some amazing feat. To give some perspective to the massive scale of this, the flag is a sail from the 70618 Destiny’s Bounty set. The flag topper is a minifig-scale horse battle helmet. So just imagine your minifig horse wearing it next to this beast and you’ll get a feel for what it might be like to do battle with this awe-inspiring samurai. While masterful build techniques abound, the 2×4 plates facing studs-out along the base are an excellent touch. This would look to be right at home as a centerpiece sculpture in any Asian art museum. 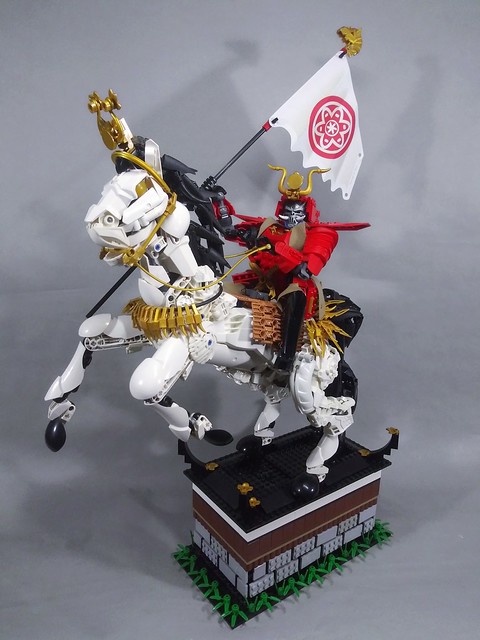 Did you know that praying mantises are one of the fastest animals on the planet? They creep deceptively slow as they stalk their prey, but these stealthy strikers can snatch a meal twice as fast as the blink of an eye. Now, I don’t think this mantis, built by DanielBrickSon, is going to be making any sudden moves, but it sure looks good! The body-shaping is accurate, and the use of the Ninjago sword for the front legs is a perfect touch. I have to say, though, one of my most favorite parts is the use of the shin guards for the branch bark, a technique first seen on the cherry tree in Ninjago City. 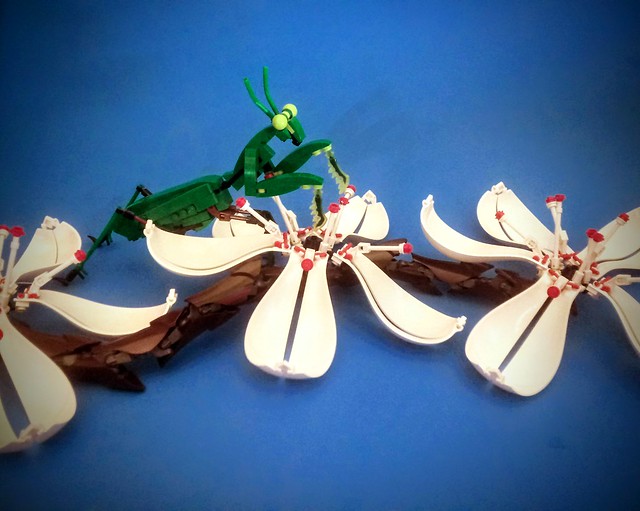 Another fun fact: male mantises can continue to mate, even after the female decapitates them. She will eat him and any other would-be partners in order to give the eggs the best chance of survival. Romantic, huh? If you like LEGO animals, take a peek at some other (non-cannibalistic) creations, like a handsome boar or this colorful Bioni-frog.