In early February we announced that LUGNuts, which is the online group for LEGO car lovers, was celebrating its 100th monthly challenge by organising a car building contest. Prizes were sponsored by TBB, among others. The cars to be built were randomly assigned to the contestants from a list compiled by LUGNuts admin Lino Martins. He has announced the winners to the group’s members and it is my pleasure to present them here to you. 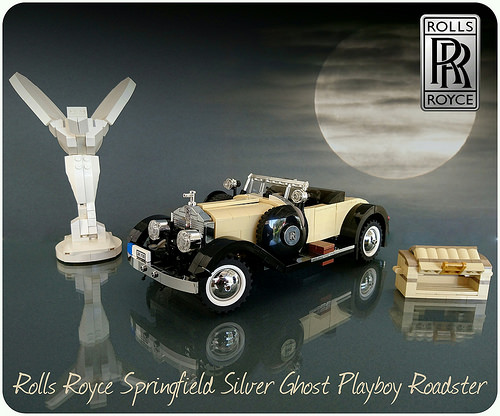 Thanks to a certain magazine, its name may not sound particularly classy nowadays, but it’s a beautiful car that is well built and very well presented. If you think you’ve seen it before, this may very well be because it was featured in a post by Elspeth little more than a week ago.

The entry that won the second prize is a bit gassy rather than classy: “El Laxante” by Andy Baumgart (D-Town Cracka). His assignment was to build a Chevrolet El Camino, which he brought to another level by putting it on tracks, among other things. It’s crazy, over the top and in real life would probably be smelly and very loud, but it’s fantastic. 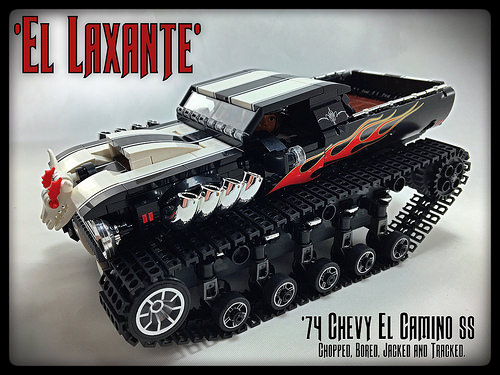 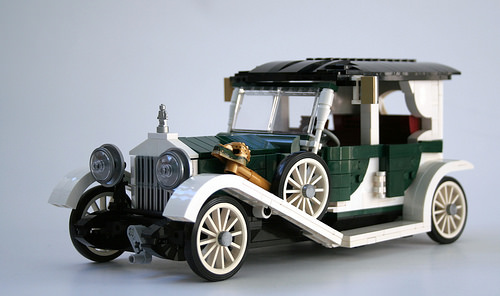 These winners were decided by combining top five lists of each of the five group admins and moderators.
The contest got an impressive 77 eligible entries and there were a lot of great models to chose from.

Other entries that were on several of the judges’ lists, but that didn’t quite gain enough points to end up among the prize winners, were the Volksrods by _Tiler, the Chrysler Town and Country woody by Velocites and the studly Ford F100 by TechnicNick. On behalf of TBB and LUGNuts, I’d like to congratulate the winners and thank everybody who participated for making this the best LUGNuts challenge to date.

Feast your eyes on this purple ’71 Chevelle SS Wagon that clearly has an attitude problem from a builder who needs no introduction. If you’re going to be in Seattle Washington next weekend for BrickCon you can see it in person along with a table or two of magnificent vehicles and chat it up with the King of cars. 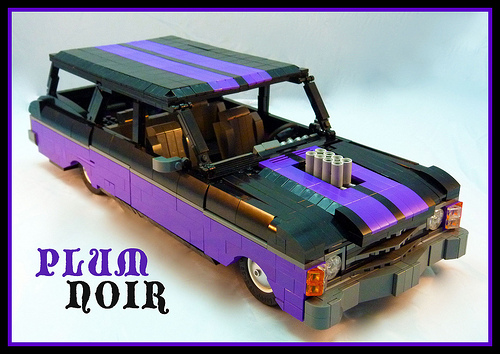 I’m also fortunate enough to be attending BrickCon this year, so stop by and say hello, or tell me what a jerk I am for hating Dr. Who….whatever. I’ll see the rest of you in two weeks, or longer depending on the hangover.

Tim Inman (Rabidnovaracer) gives us this snazzy Maserati Tipo 151/3, built for the LUGNUTS “Order By Number” Challenge. Some notable points of interest, minifig ski poles for the windshield pillars and Wolverines claws for the Maserati logo. 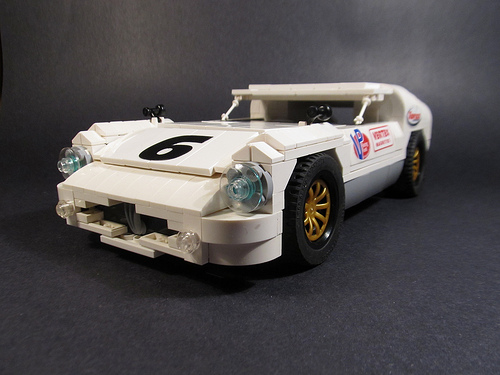 Shannon Sproule (Shannon Ocean) has a very odd interpretation of the Batman in 2025. It’s for the LUGNuts 51st Build Challenge: Batmobile 2025. 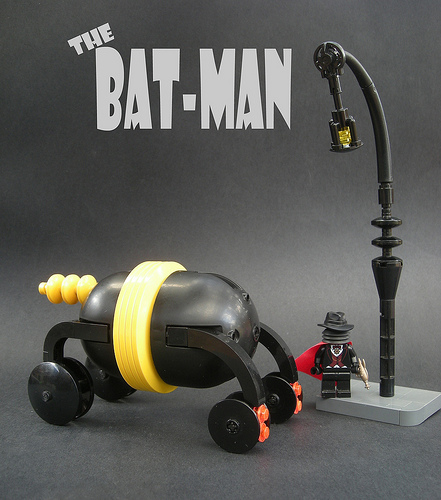 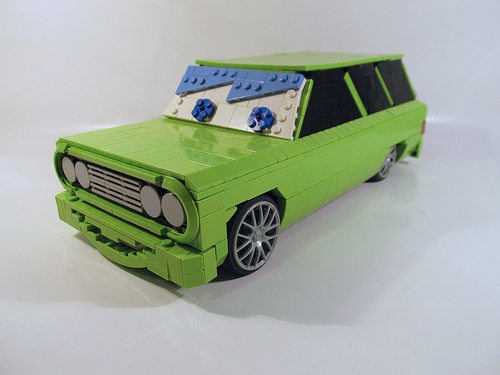 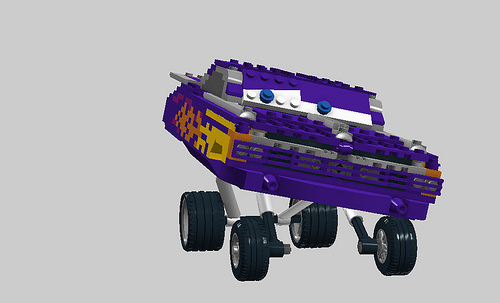 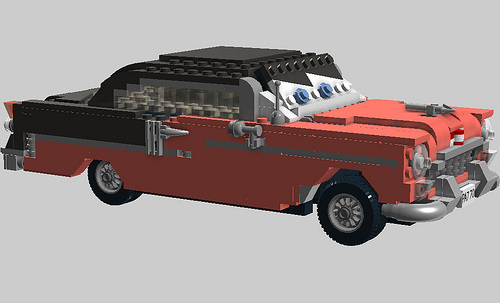 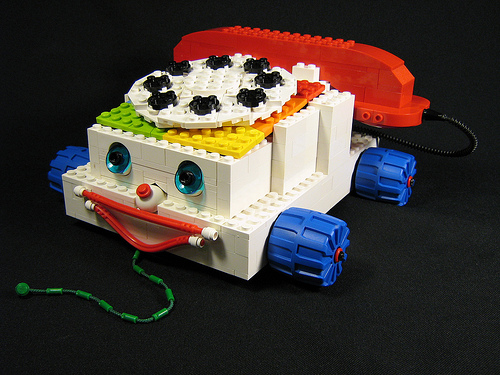 Continuing our theme of German automobiles, Vimal Patel (vmln8r) takes us back to the 19th century with his Benz Patent-Motorwagen from 1886 — an entry for both the April LEGO Technic Challenge and the LUGNuts Autos aus Deutschland challenge. 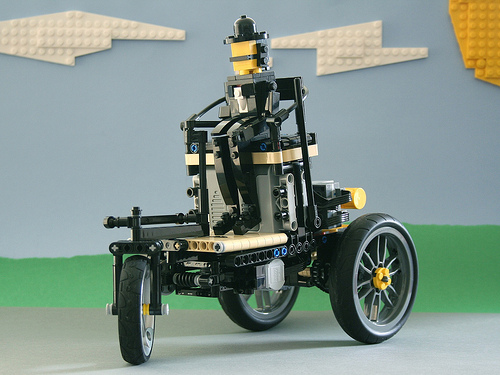 The fuel that powers all those racers in the recent LUGNuts challenge has to come from somewhere. And something has to defend that fuel from meth-roaches. Wait, what? Take it away, Mark Stafford! 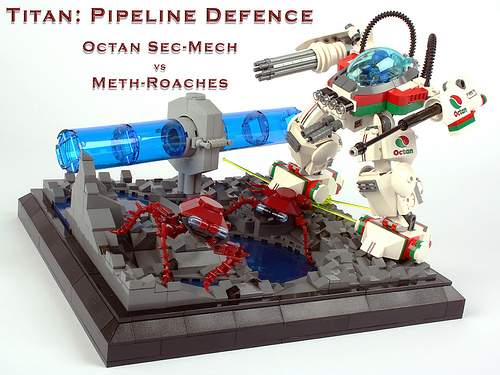 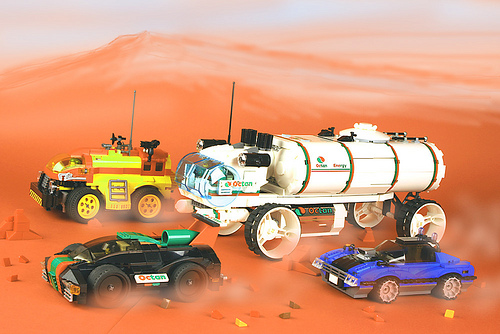 Not content with bringing us cool LEGO sets, Mark Stafford (lego_nabii) also continues to bring us cool MOCs. Another for the LUGNUTs challenge.

The Martian Polar Pavonis Rally takes place annually (a Martian year is 687 days) between Schmit Ice Base at the Southern pole and the MSA Research station at Pavonis Mons, near the Martian equator. The race is a martian tradition commemorating the emergency transport of oxygen to the base in the first years of settlement. 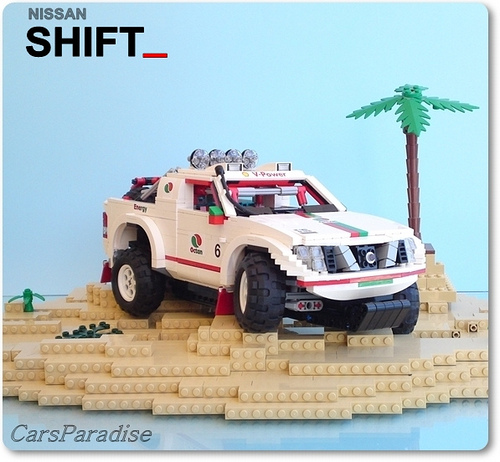 Firas Abu-Jaber provides a very tasty entry to the latest LUGNUTS challenge. Firas uses a great mixture of techniques to get his shapes right and captures the spirit of a Dakar rally beautifully. 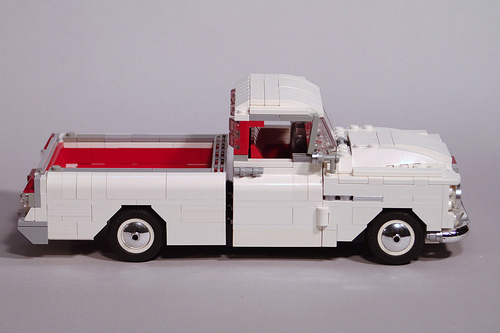 LUGNUTS is currently running an interesting monthly challenge and Peter Blackert (lego911) has more than risen to it. His ’55 Chevreolet Cameo appears to have all the little details just in the right spot. I’m sure Don McLean would appreciate it.

Last month‘s challenge over at Lugnuts has, as always, yielded some amazing builds. Peter Blackert‘s Austin FX4 London Black Cab caught my eye in particular. I’ll be right honest — I thought it was a hearse. Seeing it’s something different doesn’t phase me in the least, though. I won’t deny the sleek styling and fantastic lines! 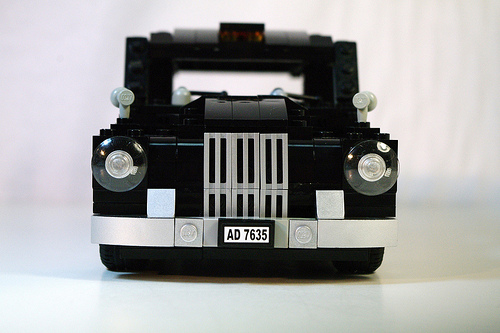 This month’s LUGNuts challenge — Kickin’ it Oldschool! — is coming to a close, with many great cars and trucks from the pre-1950 era. Here are just a couple of my favorites.

Nathan Proudlove rolls out a 1940 Ford pickup truck, tricked out to please any skateboarder: 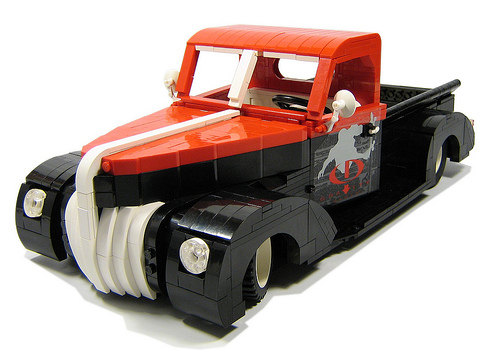 Tim Inman (rabidnovaracer) heads to the beach in his 1948 Chevrolet Fleetmaster station wagon: 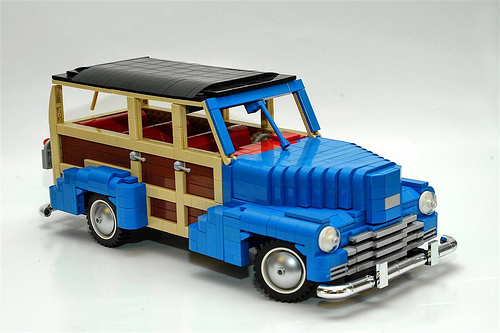