As if there were any further proof needed LEGO Friends are cool, Tyler Sky (Bricksky) has entered nice hot rod roadster in Friends Bricks Along for the Ride Building Challenge. It looks like a real fun ride to cruise around Heartlake City. 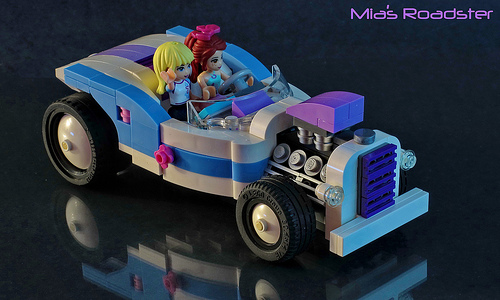 Congratulations to Peter Reid. He’s having quite the month. Hot on the heels of the release of the No Starch Press book LEGO Space: Building the Future,

of which he is a co-author, LEGO CUUSOO has announced the next set that has passed the review process and has been approved for production, his amazing Exo Suit! I know I for one will be lining up in mid 2014 to buy this when it is released. 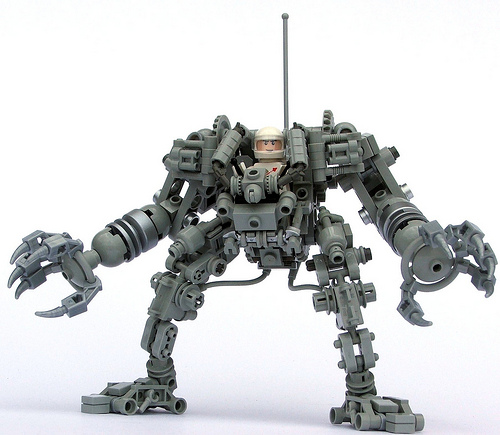 I hereby dub Mike Nieves (retinence) Dragon Master, with his latest in a series of amazing dragon creations. Ninjago Overlord Dragon, a commision piece, employs impressive build techniques, as is standard for Mike. Gaze upon its awesomeness. 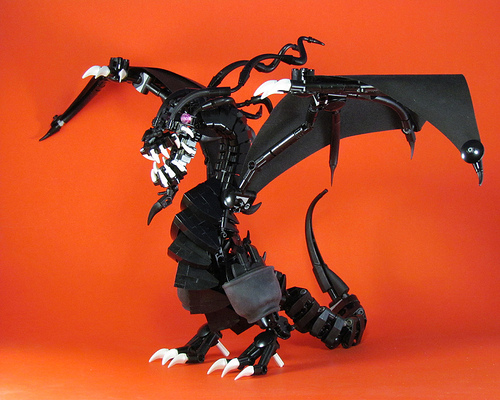 Hot on the heels of the success of his Cows vs. Pigs Kickstarter project, Guy Himber waxes poetic with his latest offering: skulls! It seems appropriate in the season of Halloween. Go support his project if you are inspired. 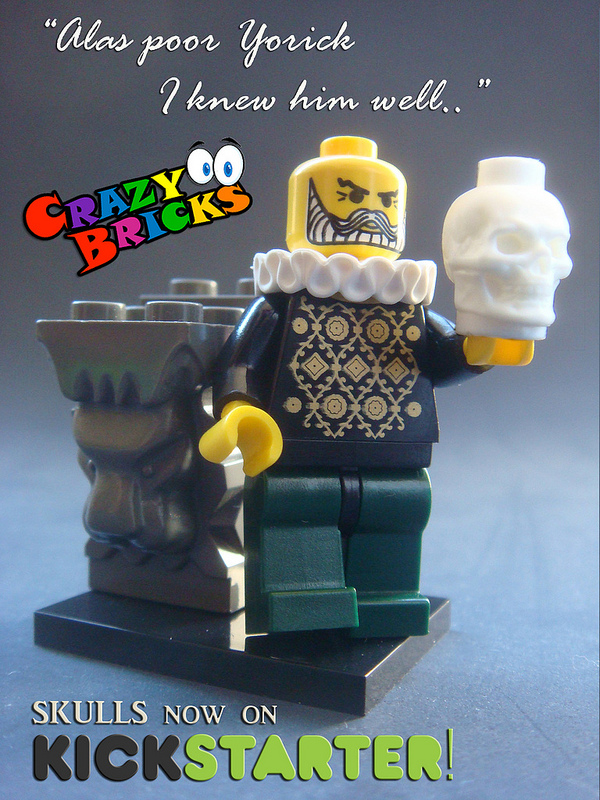 The inimitable Izzo makes the future of backhoes downright sexy with his Gunnlöð the Future Heavy Equipment. This behemoth construction multiped looks right at home, digging the footings of our future cities. Pay particular attention to the wonderful mechanical greebling that makes the Gunnlöð feel so real. If you’re wondering what a Gunnlöð is, I looked it up. While Izzo states that Gunnlöð is the Norse God of War, as best as I can figure out, she is the daughter of the giant Suttungr who guarded the sacred mead of poetry. But heck, what’s in a name. Call it by any other name, this is one sexy backhoe. 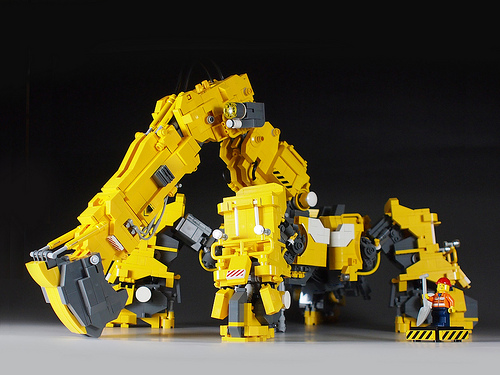 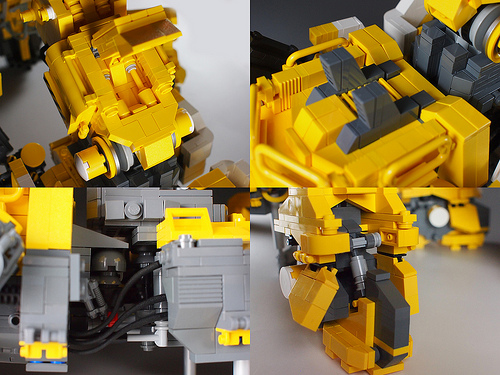 I guess September is the month of Moko. He continues his streak of amazing builds with the Silver Moon, a gorgeous mecha covered in silver and gold elements. It’s hard to pull off a complete look when certain colors are limited to a few element types. Well, hard for the rest of us mere mortals, clearly not hard for a master like Moko. 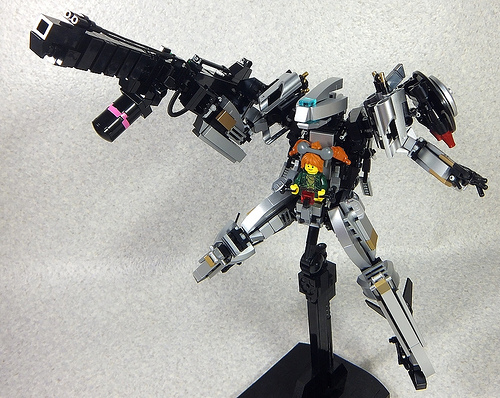 Mariann Asanuma (Model Gal) has revealed her most recent mosaic portrait of Matt Smith, the 11th Doctor from the Doctor Who series. I’ve been privy to seeing her amazing technique up close and I still can’t get my head around how she does this. Rather than doing the traditional “studs up” approach to mosaics, she is able to capture the most subtle rendering of edges and forms, all from the side. She’s also able to employ an impressive array of ways to change the direction of the orientation of the elements in the tightest of quarters. I’ve seen these as works in progress, and I’ve studied them from behind, and they are both inventive and ingenious. It’s no wonder she is a former Master Model Builder from Legoland, California. 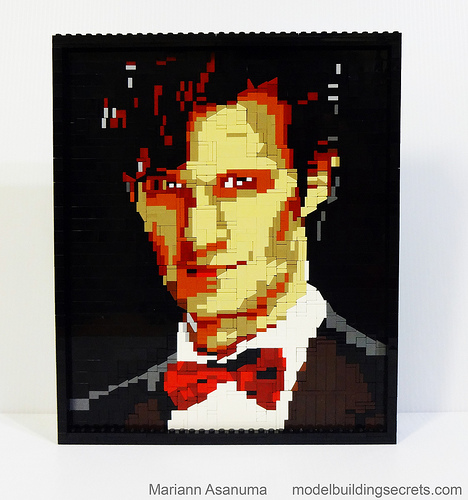 If you want to see how complicated her process is, check out the “blueprints” she makes to build this mosaic. Mariann is truly a Grand Master at LEGO Mosaics. 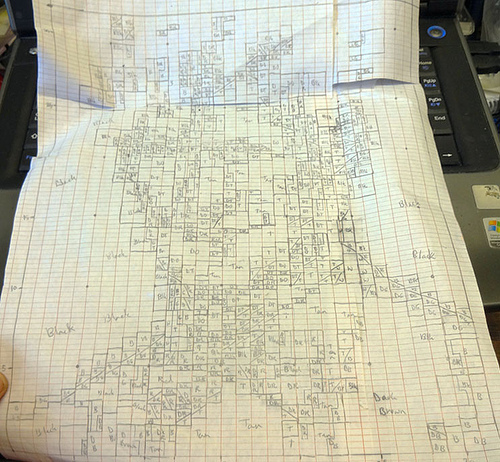 Brilliant official LEGO Designer, Adam Grabowski (Misterzumbi), created this minifig scale version of the “Orca” from Steven Spielberg’s JAWS six years ago, and has only now gotten around to sharing it with the world. I’d say the reason he works for LEGO making many of our favorite sets is pretty obvious. Well played Misterzumbi. 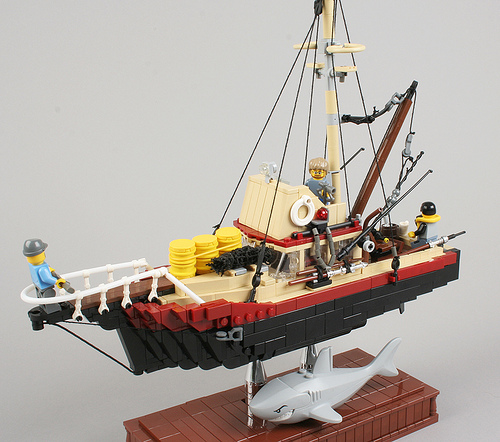 Kaname Madoka is a character from an anime television series about a girl being granted a wish in exchange for transforming into a magical girl tasked with fighting witches and despair. LEGO DOU Moko creates another amazing interpretation of an anime character out of LEGO. Most notable in this creation is his masterful posing of Kaname with her knee bent and magical bow drawn. 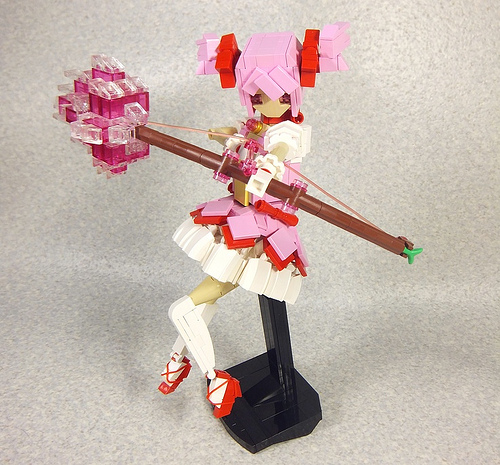 This amazing brick built Appa, the 6 legged flying buffalo from the series Avatar: The Last Airbender, seems perfectly timed with the second season of The Legend of Korra coming on September 13th. I always felt that LEGO’s initial attempt at doing a licensed theme on The Last Airbender failed to capitalize on what fans would truly want, and a gorgeous, constructed Appa like this one built by perennially featured Tyler (Legohaulic) is at the top of the list of what they should have done. I really would love to see a theme based on Korra. 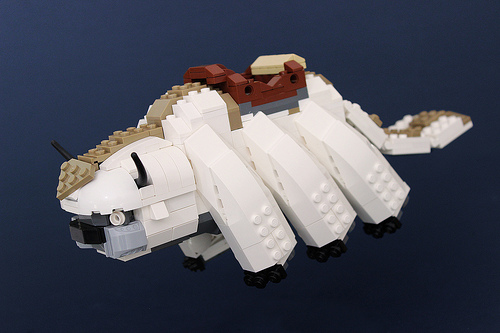 Eric Druon’s (baronsat) version of the GI Joe TRANSPORTABLE TACTICAL BATTLE PLATFORM is what a playable, fun moc should be. Rather than slavishly recreating it in LEGO form, this creation focuses on play features, and is packed full of them. Note the fold-up ramp, the battle command center, the working crane, the gun turret and the missile launchers. In the ’80s, every kid wanted a toy like this. Look out Cobra, I could spend hours playing with this set! I would love to see the GI Joe Headquarters. 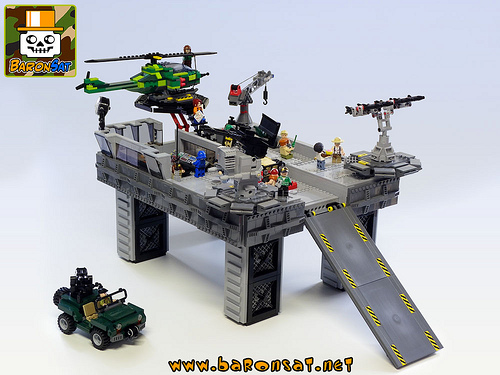 One last bit of news from San Diego Comic-Con. LEGO announced a new property in association with Cartoon Network. The IP seems to be about some Pokemon like creatures, one is electric, one is fire and one is earth. There is no further information as of yet regarding this new IP. 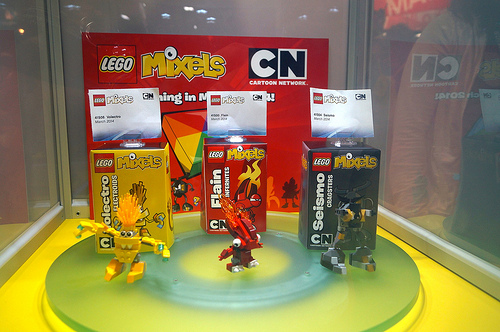 However, the most notable aspect of this announcement is the introduction of new elements, in particular, a new system of micro cup and ball joints. The balls seem to be the same scale as previous “tow ball” elements. This new joint system will allow for small scale articulation and give fans the ability to build creatures and characters with a new range of play action. Instead of joints with one direction of bend, these will add twist and rotation into the mix. There is also great potential for creating curves and compound shapes. 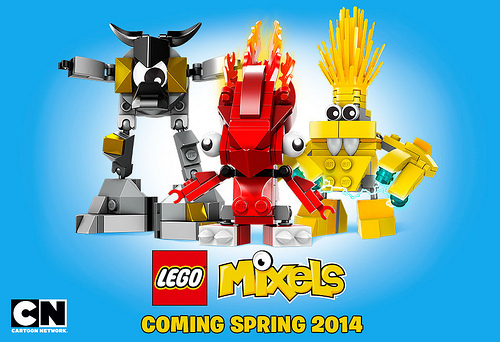 UPDATE:   Mixels is a jointly produced property between Cartoon Network and The LEGO Group.  This property will include animated shorts, a digital gaming experience and a collectible toy line.

Mixels are colorful creatures “that can mix and combine with one another in creative and unpredictable storylines.” Low priced mini sets will launch in three waves in 2014.