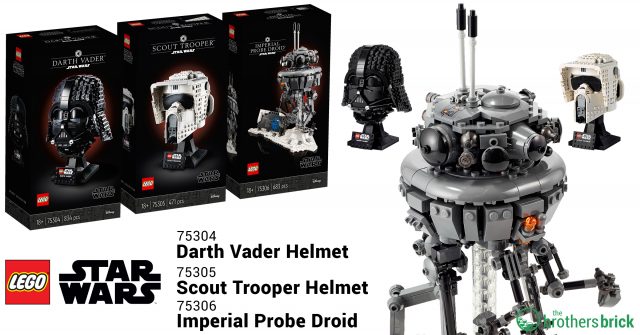 END_OF_DOCUMENT_TOKEN_TO_BE_REPLACED

Twenty-one years and around 700 sets after its inception, the LEGO Star Wars theme has done something new. It has introduced LEGO sets with an age rating of 18+. No, they’re not risque models of Princess Leia, merely display models clearly targeting adult collectors who want display items for their mantle. Few LEGO themes have embraced adult collectors the way the Star Wars line has. With the multi-generational, massive fanbase for Star Wars, this isn’t surprising, since now more than 40 years after the original film there are certainly more Star Wars fans over the age of 18 than under it. And this focus on adult fans isn’t new. Back in 2001, LEGO introduced the Ultimate Collector Series, kicking off not just with an X-wing and TIE Interceptor, but also an 1800-piece bust of Darth Maul. Now LEGO has introduced a trio of new mantle decorations in the form of three iconic helmets from the Star Wars universe:
75274 TIE Pilot Helmet | 724 pcs | US $59.99 | CAN $79.99 | UK £54.99
75276 Stormtrooper Helmet | 647 pcs | US $59.99 | CAN $79.99 | UK £54.99
75277 Boba Fett Helmet | 625 | US $59.99 | CAN $79.99 | UK £54.99 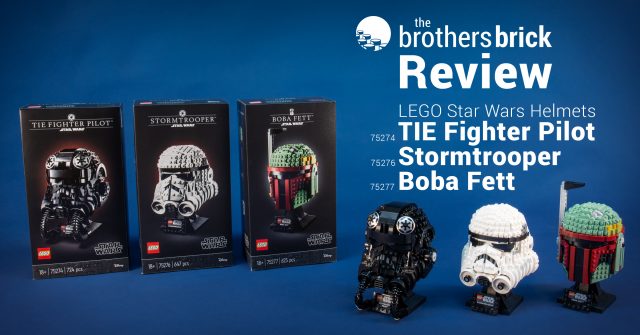 All three of the Star Wars helmets are available now, and run for the same price with around 600-700 pieces. So what makes these new sets worthy of an 18+ rating? Spoiler alert: nothing. However, that aside, let’s see how the sets stack up.