A few days ago, we got our first look at two of the upcoming LEGO Star Wars helmets, 75327 Luke Skywalker (Red Five) and 75328 The Mandalorian. Today LEGO is taking the wraps off the final set for the Spring 2022 Helmets Collection wave, 75343 Dark Trooper Helmet from The Mandalorian. The ominous Dark Troopers are getting a thorough treatment from LEGO this season, also appearing in minifigure form in the recently revealed 75324 Dark Trooper Attack set. Like the other helmets, the black Imperial helmet will retail for US $59.99 | CAN $79.99 | UK £54.99 when it’s available starting March 1. It includes 693 pieces. All three of the new helmets are available for pre-order starting today. 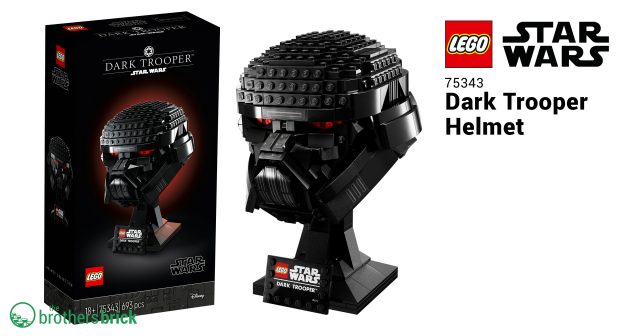 Check out more pictures of the set below, and don’t miss the other new LEGO sets for Spring 2022: 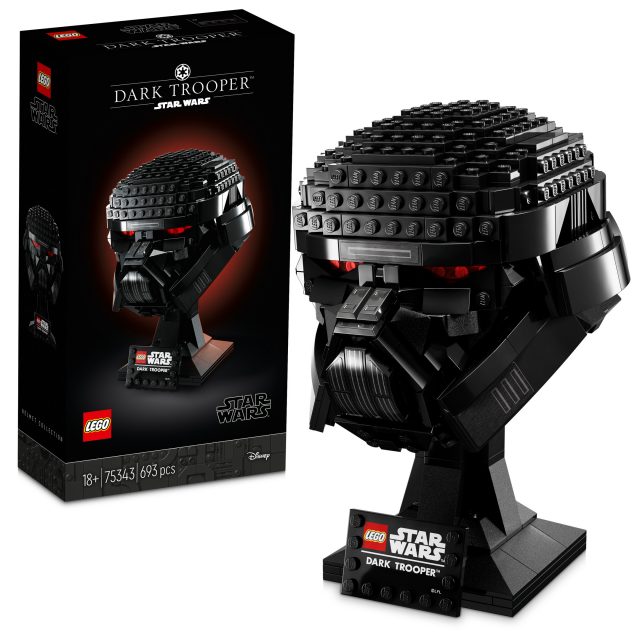 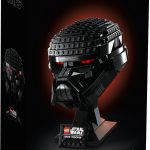 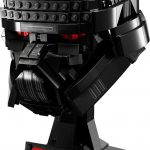 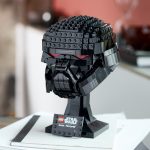 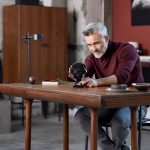 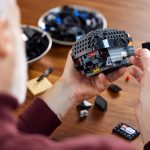 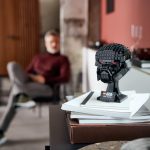 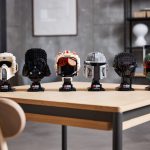 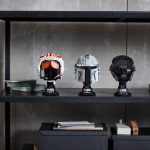 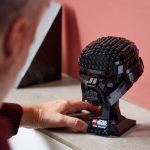 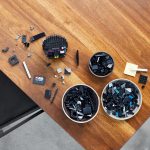 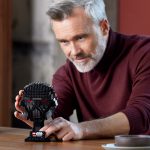 Here’s the official press release from LEGO, which covers all three of the helmets.

Billund, Denmark February 2nd 2022: Whether you prefer to be on team light side or dark side, fans can get excited about the LEGO Group introducing three new character-inspired designs to the Star Wars™ helmet collection. Build and display hero Luke Skywalker’s™ iconic pilot headgear, pay homage to the legendary bounty hunter, Din DjarinÔ, from The Mandalorian™ or tap into your Imperial side with the Dark TrooperÔ Helmet building set.

The new LEGO Star Wars helmet building sets are designed to provide fans with another way of venturing into the galaxy, providing a fully immersive building experience that makes a striking display piece once completed.

Builders can awaken their creative forces and channel their inner Jedi-like focus with the highly detailed LEGO Star Wars Luke Skywalker helmet, which features a brick-built microphone, translucent red visor elements and nameplate. Others may prefer to build the sleek LEGO Star Wars reimagining of the Mandalorian’s iconic helmet, which uses metallic LEGO elements to recreate the shine of beskar.

Those who are enticed by the dark side can show their loyalty to the Imperial Remnant with the LEGO Star Wars Dark Trooper helmet. The model recreates the contours of the helmet in LEGO style and uses a combination of translucent red LEGO elements and white bricks to recreate the Dark Trooper’s shining red eyes.

The new models will be available for pre-order from February 2nd, globally at LEGO.com before launching on March 1st priced at 59.99 USD/EUR at LEGO Stores and all other major retailers. 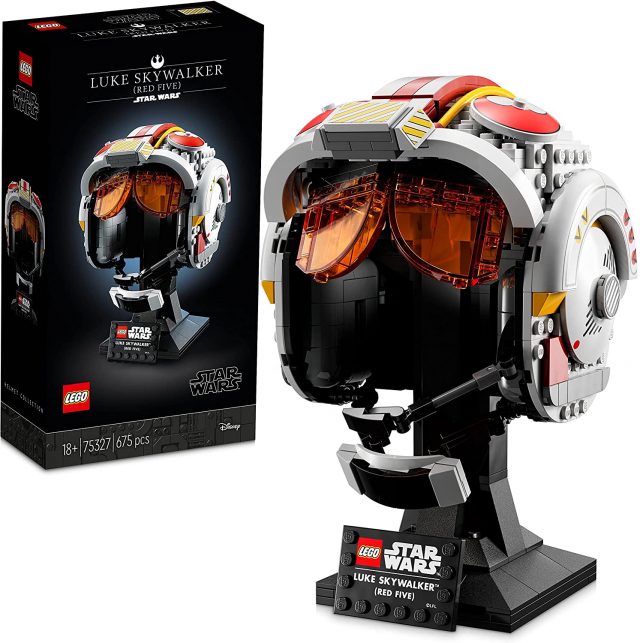 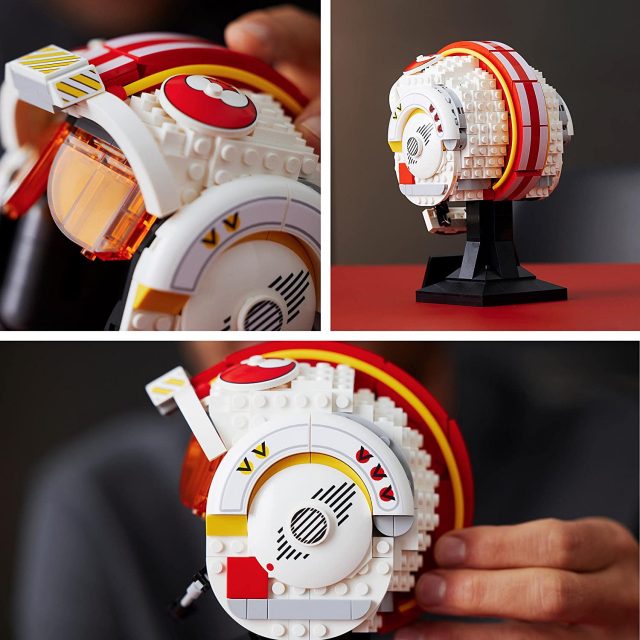 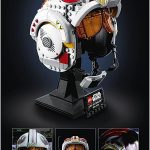 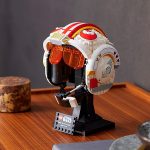 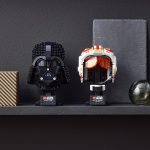 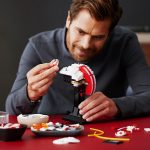 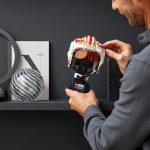 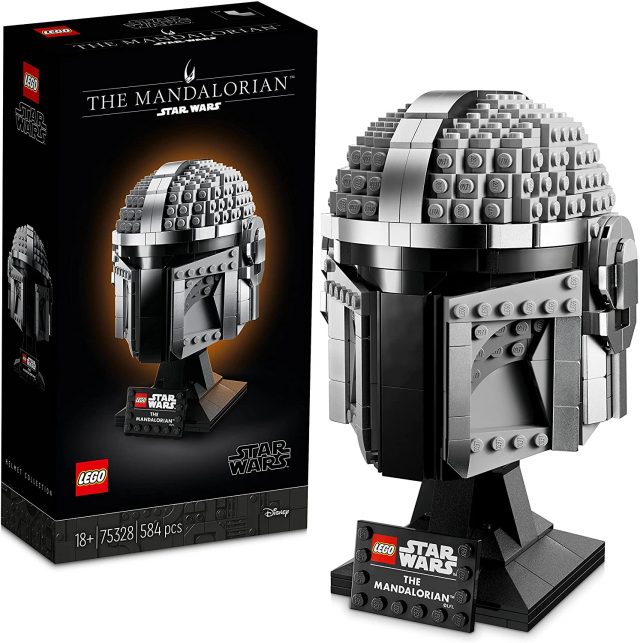 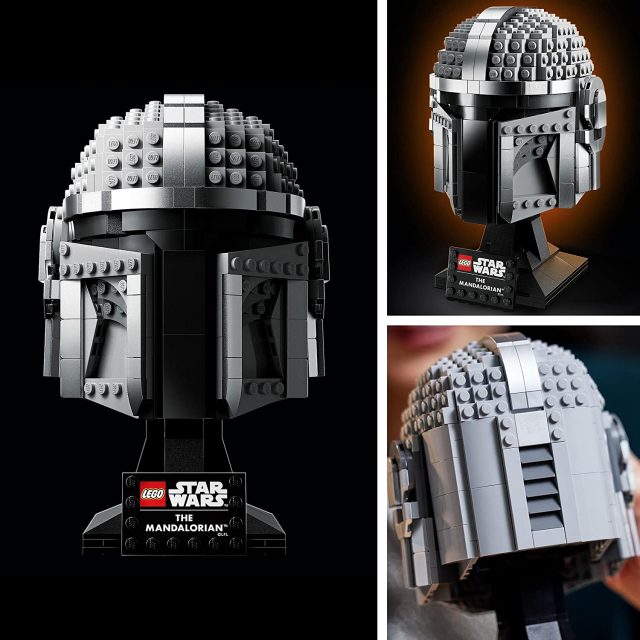 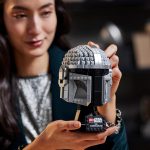 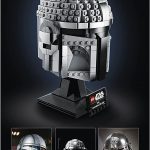 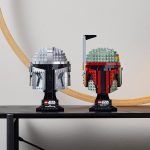 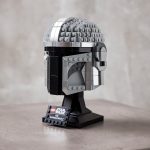 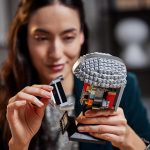