The Helmets Series has been a massive success since its introduction, capturing iconic characters across Star Wars, Marvel, and DC. While the troopers and TIE pilot may excite some, Boba Fett and Darth Vader proved to be the great lures for dual fans of LEGO and Star Wars, especially those who grew up with the original trilogy. After all, the set’s 18+ rating was definitely targeted at the more…tenured fans. Given how many helmets have permeated the slew of related works though, the designers have a wealth of inspiration for their next models. Much like the fans, the designers must have felt like something was missing. We got plenty of “bad guys” but where were the “hero” helmets? Well, two out of three new helmets recently announced by LEGO may debatably balance things out:
75343 Dark Trooper | 693 pcs | US $59.99 | CAN $79.99 | UK £54.99
75328 The Mandalorian | 584 pcs | US $59.99 | CAN $79.99 | UK £54.99
75327 Luke Skywalker (Red Five) | 675 pcs | US $59.99 | CAN $79.99 | UK £54.99 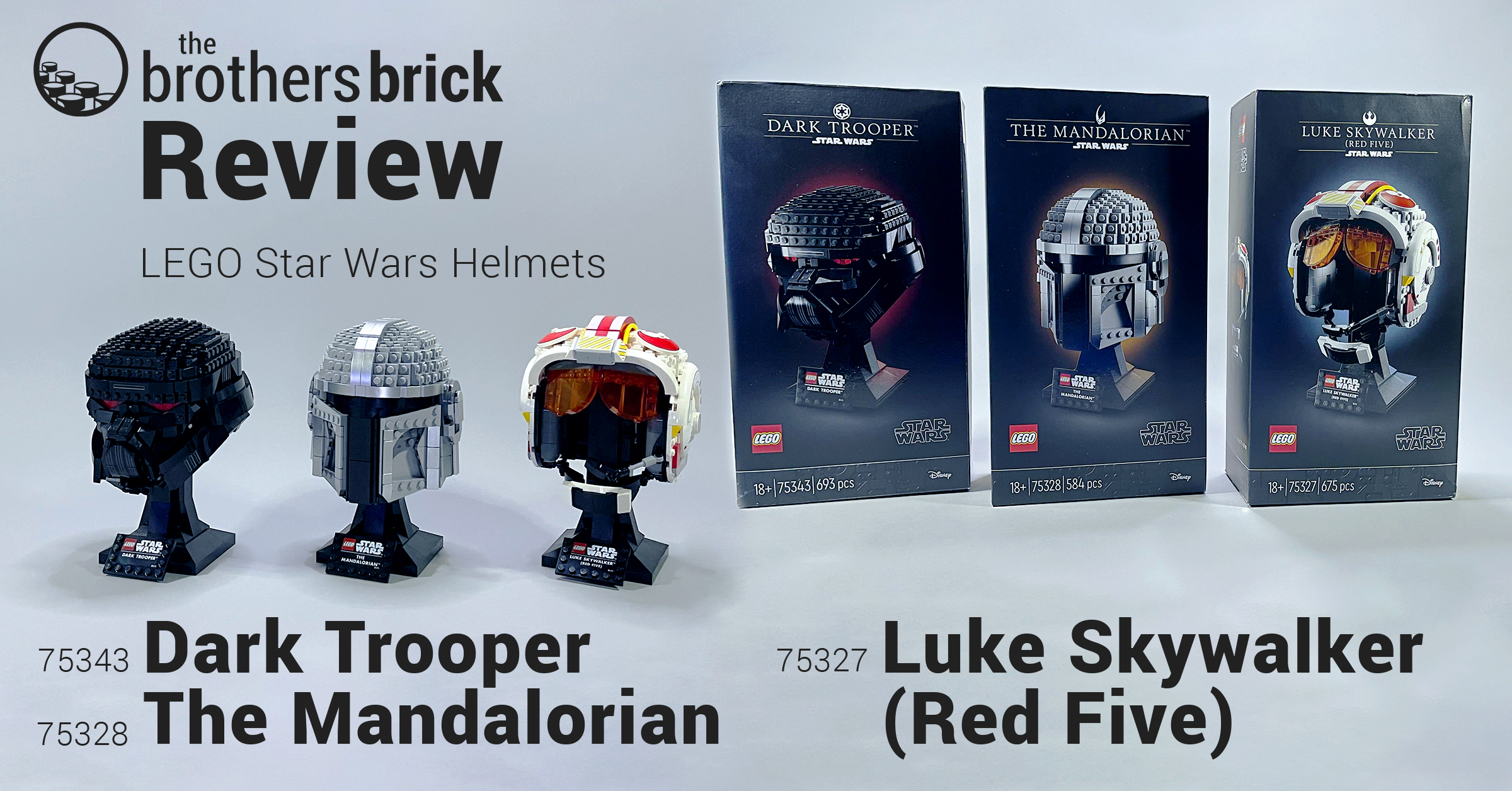 Be sure to check out our reviews of previous reviews of the Star Wars Helmets collection: