END_OF_DOCUMENT_TOKEN_TO_BE_REPLACED

LEGO Brick Sketches are a new collectible series of brick-built portraits of popular characters intended for display, not play. Slated to be available July 15, they will retail for US $19.99 | EU €19.99 each. We’ve already taken a look at the LEGO DC Brick Sketches characters in the first wave, and today we’ll check out the Star Wars sketches. Are 40391 Brick Sketches: First Order Stormtrooper and 40431 Brick Sketches: BB-8 worth the price point, and do they have any appeal for the larger LEGO market? 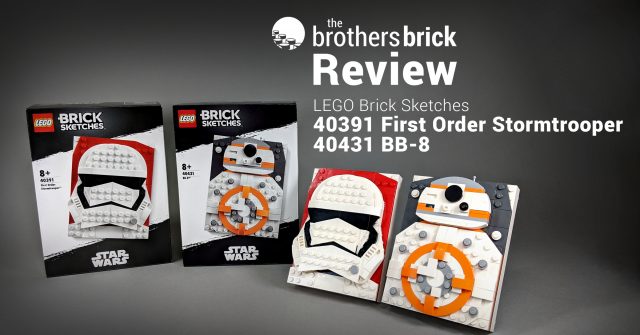 END_OF_DOCUMENT_TOKEN_TO_BE_REPLACED

Something I’ve always wondered is if both BB-8 and R2-D2 converse in the same droid language. As it turns out, based on the Data Files from Star Wars, it seems that BB-8 speaks a 27th-generation droidspeak — I assume a newer form of communication. This means that BB-8 could be spewing out vulgarities at poor old Artoo and he’d be none the wiser. These two builds by Rui Miguel Anacleto of the two famous droids are some of the best-looking LEGO-built droids that I’ve seen at this scale. 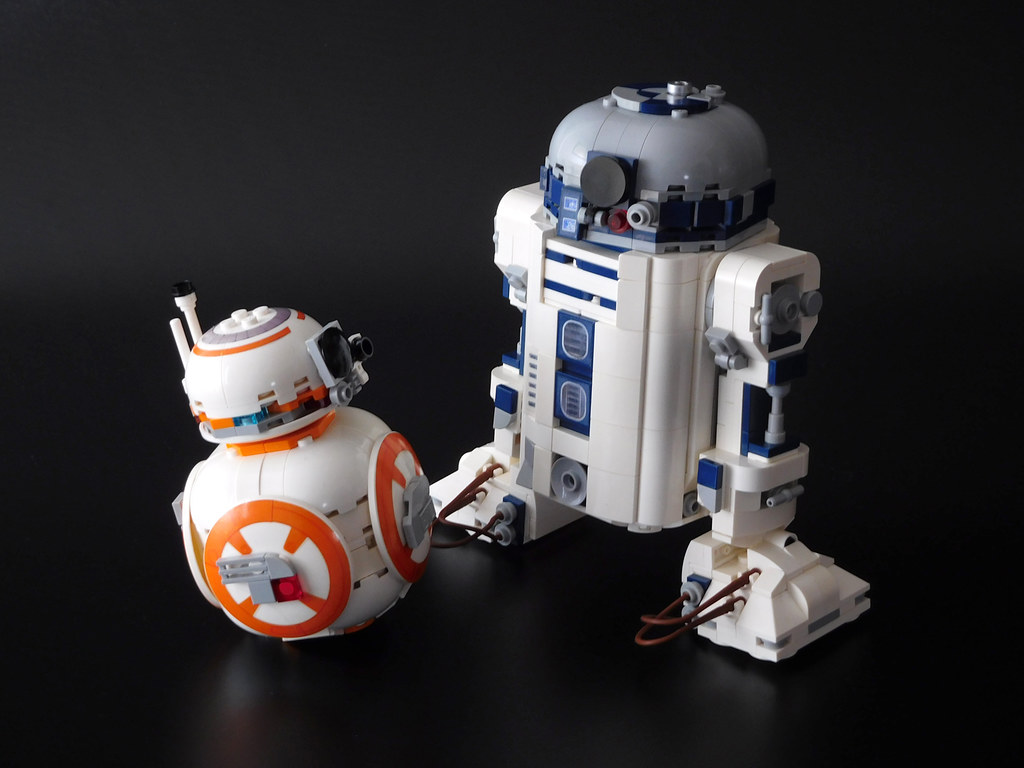 Granted, the dome of R2-D2’s headpiece isn’t quite round, but I like how the detailing is captured by utilising printed parts from the official versions in their individual polybags.

The new trilogy’s adorable astromech has appeared in a number of official versions from LEGO, including as a minifig, as a UCS Model, and even as a polybag! However, Brick Spirou has reimagined him again as a kind of Claptrap (from Borderlands). I love the LEGO Technic shoulder pads, the unique poseable fingers, all assembled with a simple yet perfect colour scheme. Could you imagine games of the future featuring huddles of muscled, mono-wheeled, mini-bots charging around a pitch wildly chasing a leather ball? Such a wonderful idea exceptionally executed.

Perhaps this BB-8’s full designation ought to be Borderlands Buddy – 8. 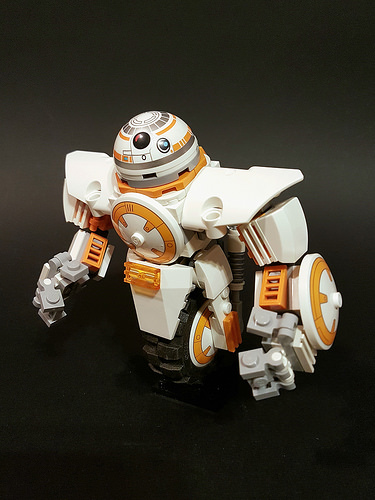 May the Fourth or “Star Wars Day” is right around the corner, and LEGO has sent us an early copy of the free promotional set, 40288 BB-8. The set will be available May 4th through 6th (or until supplies run out) with LEGO Star Wars purchases over $75. We’ll bring you more details on the May the Fourth sales and deals later this week, so check back soon for more updates. 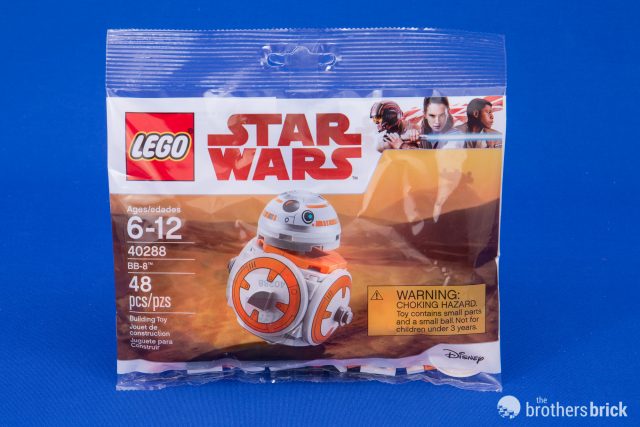 This buildable character joins the large-scale 75187 BB-8 released in 2017, and is about the same size as last year’s buildable R2-D2, so let’s dig in and see how this new droid compares.

END_OF_DOCUMENT_TOKEN_TO_BE_REPLACED 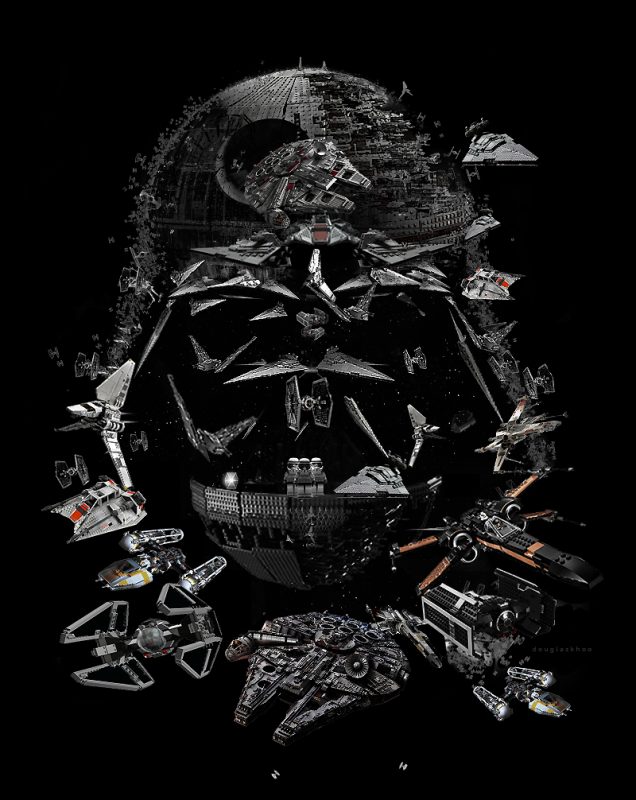 END_OF_DOCUMENT_TOKEN_TO_BE_REPLACED

Based on looks alone, BB-8 is always a little less interesting for me than R2-D2 — a couple of sphere’s stacked on top of each other and you’re good to go. But what makes him come alive is his ability to glide across any surface gracefully while looking around and making charming bleeping sounds. Jedi brickmaster Takamichi Irie cleverly constructs a body-spinning, head-turning, light-illuminating BB-8 to bring the character to life in LEGO. All that’s missing is a lighter for recreating that memorable “thumbs up” gesture! 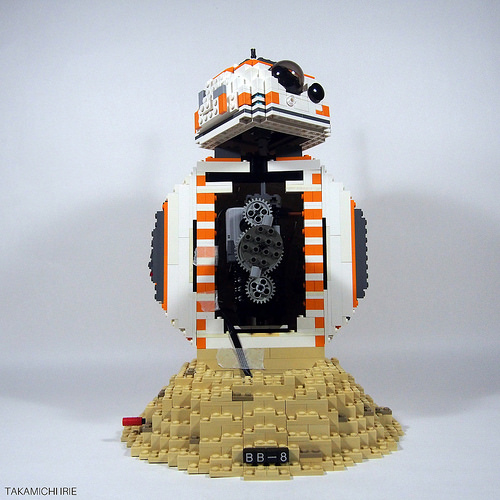 I think we can all agree that BB-8 is pretty darn adorable and an excellent addition to the Star Wars universe. Don’t you just want to cuddle him? Marketing ploy or not, his fiery thumbs-up made me giggle. Everybody needs a little droid in their life, and Irwan Prabowo gives us the perfect pocket-sized LEGO version. 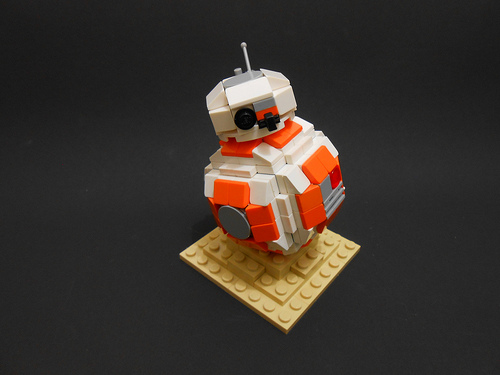