The “Piece of Peace” LEGO exhibition is traveling show that recreates UNESCO (The United Nations Educational, Scientific and Cultural Organization) World Heritage Sites with LEGO bricks. The exhibition originated in Japan and today consists of 43 reconstructed World Heritage sites representing landmarks in 34 countries. Singapore is the fourth country to host the exhibition, after Japan 14 years ago and Hong Kong and Taiwan back in 2014. 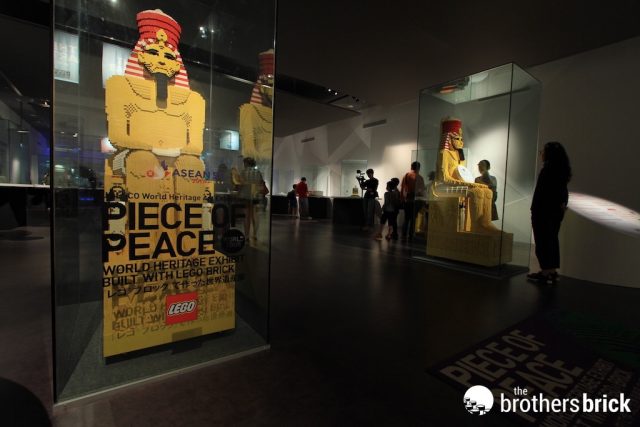 The exhibit originated in Japan in 2003, and TBB covered the Japanese Piece of Peace exhibit back in 2006. In 2017, the show opened in Singapore. To commemorate ASEAN’s 50th anniversary, 8 local builders contributed to 7 new replicas of World Heritage Sites in ASEAN (the Association of Southeast Asian Nations) member countries.

The Brothers Brick is pleased to feature the 7 new additional LEGO builds, along with an interview session with the builders. 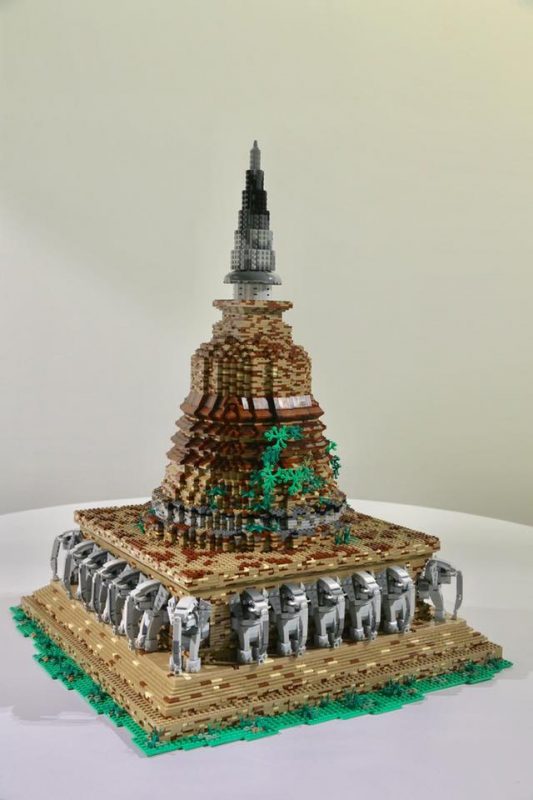 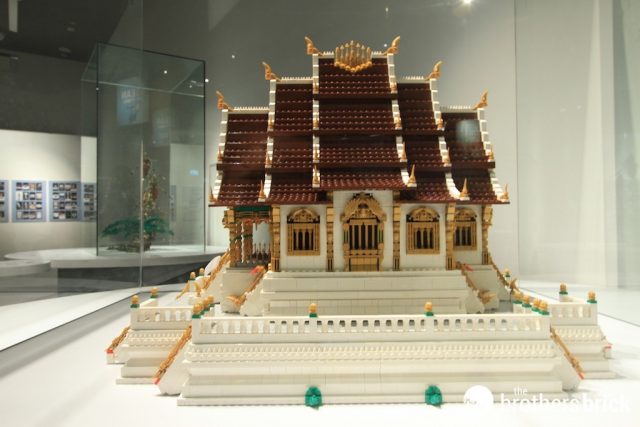 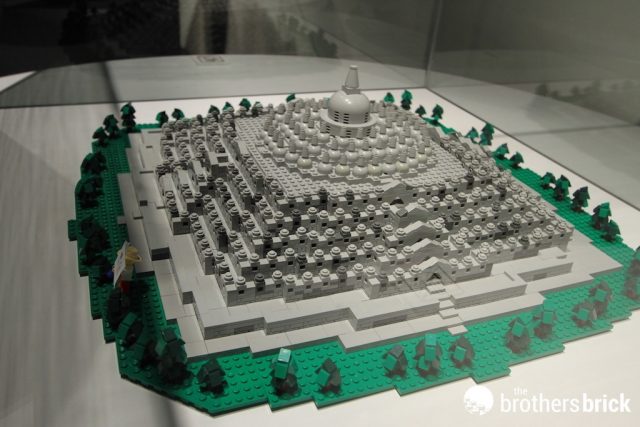 4. Malaysia’s Slipper Orchid from the Kinabalu Park by Douglas Khoo 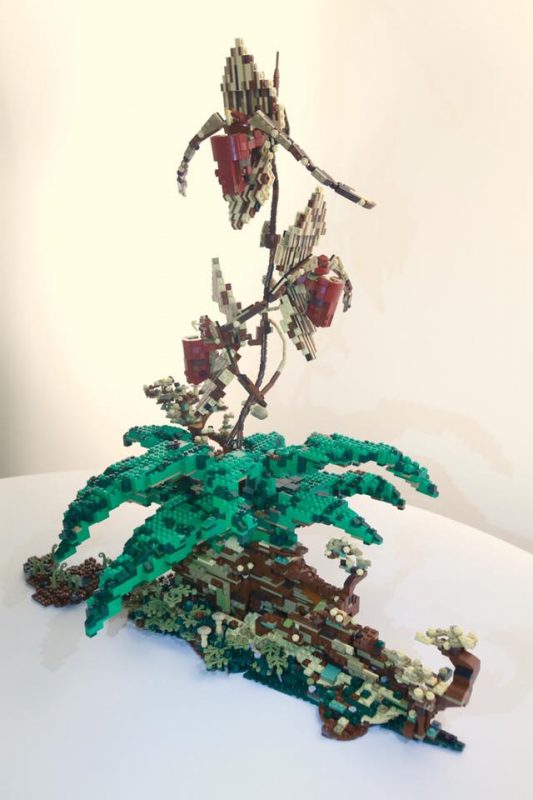 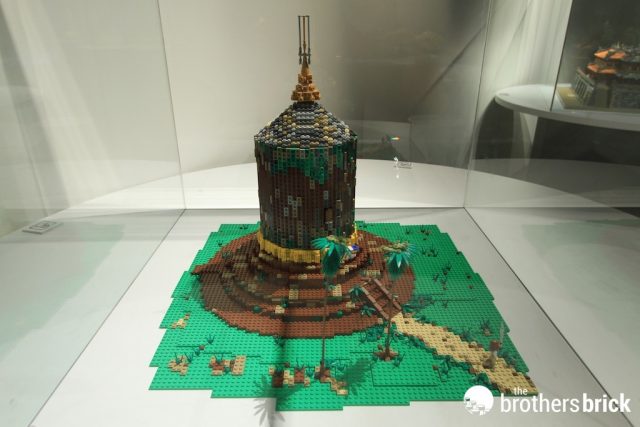 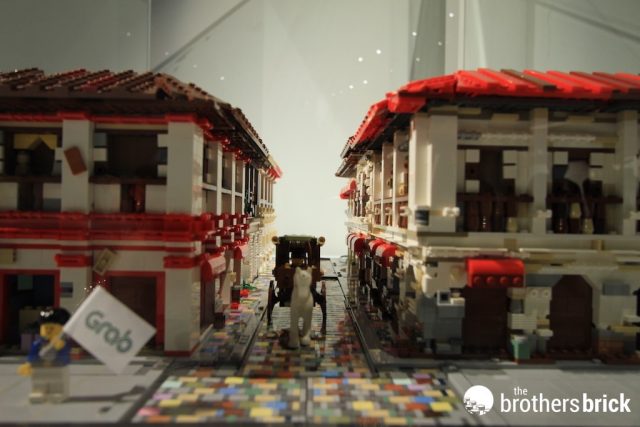 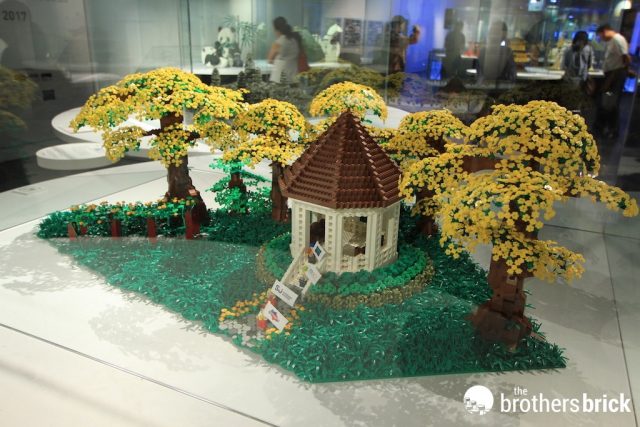 TBB had the privilege of speaking to the builders about the new showcase builds.

TBB: How do you feel having your build in a permanent showcase that will travel the world and eventually be seen and appreciated by millions? You may not be able to see it once it leaves Singapore since this tour will never return.

Xylvie: There’s a maintenance part, where technically if someone breaks it, we’ll be called upon to repair and fix it [laughs].
Eugene: I’m quite happy to be part of this and about the overall experience of course. I actually built two sets of the temple, so I really get to see it every day and if the travelling build breaks, I actually could use my 2nd build as a backup!
Jeffrey: It’s a great honour since my build (in collaboration with Jun Heng) represents the Singapore landmark! [Note: both Jun Heng and Jeffrey are Singaporeans.]
Jun Heng: Very grateful for the opportunity to contribute and happy that it’s well received. The one word that I can describe is I’m truly honoured to be part of the event and have our builds showcased.
Douglas: Similar to the others, I’m very grateful to be able to participate and be part of this great event. I’m pretty nervous on the maintenance part as my build is organic in structure, and duplication is going to be tough. I’m hopeful I will be able to visit my builds again one day. I built a second duplicate for my own personal collection to remember. I found it quite stressful as the other builders were doing structural and architectural, I was building something organic and the planning was pretty intense. It took me 20 days of planning before I decided to commit on the build.
Andy: It was quite exciting for me to build something that would go all around the world and eventually end up in Paris, the Headquarters of UNESCO, permanently. It’s quite a proud moment for me.

TBB : Did you get to pick and choose the site to be represented?

Xylvie: What happened was that I worked with the various embassies and discussed what is suitable and what isn’t. Even though there are many designated UNESCO heritage sites, there may be cultural and religious sensitivity and [the country] may not want it to be represented and seen as the ‘face’ of the country in the exhibition. For Malaysia in particular, although there were many buildings, they felt that most of them have been done before and overly done in many other events. They felt that the natural part of the UNESCO heritage was not represented and then the discussion was, what would be? Say if a mountain was to be built, it would be nondescript. It was then decided to build an orchid, as it’s an endangered species and worth about USD 5000 in the black market. So the embassy and the tourism board then decided that this was the best way to educate and preserve the heritage site.

TBB: Could they have named anything and you would have to build it?

Xylvie: Yes, and no. We actually went through many rounds of discussion, because it’s not just about whether they wanted it, but we had to study whether the bricks assortment can actually support it in terms of colours. Yes, of course, we had a lot of say — in fact, we did come out with a shortlist of options of what can possibly be built in LEGO bricks and colours, and from there, they picked what they felt they wanted to be represented.

TBB: Did everyone work individually on their builds? Was there any collaboration?

Eugene: When it’s asked for and needed, we communicated in chat groups. We sent photos of our builds across to each other and exchanged ideas and techniques if we had any point where we needed help.

TBB: How much time did you have to build your individual showcases?

Xylvie: This project honestly went through a number of hiccups. The executive producer actually passed away and along the way, there were many roadblocks, and truly the project was never confirmed until the beginning of June. While most of the parts were our own individual elements, LEGO Singapore did provide us with some parts, but the parts were only delivered mid-June. From then till the exhibition dates, we only had about 6 weeks. And from there, we had to see what we had and figure out what else we needed to build our showcase.

TBB: How often did you have to update the organisers on the progress? Did they have any say in the eventual outcome?

Xylvie: We would update the team every 2-3 days with photos of the progress. They (the country stakeholders) would comment quite a fair bit on the updates provided. They would make comments in the way that non-builders would comment [laughs]. For example, trying to build curved lines on a straight vertical surface. With the scale that we’re working at there are limitations, and we had to educate them on limitations on colour shades. There are some things that can change, and there are some that simply cannot be changed especially for an organic build where you’re going after the overall look and feel and not specific parts.

TBB: Eugene, your build looks like a huge challenge with the amount of gold required for highlights of the temple. How did you manage?

Eugene: I did have my own inventory, but I also started to look for parts from Ninjago sets, and if it suited my needs, I would use them. I’d gather all the gold elements and figure out how to use them to get the effect I need! The worst part for me was that gold came in two shades – gold and pearl gold. And it was difficult to mix and match depending on which had better availability. Pearl gold is more common so that’s the shade I worked in mostly.
Douglas: I did learn from the overall experience to ‘not force’ the builds. The advice is to go back to basics.
Eugene: For models that are glued and this nature, LEGO fans would likely judge you for using illegal build techniques. If you push your techniques too far knowing you have six weeks to build and not much time to rework if anything goes wrong. You literally have limited parts, and if you find that you’re taking a wrong approach, you will not have time to solve it with parts that you do not have at your disposal. Remember, we’re working with our own parts and do not have unlimited resources as would an official LEGO builder.
Xylvie: The fact that all of us were shortlisted to do this project, we do have a certain level of skill-set that we bring to the table. The exhibition is to showcase our current level of skills, and this is not the time to experiment with some fanciful techniques that are not proven for any individual to be able to handle, especially the limited time and parts.

Xylvie: There were times where we built with single studs to the point where I could no longer feel my fingertips and thumbs – totally numb. In my build, I did a one-quarter stud offset. It’s not a jumper because it would be too much, so I did it ever so slightly. But by doing so, it compromises the overall structural integrity. After a while, the build would tend to warp and go out of alignment, and I would have to keep realigning it as I continued to build. At a certain point, there would be a need for large pieces of plates that span across, and that’s when the alignment would result in me not being able to place the plate and it would hurt so bad just to force it down. Although I may laugh about it now, it’s actually a very painful process.
Andy: With large builds, the challenge is very different — there are many times where elements would shift and alignment of the bricks would not line up. This is the worst part of the process. You may want to think of giving it a whack with a mallet, but beating up one part may mess up the alignment on another part of the build and you can’t even force it in sometimes. It’s actually more of the process of glueing the build together. During the build, you may still have room to wiggle, but once it’s glued in, you do not have any leverage to change or align nor adjust anymore.

TBB: Well done, congratulations and thank you for your time and sharing your experience with our readers! 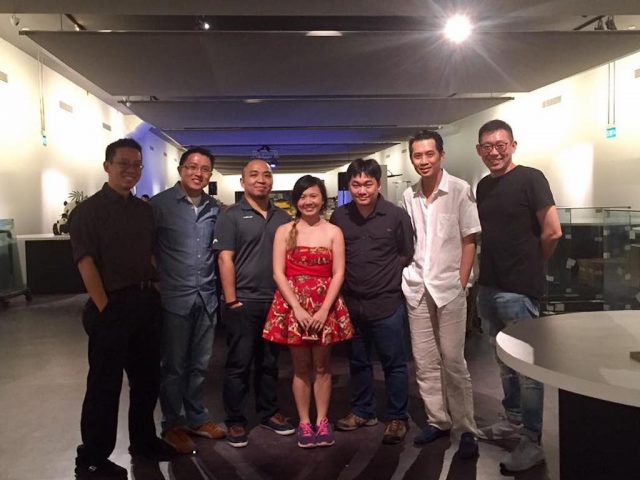 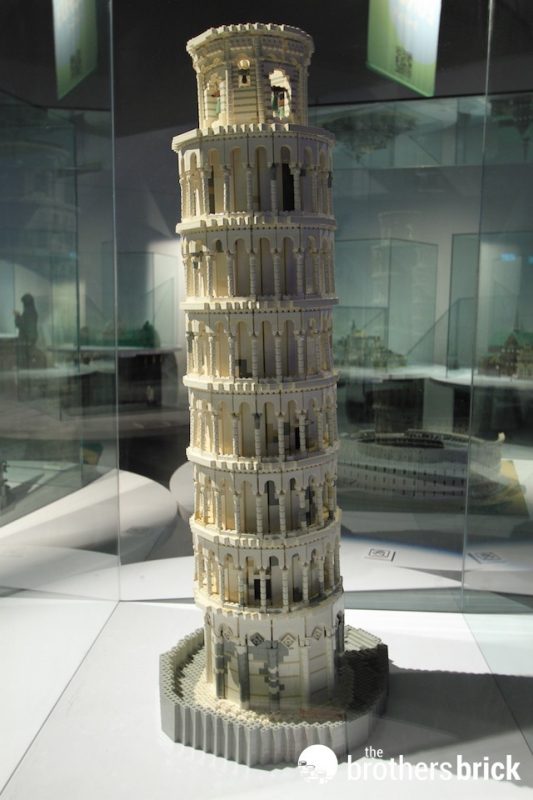 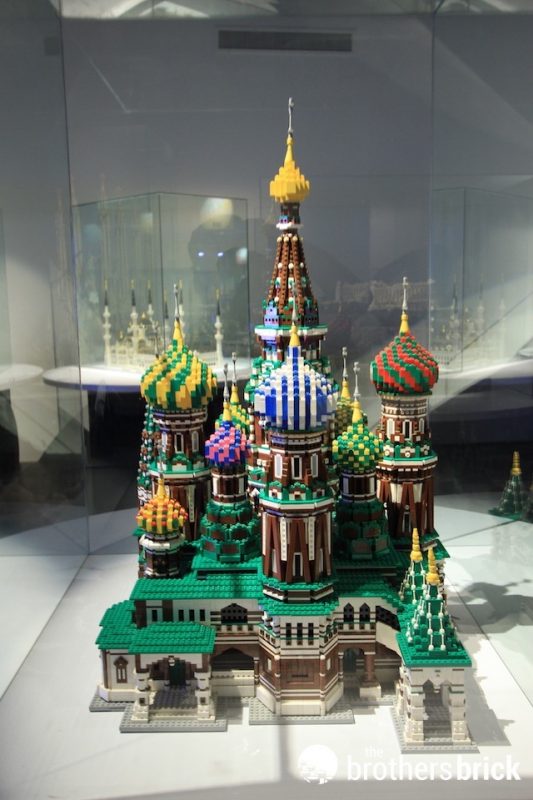 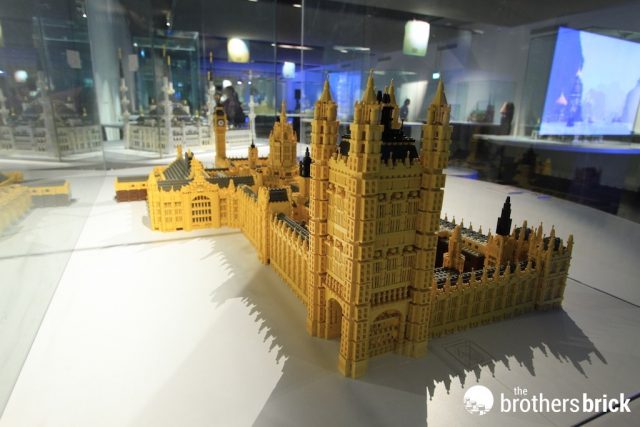 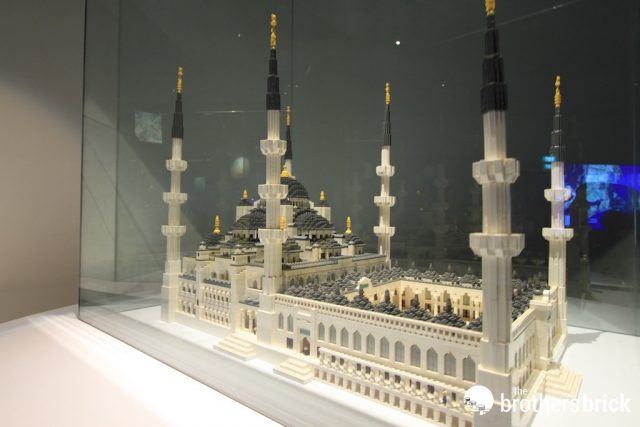 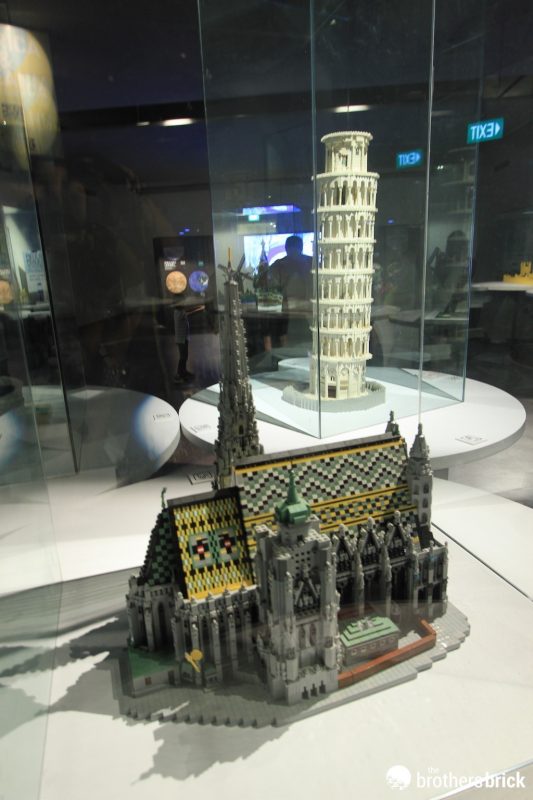 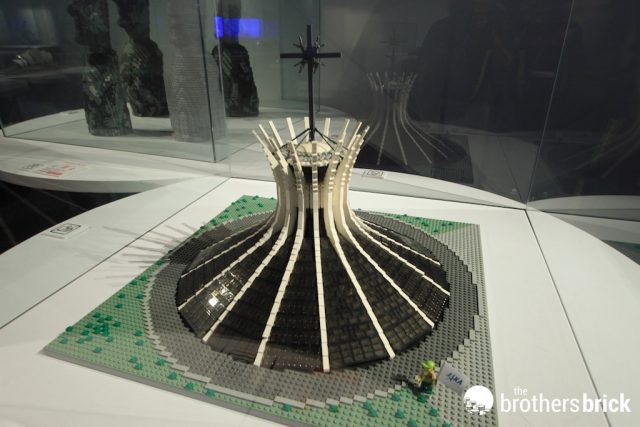 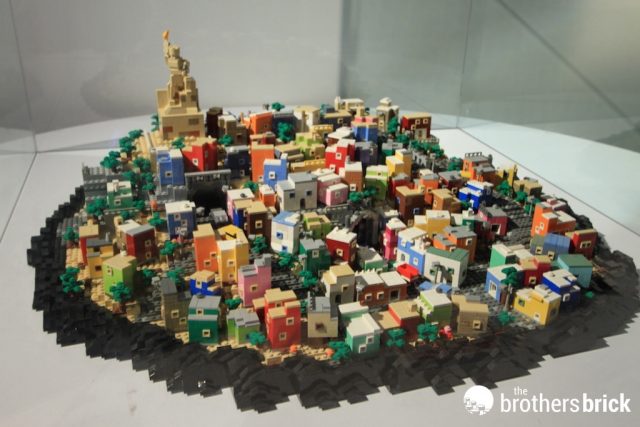 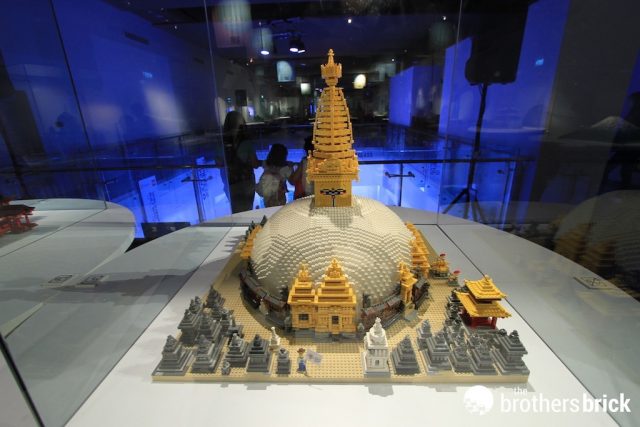 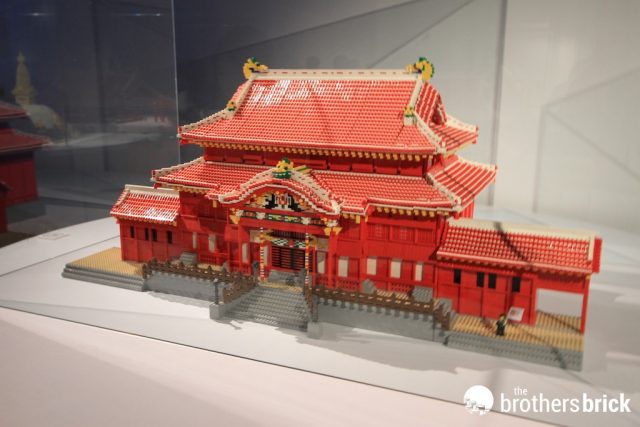 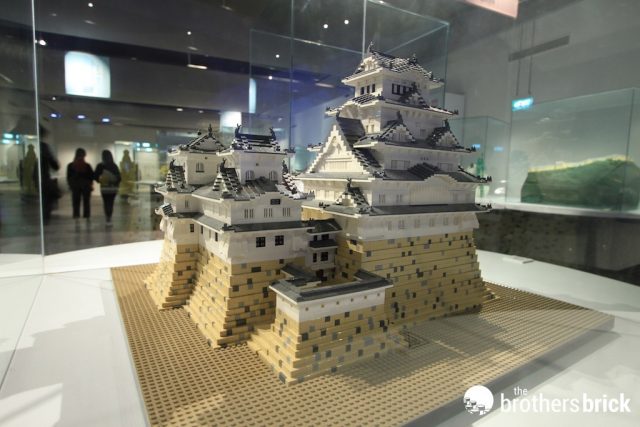 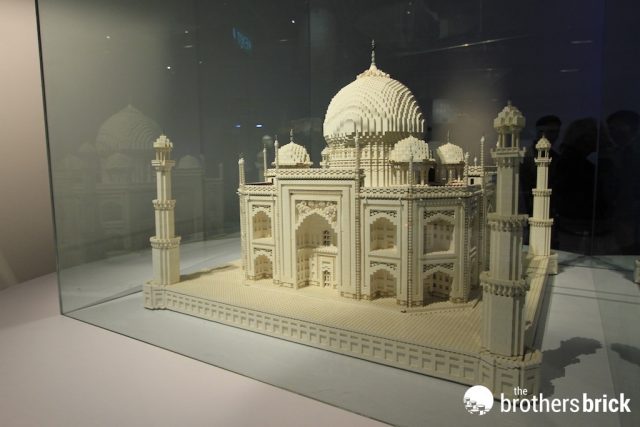 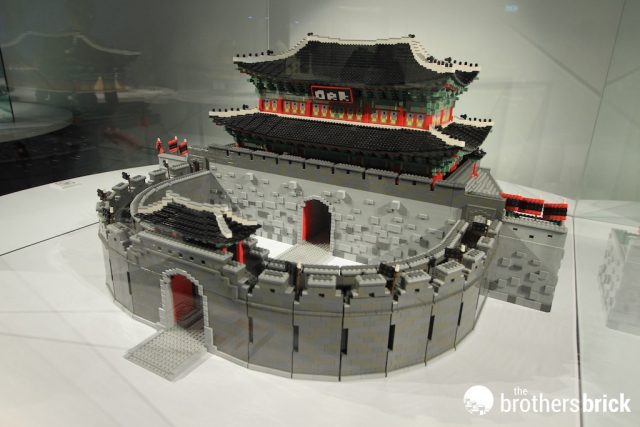