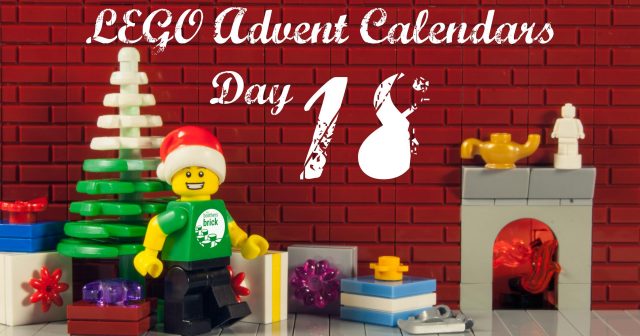 This year we have new Harry Potter, Star Wars, City and Friends advent calendars to open. We will be sharing images of the new calendars every day through Christmas, and hope that you’ll join us! Let’s see what there is to open on Day 18.

END_OF_DOCUMENT_TOKEN_TO_BE_REPLACED

One of the most recognizable ships from Star Wars: The Empire Strikes Back, the versatile, low altitude speeder manufactured by Incom Corporation proved effective in the battle of Hoth, despite being ill-suited for cold environments. It looks like Massimiliano Sibilia may have taken low-altitude a little too seriously in this microscale model, which features the iconic wedge-shaped speeder skimming over the surface of Hoth. 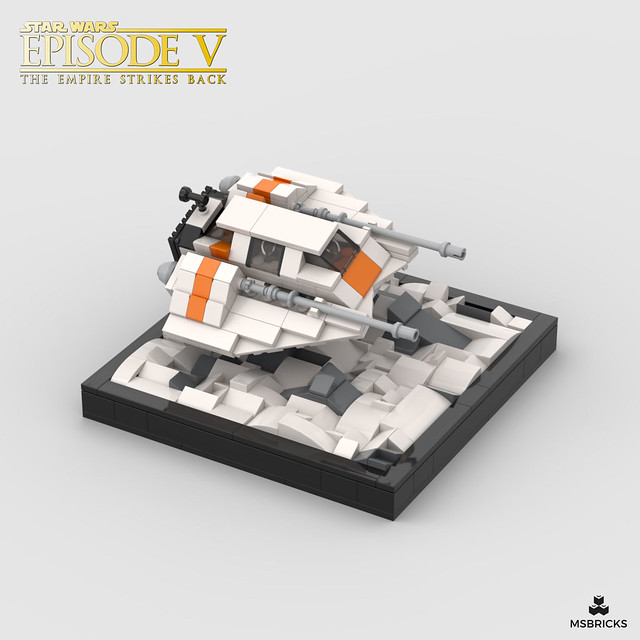 The model captures the clunky aesthetic very well, and the harpoon and grill on the rear are particularly great details on this small scale.

In the world of Star Wars, there are a few fan-favorite vehicles that have stood the test of time, and the Snowspeeder is definitely one of them. They’re sometimes referenced as airspeeders since they were originally utility vehicles until they were modified by the Rebel Alliance for the snowy landscape and battle as seen in Star Wars: Empire Strikes Back, and LEGO’s newest version is 75259 Snowspeeder – 20th Anniversary Edition.

To date, there have only been 3 other snowspeeders at this scale sold in individual sets in the 20 years of the LEGO Star Wars lifespan (plus one cousin, the Sandspeeder). Of course, then there are the other snowspeeders that appeared as part of larger playsets, which include the 7666 Hoth Rebel Base, 8089 Hoth Wampa Cave, 75014 Battle for Hoth, and finally the 75098 Assault on Hoth. Lastly, most fans will remember the Ultimate Collector Series versions which range over a thousand pieces and are masterpieces on their own, plus several tiny microscale versions. Without further ado, let’s take a look at this special commemorative edition the snowspeeder, which LEGO has released as one of five sets in celebration of two decades of Star Wars LEGO. 75259 Snowspeeder – 20th Anniversary Edition has 309 pieces and is priced at USD 39.99 | GBP 34.99  | CAD 49.99. It is currently available in stores and online.