While many don’t fancy the Star Wars prequels, I for one am a fan them, especially the Podracers from The Phantom Menace. Thanks to the 20th Anniversary of LEGO Star Wars, we get an Anakin’s Podracer to commemorate some of the iconic themes and sets from two decades ago. 75258 Anakin’s Podracer – 20th Anniversary Edition comes with 279 pieces and retails for US: $29.99 | Canada: 39.99 CAD | UK: £24.99. It is currently available.

END_OF_DOCUMENT_TOKEN_TO_BE_REPLACED

I’ve been a fan of Podracers ever since they made their debut in The Phantom Menace. These strange vehicles have two bulky engines towing a cart that has very little protection if things go wrong. Jon & Catherine Stead take a spin on the iconic scene where Sebulba is defeated. However, unlike the movie, this time the Dug pilot has a souped-up, mean machine ready to take out any other future Jedi wannabes. 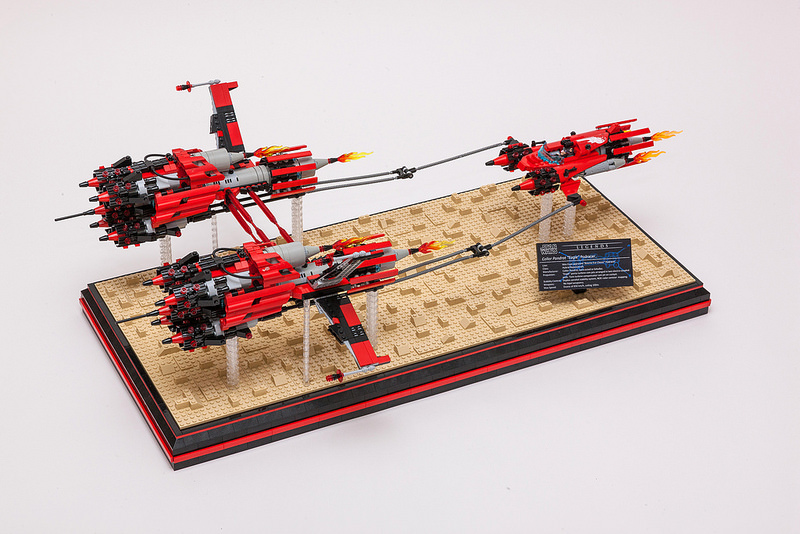 I guess one thing Sebulba didn’t quite learn is bigger may not necessarily mean better, as he opted for oversized engines yet again. Probably unseen and hidden are all those illegal mods to take out any other podracers that may be of threat. END_OF_DOCUMENT_TOKEN_TO_BE_REPLACED

You may know Martin Latta as the builder who made the life-sized Terminator or the epic Battle of Hoth diorama. His latest display takes us to the desert planet of Tatooine in the midst of the fast-paced podrace featuring Anakin and Sebulba. This giant layout spans about 9 ft by 6 ft and contains around 100,000 pieces. 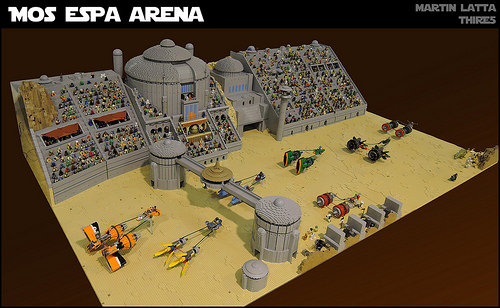