When a piece that’s exclusive to one set gets released in a new colour, it can be appealing to base a tribute to the original set around the new piece. That’s exactly what BobDeQuatre has done with the transparent purple windscreen from the LEGO Movie 2 70828 Pop-Up Party Bus set, which had previously only existed in transparent clear in the Ultimate Collector’s Series 75060 Slave I. 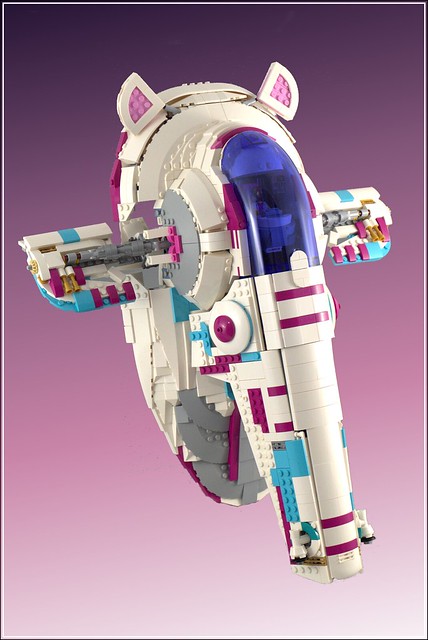 While many parts of the original model could be substituted for parts in the right colour scheme, some had to be replaced if the correct parts didn’t exist. I especially like the way the curves over the wing mounts were sculpted. If you look closely, you’ll notice that the weapons have been removed, as this ship is built to have fun, not chase the Millennium Falcon. And what better way to emphasize its readiness to party, than with a fun pair of cat ears. Meow!