As Disney+’s The Book of Boba Fett comes to a close, it’s a fitting time to stop and take a look back to our first introduction of the bounty hunter who began our love affair with the Mandalorians – The Empire Strikes Back*. And who better to be our guide than Hannes “Marshal Banana” Tscharner? Hannes has previously brought us amazing renditions of other Star Wars vehicles like the Millennium Falcon and the Jawa Sandcrawler. But this time, Hannes teamed up with builder Kevin J. Walter aka Skywalter with the goal of creating the most accurate Slave-1 model ever built in LEGO. Kevin is no stranger to IP spaceship builds himself, and has previously wowed us with his Stargate and Star Trek work. The Slave 1 took the pair a year and a half to complete. But, like any bounty hunter worth the price, they delivered on their goal with stunning results. So, without further ado, let’s take a tour of this Empire-era Firespray-31. 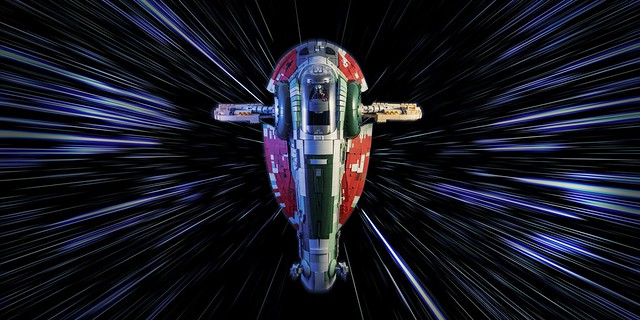 Hannes and Kevin had been wanting to work together on a model for quite some time. Once they settled on the Slave-1 as their goal, the current state of the world forced them to try a digital-first approach. Using the stud.io program, the two were able to test build techniques and closely collaborate, drawing on each other’s strengths as designers. This meant that the model went through many different digital drafts as they pitched concepts and ideas back and forth. Take note of the varying windscreen designs here. 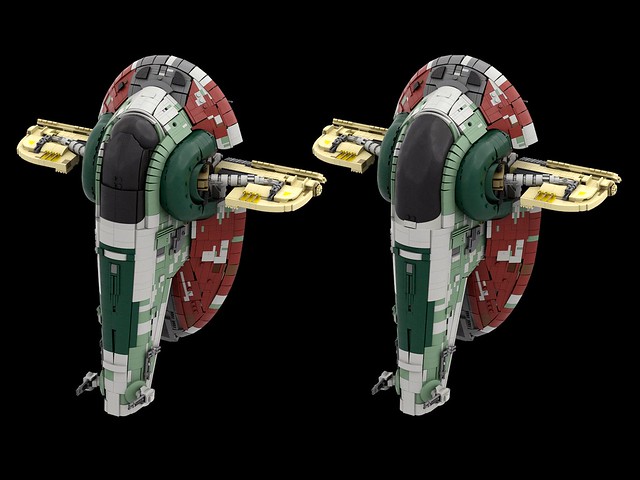 The single source for Hannes and Kevin was the ILM studio filming model from Empire. They wanted to achieve a minifigure scale version with the exact proportions and “used universe” weathering that we see in that movie. They achieved a lot of that with a careful arrangement of plates, panels, and headlight bricks in the ship’s exterior. 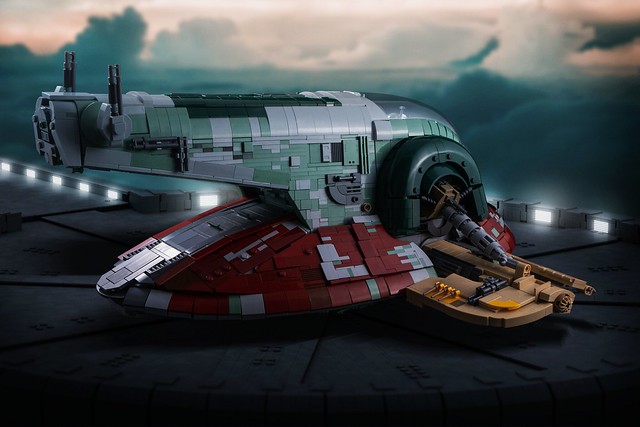 They also paid careful attention to the Slave 1’s full interior and the gimmicks and features shown in the film. These include a cockpit that rotates when triggered by the wings and a fully fleshed-out loading ramp. The final model ended up measuring in at 52 cm high and weighing in at 2950g (a little over 6 lbs.). The final piece tally was 5,108. 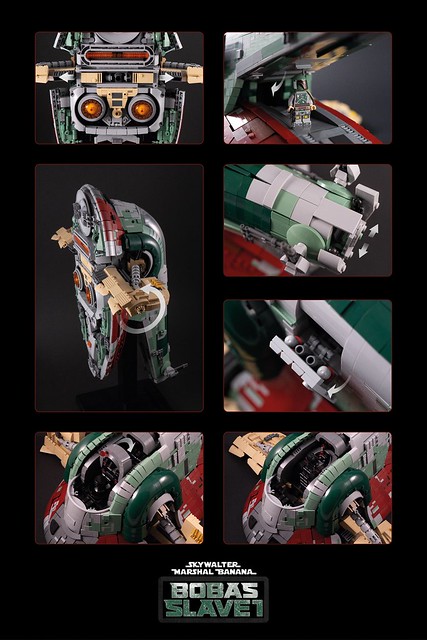 Careful attention was given to the underside/rear of the ship. It includes the thrusters as well as a functional seismic bomb dispenser. And, of course, plenty of greebled goodness. This angle gives us a great sense of how the pair achieved the perfect curves of the craft, as we see plenty of plates with clips holding tight to flex tubing. 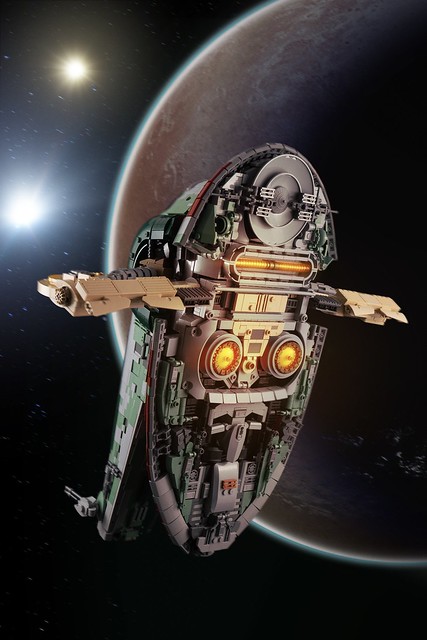 Naturally, no Slave 1 is complete without the twin laser turrets at the base of the main pillar. The ship also features two retractable torpedo launchers and a side weapon hatch. 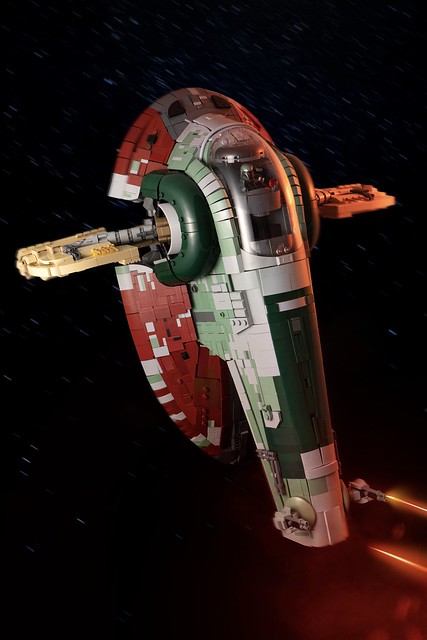 Whether Boba Fett is your new favorite crime lord or you wished he’d have stayed in the Sarlacc, there’s no denying that Hannes and Kevin have turned in a build that pays proper tribute to the character. Just make sure you don’t owe any Hutts anything. You want to admire this ship here, not closing in on your tail. 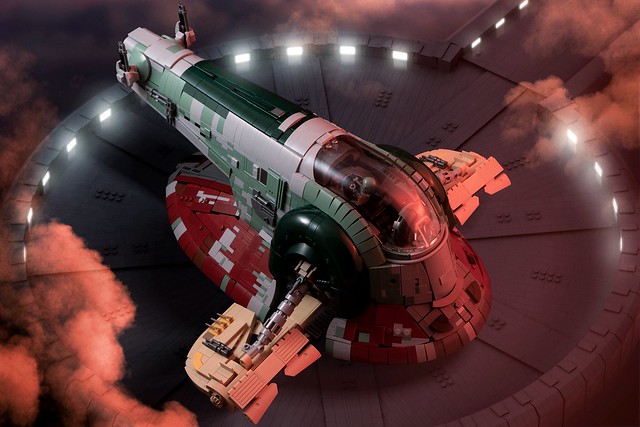