If you’re going to build a massive scene for your stars, you’ve got to make sure there are plenty of supporting actors. The side stories that builder Mihai Marius Mihu includes in this work called Medusa’s Lair elevate this from a detailed scene to a multileveled story. The stars of the scene are debatably dependent on elevation but the above-ground scene is the most fleshed out. Maybe “fleshed out” is the wrong turn of phrase for such a stone-filled scene. The carved columns and painted reliefs remain unpilfered, tying in the historical art and architecture to match the thematic characters. A presumable Perseus perches himself at the base of the steps as Medusa makes her way across the patterned precipice. Old foes stand as stone statues while their treasures and trinkets fall to the side to remain untouched. Those that found themselves trapped in their hiding spots now sit as bones, victims of the deadly wildlife or their own hunger. 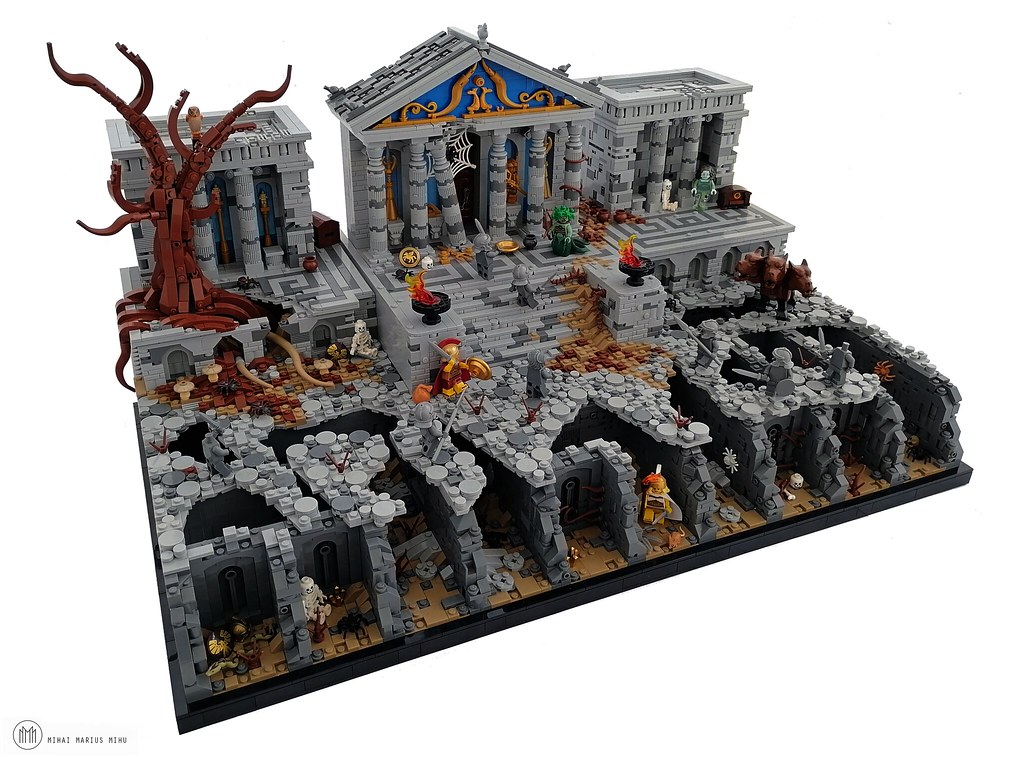 END_OF_DOCUMENT_TOKEN_TO_BE_REPLACED

This LEGO creation looks like something straight out of a steampunk world. Mihai Marius Mihu has built this intricately detailed mechanical fish, using a wide variation of parts. Wing and blade pieces represent fins, while there are all sorts of parts used across the body; branches, armour modules, claws and snakes. Around the eye, a tyre encompasses the pupil, represented by a crystal globe. The blue wing sections provide an excellent contrast to the golden colour scheme. It’s a fantastic build as you’re guaranteed to spot new clever details every time you look at it. 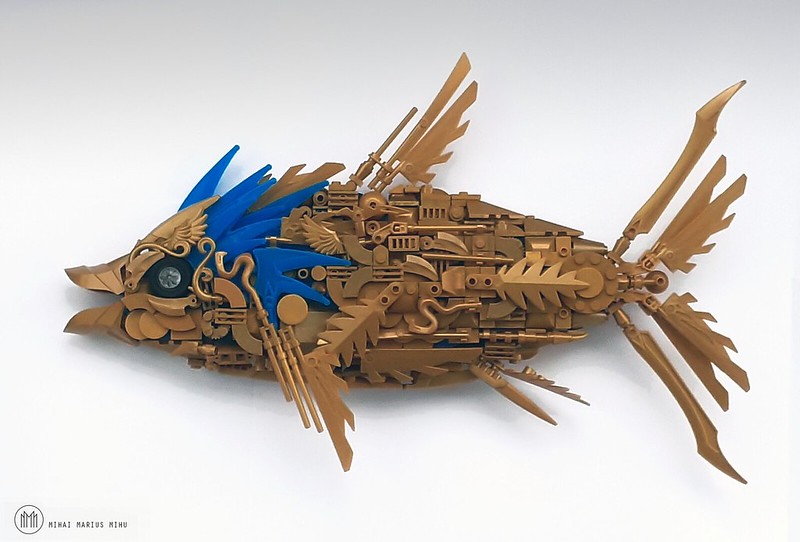 I sometimes wonder what it would be like to be in the mind of LEGO builder Mihai Marius Mihu. He is an artist who seems to exist in a dark, hellish world that’s part H.R. Giger, part H.P. Lovecraft and part Wayne Douglas Barlowe. In other words, he’s precisely the type of person I’d love to have a beer with. Take, for example, this new creation, an Alien Maintenance Bay. In his own words, the bay “is the infirmary of the Mothership, a ward for diagnosing and repairing of the damaged Glider units that were able to return from combat.” The whole structure oozes alien biomechanical menace. With astounding textures and smart color trapping, it’s a masterpiece from an incomprehensible distant world. He also tells us that in the year 2033 mankind is struggling to survive after an overwhelming alien invasion. That’s only like twelve years away! Looks like we’re in for a dreary future. Or maybe we won’t even know it because we’d all be assimilated into their creeptastic alien agenda. 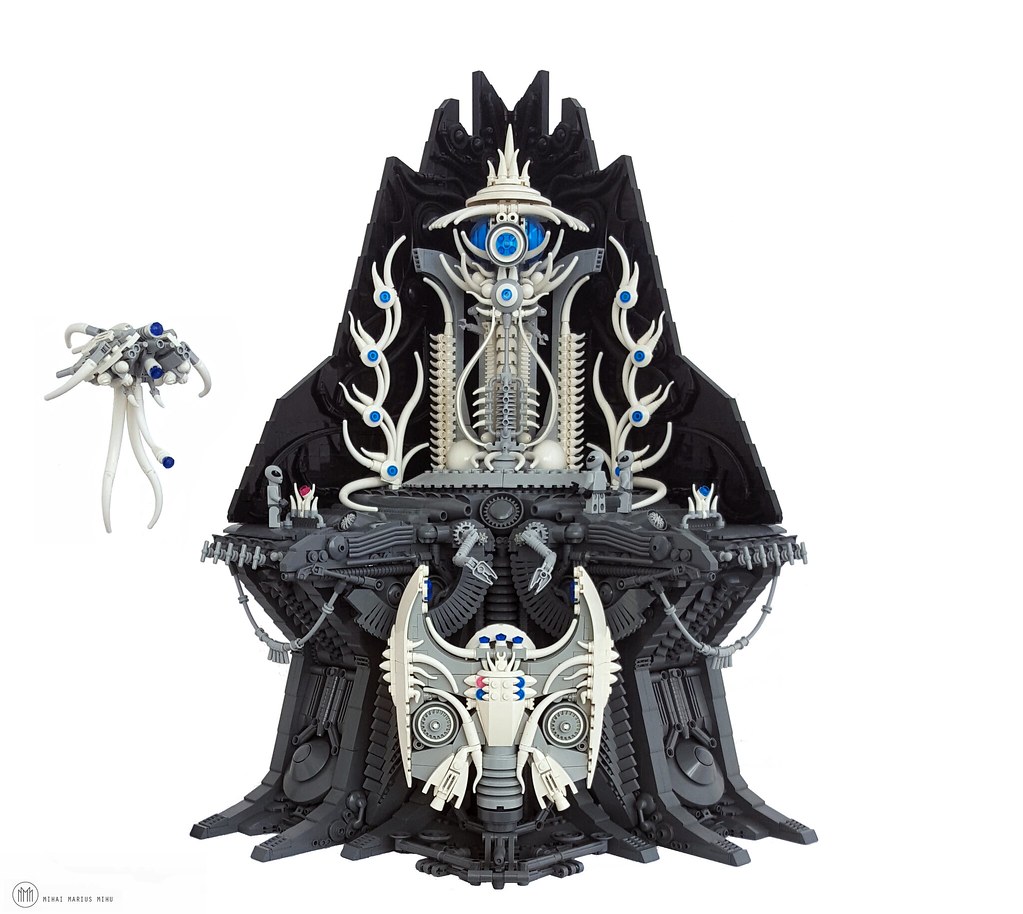 Seriously, Mihai if you’re ever in the Seattle area look me up, you’ve got a local microbrew coming to you on me. And adversely if I’m ever in Romania, I’ll be sure to visit Dracula’s Castle and your place, which I wouldn’t doubt may very well be one in the same.

You have to wonder what sort of portal this eerie LEGO key from Mihai Marius Mihu is designed to unlock. Something tells us that it’s a door better left unopened. I love the organic curves in both the gold and black elements, and the chain wrapped around the shaft is a clever touch that adds some unusual texture. But the main thing that interests me is what appears to be an eye set into that golden Ninjago Spinner. Should this creation be winking at me like that? 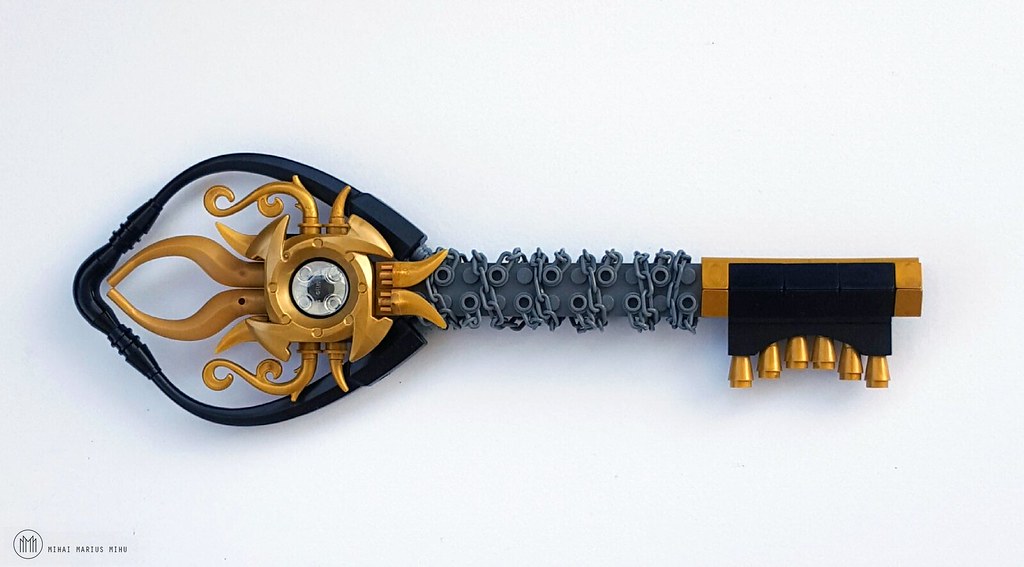 If you’re in the mood for more spooky looking builds, check our our Horror Tag!

It is a common misconception that ancient Egyptian architecture was as blandly colored as the surrounding desert. Historians, and, it seems, LEGO builder Mihai Marius Mihu, believe otherwise. And if you ever played Assassin’s Creed: Origins (which was heavily inspired by historic research) you might have climbed up a temple much like this one, dedicated to Anubis, the jackal-headed god of the afterlife. There are so many wonderful splashes of color, from the tiny row of green, gold, red, and blue tiles along the roof-line, to the elaborately detailed carvings atop the rows of pillars on each side. 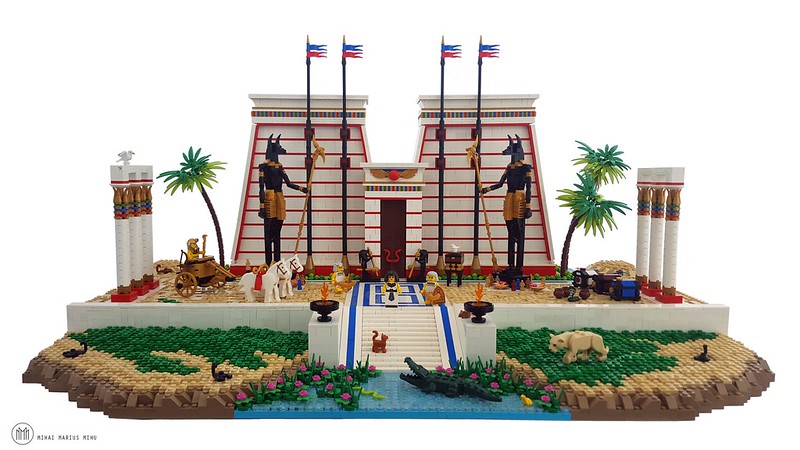 While stuck at home in quarantine or self-isolation, people need fun activities to pass the time. One popular activity is building LEGO sets and designing new creations. If you don’t have LEGO to build with, you can still appreciate other people’s creations online, like Mihai Marius Mihu’s wise owl. And once you’re done appreciating it, this LEGO owl has a new activity for you, read a book! Well, assuming you can get it out from under his sharp talons. I absolutely love the use of 1×2 slopes as the plumage. The waves they’re arranged in makes the owls chest look especially fluffy. 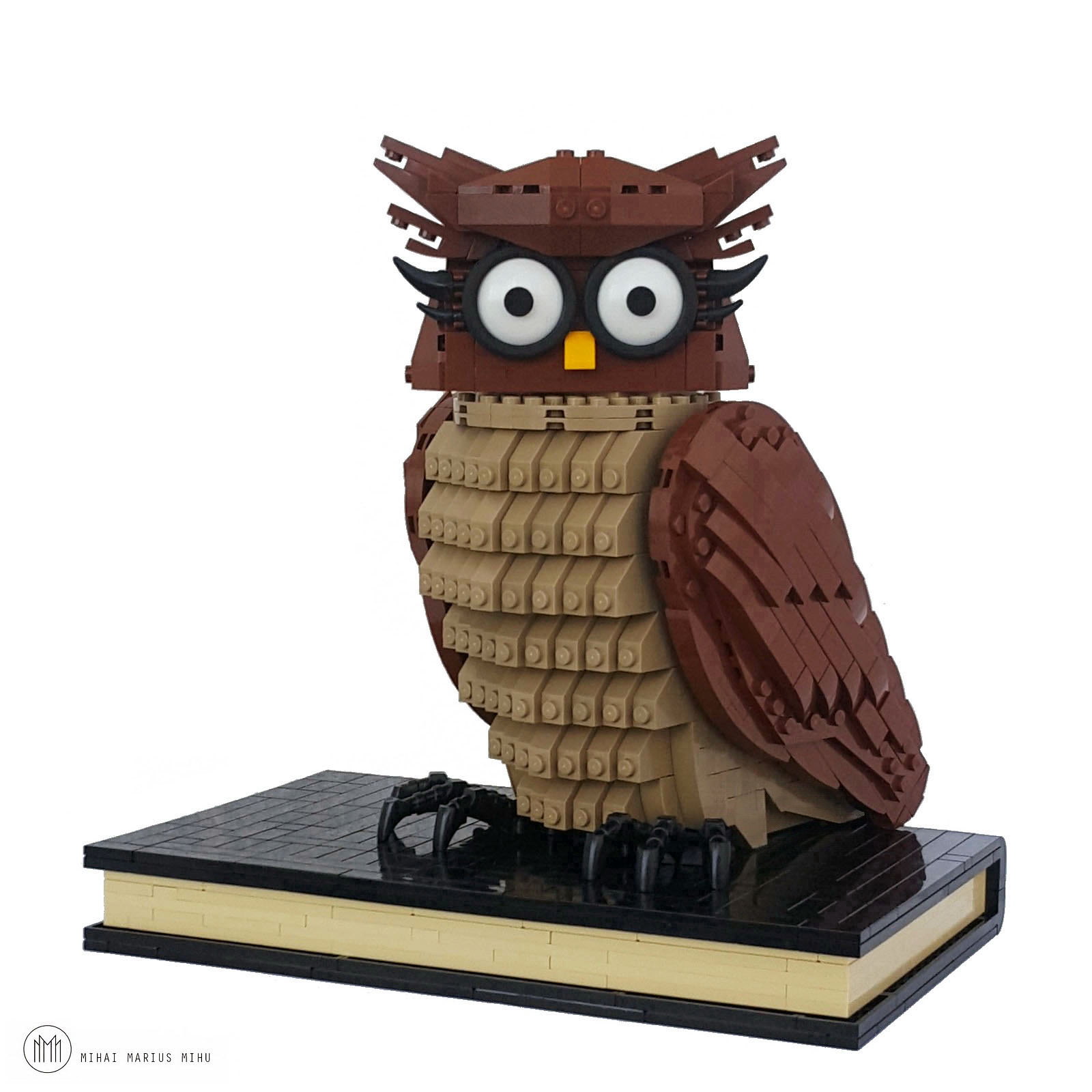