We’ve seen some interesting builds over the years from Mihai Marius Mihu, and we’ve seen some incredible busts from the talented Tyler (The Deathly Halliwell). So today I was stunned when the best of both builders were combined into one stunning series of builds, a merger of Mihai’s unique style and vision and Tyler’s execution.

Over the past four months, the two builders have worked together to create their own vision of Greek mythology. Mihai started them off with a series of sketches (linked to below) which both Tyler and himself based their designs on.

Hold on tight as we take a trip down The Rivers of Hell, the 5 mythological rivers of the underworld.

The first river that the dead reach is Acheron: 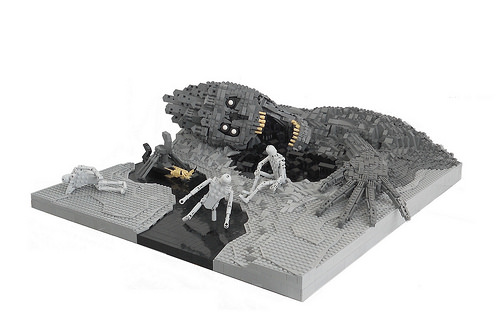 The dead can elect to take Charon the ferryman across, or wander the shores of Acheron shore for a century.

The Styx, river of hate, is next: 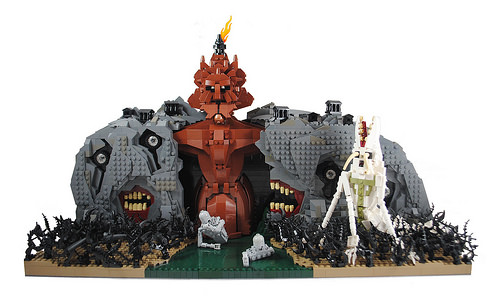 On its shore stalk the Erinyes, visiting justice upon criminal souls.

After that is the Cocytus, river of torture: 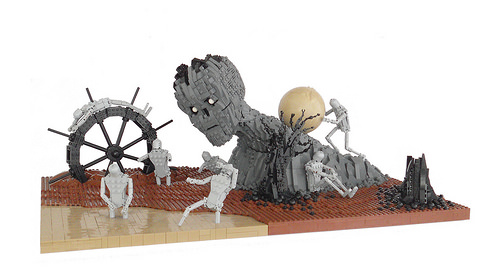 And then the Lethe, river of forgetfulness, where the dead forget their mortal lives: 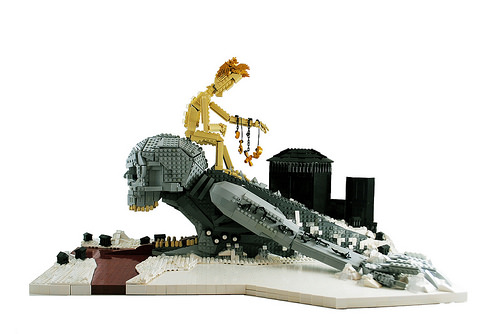 And lastly Phlegethon, in the deepest depths of the underworld, which holds the prison of the Titans, dreadful Tartarus: 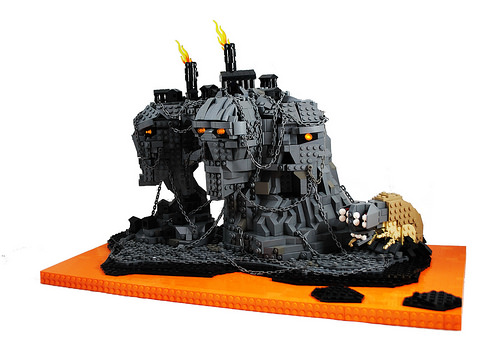 And off to the side guarding the borders of Hell is Cerberus.

You can see all the creations, background sketches and character studies in the Flickr group.