Any car enthusiast knows that the Speed Shop can be a vital place to give your car that extra bit of oomph. Sometimes just a little more horsepower or even flashier rims will do it. Even a new air freshener can turn your ride from a zero to a hero. (Thanks, Vanilla Ice!) But LEGO builder Stephan Gofers has your solution for when you had a need for speed back in the horse and carriage days. This Medieval Speed Shop has everything we look for in a great LEGO creation. It has neat colors, nice parts usage, awesome build techniques, and also goats. Did I mention before that goats equal the formula for success here at Brothers Brick? I’m pretty sure I did. This isn’t the first time Stephan tickled our fancy. Check him out in our archives. 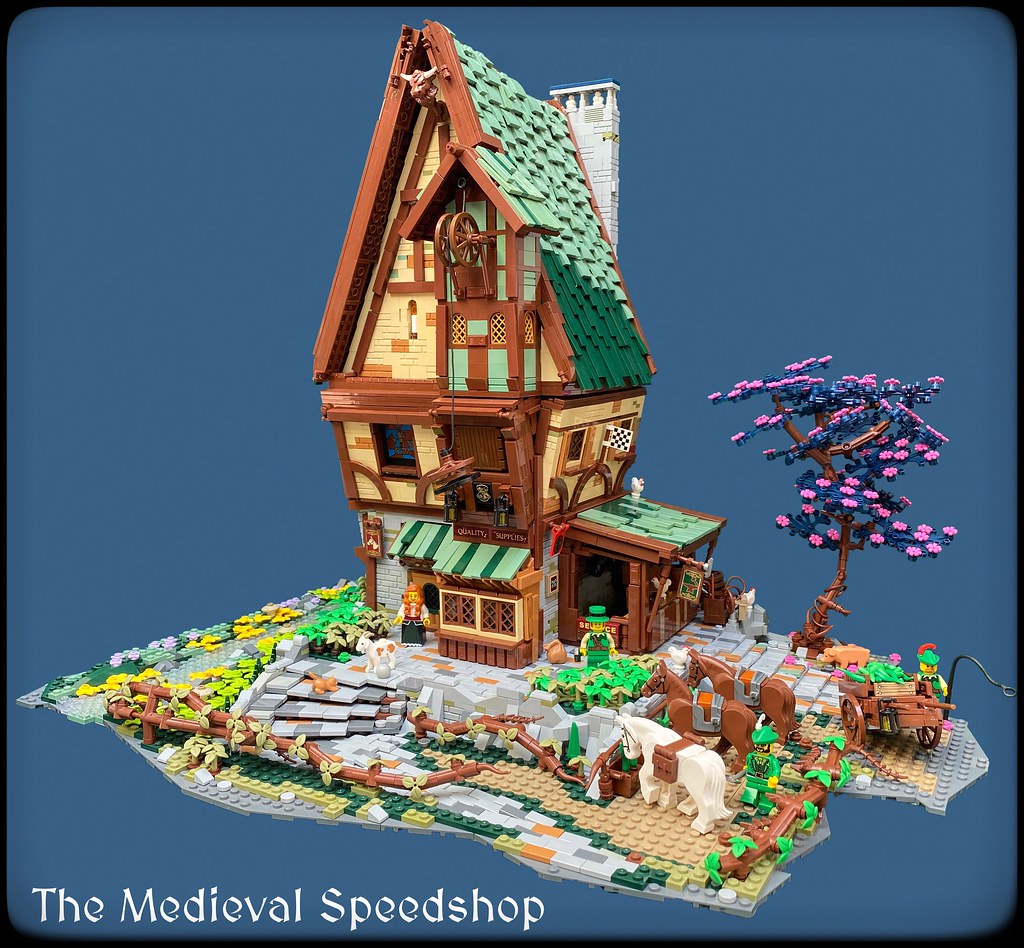 This gorgeous LEGO diorama by Stephan Gofers shows us the ocean’s full depth, from the vivid coral reefs below the waves, to the sleek 3-master sailing on its surface. The pirate crew has captured a hapless guard, forcing him to walk the plank. In no short order, he’ll be admiring the fantastic marine life from a much closer vantage point, and since he’s not wearing handcuffs, we can assume he’ll swim safely to shore to become a new castaway. 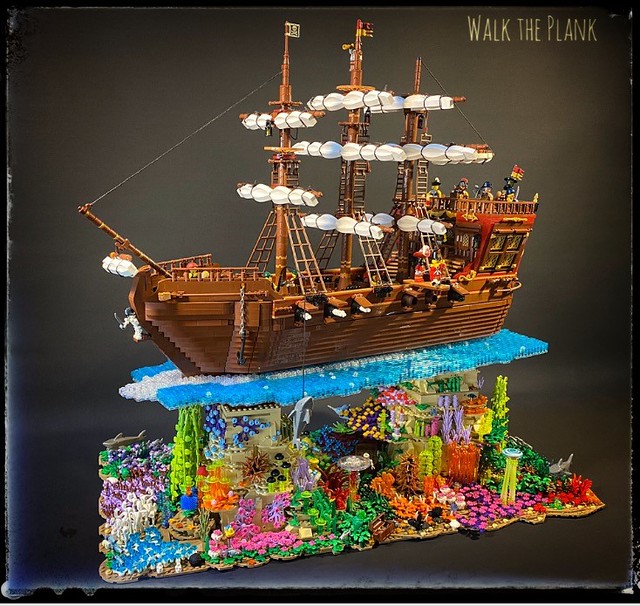 While the colorful reef draws the eye first, the ship itself is a lovely model, eschewing LEGO’s pre-made ship hull elements and instead opting for a planked-look made of brown tiles and curved slopes. The furled sails made of curved white slopes also look excellent. END_OF_DOCUMENT_TOKEN_TO_BE_REPLACED 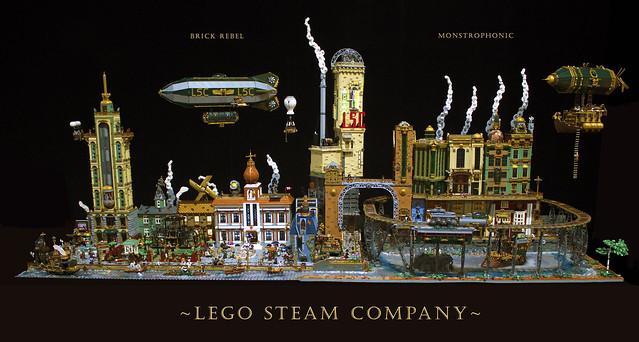