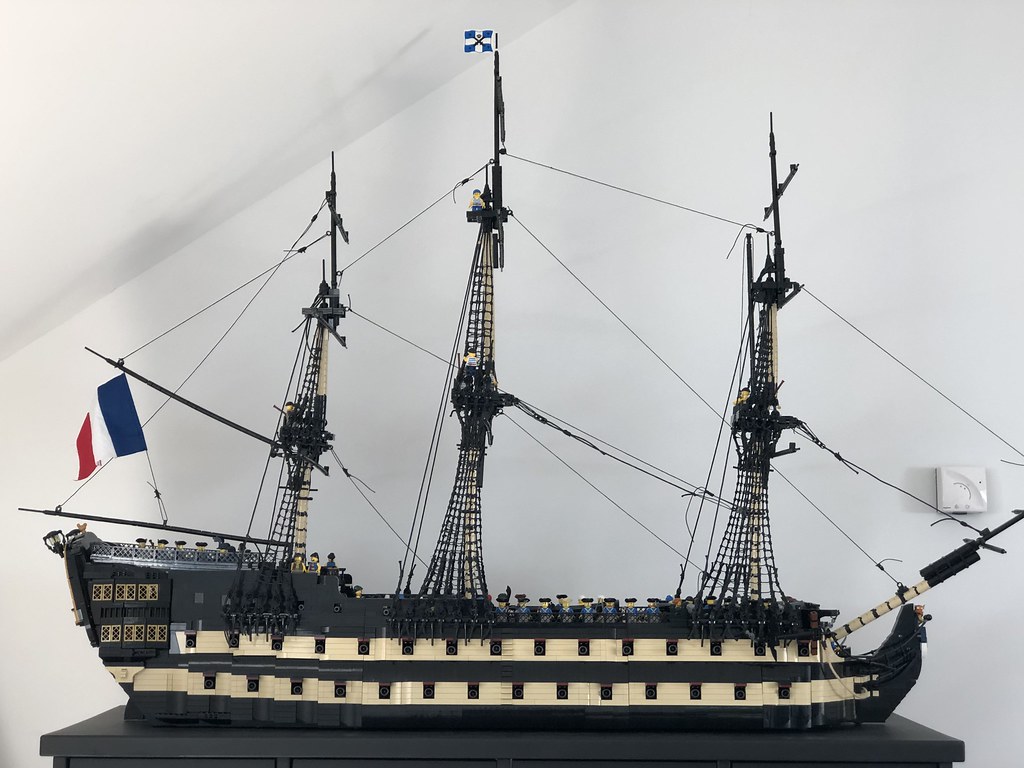 END_OF_DOCUMENT_TOKEN_TO_BE_REPLACED

During the war in Vietnam, the US Navy monitored the heart rates of some of their pilots. Flying though Hanoi’s air defenses understandably raised their pulse. However, their hearts went even faster at the end of the flight, when they had to land their jets on an aircraft carrier. These may be big for a ship, but they are very small for an airport. Unlike pilots, unmanned aircraft or ‘drones’ don’t have hearts and they are never tired. If a drone crashes or gets shot down, its pilot can’t get hurt or taken hostage. Instead, the operator is safely at his or her home base, in a comfortable chair in an air-conditioned container. So, it’s easy to see the attraction of unmanned aircraft. For the US Navy carrier landings remained a major hurdle, though. Enter the X-47B. Northrop Grumman built two of these weird-looking experimental jets, to demonstrate integrating unmanned combat aircraft into carrier operations. Between 2012 and 2014, the second of the two jets, nicknamed “Salty Dog 502”, performed several autonomous carrier landings and take-offs on three different aircraft carriers. At the time, the Navy expected to put unmanned combat aircraft into service in about five years’ time, but it has yet to happen. 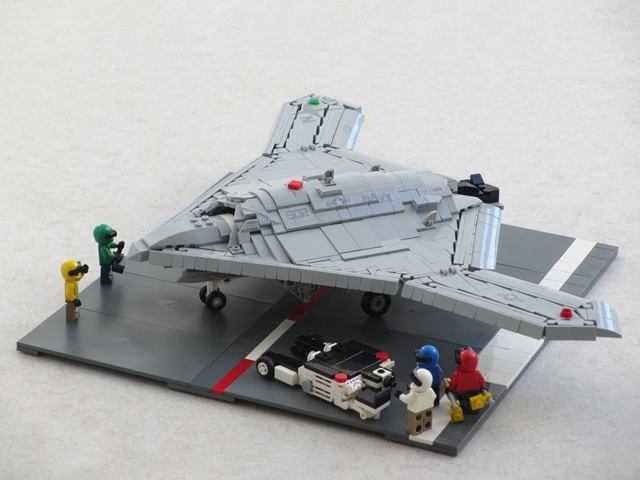 Lately, I’ve been enjoying myself by building a series of LEGO models of experimental aircraft. Unusually, for me, these new models are mostly studless. I also built them to a scale for LEGO minifigures. Therefore there is a bit of irony in adding Salty Dog 502 to my collection. Not having to carve out space inside for a minifigure’s substantial rear end was a bit of a relief, though; I really struggled to fit a pilot in my YF-23. The X-47B is grey, much like operational US Navy aircraft. While its shape is certainly interesting, that is not enough for an attractive display. Fortunately, while the X-47 doesn’t need a pilot, it does require a ground crew to take care of it, like any other aircraft. So, I built a minifigure deck crew, as well as part of the deck and a small deck tractor to go with it. On US aircraft carriers the deck crew wears color-coded outfits that depict their different roles. These minifigures add a welcome splash of color. 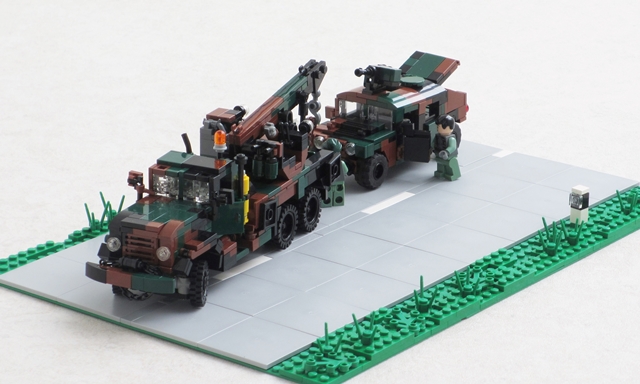 Looks like someone is still trying to fulfil their new year’s resolution. Kosbrick has created a perfect brick-built gym scene for his current Iron Builder contest, and the use of the paint roller handle is genius. 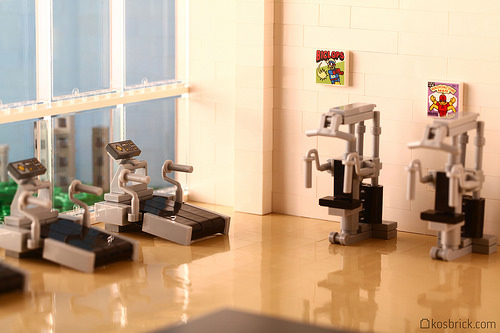 On his blog, Kos explains the build was a reminder of official modular builds, and I’ve got to say it does. It also reminds me that I do have to hit the gym really soon!