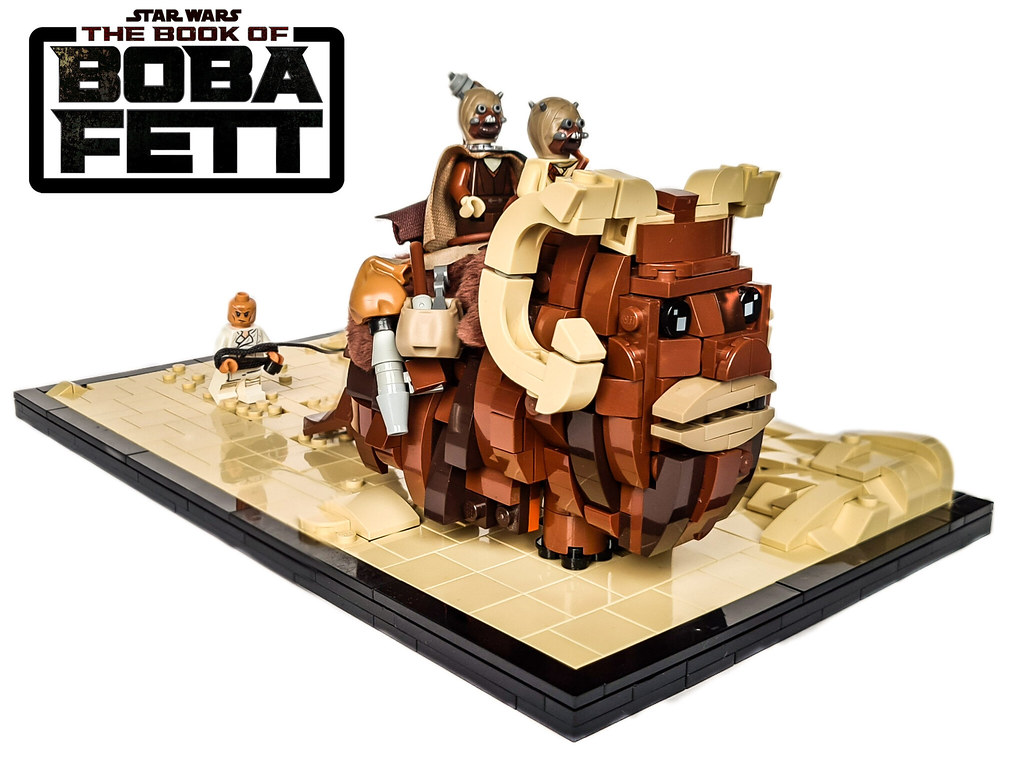 END_OF_DOCUMENT_TOKEN_TO_BE_REPLACED

First off to start, this LEGO vignette from the hit series The Mandalorian built by Kevin is a spoiler-free scene since it appeared in the promotional trailer for the second season. Unsurprisingly the show is continuing to crank out inspiration for LEGO builders and vignette creators. 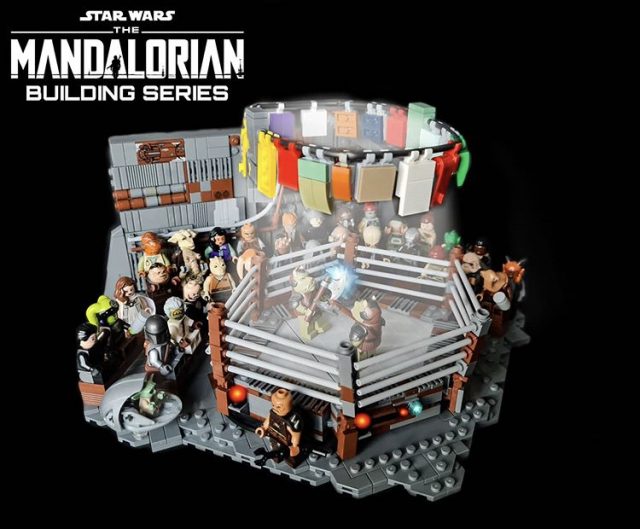 A WWE or UFC inspired setting with two Gamorreans duking it out to presumably the death is shown both on the screen and in Kevin’s model. Long poles connected to 1×1 jumpers secure the ring, comprised of tiling and bricks laid on top of more tiling and plate pieces of varying shapes and sizes. Above the ring are some flags utilizing many different elements such as clip pieces, slopes, and tiles. Of course, this vignette is minifigure heavy. It showcases Kevin’s wonderful collection of Star Wars alien species minifigures, including the fighting Gamorreans, a Twi-lek, a Gran, a Mon Calamari, and an Ithorian, to name a few. As a whole, Kevin’s scene certainly captures this moment in the streaming series very well with its sense of crowdedness and recreation of event lighting. 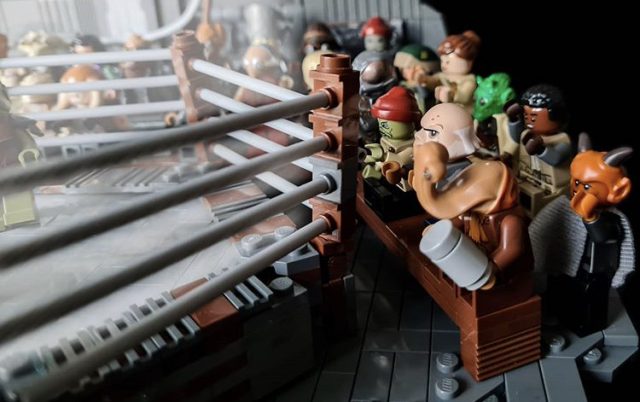 With new LEGO Star Wars Mandalorian goodies finally making their way to store shelves this season, scenes from the popular streaming series are becoming easier to recreate. Builder Kevin on the other hand recreates an iconic and perhaps more difficult scene to remake out of some unusual LEGO elements. 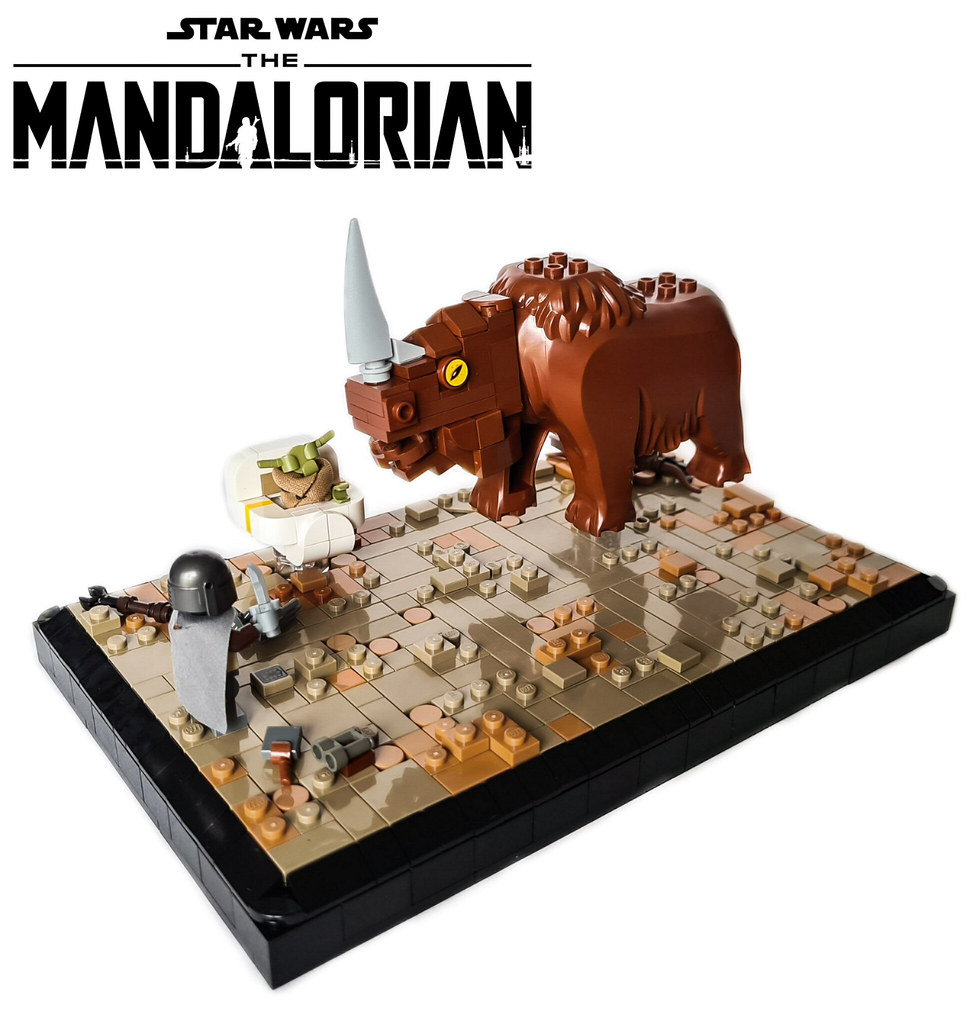 While Kevin renders the terrain of the planet Arvala-7 pretty simply using plates and tiles, the most eye-catching components of this build are the creatures included; the Mudhorn as well as the child. The body of the mudhorn can be broken down into two segments: the brick-built head and the rest of the body which creatively makes use of the LEGO mammoth element. The most striking parts utilized in the mudhorn head build would be the 1×1 round tiles with eye prints and the grey claw shaft used for the horn.

END_OF_DOCUMENT_TOKEN_TO_BE_REPLACED 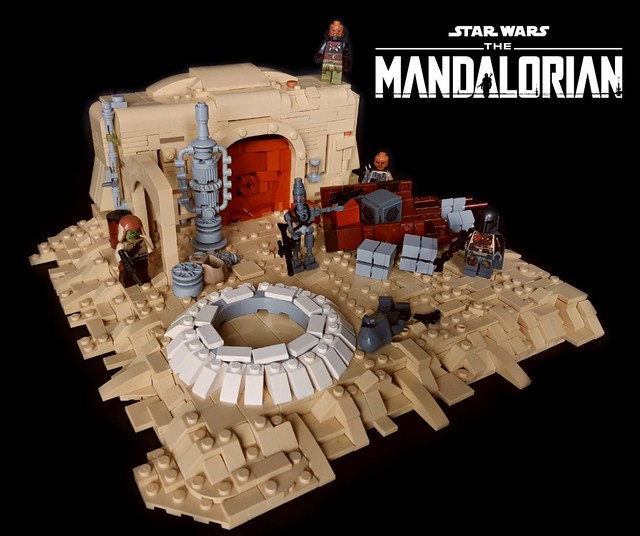 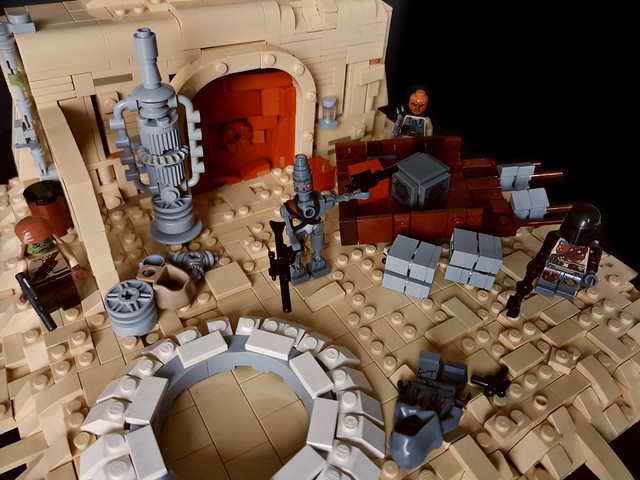 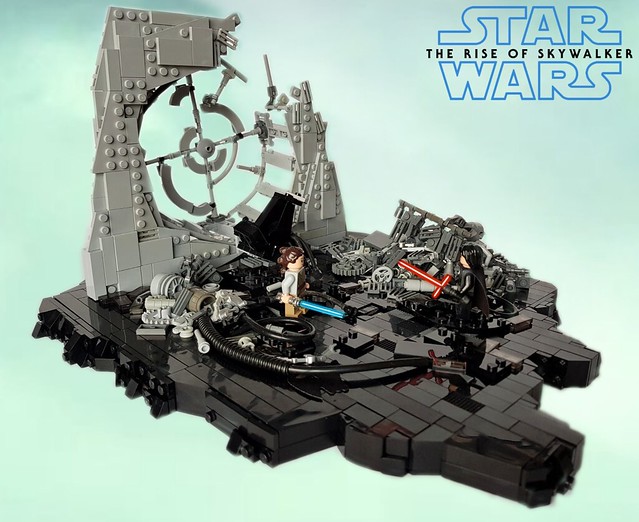