Oddly coloured LEGO foliage always catches my eyes. So this creation by Joe hits the sweet spot. Not only is the trees foliage purple and violet, the grass is lime coloured. The path leading towards the monastery is earth orange. So all of the secondary colours are accounted for, which creates a very pleasing aesthetic. You wouldn’t want to roll down these grassy hills, because the high grass is made using lots of sharp katanas. You can see this is not the living-in-poverty type of monastery as they somehow were able to afford a goat. 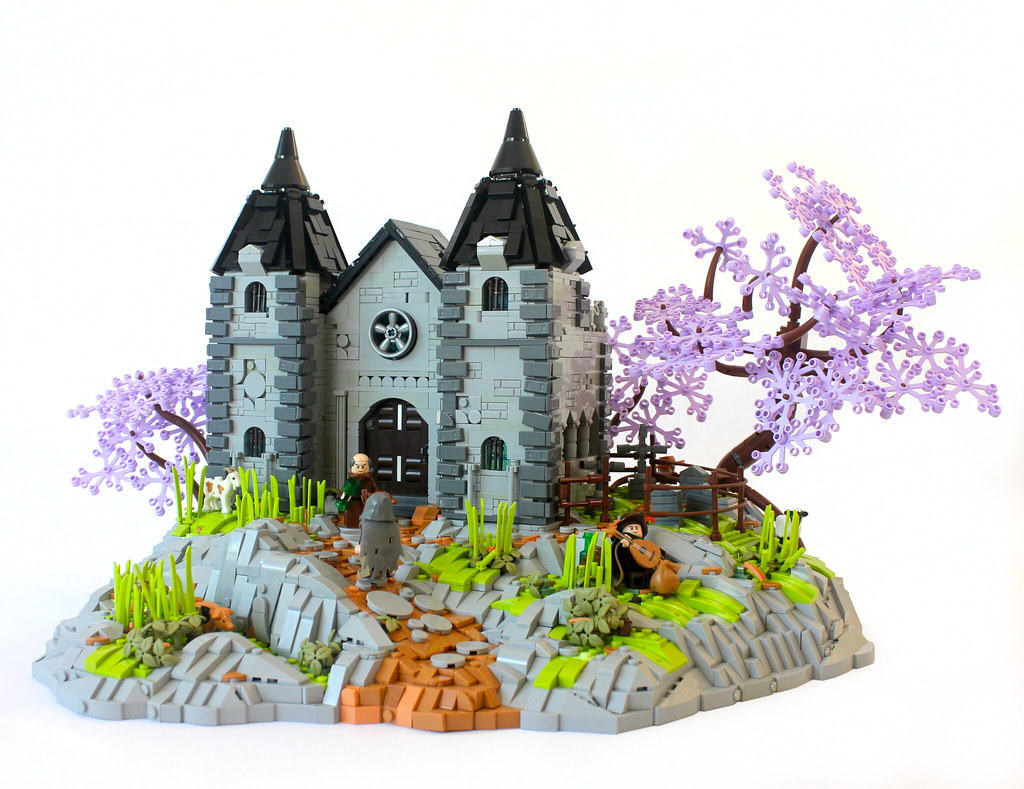 This July, with the release of Thor Love and Thunder, Thor becomes the first individual in the larger Marvel Cinematic Universe to get a fourth feature-length film with his name in the title. But just because the Avengers aren’t around, it doesn’t mean Thor is flying solo. His longtime love interest Jane Foster will return to wield Mjolnir herself. At their side will be fan-favorite Korg and the king of New Asgard, Valkyrie. And they’ll all be up against Gorr the God Butcher who, I assume, will be looking to butcher himself some gods. That’s bad news for our favorite Asgardians. The good news is that Taika Waititi is back in the director’s chair, and it’s a safe bet he’ll be bringing the same blend of action and whimsy that he delivered in Thor Ragnarok. Who else would make a movie with as bizarre a tie-in set as LEGO 76208 The Goat Boat? But bizarre might be just what the doctor ordered after countless MCU tie-in sets featuring mostly SHIELD vehicles and spaceships. This 564-piece set will be available on April 26th from the LEGO Shop Online for US $49.99 | CAN $64.99 | UK £44.99. 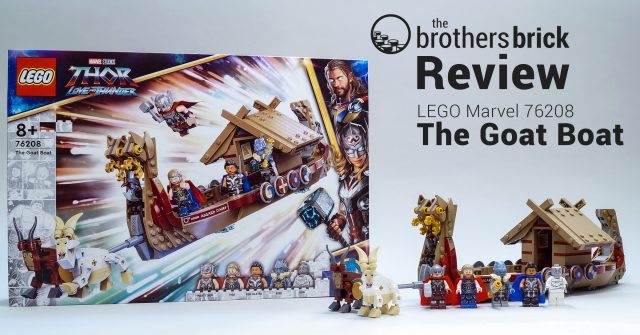 END_OF_DOCUMENT_TOKEN_TO_BE_REPLACED

Yet again, Brickleas draws inspiration from the blue large figure shield holder. This time the result is a lovely medieval market. There are a lot of LEGO parts used in interesting ways in this creation, including many used as decorative woodwork — the wand, bucket handle and the ninja helmet horn elaborate to name a few. Over the years LEGO has released quite a few ‘wooden’ containers. Brickleas uses quite a few of them in their market stalls. We can spot the crate, box, half, small and large barrel and the flowerpot. Their uses aren’t notably creative — they are, after all, containers used as containers — but the diversity helps to create a disheveled atmosphere I associate with markets. The best thing about this creation has to be the depth the picture has due to the framing, thanks to the tunnel/gate walls on the left and right of the picture. The buildings overlap, and the addition of a microscale castle in the background adds further depth. The flooring deserves a quick mention, and you can tell this is a rich city/town thanks to the abundance of goats. 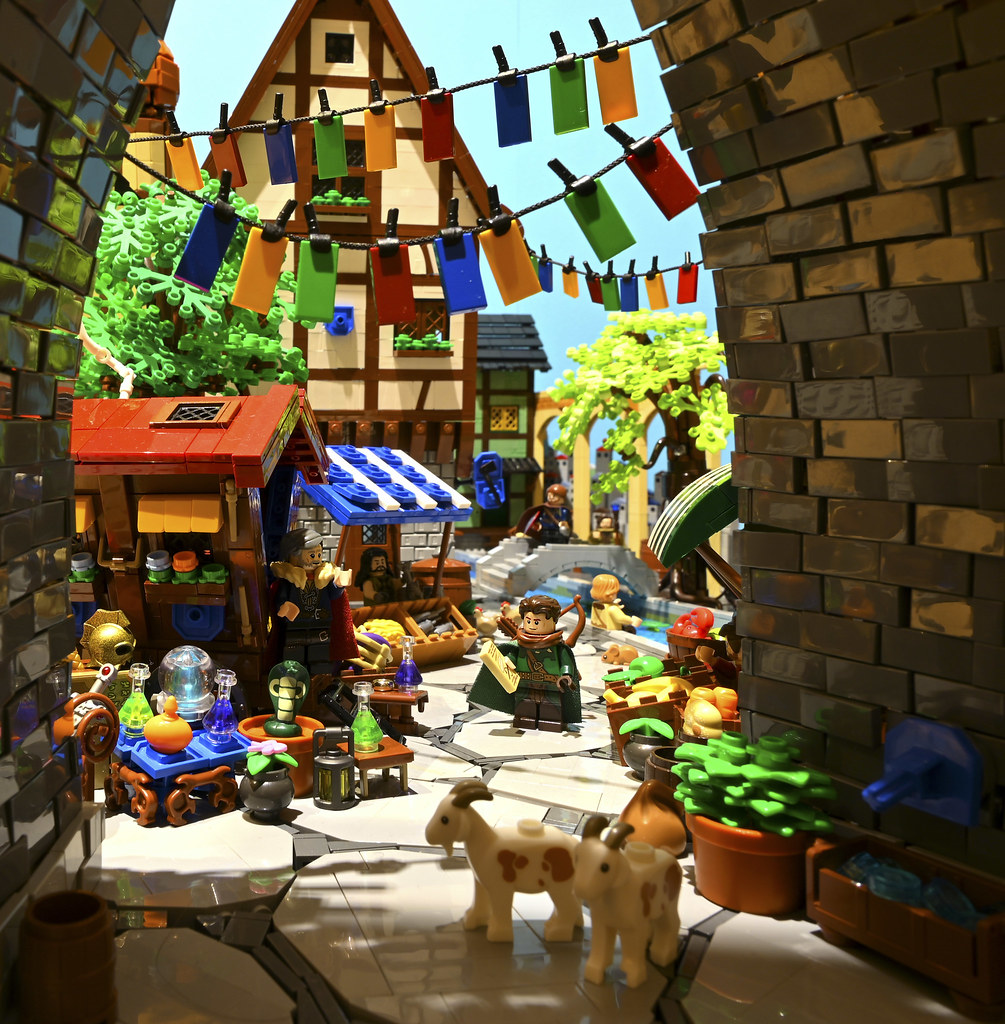 We all know the drill by now. Build a cool Classic Space-inspired LEGO rover, set it in a semi-realistic moonscape of barren rocks. That’s all good and well, because honestly who doesn’t love that? But what I love most about this rover by OA KD is that instead of a moon crater, there’s an adorable space goat munching on some space flowers. But let’s not forget the rover itself, which is a beautiful example of Neo-Classic Space–the modern interpretation of the classic theme from the ’70s and ’80s. While the eggbeater antenna and the little jarred plant are awesome, the detail I love most is those antique grey rubber tires on modern rims, because it looks so perfect for spacey applications like this. I’ve actually tried this on a build a few years ago and found it works great in the short term, but the rims were just a tiny bit tight causing the fragile old rubber to crack after a while, so caution is advised. 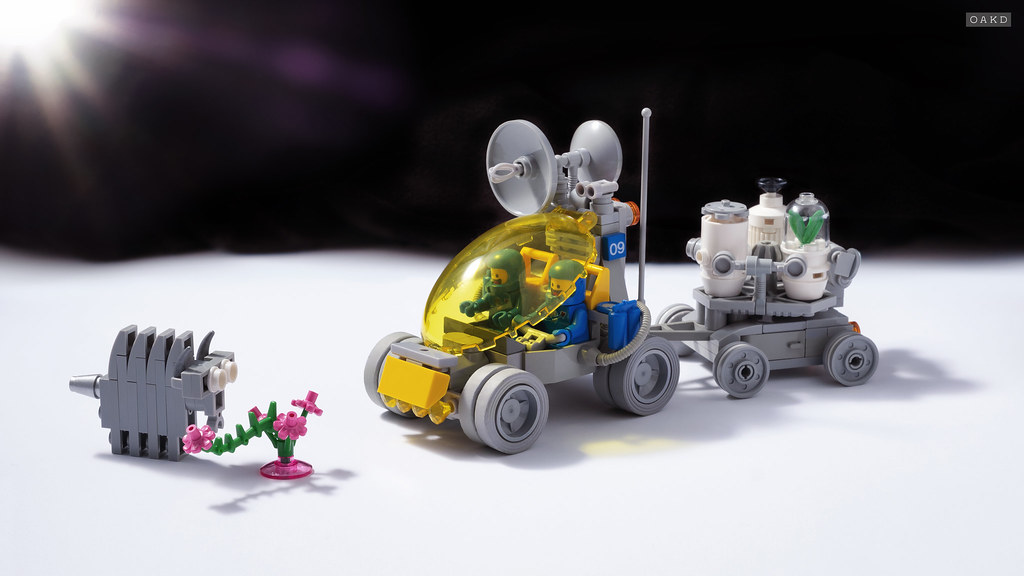 But OA KD didn’t just build a space goat and a little day-trip rover. They also built an awesome big rover with treads. It’s loaded with a few canisters for carrying moon plants, and has a cool trans-yellow cockpit courtesy of the old-school angular windows. END_OF_DOCUMENT_TOKEN_TO_BE_REPLACED

LEGO released the 7189 Mill Village Raid set nine years ago (yes, you heard it correctly, nine years ago!). To this day this is the only set to feature this particular LEGO goat. Buying a LEGO goat on Bricklink is like buying a kidney on the black market. Somehow adding a goat adds to your creation makes it ten times as good. Hellboy.lego made a beautiful new rendition of this set. And it doesn’t need goats to make it look good. However, he added 4 of them anyway. I am not sure what is being raided in this creation but it would be wise to snatch a goat or two while at it…

My uncle is a great fan of LEGO. He once spoke these wise words: “Making something awesome out of LEGO is not about having a lot of different bricks, it’s about having a lot of the same bricks.” And Hellboy.lego proves him right by using a ton of 1×2 tiles in this creation. Most of the walls and the roofs are composed of 1×2 tiles. Even the blades of the mill are made of them! 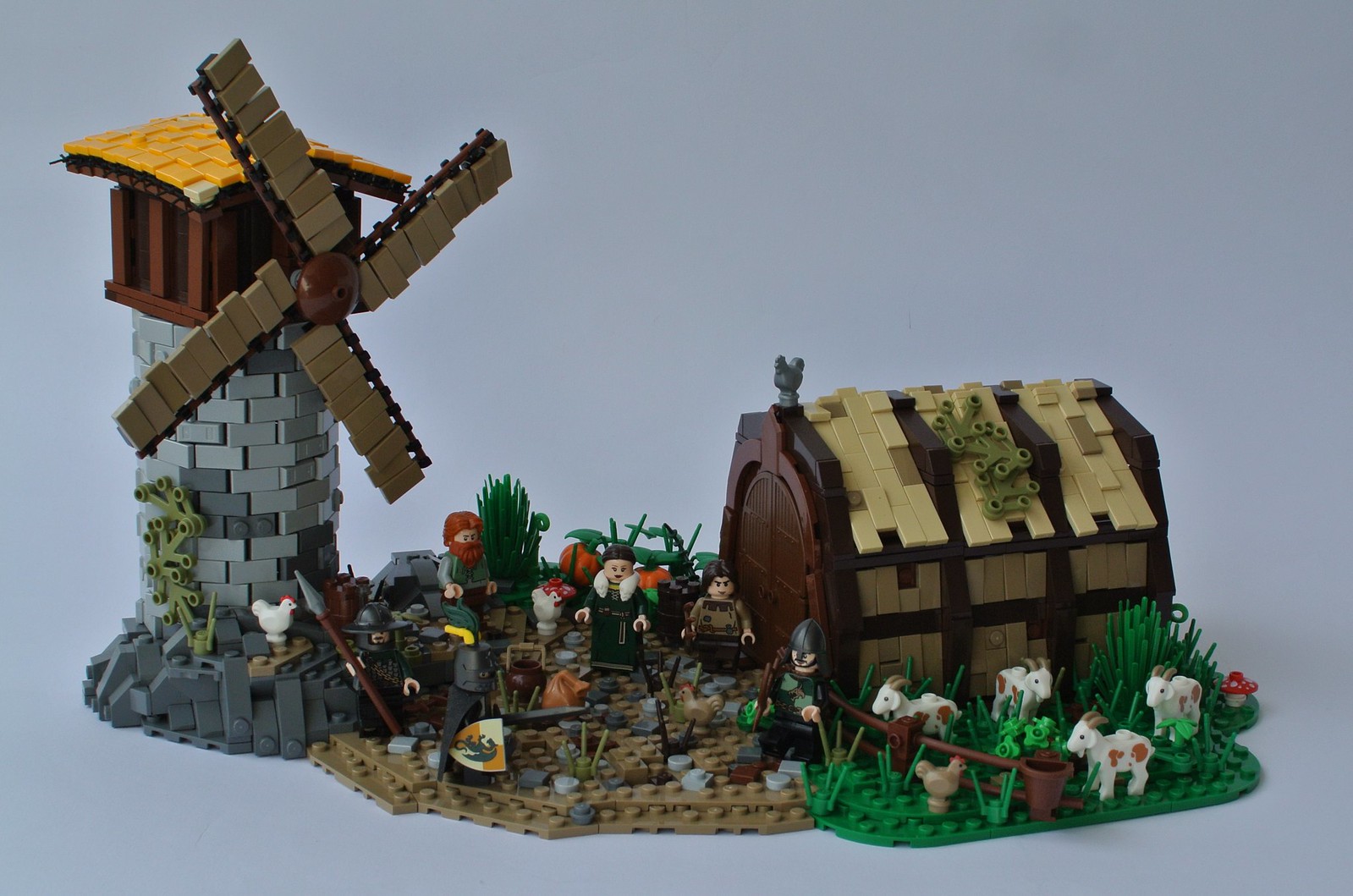 Francisco Goya’s disturbing Black Paintings — in particular “Witches’ Sabbath” or “The Great He-Goat” in the Prado Museum in Madrid today — have inspired Joss Woodyard‘s latest entry in the ongoing BioCup contest. The Satanic figure is surrounded by gloom, lit by a circle of candles, wearing a shaggy cloak made of black wings. The yellow lever base is terrifyingly perfect for the slit-eyed gaze of the Dark Lord, while minifig arms provide the split lip of the beast’s muzzle. In its left arm, the Devil carries what appears to be a swaddled child, perhaps a sacrificial victim. 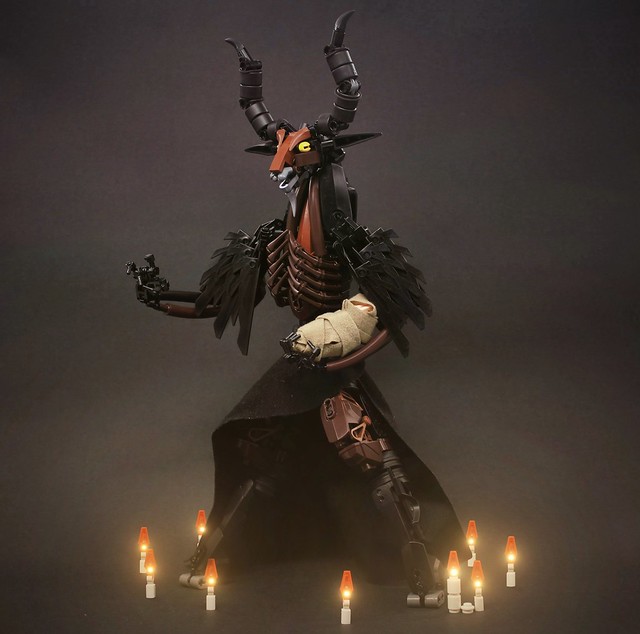 In addition to naturally organic shapes from Bionicle and Hero Factory, Joss softens the shapes further with tires and strings. All of this makes the He-Goat’s exposed rib-cage all the more horrifying, built from insect or spider legs. I can nearly hear the chitinous rustling as he lurches toward you in the dark…