The main character in Sweet Tooth, a new Netflix series based on a comic book, is a boy who is a human/animal hybrid born in the midst of a global pandemic. His caregiver Pubba makes a secluded home in the woods to raise the deer boy in safety, hiding from surviving humans who resent the existence of hybrids. Norton74, who is a master of building cabins in the woods, put his skills to great use in re-creating the dilapidated cabin that Pubba has spent considerable time and effort to repair and add on all the comforts a growing deer-boy needs, including a place to play “catch the ball”. Aside from the wonderful details in the cabin itself, the inclusion of a buck in the background is perfect. 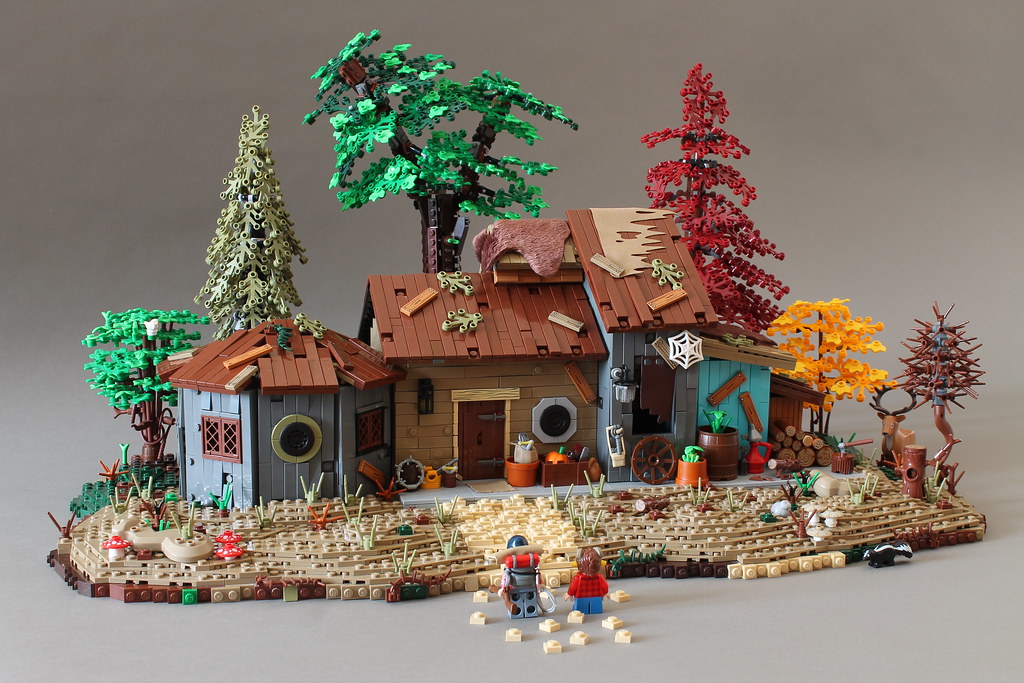 This stunning build by Tim Lydy is bursting off the page. From Spider-Man’s tingling spider-sense to Rhino’s furious face, the model portrays a chaotic scene, as our web-swinging hero has his hands full. Eggs are sent flying into the air by Rhino’s charge while a bemused cat hangs onto Spider-Man’s arm. The thin lettering perfectly suits the Spider-Man theme with a fantastic-looking spider symbol. There is also a barcode that completes the comic book aesthetic of the display. 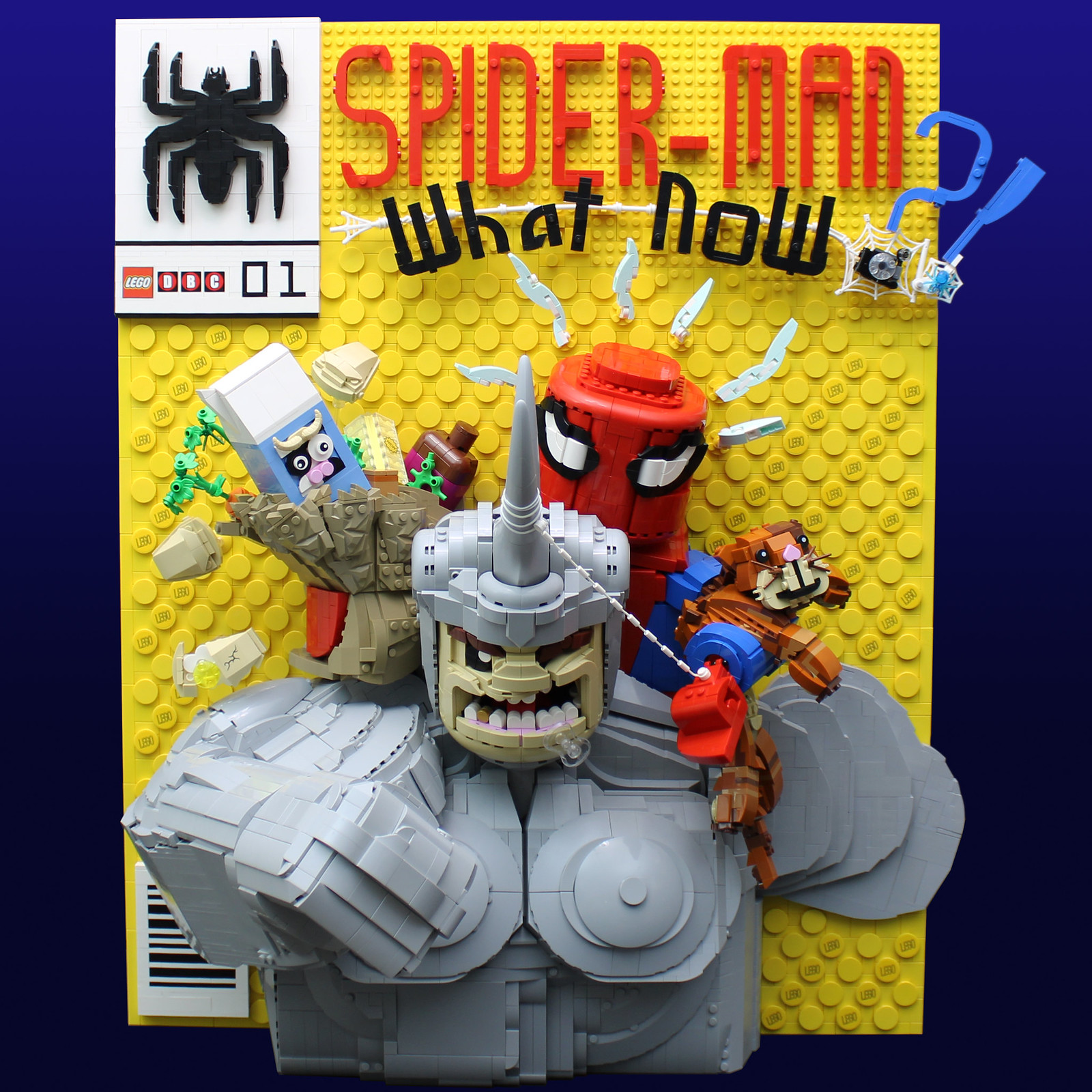 END_OF_DOCUMENT_TOKEN_TO_BE_REPLACED

Today LEGO has taken the wraps off the biggest Spider-Man set to date, 76178 Daily Bugle. This massive 3,772-piece set features the headquarters of Spider-Man nemesis (and Peter Parker’s boss) J. Jonah Jameson’s newspaper, the Daily Bugle. The high-rise features a full interior with offices and lots of superhero action, but the set’s real draw is likely to be the minifigures, with a small army included. Altogether, there are 25 minifigures included, including several new superheroes that haven’t appeared in minifigure form before, such as Blade, Punisher, Daredevil, Black Cat, and Firestar. The Daily Bugle will be available for LEGO VIP members starting May 26, with a general release on June 1. It will retail for US $299.99 | CAN $399.99 | UK £274.99. 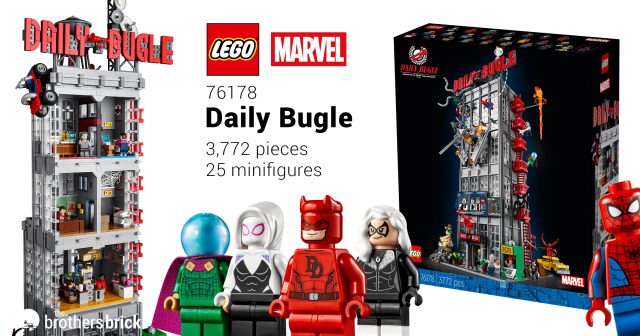 END_OF_DOCUMENT_TOKEN_TO_BE_REPLACED

The newest set in the LEGO Spider-Man lineup is also the largest. Revealed just today, Marvel 76178 Daily Bugle includes 3,772 pieces and will be available for US $299.99 | CAN $399.99 | UK £274.99 from LEGO Stores and LEGO.com from May 26 for LEGO VIP members and June 1, 2021 for all. We’ve already taken a look at the rest of the set’s contents in Part 1 of our review, and now it’s time to explore the full cast of twenty-five minifigures.  Come along as we find out the who’s who of new and returning characters! 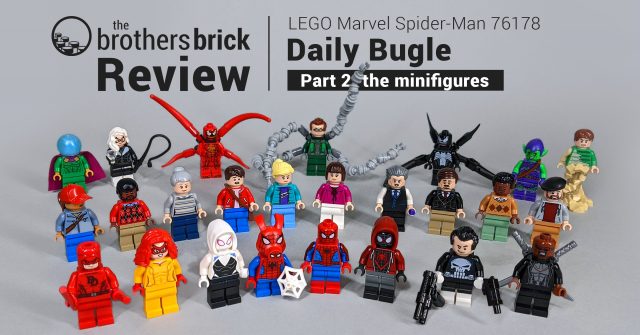 END_OF_DOCUMENT_TOKEN_TO_BE_REPLACED

LEGO has spent a lot of time exploring the Spider-Verse. From Monster Trucks to the Spider-Cave(!?), we’ve seen a lot of key characters and locations. One, though, was notable for its absence — the Daily Bugle. Now that lack has been addressed, and in a big, big way, as today we’re able to reveal that the newest set in the LEGO Spider-Man lineup is also the largest. Marvel 76178 Daily Bugle includes 3,772 pieces and will be available for US $299.99 | CAN $399.99 | UK £274.99 from LEGO Stores and LEGO.com from May 26 for LEGO VIP members and June 1, 2021 for all. This huge set includes a whopping twenty-five minifigures, two vehicles, and the eponymous skyscraper. 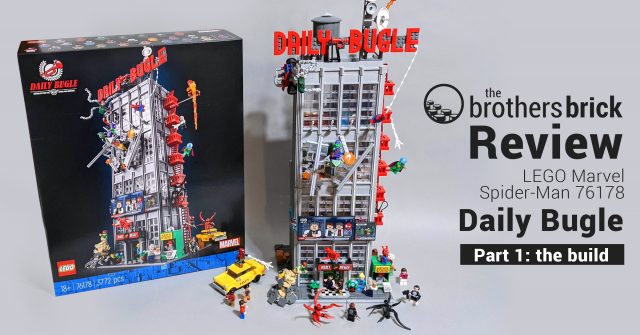 There’s a ton of details to explore—in fact, so much that we’ve split this review in two. In this first part we’ll focus on the build, while in the second part we’ll go through the whole cast of minifigures in detail. So come along as we take an early, in-depth look at building this huge range-topping set.

END_OF_DOCUMENT_TOKEN_TO_BE_REPLACED

Truly, LEGO builder car_mp must be worthy, because this life-size version of Mjolnir, Thor’s Hammer, looks ready to demolish some dark elves or maybe just pin Thanos to the ground. Although it’s not a complex technique, the stacked brown and grey elements look great for the banded leather handle, while the smoothly tiled hammerhead itself seems to have the proper heft. Indeed, no doubt most of the 765-piece model’s complex building techniques are hidden deep within because it’s no small feat to get such a large weight to stay on the handle like that and not immediately fall off. The builder notes that it can be hefted, but does require some care. 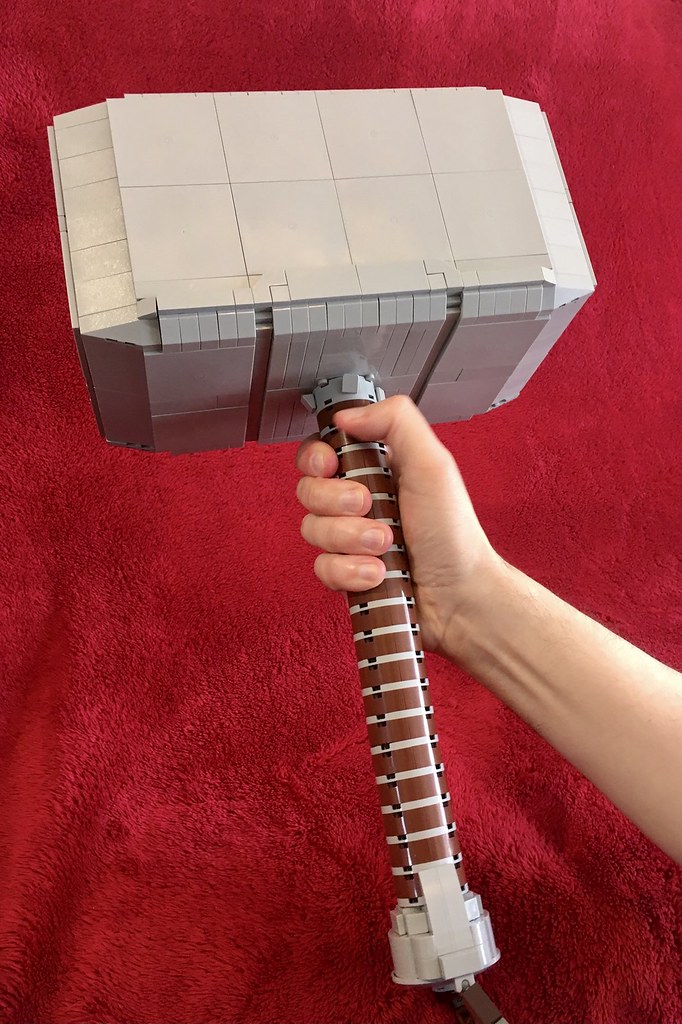 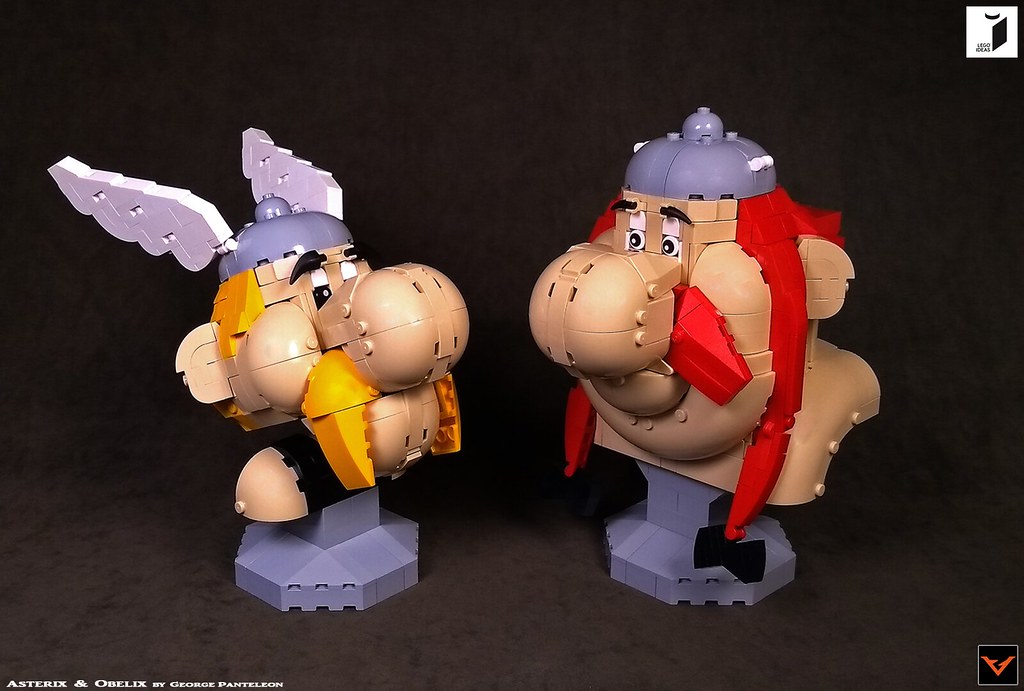 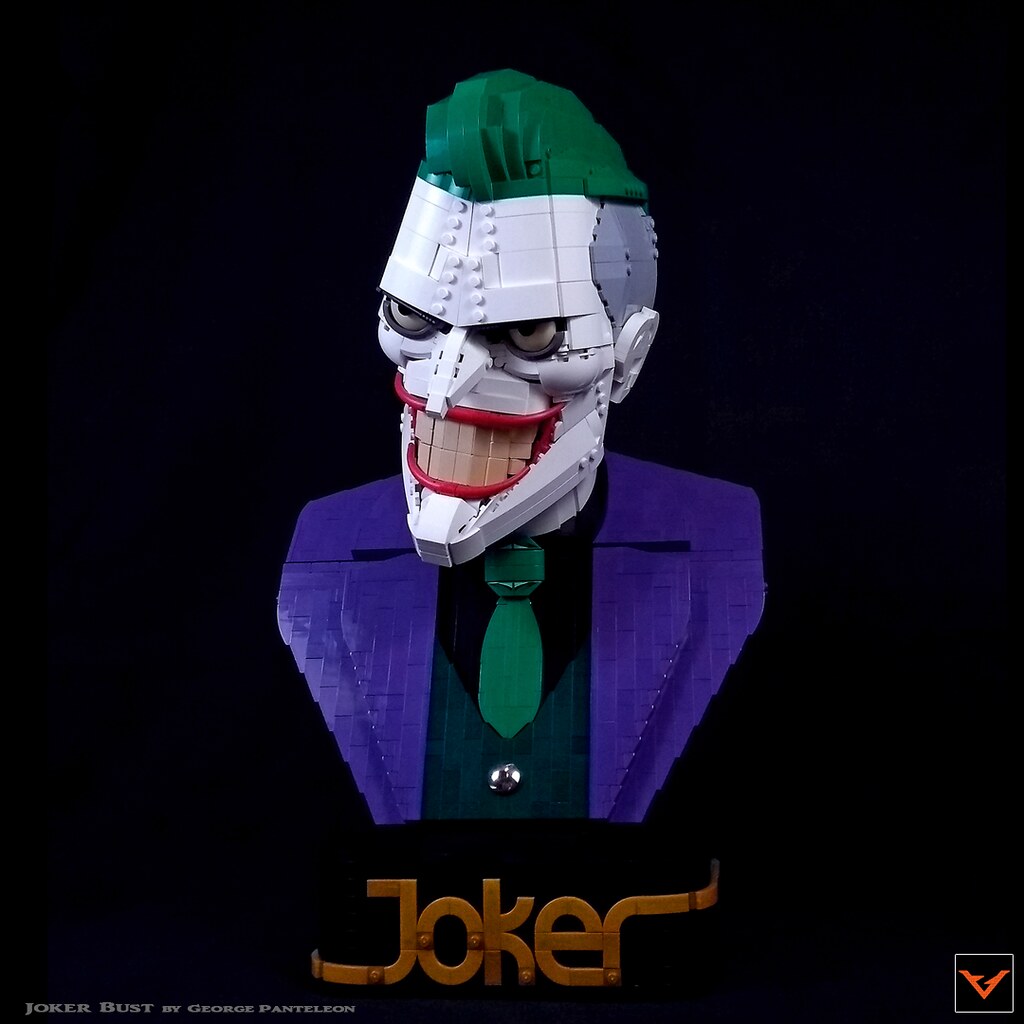 END_OF_DOCUMENT_TOKEN_TO_BE_REPLACED

There was a time about eleven or twelve years ago when I thought a good Iron Man movie could never be made. Thankfully I have since learned the folly of my ways. It turns out you really can make a good movie (or several) about a fast-talking red and gold metal-clad superhero. Ben Fong proves you can also make a good Iron Man LEGO creation. 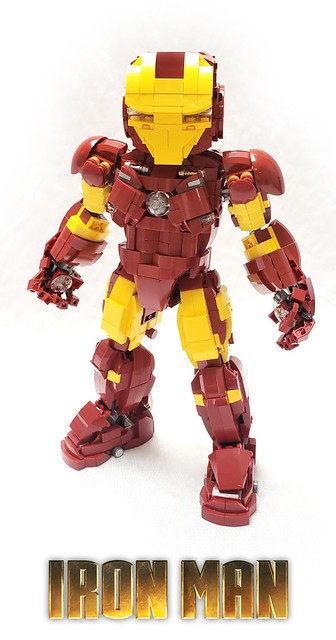 This well-crafted figure is fully posable but Ben goes the extra distance and features LED lights in the hands, eyes, and chest-mounted arc reactor. Another excellent touch is the lifting mask that reveals a goateed Tony Stark. This stellar figure will have us all declaring “I am Iron Man!” 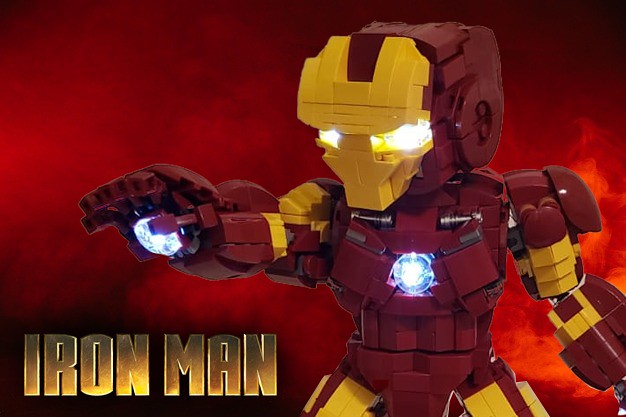 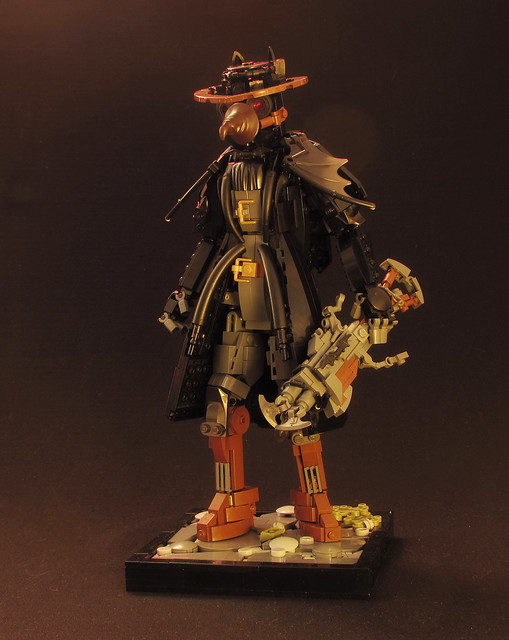 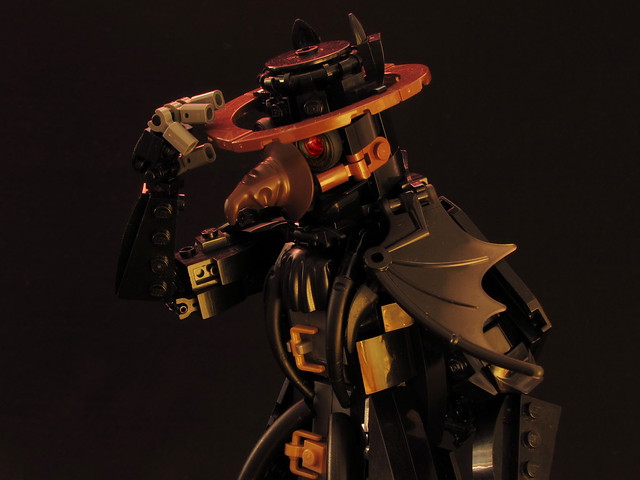 The comic strip Dilbert, by Scott Adams, is one of those comic strips that while generally more humorous to people in the high-tech or software industries, has something for pretty much anyone who ever had a boss or co-worker that made coming to work less than a dream. Time for a little LEGO therapy by grubaluk who has built a very accurate model of the main character Dilbert and his clever dog, Dogbert. Take a closer look, as the scale may fool you. The builder has captured the characters’ likeness very well, using small car tires for the eyes, and Dilbert even has a pen in his shirt pocket. 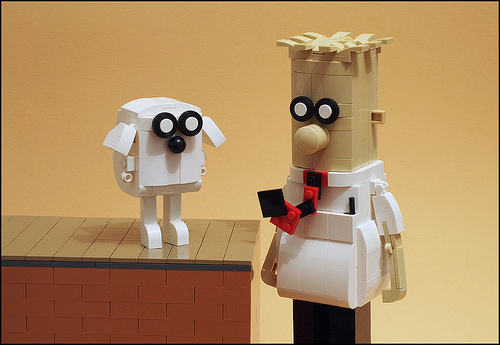 Today LEGO announced a new set in the DC Super Heroes lineup, featuring Batman duking it out with Poison Ivy and a new-to-LEGO supervillain, Firefly. 76117 Batman Mech vs. Poison Ivy Mech is slated to be on display at next month’s San Diego Comic-Con. However, the set won’t be available to purchase for another 6 months, going on sale Jan. 1, 2019. 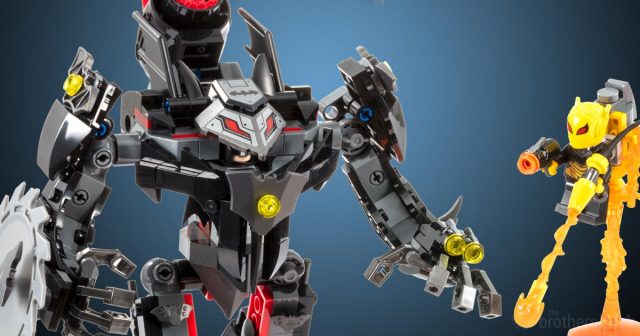