Toy Fair New York is in full swing, and that means more than just sweet new LEGO sets. It also means cool new LEGO merchandise like books, plushies, luggage, and clothing to accessorize your real-world life. LEGO and their partners have revealed a slew of new products that you’re going to want to check out. 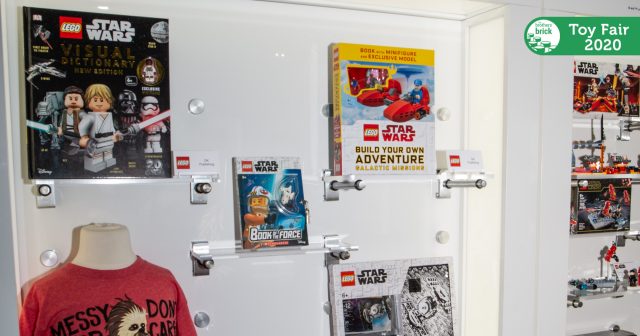 To start, the Star Wars line has expanded to include new clothing options. First up is a cute Chewbacca tee from Isaac Morris Limited. It reads “Messy Hair / Don’t Care” — I know some people who will really get behind that motto. 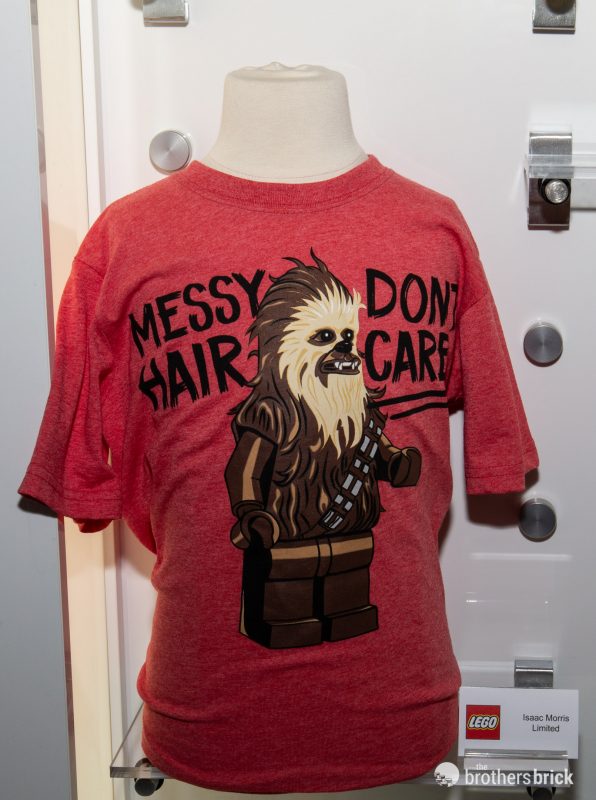 There’s also some Imperial-themed apparel if that’s more your style. Next to that, you can see a new Star Wars-themed book: Awesome Jedi Tales, which comes with a Mace Windu minifigure. 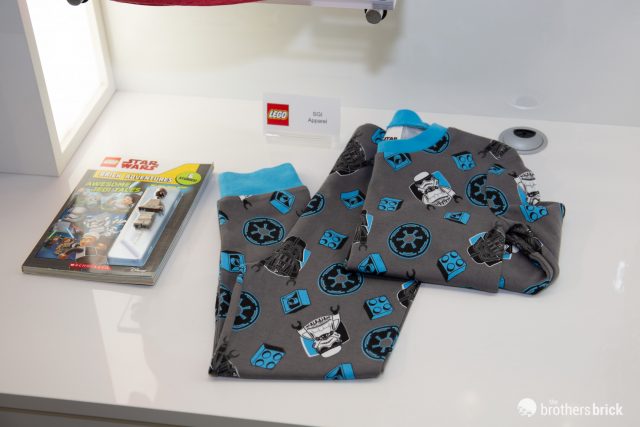 The ever-popular Star Wars Visual Dictionary from DK gets another update, this time with an exclusive Finn minifigure in his bacta-suit from The Last Jedi. 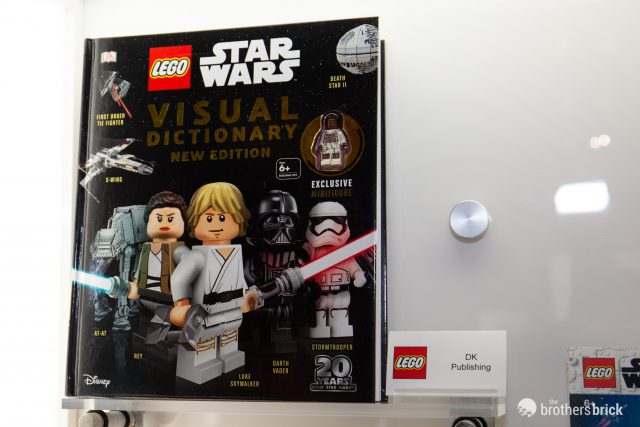 Scholastic’s Book of the Force comes with a buildable R2-D2 minifigure. It apparently also comes with a padlock. 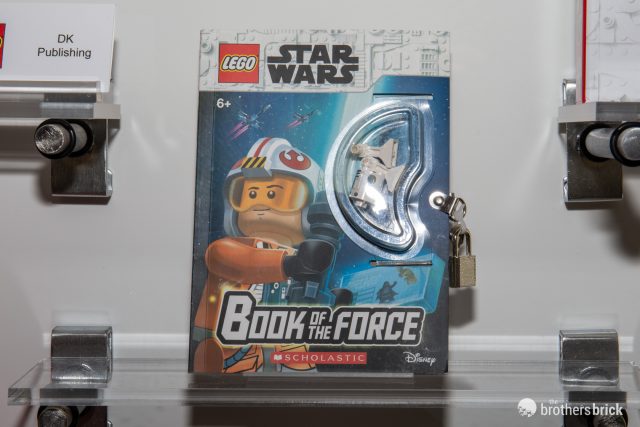 If you’re into writing your own material, then you might be interested in this gift set. It comes with a LEGO pen, notebook, and the Imperial TIE Fighter polybag originally released in 2018. 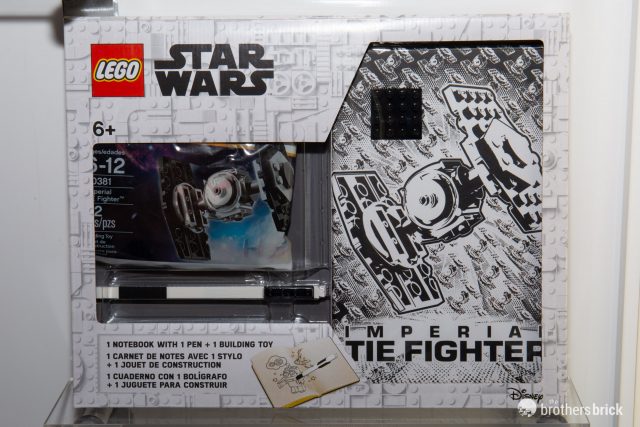 There’s also a notebook featuring the classic Star Wars cast, along with some new tote tags of Boba Fett and Yoda. 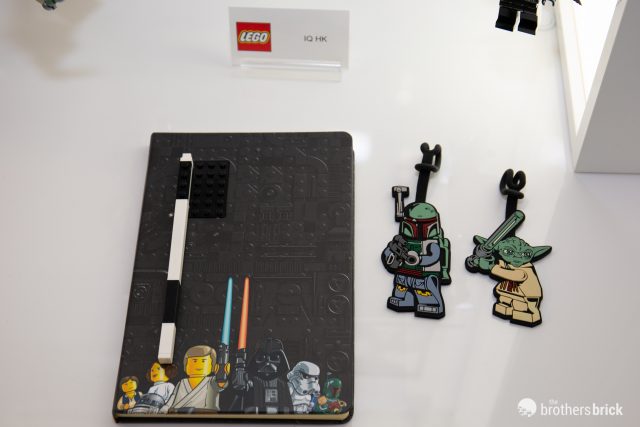 For further reading and adventure, check out the Cloud City themed Build Your Own Adventure book. It comes with a Bespin Guard minifigure and an exclusive twin-pod cloud car build. 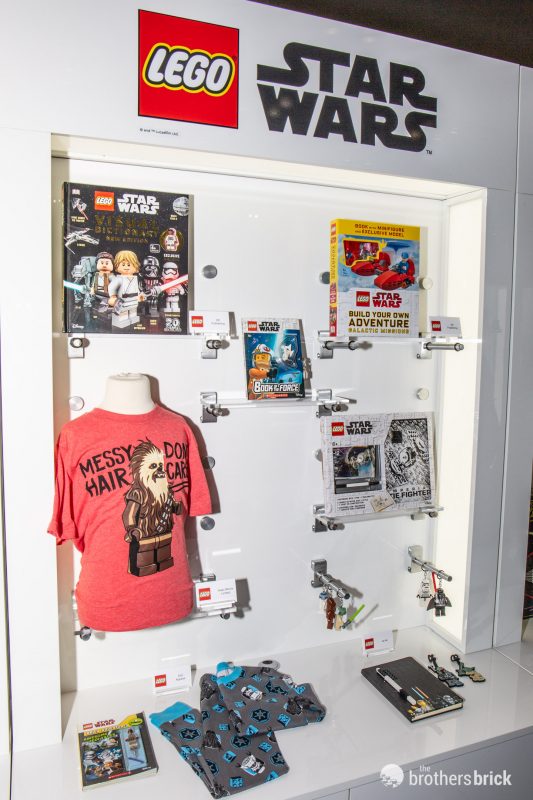 Moving on to LEGO City, enjoy a heavy dose of law enforcement and construction themed items. 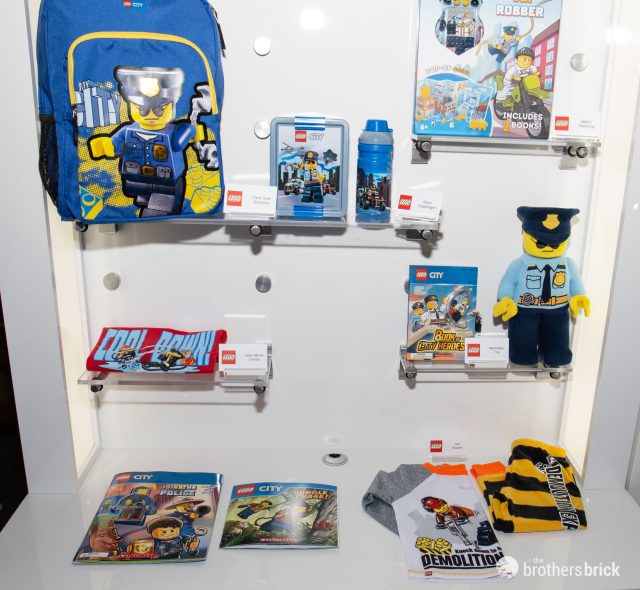 For starters, you can start your school day with a backpack, lunchbox and thermos. 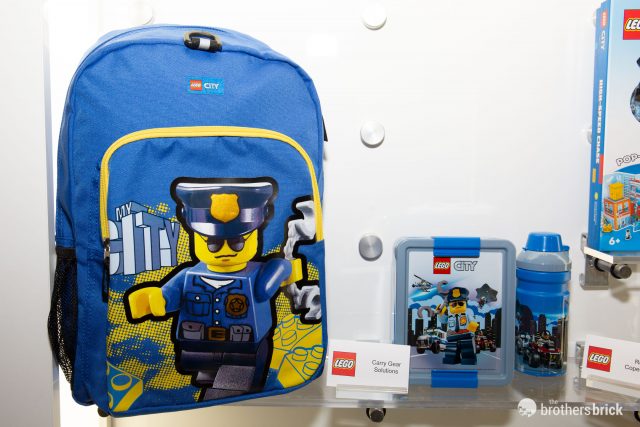 AMEET Publishing has an interesting mix of activities in their Cop Vs. Robber set. It includes two books, a pop-up scene, two minifigures, accessories, and some bricks. 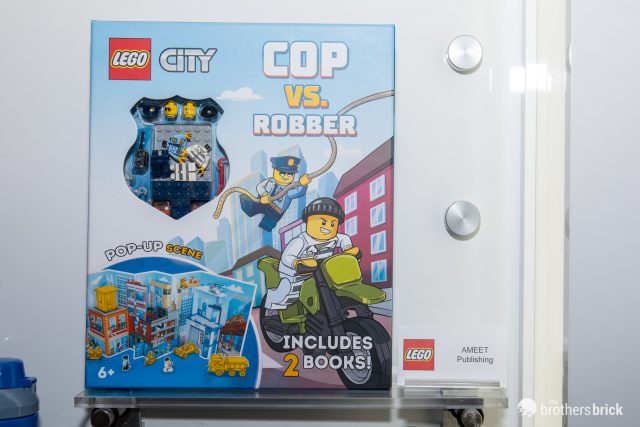 Scholastic brings us the Book of City Heroes with a police captain minifigure. There’s also a policeman you can add to your collection of plush minifigure dolls. 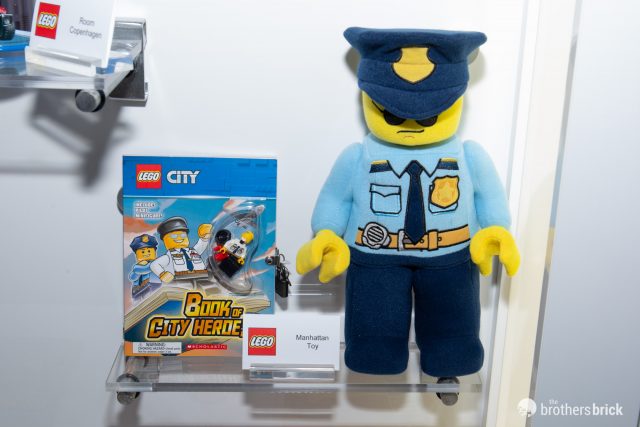 Scholastic invites you to Join the Police with puzzles, stories, comics and an included policeman minifigure. There’s also a Jungle Chase! book, with a female protagonist. 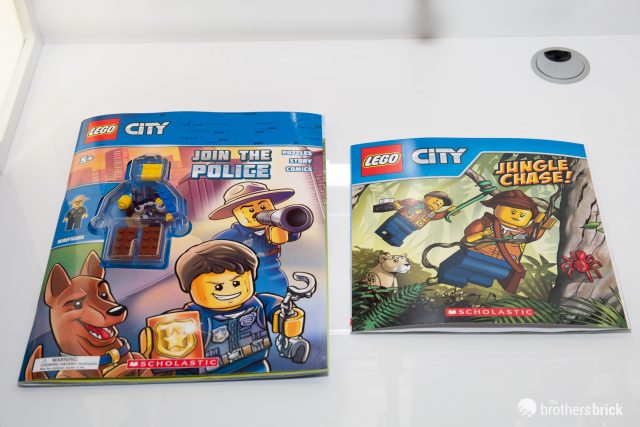 If firefighters are more to your liking, you can “Cool Down” with this themed shirt from Isaac Morris Limited. 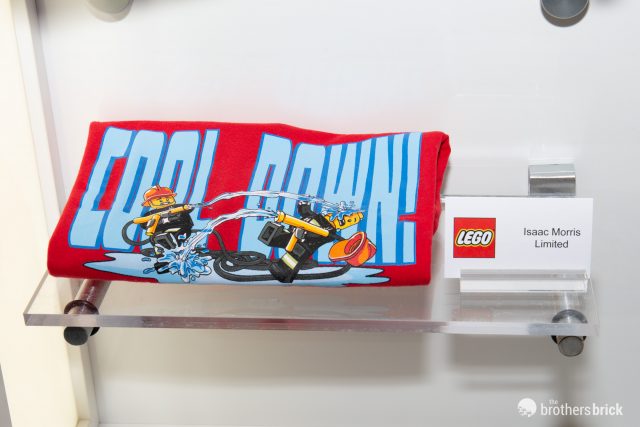 Finally, we round out the City merchandise with a pair of construction (or rather, demolition) themed clothing options. 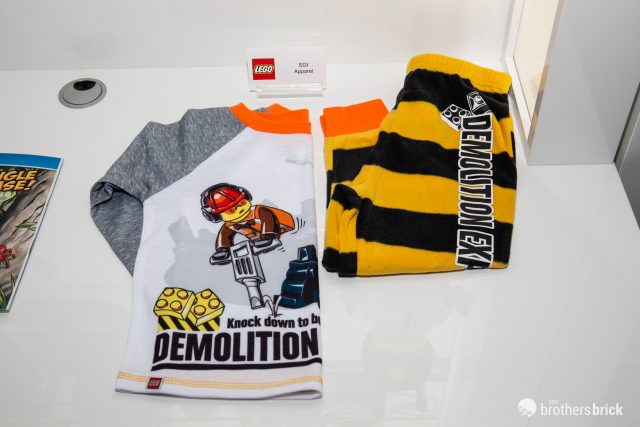 Moving on to LEGO Classic, we have items for use around the house, as well as some more plush offerings. 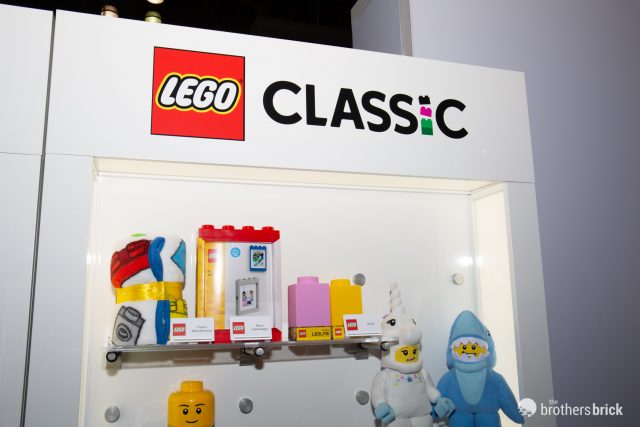 Fans of the Collectible Minifigures line will be happy to see that the Unicorn Girl and Shark Boy have joined the plush figure lineup. 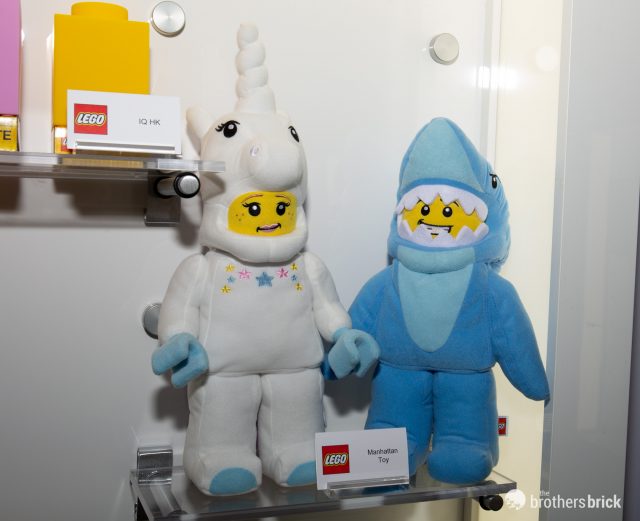 Chronicle Books celebrates Still Life with Bricks – both as a book and a set of 100 postcards. The book will retail for $18.95 in the US. 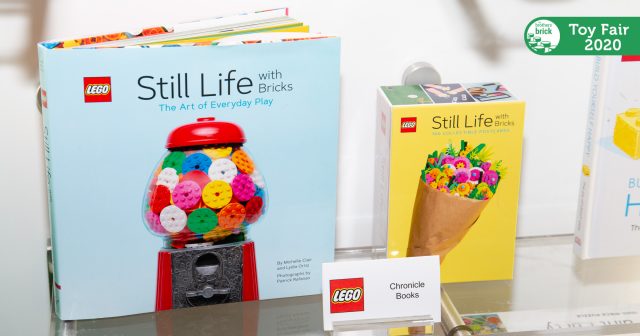 Build Yourself Happy by Abbie Headon features 50 mindful building activities. It retails for $16.99 US. 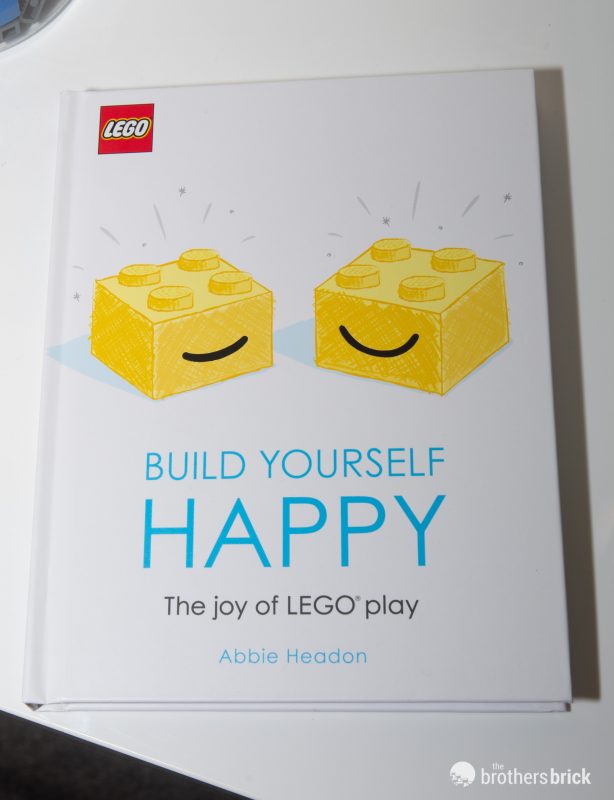 More clothing choices include a “Change the world one brick at a time” shirt and a LEGO hoodie. 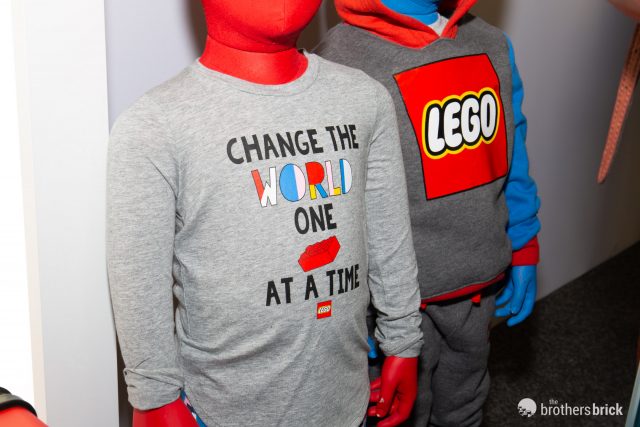 Puzzle lovers will be happy to see this one. Paint Party is a 1000 piece alternative to traditional LEGO assembly. 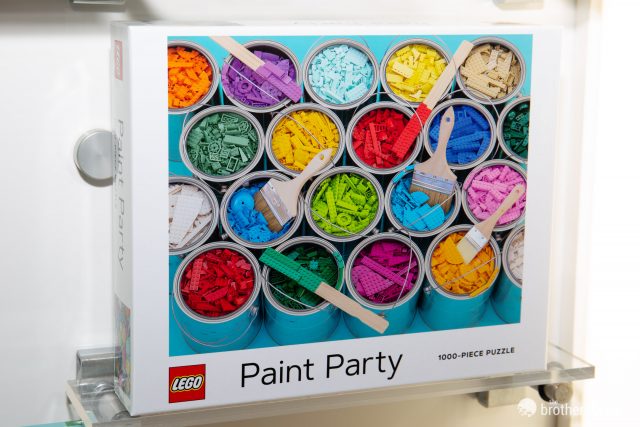 LEGO stationery now has color-coded notebooks, plenty of ink colors to choose from, and a Note Brick (224 note sheets).

And when it’s time to go, why not travel in style with a red LEGO brick suitcase? 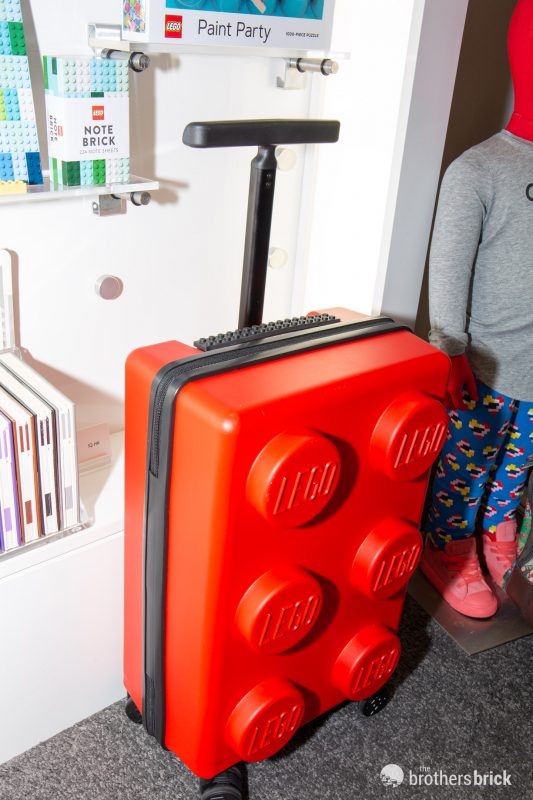 Check out our full gallery of images below.