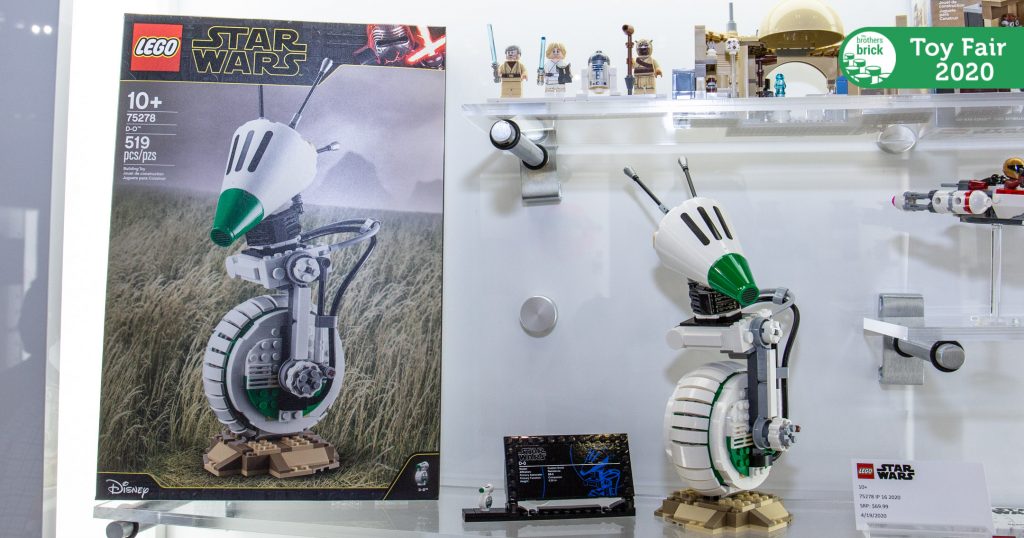 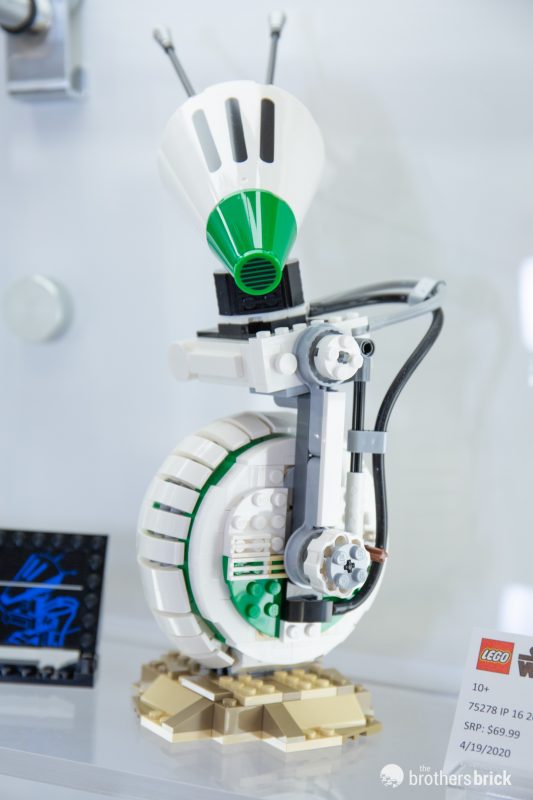 75278 D-O is a white mono-wheel with green accents. It stands around 10.5 inches tall (27 cm) on a small base made to look like a patch of dirt. Its head is constructed of cone elements, printed to be striped like his excitable on-screen counterpart. 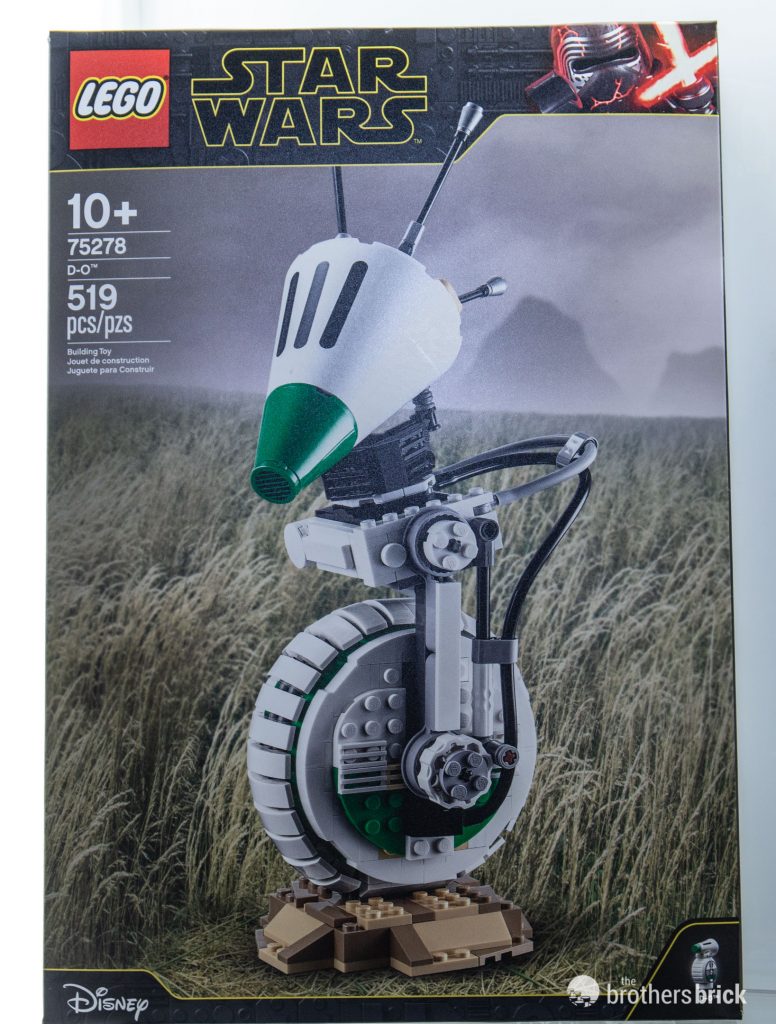 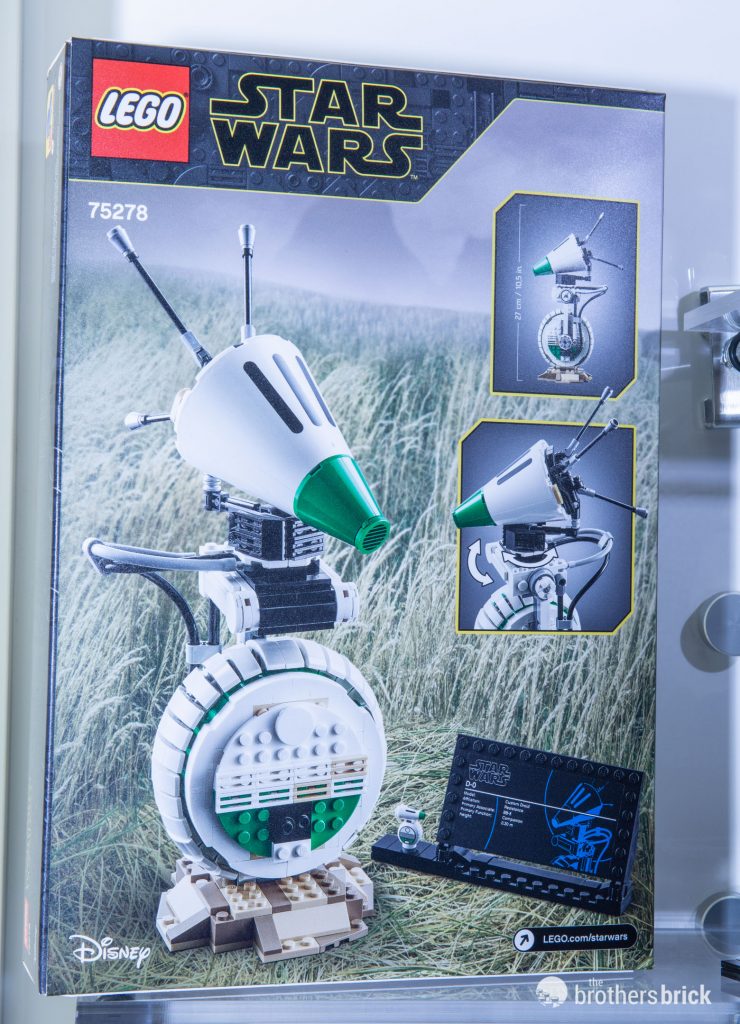 The front and back of the box show that the head can swivel and tilt up and down, though the main wheel is solidly fixed and does not rotate. The wheel is built using curved connected slopes wrapped around a center axis. 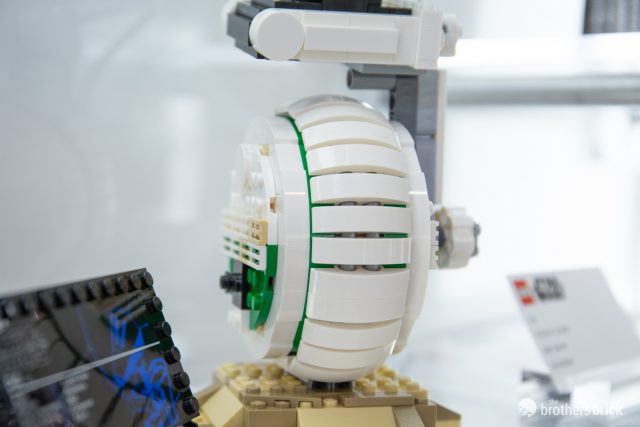 The set comes with a UCS-style plaque with facts about the droid along with a small D-O minifigure. 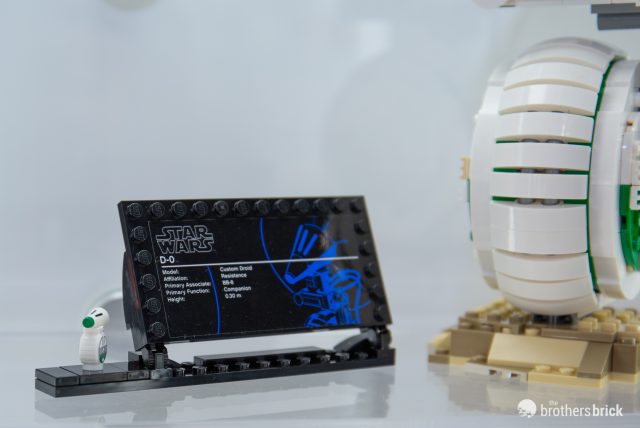 The backside of D-O features greebling on the wheel and antennae on the head. 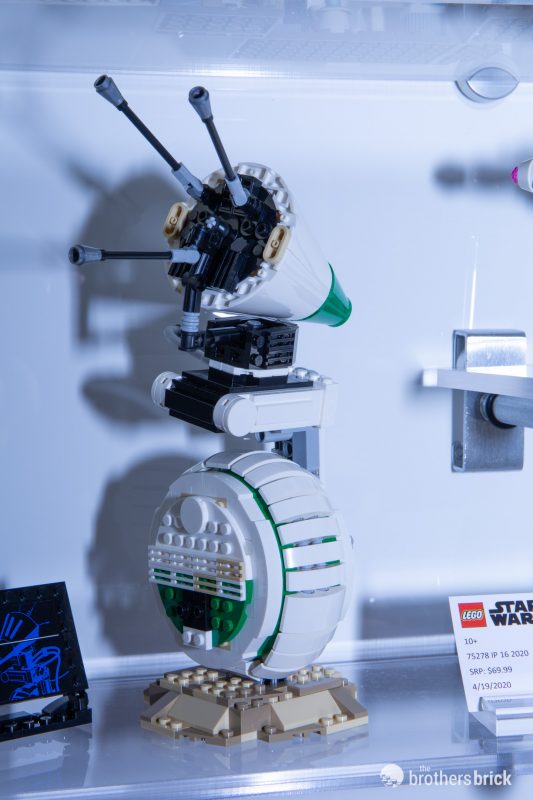 Keep an eye out for our TBB minifigure who will be making the rounds at Toy Fair New York today, and check out the expanded gallery of photos of D-O below. 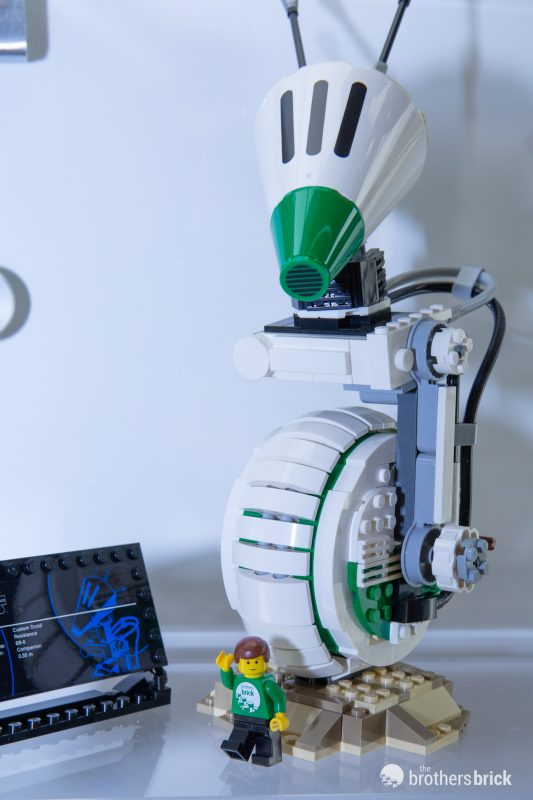 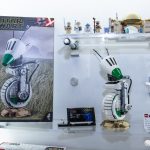 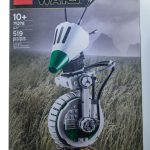 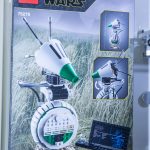 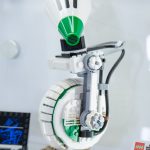 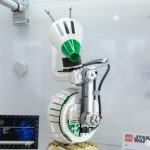 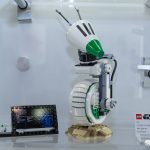 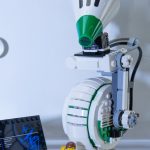 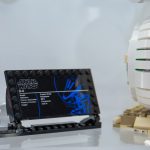 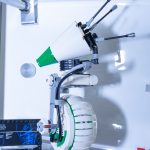 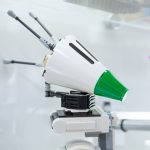 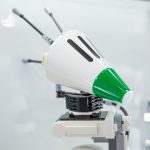 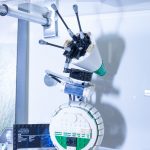 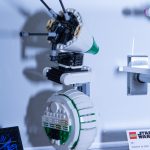 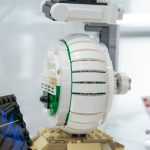