LEGO has just announced three more sets to the incredibly popular Minecraft theme. Having spawned from an Ideas set designed by fans (including yours truly) the Minecraft theme now consists entirely of minifigure-scale sets with lots of animals. Each set has an emphasis on modularity that’s consistent with Minecraft’s aesthetic.

This PvP arena set includes lots of rare features like Minecraft’s infamous Killer Bunny (a Monty Python reference), along with a golden apple, though it’s unclear if it’s enchanted or not. For LEGO builders, it’s worth noting the pearl gold 2×2 bricks, which is a new color for one of LEGO’s most common elements. This set includes a pair of player minifigures. 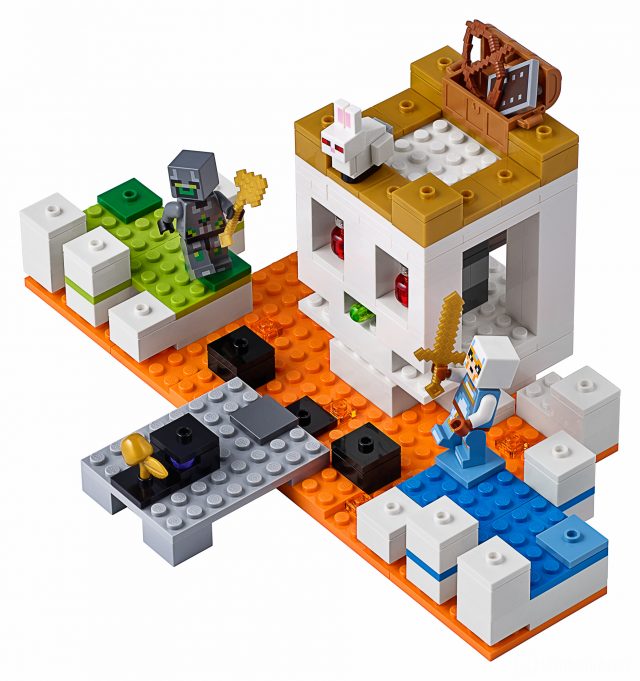 It’s a trap! This skeleton trap scene features three skeletons and skeleton horse waiting to pounce upon the unsuspecting player. The set also includes a structure built into a tree, with a second story pen for a new red sheep. 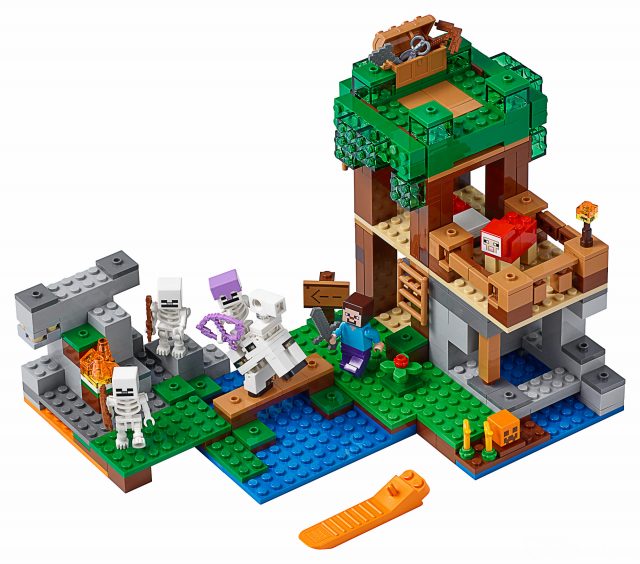 From the surface to the bedrock, this one packs it all into a relatively compact playset. It’s basically a tiny cross-section of the world, with mines, spawners, lavaflows, rivers, and a tree. The set features two player minifigures, a zombie, creeper, spider, and two silverfish. 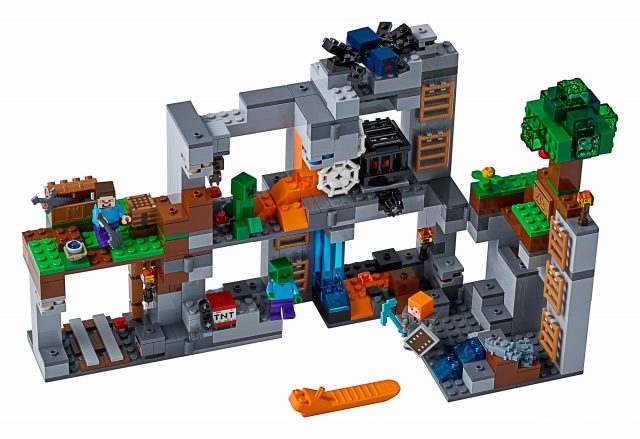