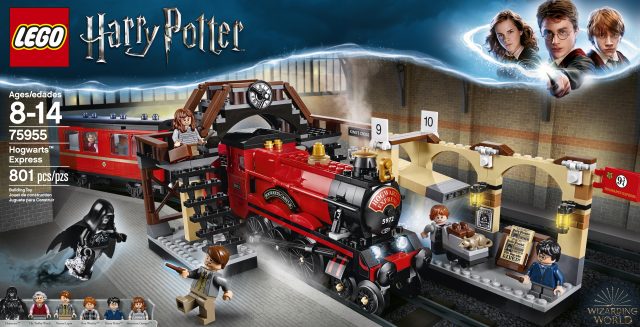 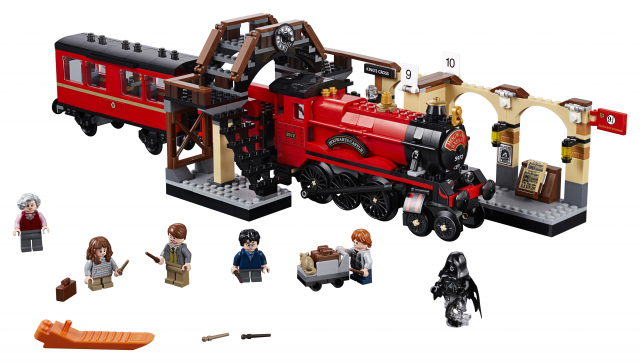 All aboard the LEGO® Harry Potter™ 75955 HogwartsTM Express! Vanish through the brick wall on Platform 93⁄4TM at King’s Cross station and join Harry, Ron and Hermione on their journey to Hogwarts. Find your seats in the carriage and get a chocolate frog from the Trolley Witch, but watch out for the Dementor™! Luckily, Remus Lupin is at hand to cast a powerful spell and shield Harry from the terrifying creature, so you can get back on track for more magical Harry Potter adventures. 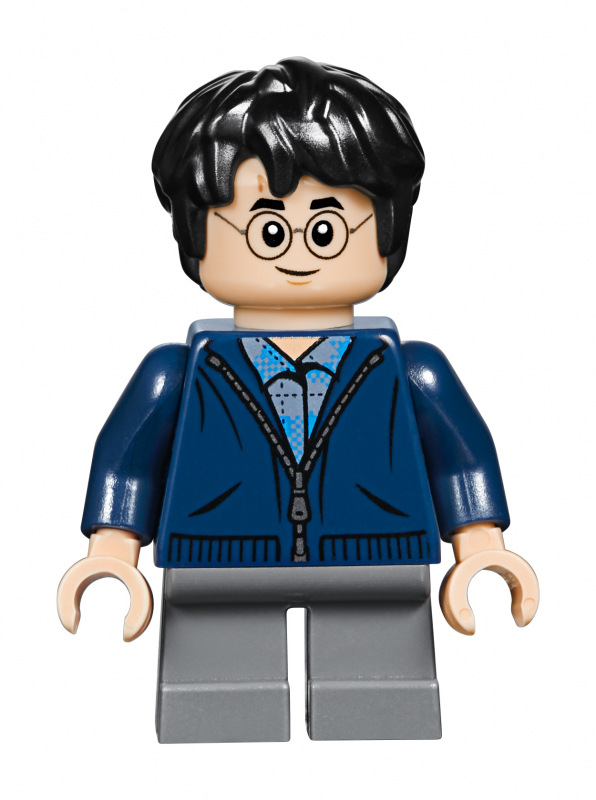 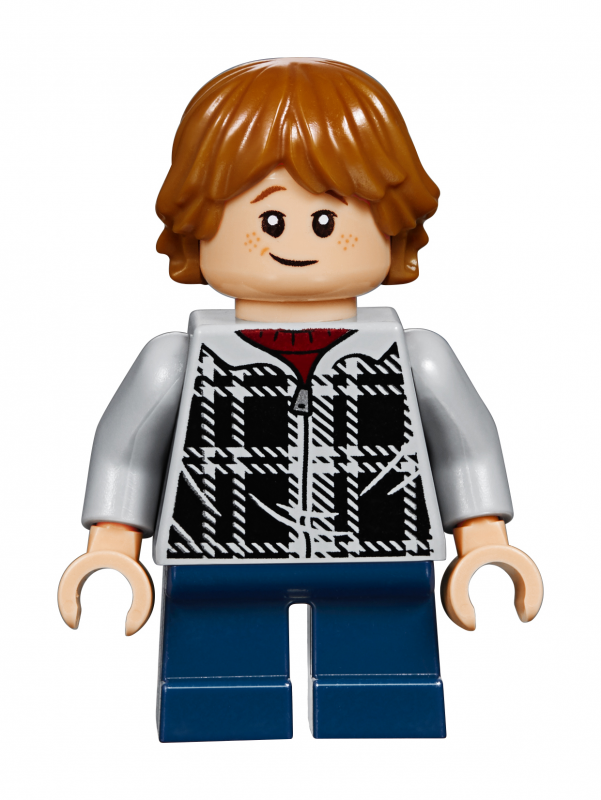 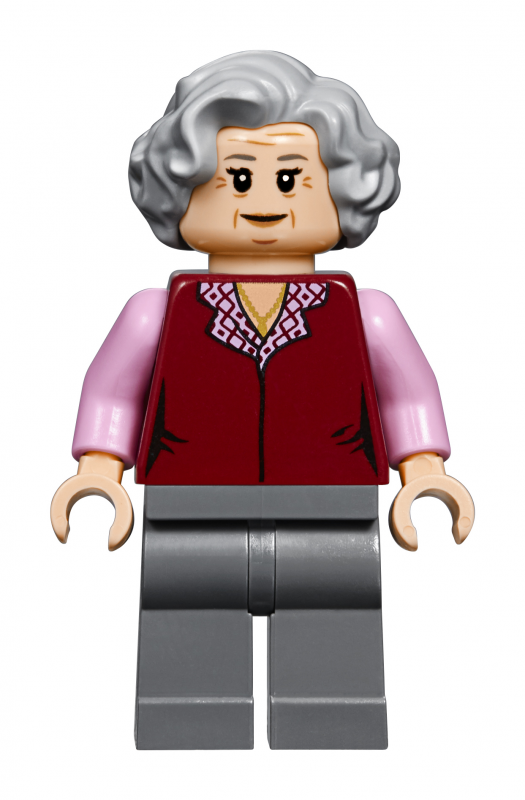 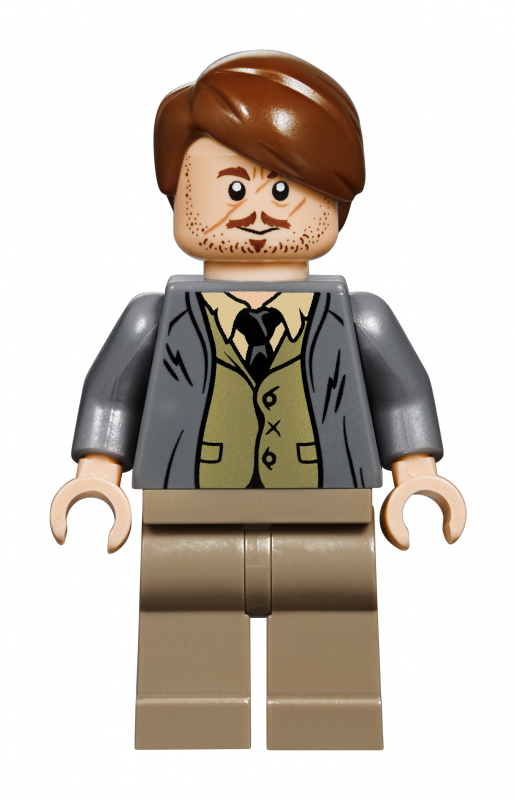 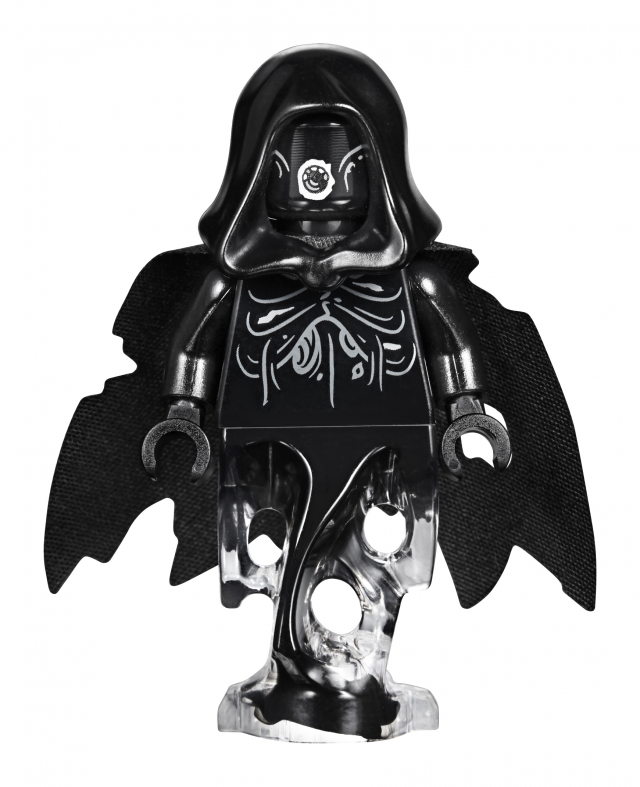 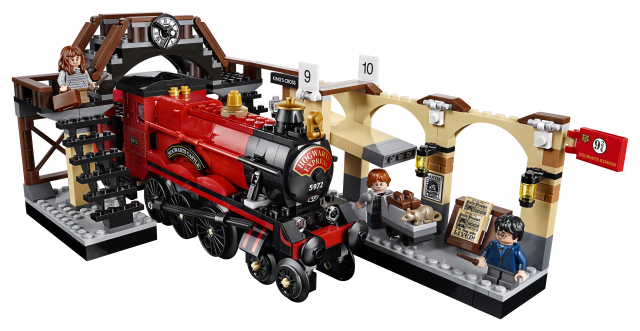 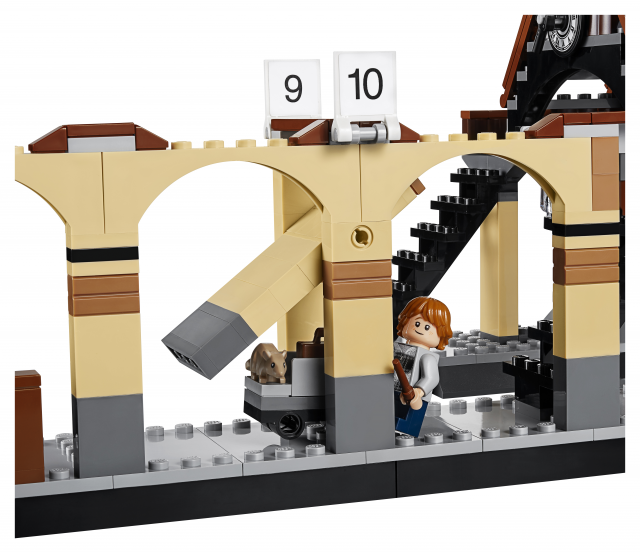 • Platform features a railway bridge with a clock, steps that lead to a moving brick wall entrance, newspaper stand with 2 Daily Prophet newspapers, and a ‘Wanted’ poster.
• Hogwarts™ Express train includes a carriage with 4 seats, removable side panel and roof, plus the Trolley Witch with sweets trolley. 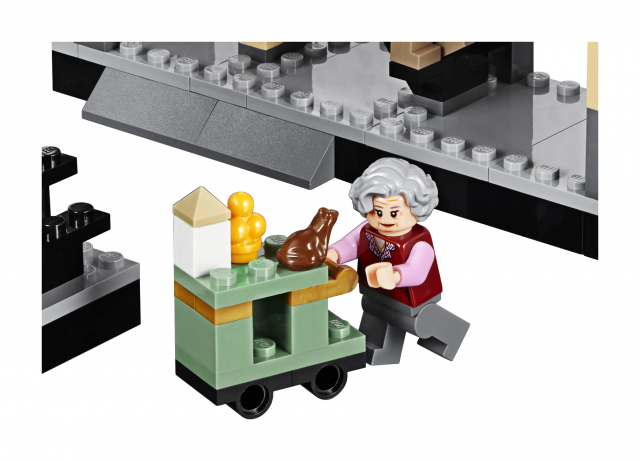 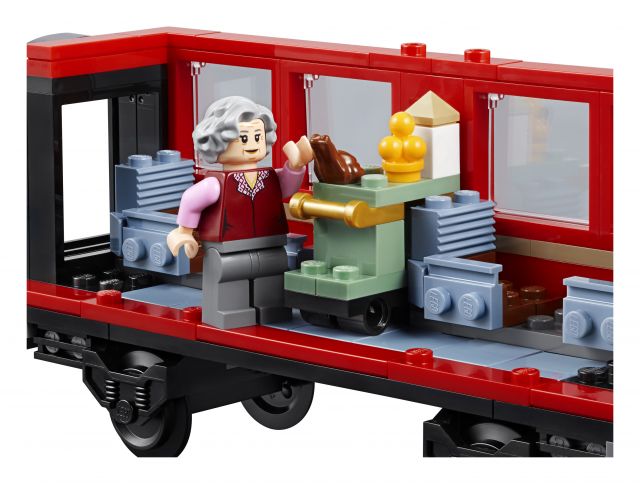 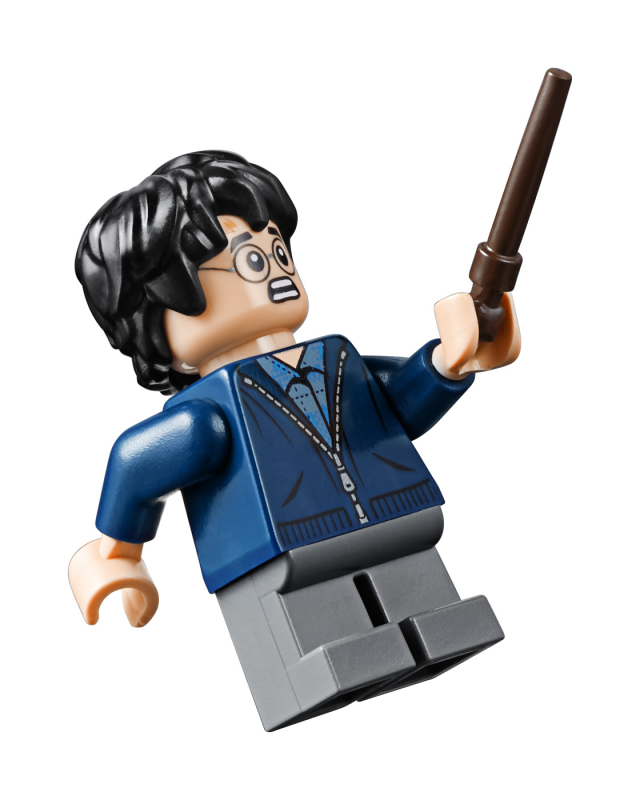 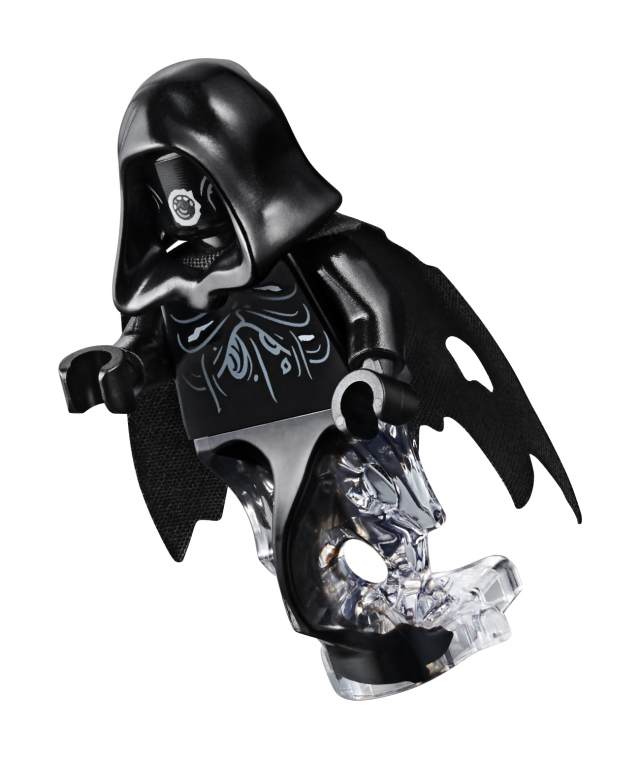 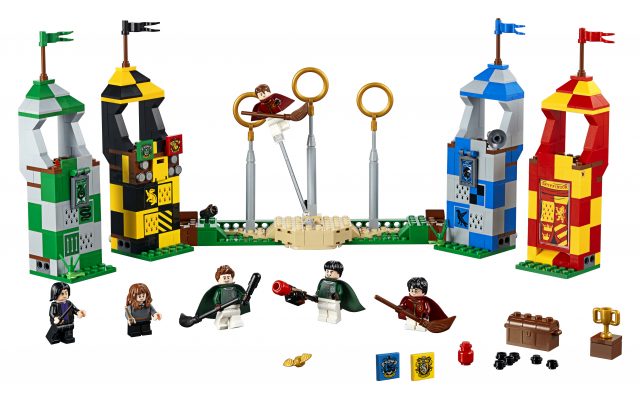 Jump on your broom and enter the LEGO® Harry Potter™ 75956 Quidditch™ Match! Join Harry, Hermione and Professor Snape™ for some magical mischief, and experience the thrill as you fly through the Gryffindor™ house tower hatch and onto the pitch. Score a point by throwing the Quaffle past the keeper and through the ring! Fire the Bludger to knock your opponents off their brooms and catch the Golden Snitch™ to win the match! Whether you’re a Keeper, Seeker, Chaser or Beater, there’s always plenty of fast-action fun at the Quidditch Match! 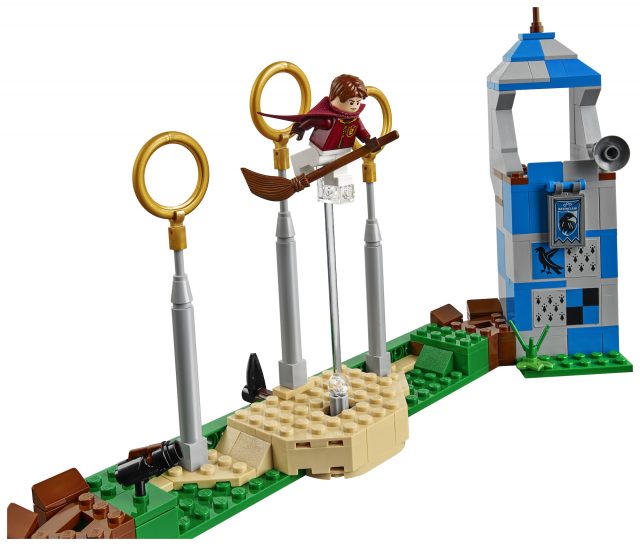 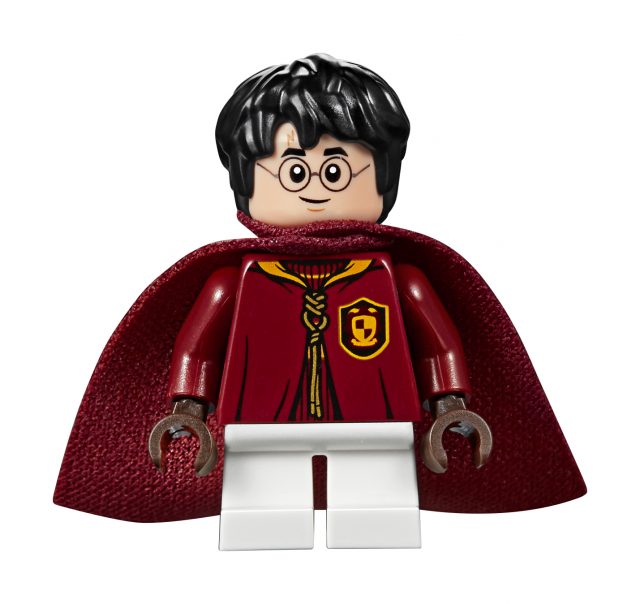 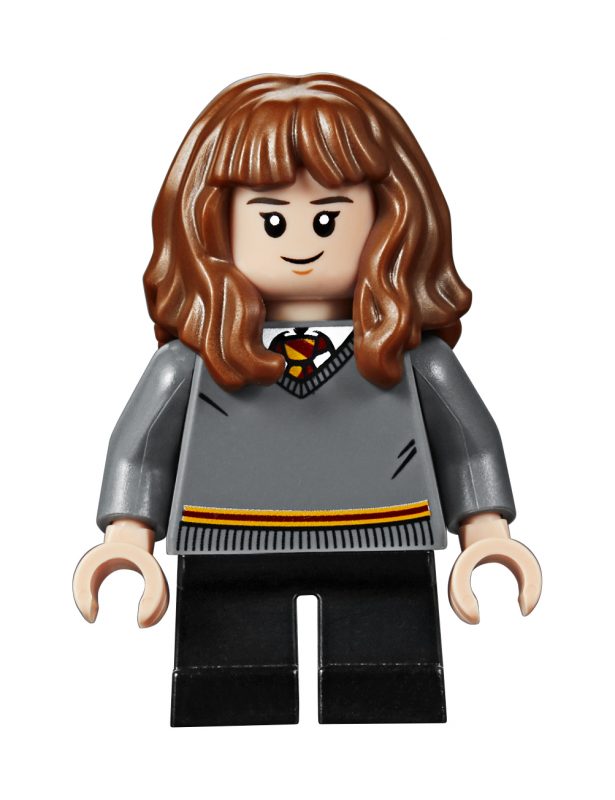 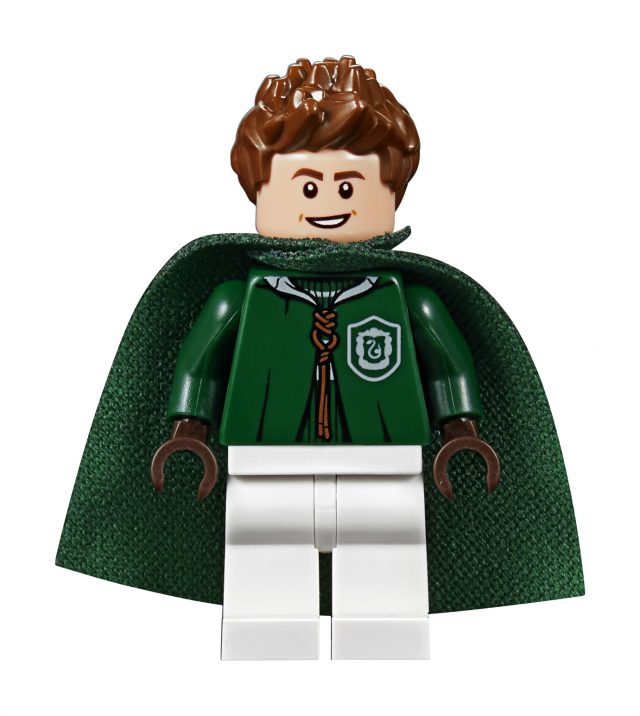 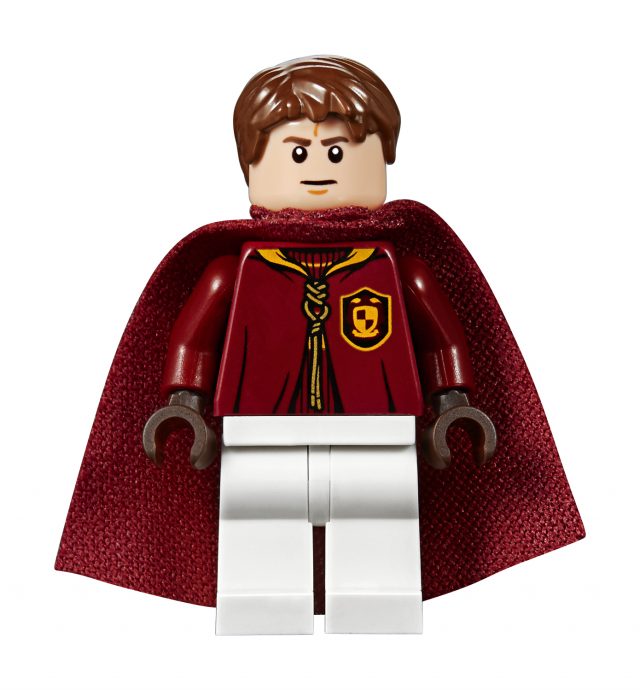 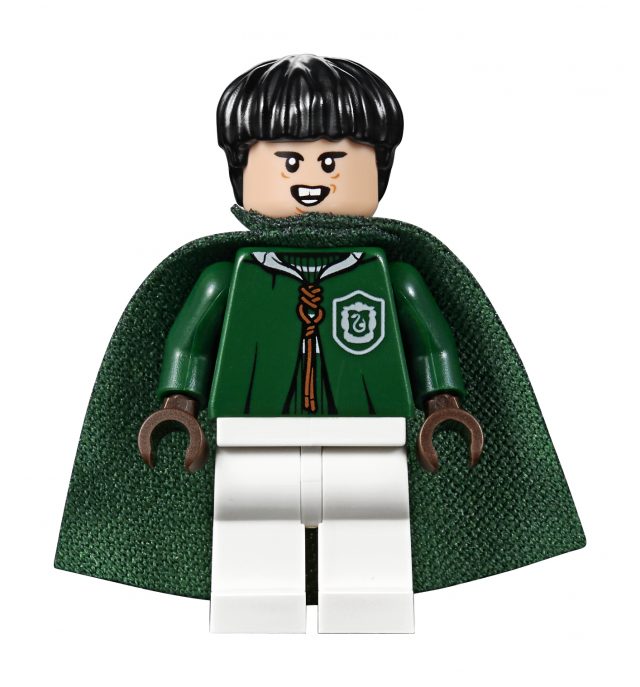 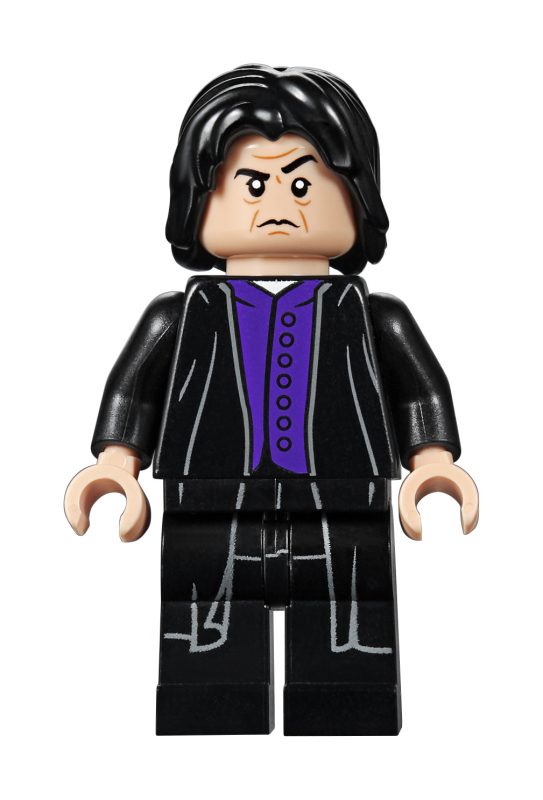 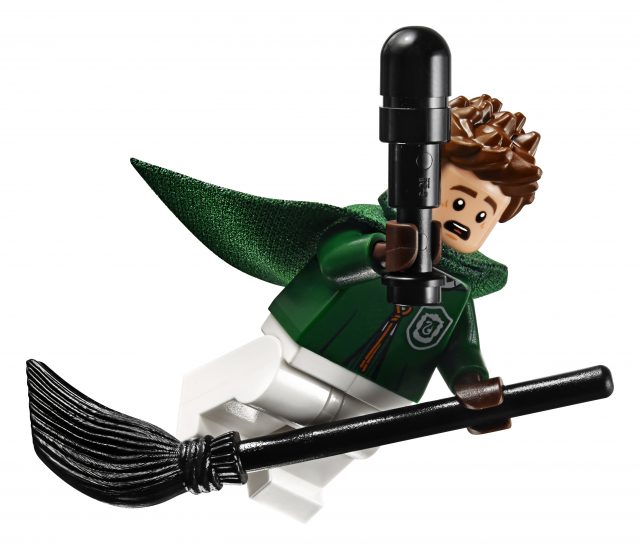 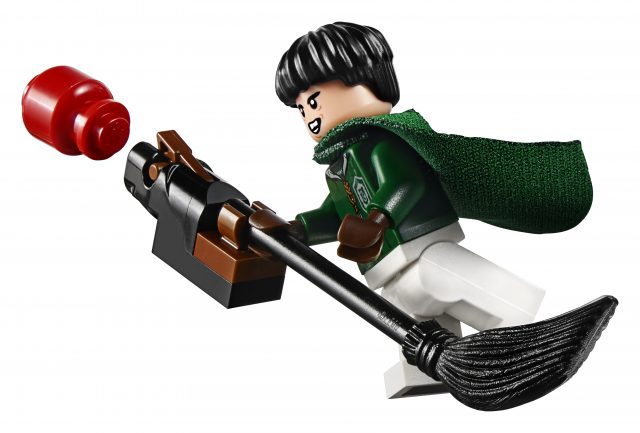 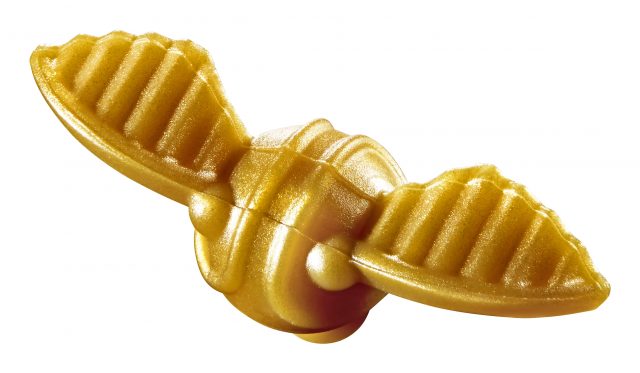 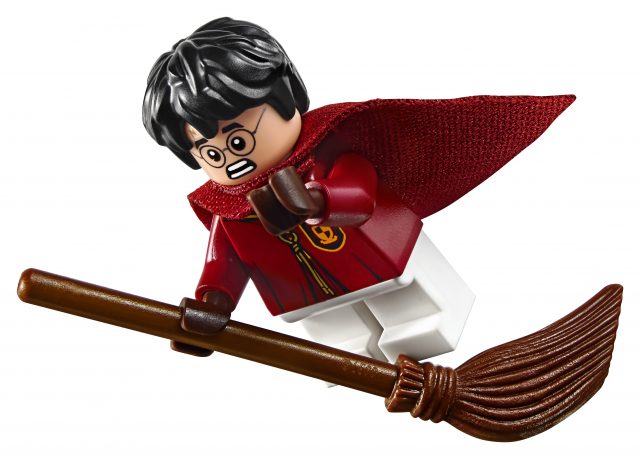 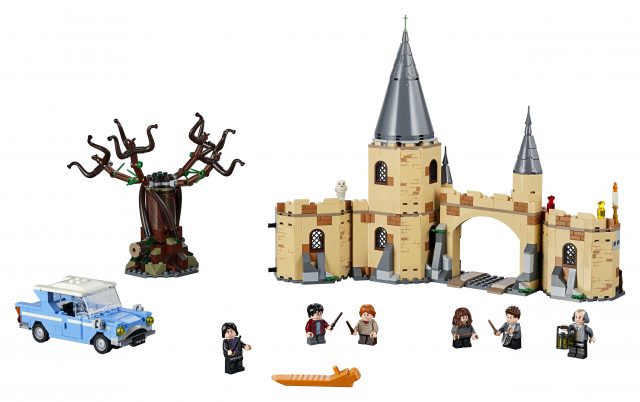 Travel to HogwartsTM castle with Harry and Ron in the flying Ford Anglia but watch out for the LEGO® Harry PotterTM 75953 Hogwarts Whomping Willow™! Too late—the flying Ford Anglia has crashed and is caught in the branches. Make your escape and sneak into Hogwarts before caretaker Argus Filch and Professor Snape™ spot you. Run to the dormitory, jump into bed and get ready for your first day back of learning spells, mixing potions and lots more fun Harry Potter adventures. 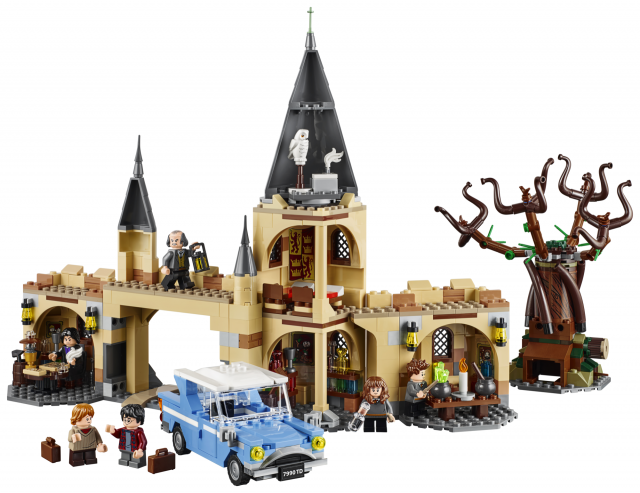 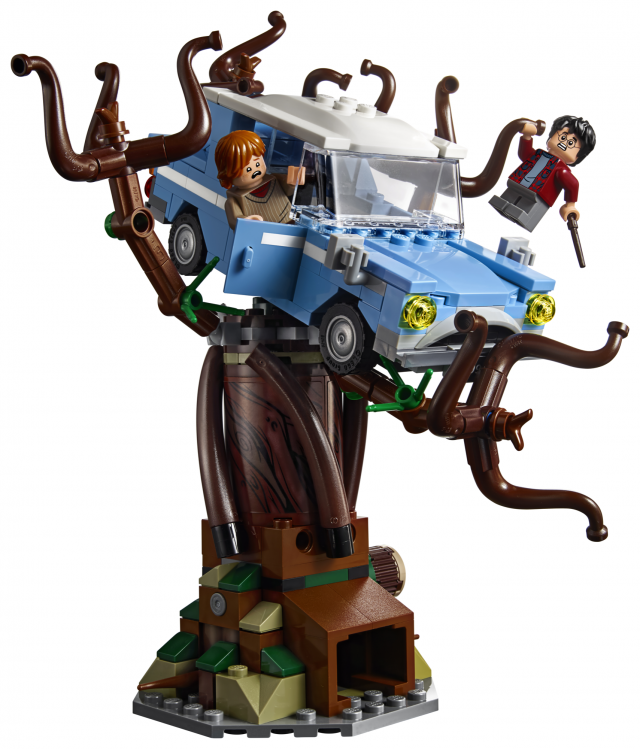 75953 – Hogwarts™ Whomping Willow™ can be combined with 75954 Hogwarts Great Hall to become a massive Hogwarts diorama. 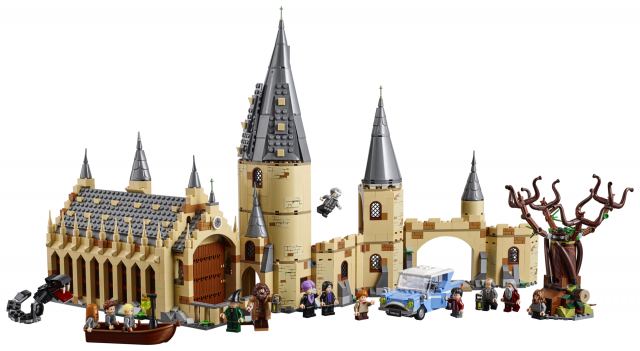