This LEGO flower mantis built by Takamichi Irie is so pretty. It’s also deadly if you happen to be its prey…or a male flower mantis. I’m not sure whether I want to fight it or kiss it. Either way, it’s probably best I keep a safe distance from anything that would bite my head off after mating, not that I’d be into that sort of thing. (Well, that got awkward fast!) While you’re mulling over how that would work out, take a look at why we are so smitten by anything Takamichi does. On second thought, maybe I can give this pretty flower mantis just a tiny smooch. What can go wrong? 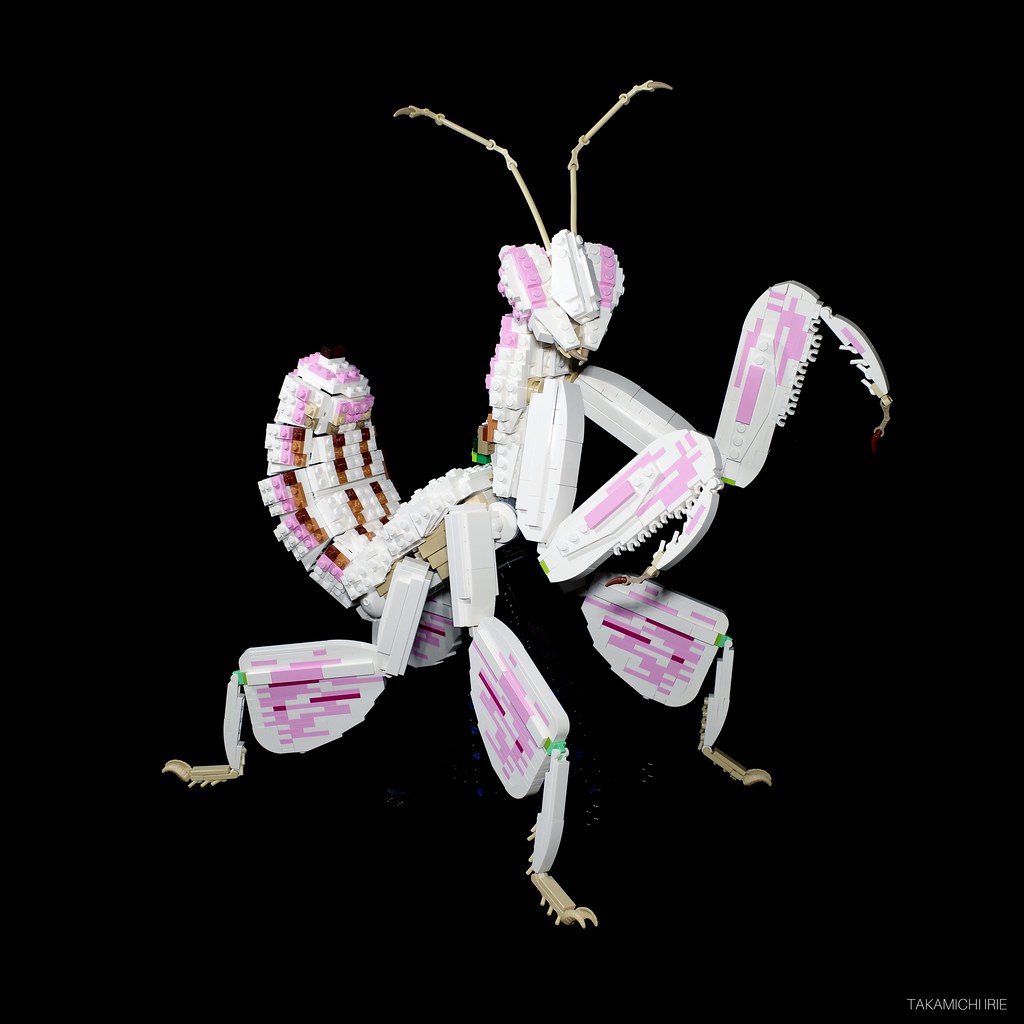 When it comes to mixed-media LEGO creations, we can all take a page from takamichi irie.
The papercraft body of this amphibian draws the eye, while the friendly smile and cherry-based toes  showcase just what plastic can do.  Inspired by a calendar page, this model brings joy to even the most dreary day. 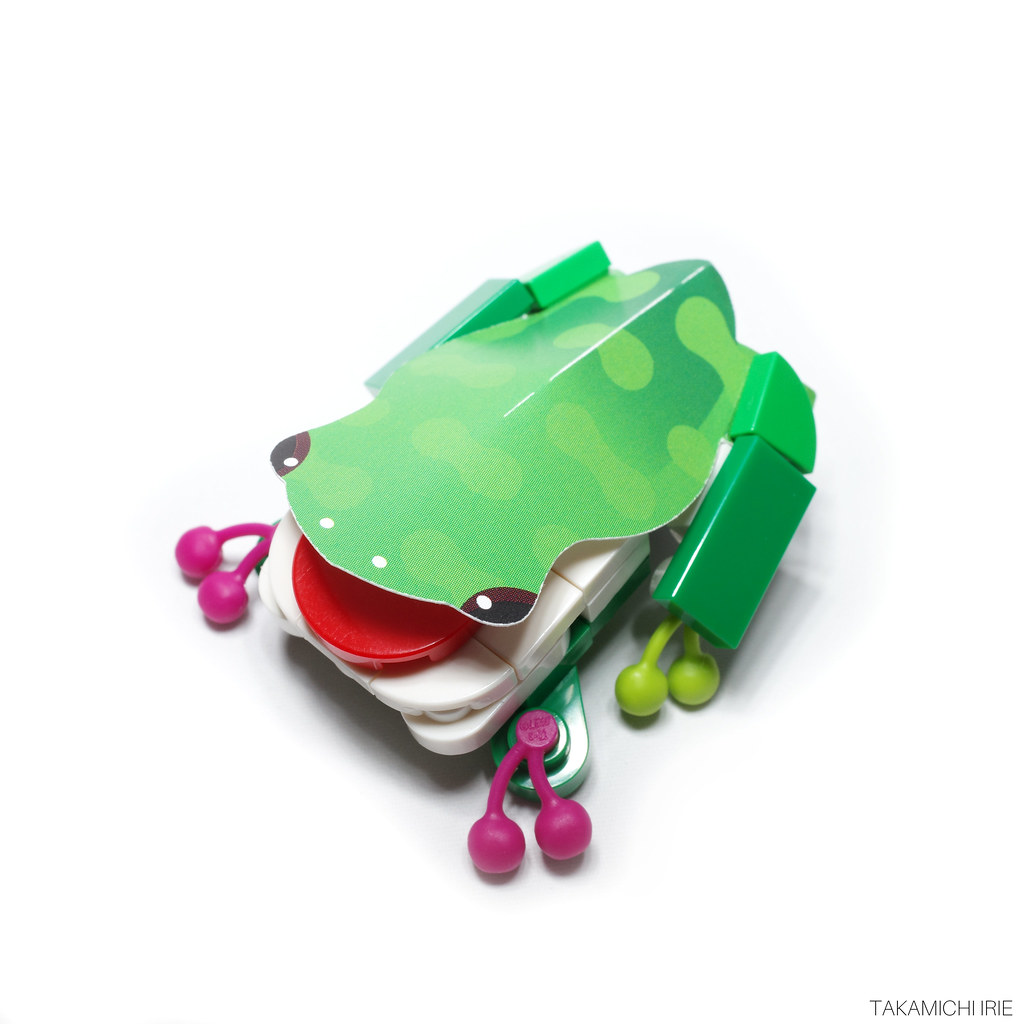 The underside shows off more of the traditional “LEGO construction” in play. Clever use of  minifigure posing stands attach the rear legs at an unusual angle, and rounded 1×2 modified plate gives the front legs articulation, too. 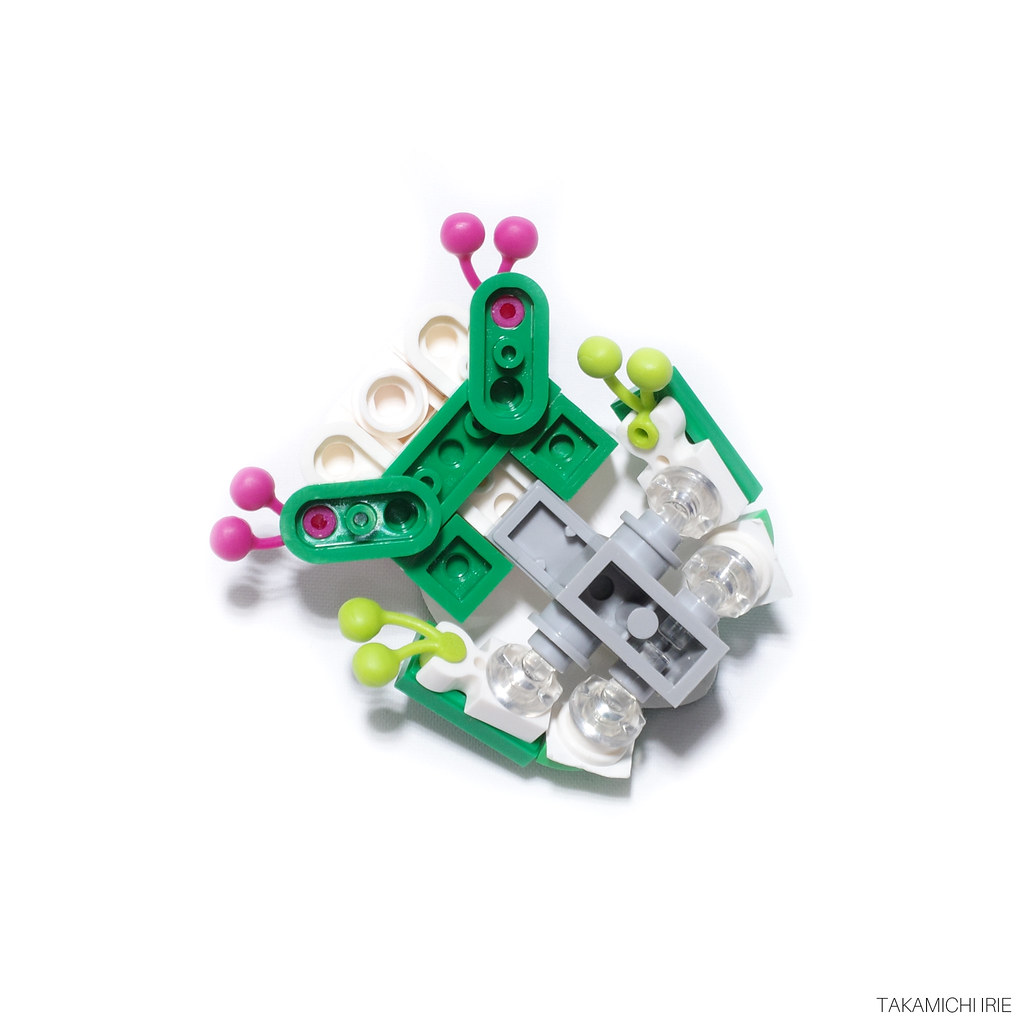 If you find this frog as adorable as I do, you’ll want to check out some of Takamichi’s other paper-LEGO hybrids, a crab and a bull. Or maybe explore the full range of his creations we’ve featured previously.

Exceptional arthropod builder Takamichi Irie probably could’ve engineered a crab completely out of LEGO. He didn’t need to make a paper shell – but that wasn’t the point. Combining his love for LEGO creatures with his uncle’s passion for papercraft, he has formed an adorable crab. 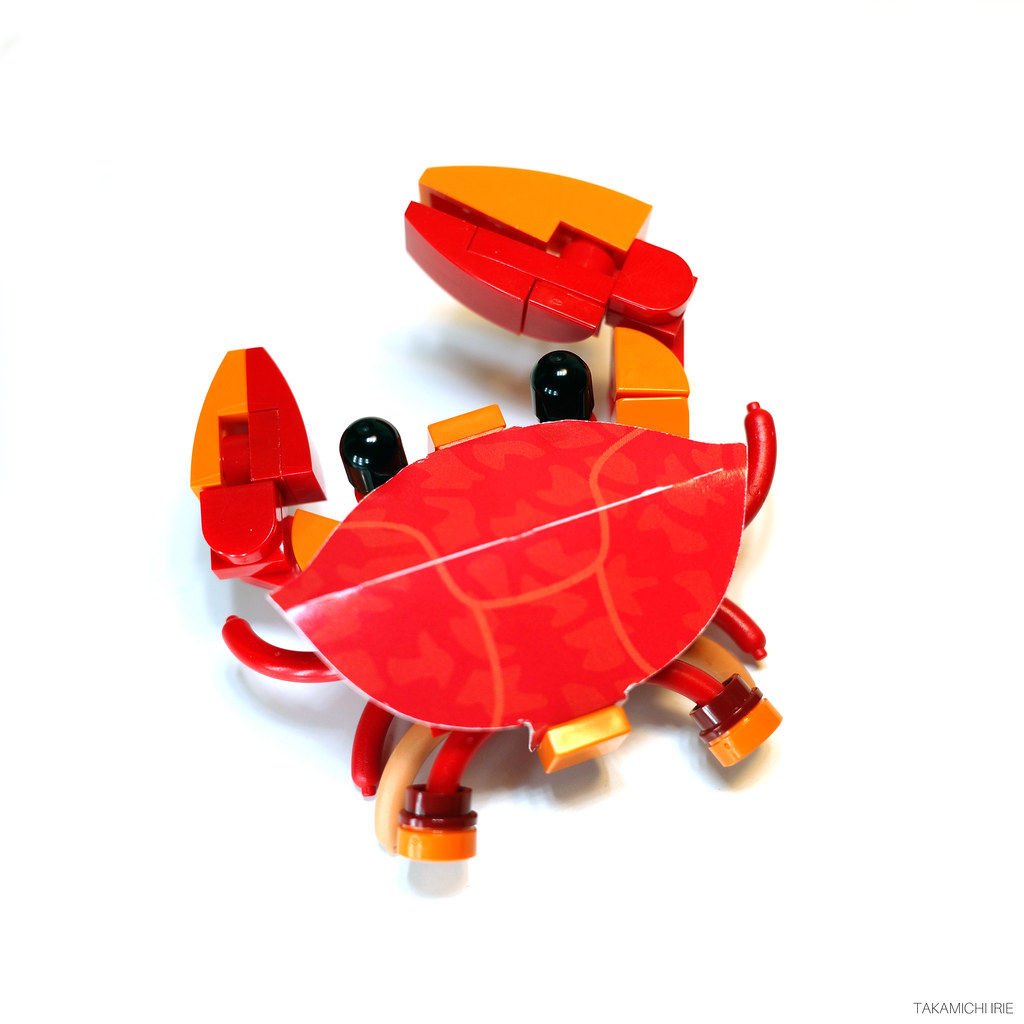 Under that paper shell is the unique parts usage we’re used to. The hotdogs work well as legs, and the bulb elements (Bionicle eye) are perfect for the eyes. In addition and as usual, the arrangement of the pieces makes it look organic. 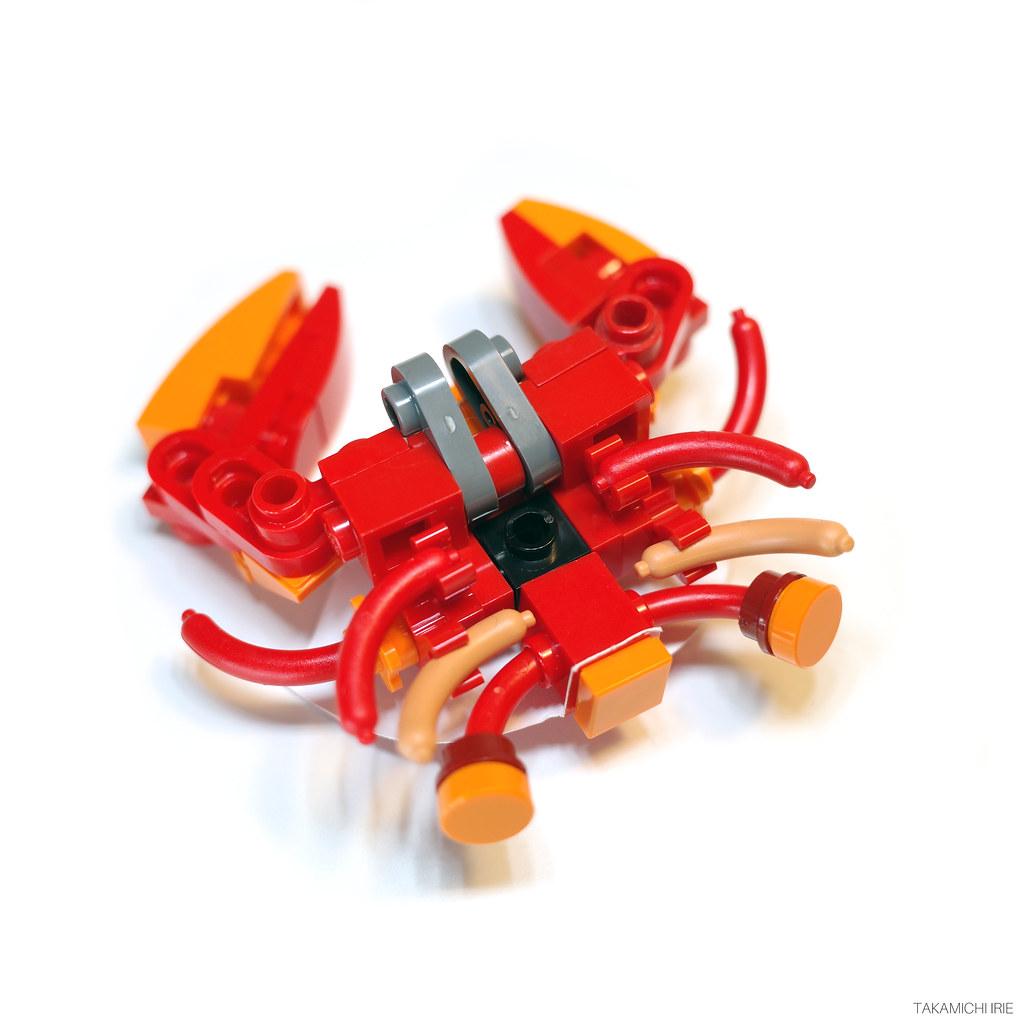 This artistry and attention to detail must run in the family because Takamichi has also gained inspiration from his late grandfather. The last time we featured one of his pieces, it was a mixed media bull also using papercraft. Check out it and his other work in our archives. 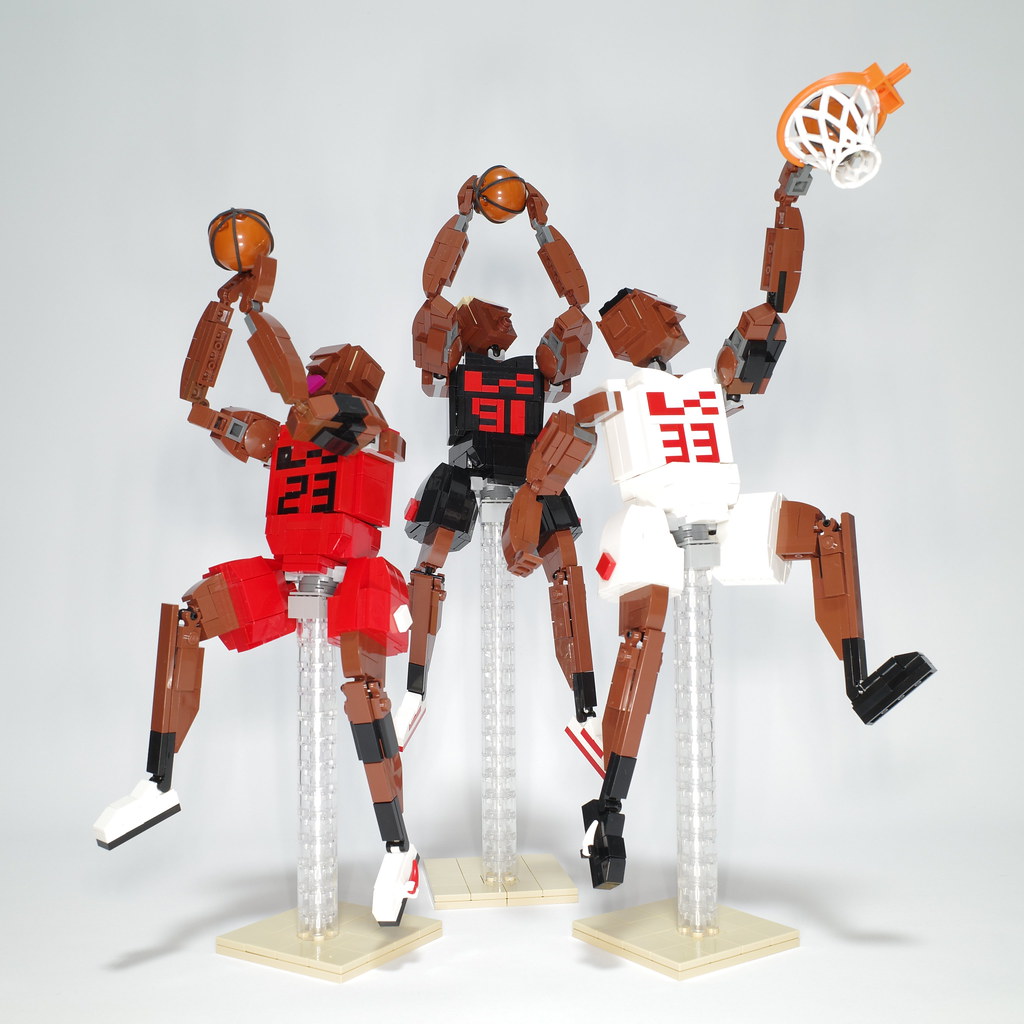 Trust me when I tell you, we are already impressed by Takamichi Irie’s LEGO work. But when a builder of his caliber breaks the rules a little (or a lot) we take special notice. 2021 is the Year of the Ox so we were happy to see this rather charming and (ahem) unorthodox creation grace the interwebs. Takamichi tells us it takes inspiration from his grandfather, who was an artist and graphic designer who had unfortunately passed away last September. The horns, tail, and hooves are LEGO pieces but the body is constructed from cut and folded card stock. Some gluing most certainly helped the process along. The end product is reminiscent of the official LEGO Forma sets so perhaps this isn’t as unorthodox as initially thought. 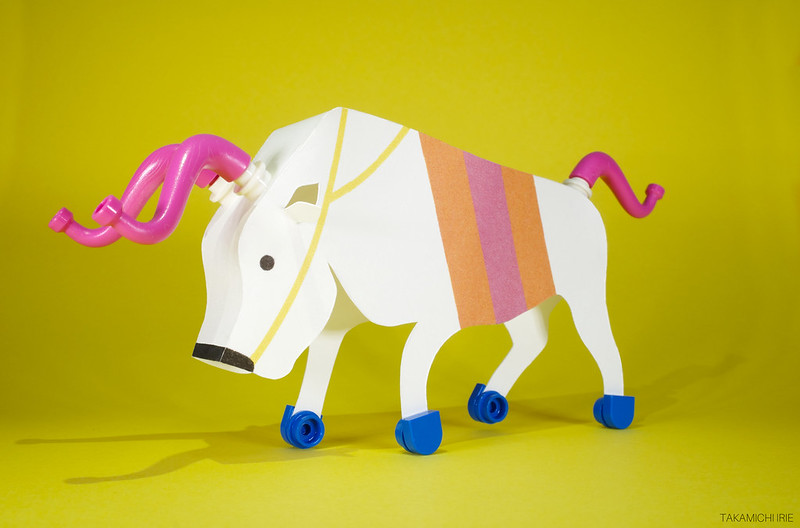 Whether this irks your purist leanings or inspires you to break the LEGO mold a bit, you’ve got to admit this is pretty neat. Check out more of his work in our archives. 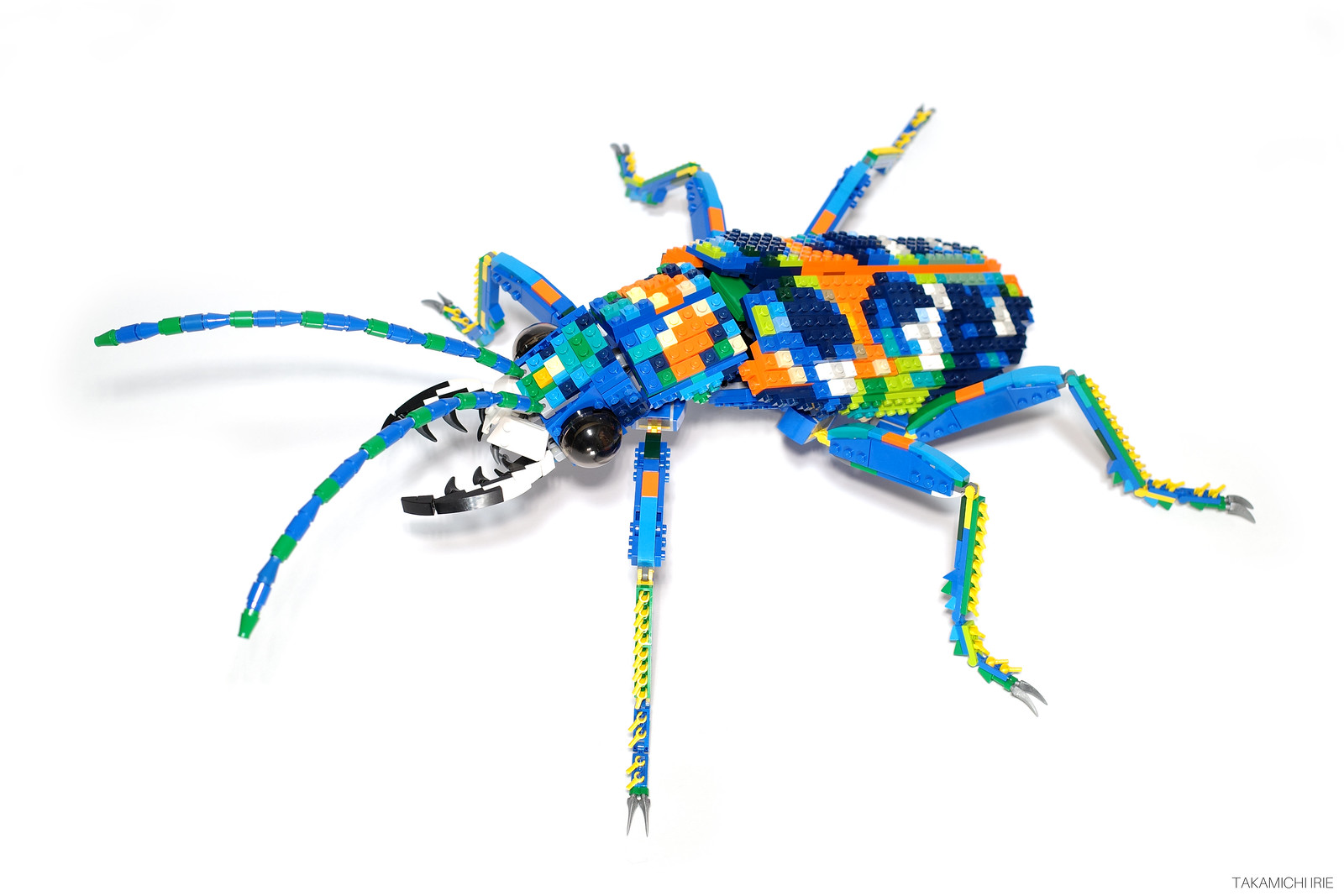 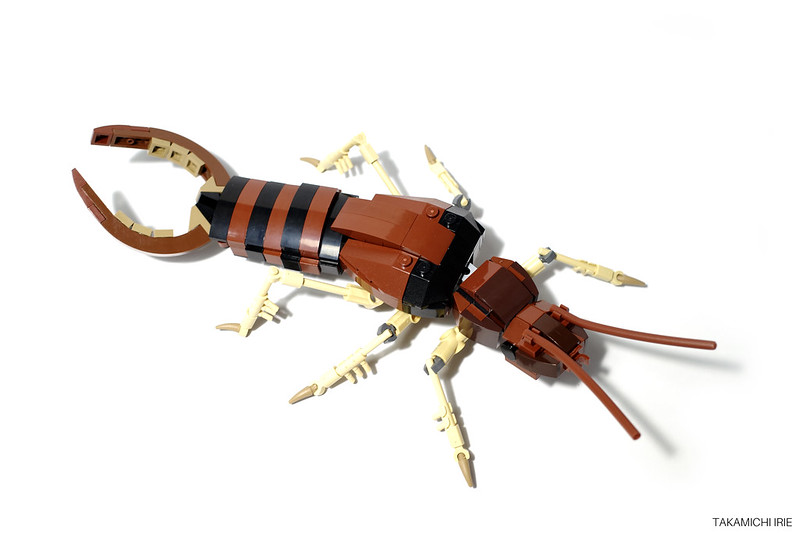 Here’s a gentle reminder that there’s still beauty to be found in nature. Japanese builder Takamichi Irie shares a lovely LEGO rendition of a cicada. I really admire the fragile construction of the wings. Whips, bar holders, tubing, and minifigure hands combine in a delicate symphony of nice part usage.

Reading up on cicada’s life cycle, I’m reminded that many varieties spend most of their lives underground, only emerging once a year. Some don’t even appear for 13 years or more. There’s something familiar about that right now. Can’t quite put my finger on it, though. 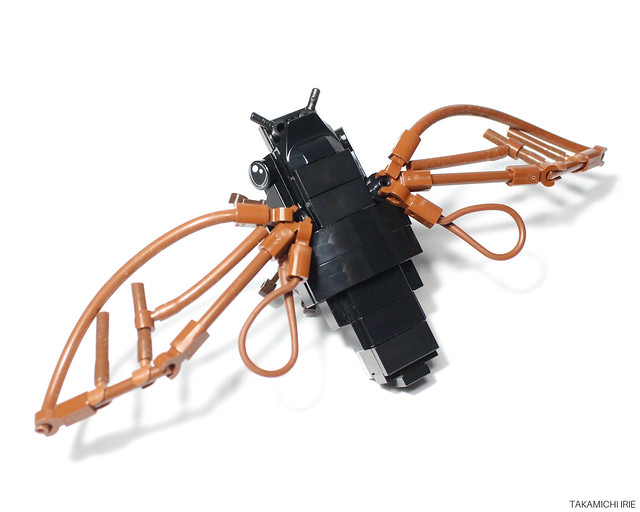 If you like this bug, be sure to read our interview with Takamichi. This builder has been making amazing insects for a long time.

I’ve been consciously avoiding all things Star Wars: Episode IX including the teaser trailer, but I’ve learned in some ways its almost useless to resist. It’s impossible to hide with the fans of LEGO and Star Wars taking to the brick to recreate what they’ve glimpsed in trailers and at Star Wars Celebration. This droid companion seems to be the new rising star and is cleverly captured in action by Takamichi Irie. All we know so far is that the droid is named D-O. We can’t help but notice that it’s also painted in our very own TBB colors! 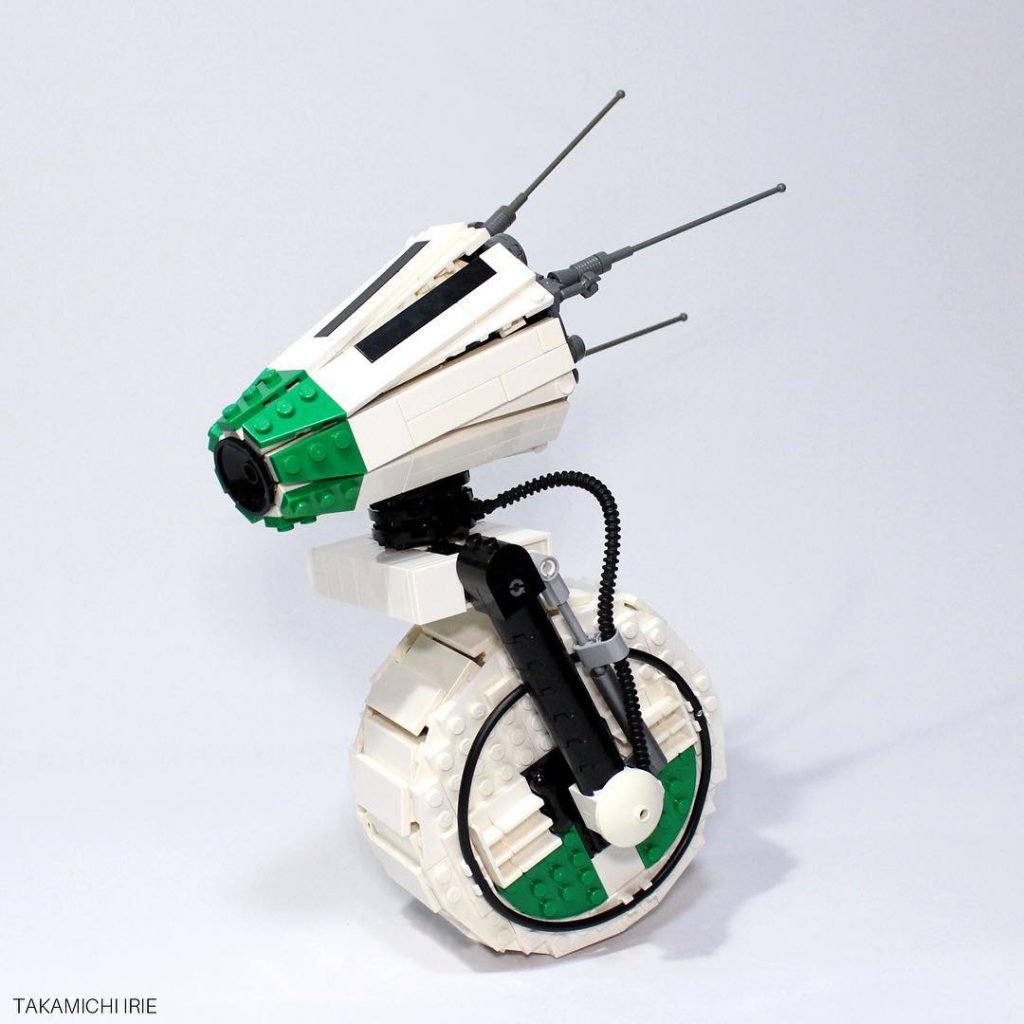 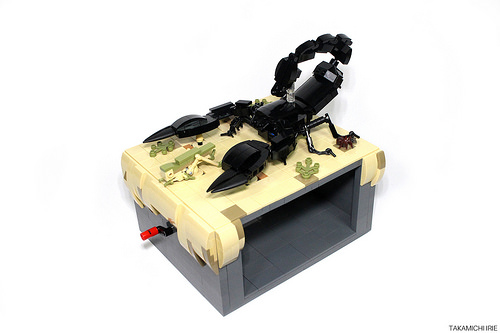 END_OF_DOCUMENT_TOKEN_TO_BE_REPLACED

A couple months ago, we had the opportunity to talk to one of our favorite builders, Takamichi Irie, about his work. He is most notably known for his use of minifigure parts to achieve life-like shapes in creations ranging from insects to household items. His excellent attention to detail gives his creatures character. Enough character, in fact, to have several of his bugs featured at the LEGO House in Denmark.

Takamichi’s builds have been featured several times on our site, such as his exceptional motorized BB-8, based on the character from the Star Wars franchise. After writing about his Dipodidae, we knew we needed to learn more about his creative process, and ask him about his life and inspiration. 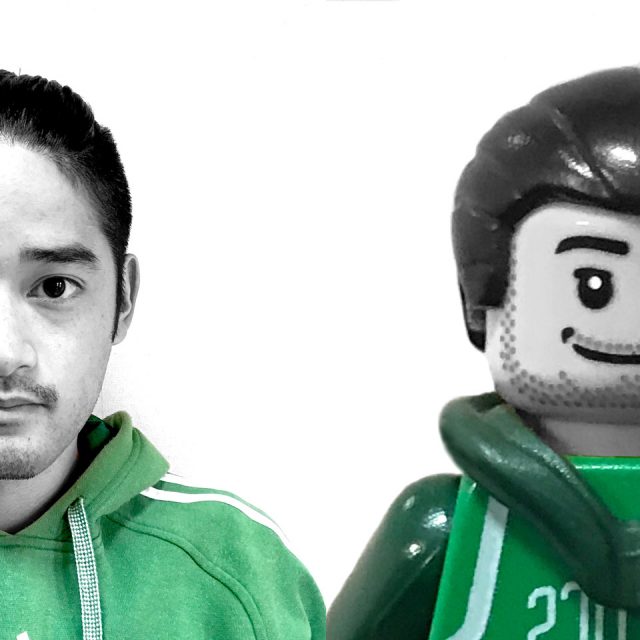 Tell us a bit about yourself! What got you started with LEGO? Was there a dark age, and if so, what brought you back?

I’m a student who studies Architecture and Landscape Design in Japan. When I’m asked about my passion for LEGO, I always say that I’ve been building with LEGO or Duplo since I was born, because I have an older bother. In my childhood, I asked my parents for only LEGO as birthday presents every year. But I couldn’t buy much LEGO for myself with my small pocket money when I was in junior high school. I only bought some of the small Star Wars sets for their minifigs at that time. That moment was my darkest age, and after that I started building and uploading my own creations on the internet.