LEGO has revealed a new experimental product line designed for adults called LEGO Forma. The first wave of small-batch sets produced under the LEGO Forma line will be kinetic sculptures of fish, created with a moving Technic core and wrapped with four “skins” made of foil to represent three types of Koi and one shark. 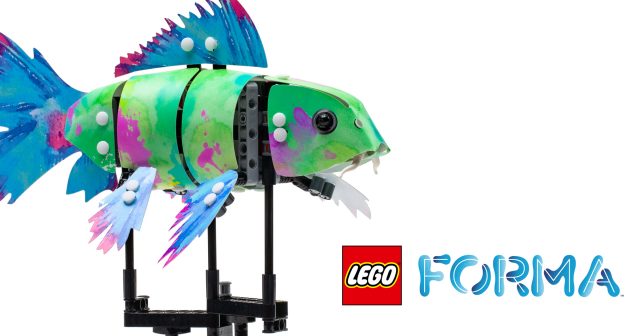 The core set, 81000 Koi Model, contains 294 pieces including the Technic base and a single life-like koi skin. The model measures 10 inches high (27.9 cm) and 11 inches long (12.7 cm). The initial wave of LEGO Forma sets are available for pre-order on Indiegogo as “backer perks” from now until November 6th or whenever product runs out. The base set sells for $45 USD and is only available in the United States and United Kingdom for the time being. If the project meets its funding goals, the sets will ship in early 2019. 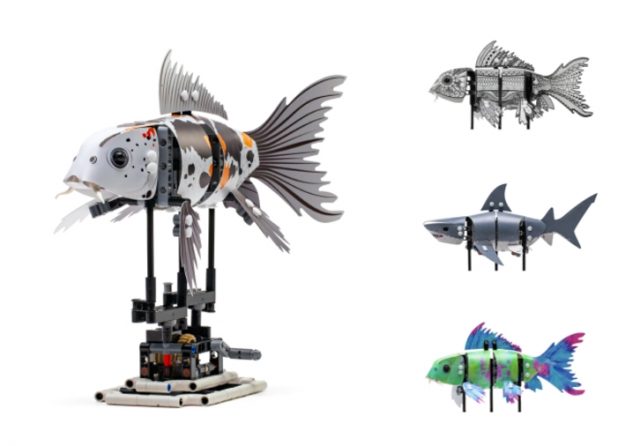 The LEGO Forma product line has been created as a limited short-batch pilot program, primarily designed to target LEGO early adopters and determine if there is an appetite and market for unique products that don’t lend themselves to the LEGO Ideas platform. LEGO has partnered with Indiegogo to be the first crowdfunding platform hosting the product line, which will feature artistic interpretations of plants and animals created with similar “skin” functionality. 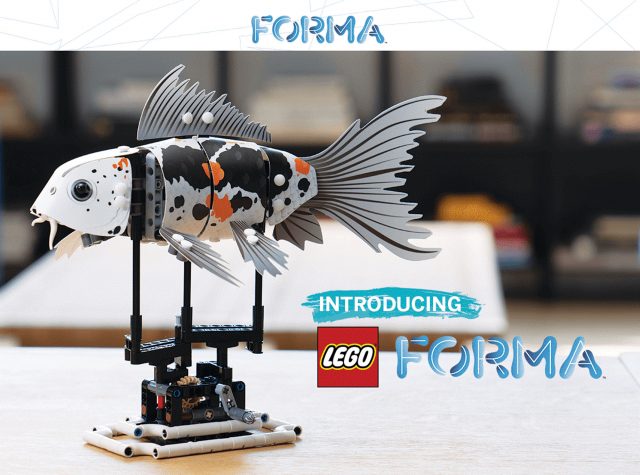 According to LEGO, “a series of pilots are being planned to run in various locations and formats over the coming year to float new ideas, crowdsource others, and receive real-time feedback from consumers to evaluate whether concepts should be developed and scaled.” The LEGO Forma project is similar in scope and crowdfunding to the newly announced AFOL Designer Program hosted by Bricklink, though those sets will not be official LEGO products.

The first set, 81000 Koi Model, appears to have a limited production run of 20,000 sets. This small-batch mentality is to “test ways to fast-track product launches” and collect feedback before potentially scaling up production. In addition to the core set, there are three foil skins available for pre-order as well including 81001 Shark Skin (which turns the model into a blue shark), 81002 Splash Koi Skin (a more colorful art skin), and 81003 Ink Koi Skin (a black and white skin that appears to be filled in like a coloring book to create your own skin). 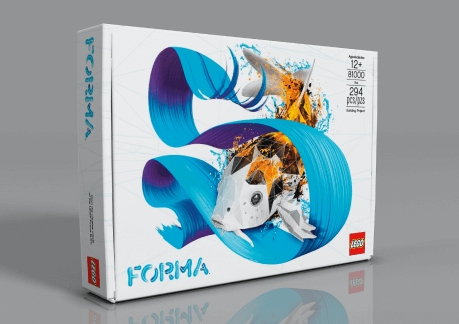 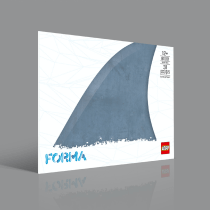 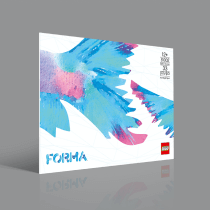 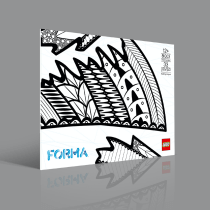 Each additional skin is available to pre-order on Indiegogo for $15 USD each. A LEGO Forma “Super Box” is also available with the core model and three extra skins for the total reduced price of $85 USD. 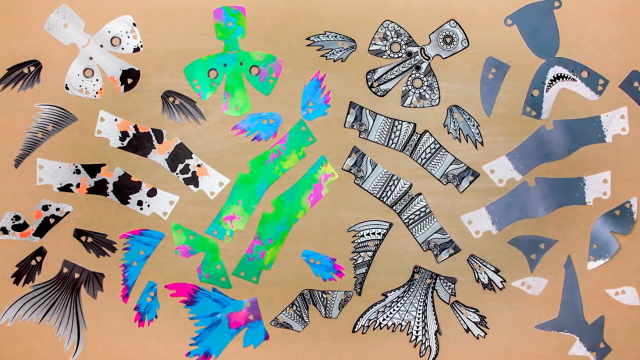 The set also includes a new Technic connector to help achieve the sleek visual look of the fish as well as make sure the foil skins are securely connected to the model. The new elements will make it easier to attach and remove different foil skins from the Technic skeleton. The pins will also remain exclusive to the LEGO Forma line for the foreseeable future.

Tom Donaldson, Vice President of LEGO Creative Play Lab, summed up the new LEGO Forma product line: “Continuing to push our innovation approach means nurturing ideas that we don’t always know the outcome of, encouraging risk-taking and finding new exciting ways to launch products that are a bit different compared to what you would normally see from the LEGO Group. Pilots such as LEGO Forma with Indiegogo open up an engaged and creative community that we can take inspiration from, and vice versa.” 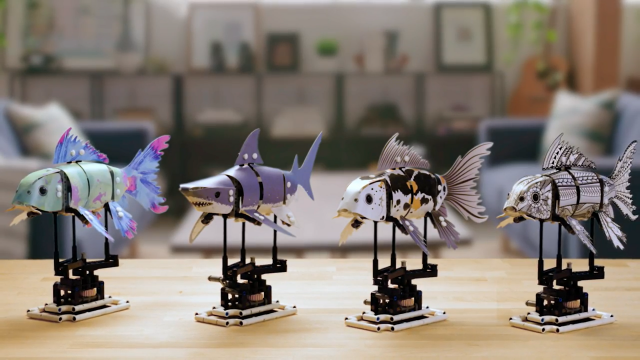 It remains to be seen if this slightly “out of the box” approach will be successful for LEGO and popular in the fan community, but we will keep an eye on the project goals on Indiegogo as an early indicator. To place a pre-order for LEGO Forma, head over to Indiegogo to back the project. For even more information, watch the video below (and see if you can spot even more types of fish on the shelves behind the designers) and check out the full product photo gallery. 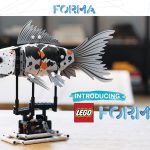 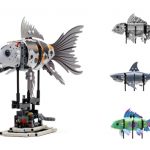 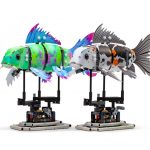 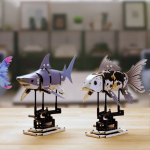 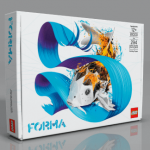 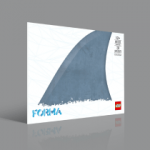 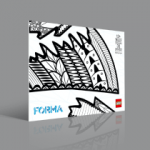 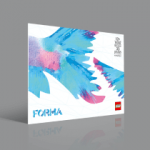 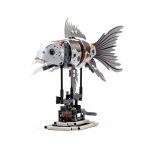 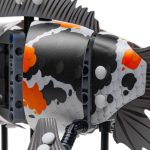 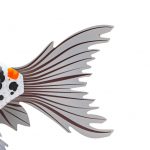 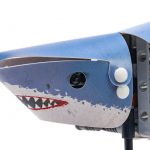 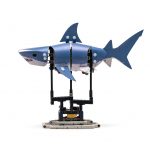 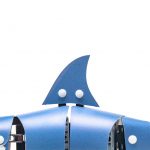 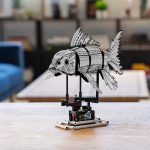 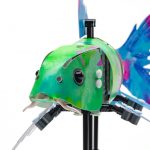 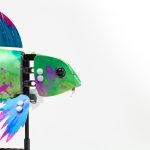 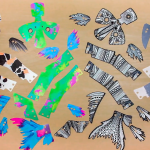