I’ve always been a fan of Sky-Fi aircraft. It’s a glorious retro-futuristic look, typified by the Xbox classic Crimson Skies, and the creations of LEGO builders such as Jon Hall and John Lamarck. To pull myself out of a recent bout of builder’s block, I set myself a challenge — to build a series of Sky-Fi aircraft, in a common colour scheme, with a similar overall style, but each design different. Crimson Squadron is what emerged over the next few weeks… 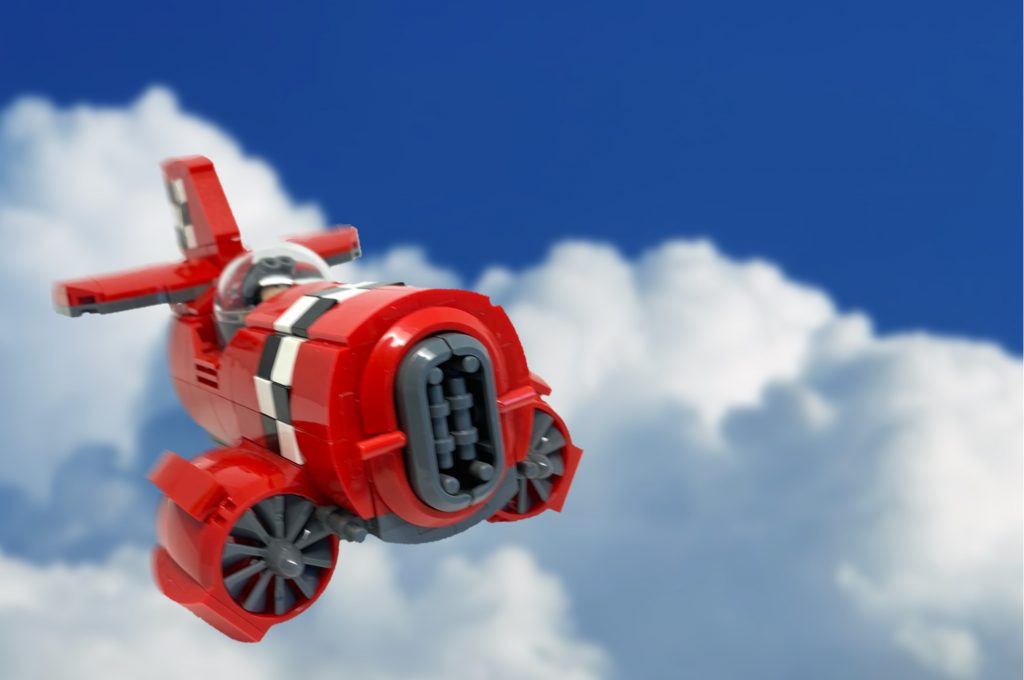 The first of the squadron’s aircraft to roll off the production line was this twin-engined beast — the Bulldog. It established the signature elements which sit across the rest of the fleet: the red and chequerboard livery, a whiff of a muscle car from the up-front intakes, a bubble canopy for a fun retro feel, and an overall super-condensed chunky chibi look. I was pleased with how the Bulldog turned out and immediately set to work once more.

END_OF_DOCUMENT_TOKEN_TO_BE_REPLACED 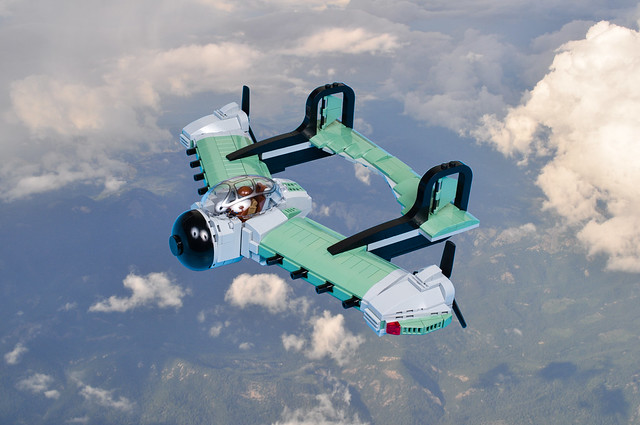 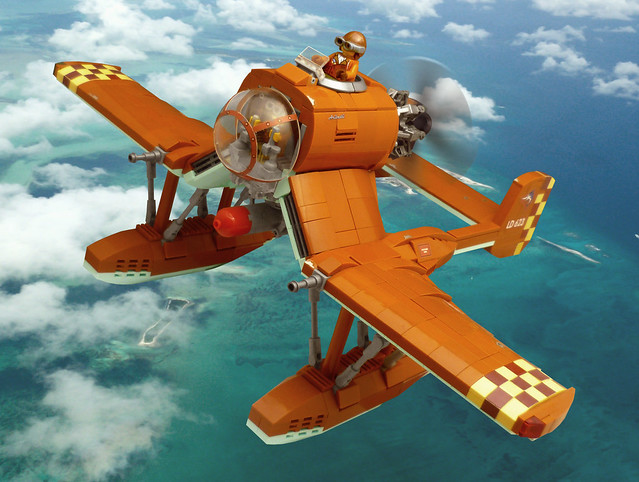 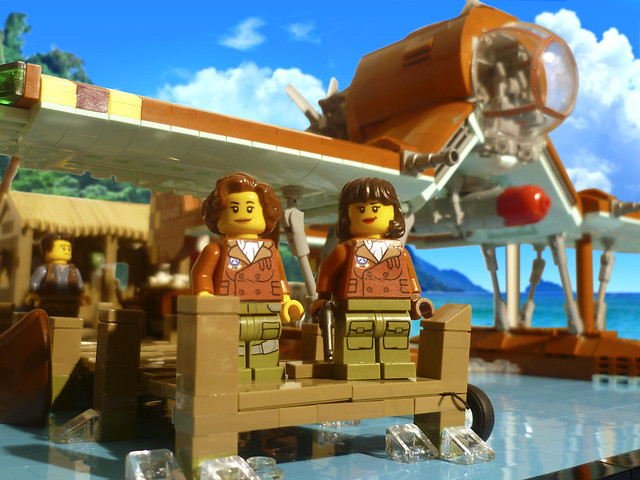 This fanciful LEGO creation by Martin Redfern was inspired by the concept art of Ian McQue. I like how the front hook seems to be holding the truck aloft (although the delightful greebles in the back are more likely culprits for the vehicle’s propulsion system). The grays and browns give this build a lived-in vibe, but they are nicely balanced by the vibrant red. 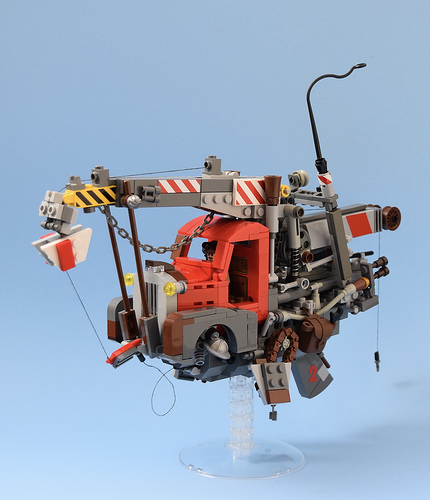 Originally built in 2016, this model was one of the inaugural models displayed in the Masterpiece Gallery of the LEGO House. We’re glad to see it back together again after a rough return flight.

It definitely takes talent and building skills to create a realistic, yet funny vehicle or aircraft. John C. Lamarck nails it with a chubby JL-450 “Wolverine” inspired by fighters and bombers of the 1940’s. A perfect choice of stickers completes its clean look very well, but it is its short and clusmy body that really creates the character. 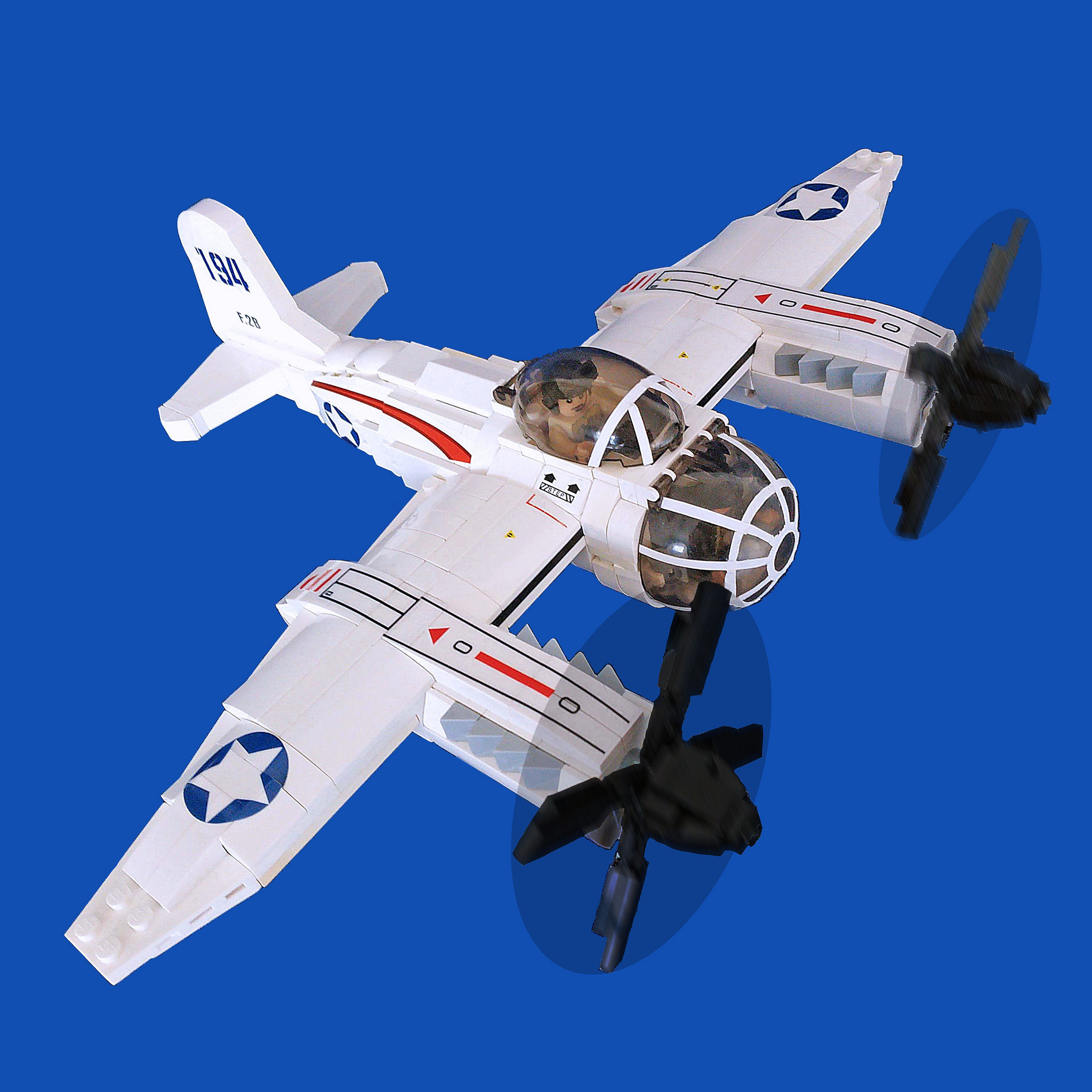 Sky-Fi is a niche branch of science fiction, essentially pushing the aesthetic and technology of WWII aircraft to the extremes. This zippy fighter by Thomas W., which he calls the F11 Locust, is a prime example of the artform, mashing up elements of numerous WWII fighters into an awesome new aircraft design. It’s rife with clever bits from a LEGO angle, too, from the minifigure hands as manifolds around the radial engine to the car mudguards with the headlight protrusions as perfect machine gun mounts. The rad sand green, orange, and white color scheme also helps bring a touch more sci-fi to the mix. 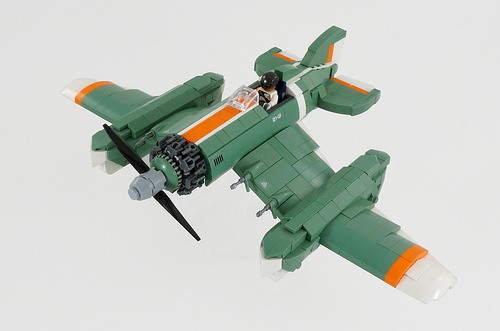 When it comes to the “Sky-Fi” Dieselpulp style of LEGO building, one man is the undisputed master of the air: Jon Hall. He strikes again with his latest retro-flavoured aircraft — the P-98 Nemesis. The shaping of the hefty triple-fuselage structure is excellent, and there are loads of lovely touches on display — the strong colour-blocking, the raked exhausts peeking from beneath the engine cowls, and the racks of ordnance slung under the wings. 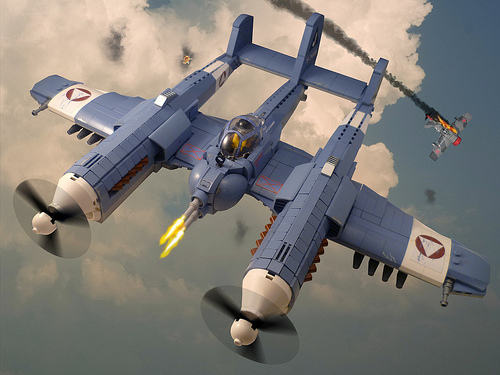 Packed full of Jon’s trademark attention to detail, the model includes custom stickers, a folding undercarriage, and a detailed cockpit interior. Check out this view of the seat and the instrumentation panel with its trio of joysticks. And don’t miss the spanner mounted up-front as a gun sight — great stuff. 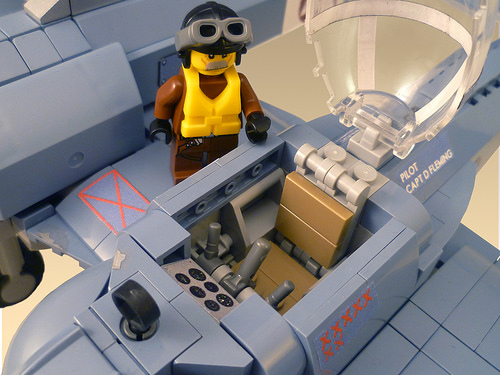 Sky-fi is one of those strange themes that seem to be disproportionaly popular in LEGO, similar to space and castle. Over the years these imaginative airplanes remain present in the LEGO community, very often in high quality. This F14-Thunderhead by Sylon-tw is no exception, using careful colour blocking and combinations, as well as skillful bulbous shapes iconic for the theme. 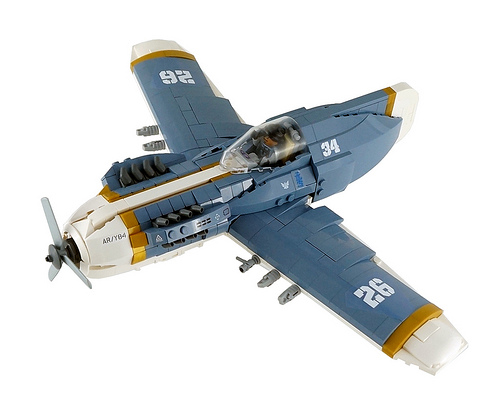 The colour scheme is easily my favourite part, combining sand blue and pearl gold, both somewhat rare and difficult to work with – and yet they fit together so nicely! The slightly swept back wings give the aircraft a unique sense of character and there is some great parts usage with the consecutive minifig arms on torsos for the exhausts. Very importantly, the stickers bring it all together quite nicely.

After a long break, German builder Sylon-tw is back into his assembly hall proving that his futuristic airplanes are still dominating LEGO skies. Instead of the dieselpunk go-to colors of grey, dark blue, bright red, or reddish brown, Thomas goes for bold black on the body and elegant decorations of white and dark red stripes. Combined with short droid bodies, the dinosaur flippers work perfectly as propeller blades. And in a nice change from convention, the aircraft has a fetching female pilot. 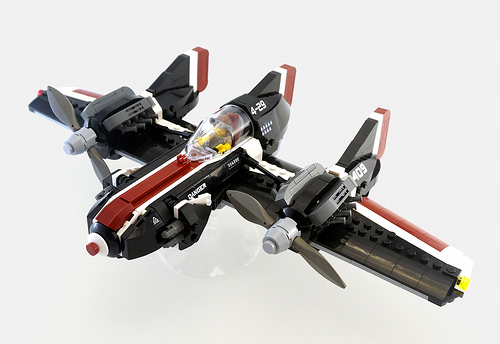 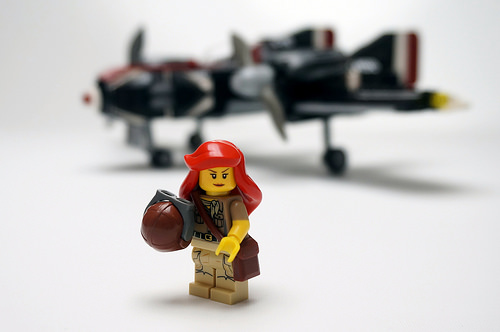 Sky-fi may be among the more obscure LEGO building themes, but if you dig deep, plenty of amazing models can be found. The F70 Double Falcon by Vincent Tolouse is a great representation of the alternate-history early aviation-based theme, because it has everything, from beautiful curves to unique and imaginative shapes. Add to that the gorgeous dark red and chrome silver along with some nice part uses such as the Galidor shields at the front, and you get a very memorable and absolutely insane aeroplane.

This sexy sky-fi creation by perig perig, inspired by concept artist Ian McQue, is incredibly detailed, with beautiful vibrant colors and red striping that presumably serve to avoid mid-air collisions. This simple yet elegant beauty looks like it could be sailing between high rise buildings in the not too distant future. 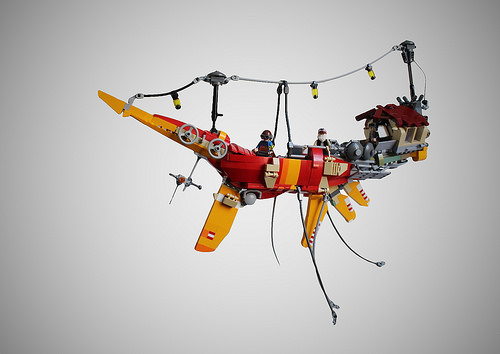 It is very reminiscent of Mr. Kim’s flying food cart in the Fifth Element. The Chinese lanterns strung across the rigging and the tendrils hanging from the hull are quite ingenious. But my favorite detail is that quirky roof on the small aft cabin.

My office at work looks across Lake Washington toward Seattle, and I spent much of the morning and afternoon distracted by F/A-18 Hornet fighter jets of the US Navy Blue Angels acrobatic team as they roared past my window. When I saw the predominantly blue and yellow color scheme of this excellent X-shaped fighter plane by Thomas W., I was immediately reminded of the Blue Angels. But with the double gull wings and large propellor, the real-world US Navy fighter that Thomas’s design truly evokes is the Vought F4U Corsair from World War II — one of my favorite aircraft of all time. The yellow stripe on the leading edge of the wings is lovely, and the white accents give the whole plane a more modern look for some reason. 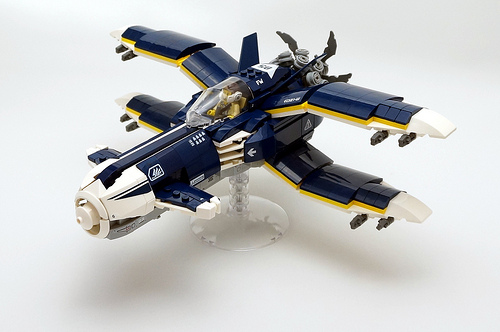