It’s time to turn back the clocks, then turn them forward again, as we travel to a retro view of the future where flying cars totally exist and all mass transit is in stylish monorails like this sweet LEGO version by Tammo S. With nifty brick-built lettering adorning the sides and a crazy bit of fantastic retro aesthetic with a prop and fins on top, this monorail is ready to guide us to the future. While my favorite design element is the rounded corners of the passenger windows, don’t overlook the fact that the cockpit is built at a crazy angle, which is no mean feat. 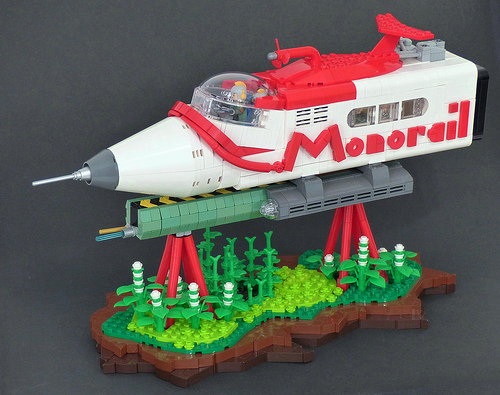 Hearkening back to the 80s LEGO Monorail with its centre-engine car and retro look, Jason Allemann has come up with another fantastic kinetic powered creation. This time he has built a motorised train for the new LEGO rollercoaster system. 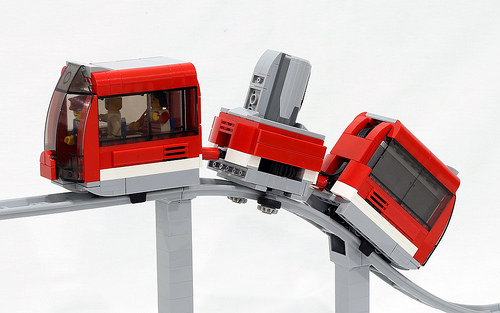 Jason is using an ingenious design with Technic half bushes and rubber tyres to attach and propel the mini monorail. Watch the video to find out more about the challenges he faced and overcame to create this cute little piece of LEGO nostalgia.

LEGO’s infamous monorail system has been the source of many questions about it’s potential return over the years. In fact, when I spoke with ex-CEO Bali Padda last year he said one of the most common questions he faced from fans was “when will LEGO bring back the monorail?“. While the monorail system is increasingly expensive to buy on the secondary market, Julius von Brunk has created a microscale version that is both easier on the wallet and adorable. The introduction of curved tiles has made this type of build cleaner and perhaps a little easier, but there’s a lot to admire in this instantly recognisable mini version. 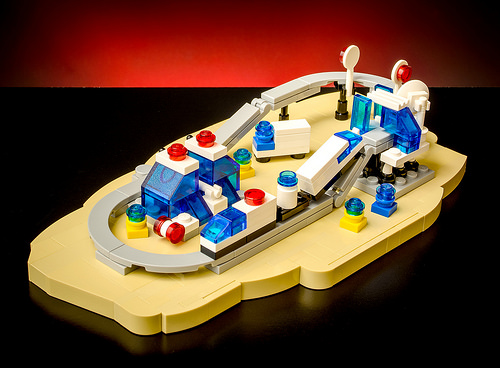 Purists look away now, as we go inside the mind of self-proclaimed LEGO outlaw Randy Sluder and see some of the innovative building he is doing around the LEGO monorail system. Randy calls himself an outlaw because he’s not afraid to cut, drill, sand, and glue to create shapes LEGO never made. However, even he has lines he won’t cross — he only uses genuine LEGO bricks and the same glue LEGO themselves use on their large display models! 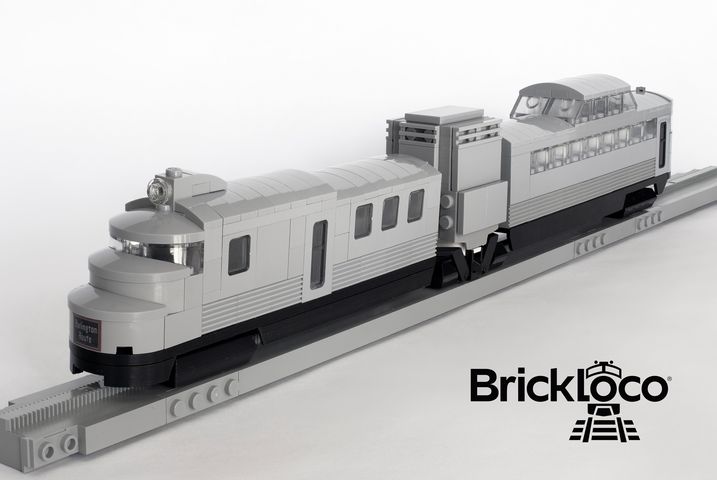 TBB: So Randy, tell us a little about yourself…

Randy: I’m a graphic artist by trade and have always liked the Art Deco style, so I gravitated to the Streamliner period of trains between 1935-1955. It was a time when “form follows function” wasn’t in vogue, the emphasis was on great design. And many people don’t know that Art Deco train design was as important to the movement as the architecture.

TBB: Where does your interest in monorail trains come from?

Randy: All my life I’ve been able to hear the sound of a train, at night, no matter where I’ve lived, and because I’m a wannabe “rail fan”, and a LEGO geek! What started as a fun project for the grandkids has blossomed into a cottage industry. In building a track for them I thought it would be nice to have a few more monorails. In researching LEGO monorail designs I found most were childish, block-type designs with the better ones made from current LEGO train bodies. Nobody was designing alternate vehicles for the LEGO monorail system. So after a lot of interesting research, I started creating trains for the monorail track. 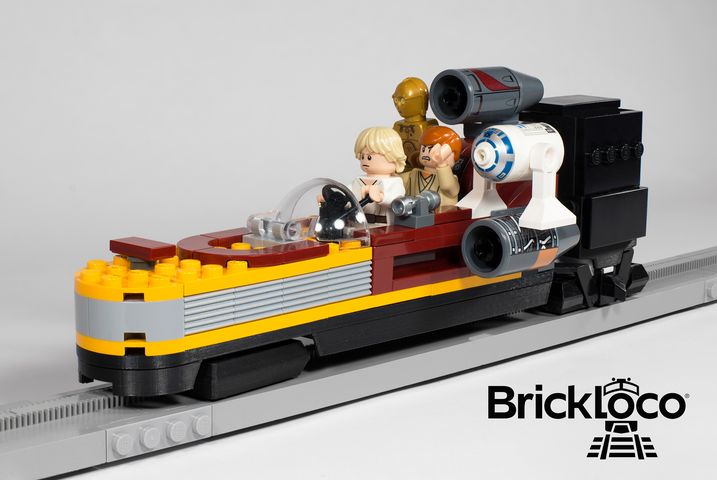