This creation by Eli Willsea may or may not be inspired by the LEGO 10276 Colosseum. They are similar when it comes to architecture, color scheme, the lovely foliage and last but not least, columns! The columns in Eli’s creation are made of garage doors. There are three orders of Greek architecture (Doric, Ionic, and Corinthian). To these the Romans the Tuscan and the Composite. Since these columns look quite simple my guess is they are either Doric or Tuscan. Next to the exquisite part usage on the columns, the color scheme of this creation is quite remarkable. Most of the colors are earthy tones except for the yellow tree foliage which really pops! 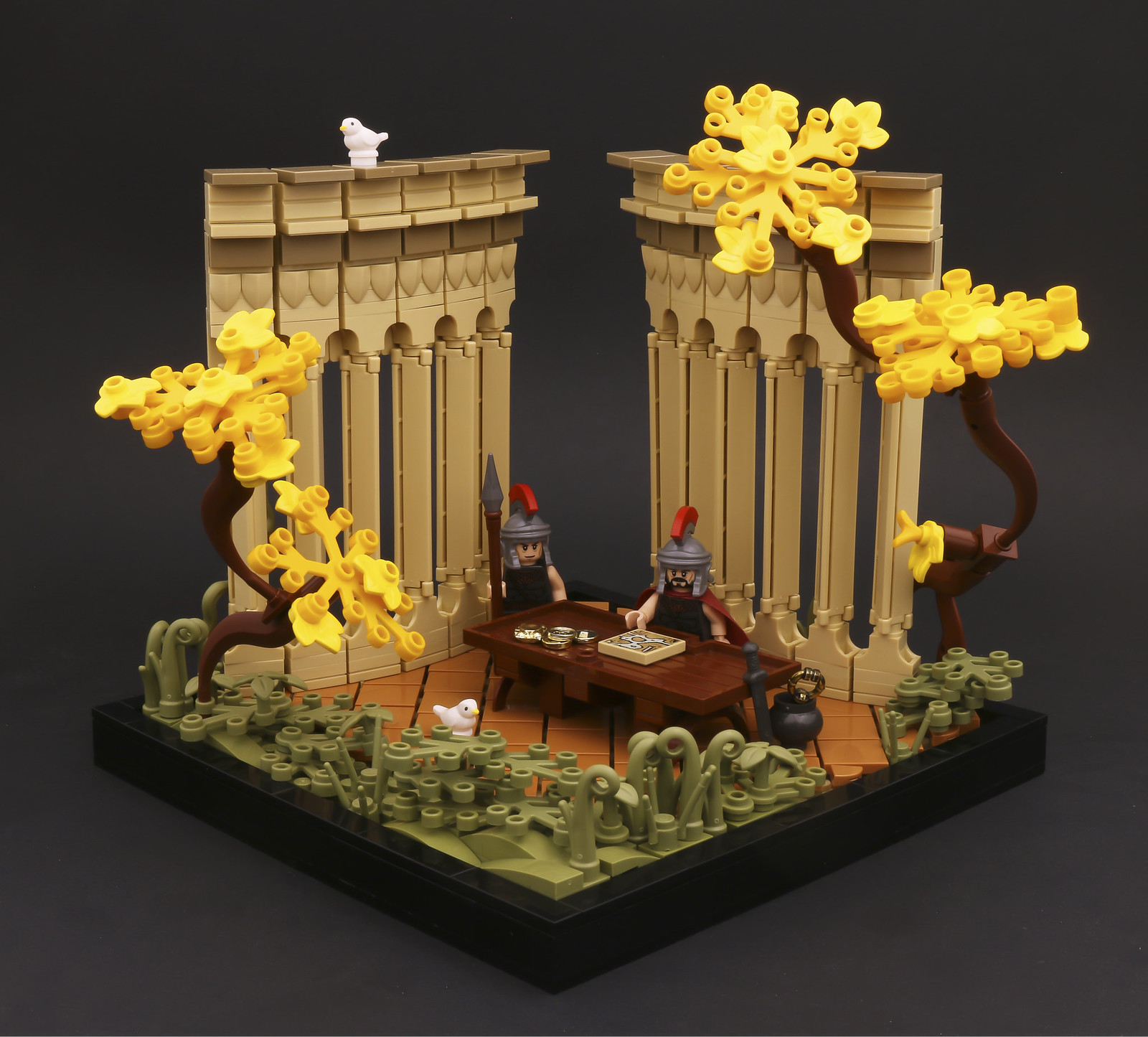 Our readers of Greek descent can rejoice. Talented LEGO builder George Panteleon is celebrating the 200th anniversary of the 1821 Greek Revolution against the Ottoman Empire in style.
Theodoros Kolokotronis was a prominent military leader and one of the key figures of the Greek Revolution. Frankly, I had to Google him but once I did I had learned that George’s rendition is spot on! The mustache, long gray hair, and helmet are particularly inspiring but my favorite detail is the gold filigree on his jacket. He tackles the gentle slope of the shoulders; not an easy feat in LEGO. Even his epaulets accurately depict the gold lion crest that the real revolutionist wore. George is well-versed as a builder and no stranger to our pages. Check out our archives to see for yourself. 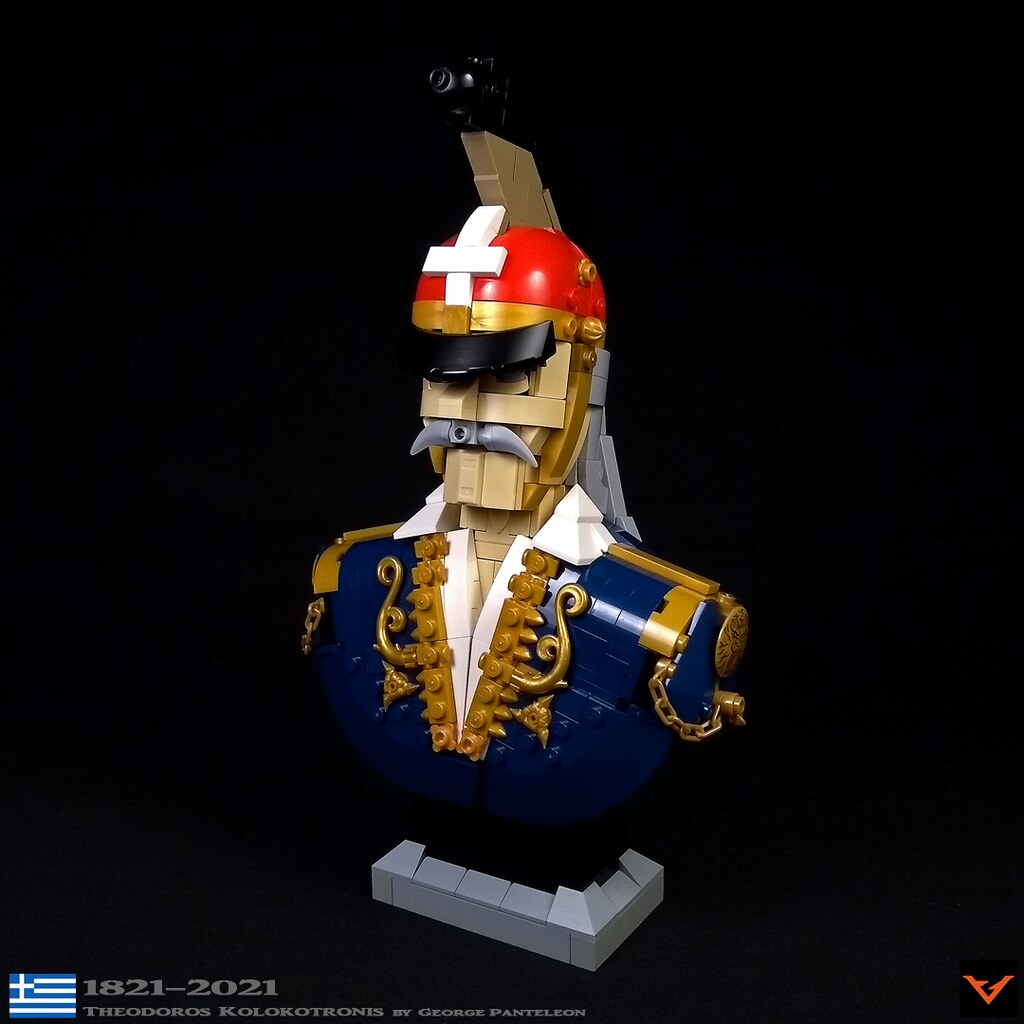 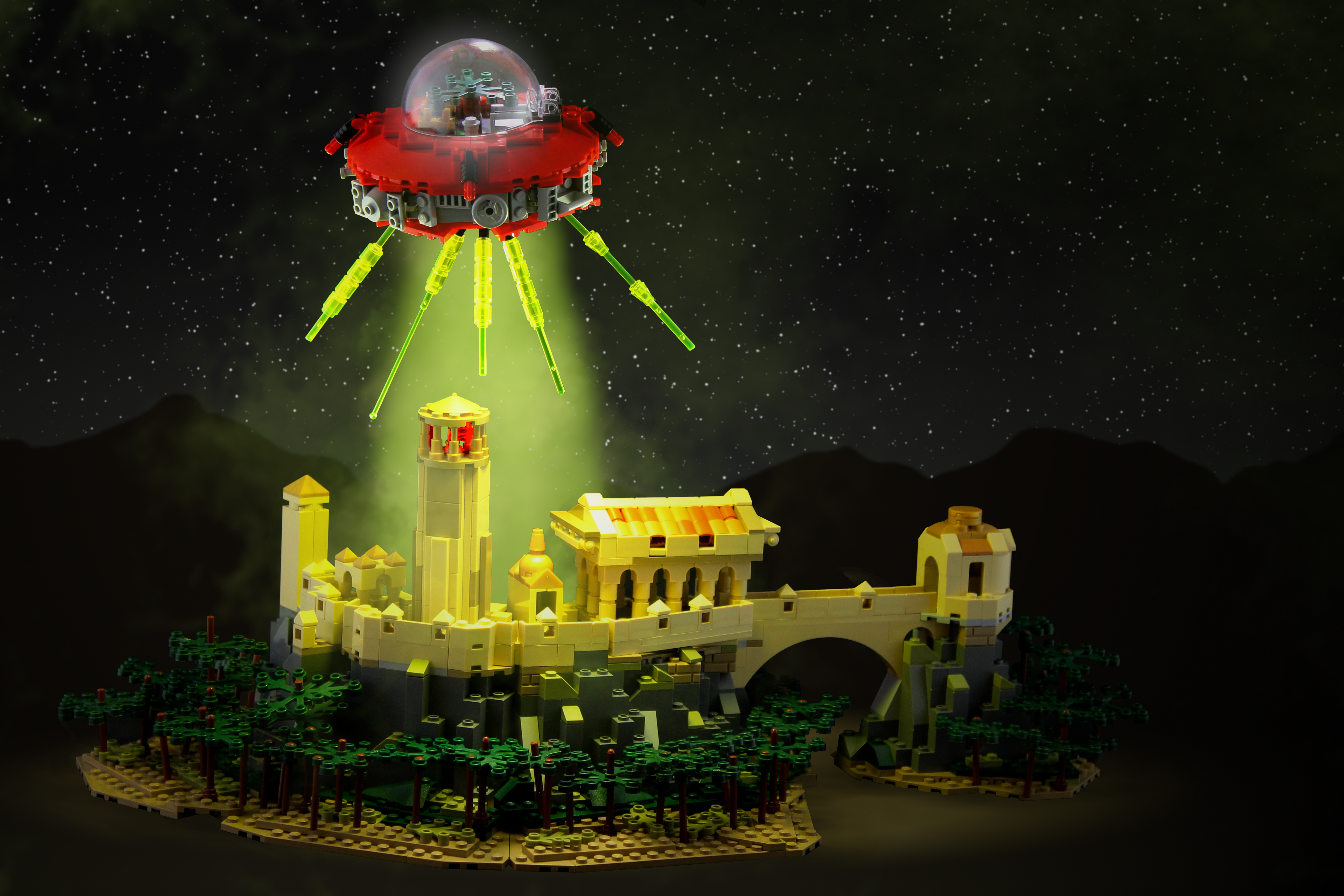 END_OF_DOCUMENT_TOKEN_TO_BE_REPLACED

This shiny microbuild by Isaac Snyder is anything but small when it comes to character. There’s a picturesque punch packed into a small space, along with a mythical quality. The way the buildings are perfectly nestled in the rocks makes it seem like these LEGO bricks were always destined to be part of the build. With the ice cream clouds, it seems fit for a snow globe souvenir from Mt. Olympus. 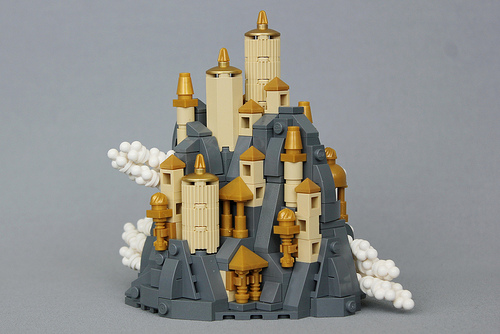 If you think this is cool, check out another picturesque LEGO castle of Isaac’s. Or perhaps you’ll enjoy Elrond’s House from the Lord of the Rings series.

In Greek mythology, Medusa is a slithering monster with a stone-cold gaze. The tables have now turned for the Greek gorgon, with Koen Zwanenburg having transformed her into a static LEGO BrickHeadz character. Though often portrayed as a hideous monster, Koen’s version is adorable. The sculpting of the body is particularly nice, with the tail from Jabba the Hutt being used to great effect. Her hair is comprised of several snake head elements, which look practically made for the character. It would be great to see other mythological creatures receive a BrickHeadz treatment this nice! 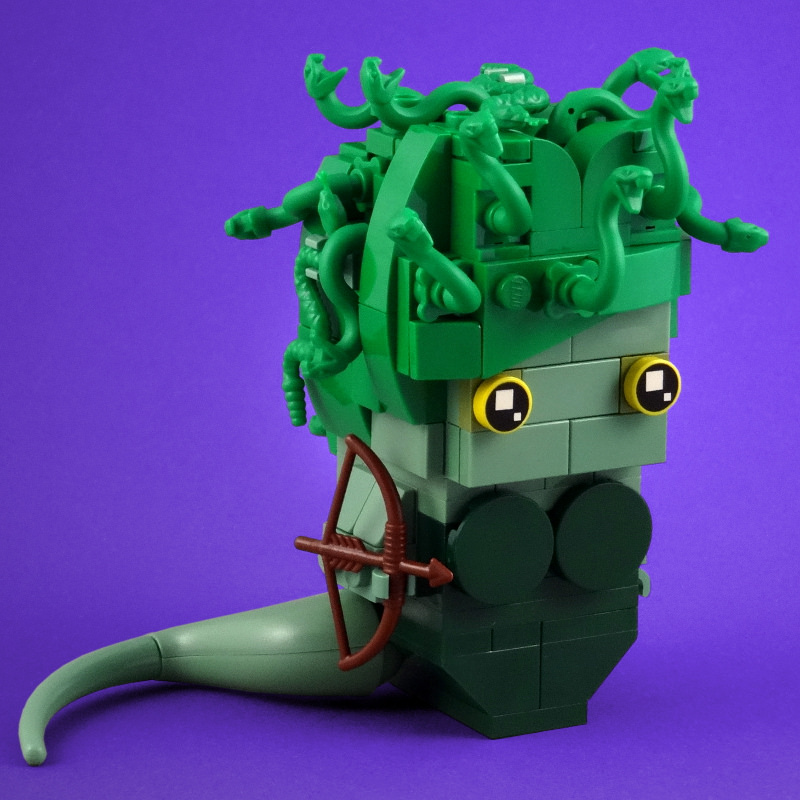 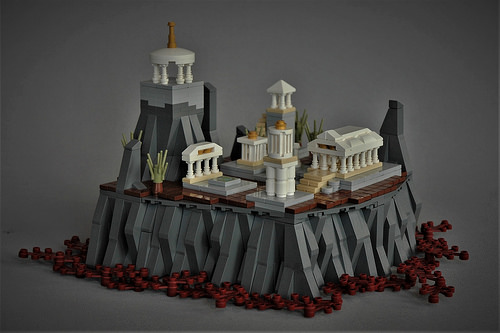 In Greek mythology, Hercules was sentenced to serving King Eurystheus for twelve years after killing his family in a fit of god-induced madness. Part of his punishment required Hercules to perform twelve seemingly impossible tasks, and Bob DeQuatre has created the fourth task in LEGO bricks. His snowy creation sets the scene with the large, aggressively dark Erymanthian Boar standing on high and  a rather more diminutive looking Hercules facing up to his opponent. The composition is well thought out with the temple subtly built away from the main action on the left. I love the landscaping with rocks, snow and a stream frozen into an icy cascade on the right. 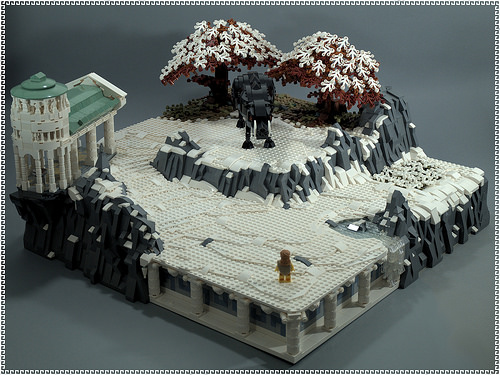 Taking a closer look at the boar also reveals some nice sculpturing to achieve his muscular form. I appreciate the thought that has gone into creating a realistic landscape, notice the ground underneath the tree is devoid of snow thanks to the leafy umbrella of protection above. 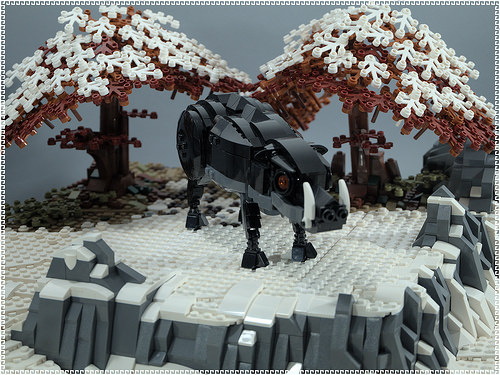 It’s generally considered poor taste to keep a god’s gift for yourself, as Minos found out. In the event you find yourself step-parent to a half-man, half-beast like the Minotaur, please be sure to keep your local architect on call to build an emergency labyrinth, if necessary.

W. Navarre gives us this glorious bust of the Minotaur. I like the sculpting and the aggressive horns. The face shows the proper amount of anger at its imprisonment in the labyrinth. 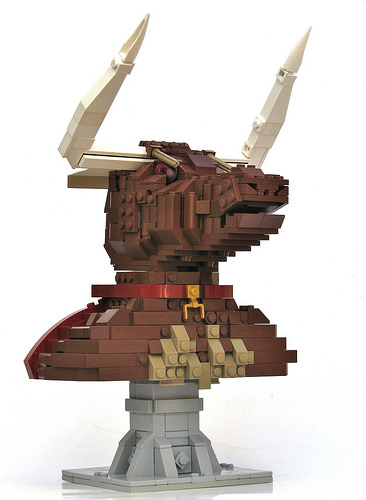