While your eye is certainly drawn past the walls to the beautiful temple, the walls themselves are worth a closer look, with great brick-work in varied, natural colors between what I’m guessing are sandstone columns. This view also shows off the siege tower Mark designed for his Pierian soldiers to surmount the Cyrenian walls. 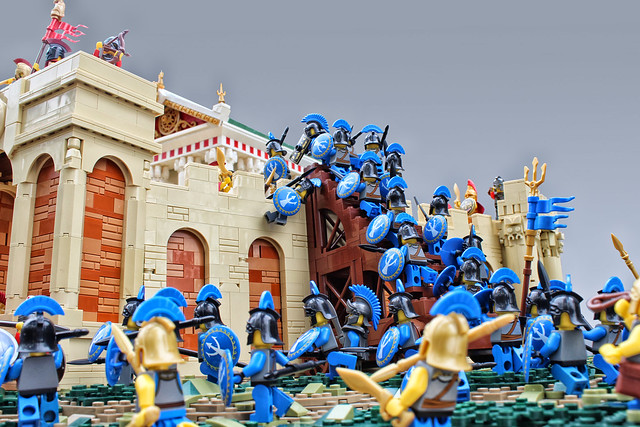 Far too many builders neglect minifigures once they’ve completed their cityscape or spaceship or castle, but minifigures bring a LEGO model to life, and Mark’s scene has minifigure action galore. His minifigures sport custom armor and weapons from BrickWarriors, helping to distinguish the blue-and-silver and red-and-gold factions. 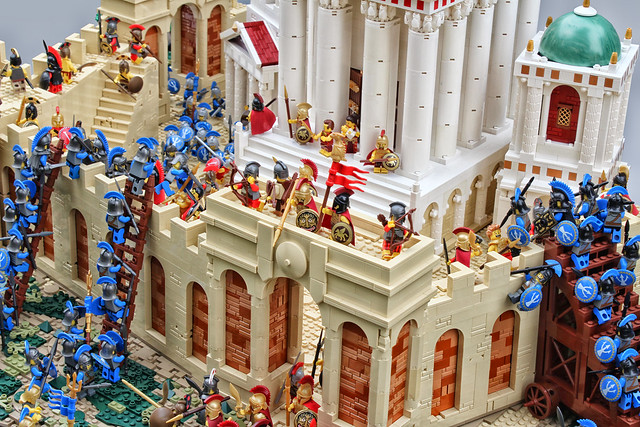 Mark says that he missed entering the annual Colossal Castle Contest this past December because he was busy working on this diorama. With off-angle walls throughout, excellent landscaping, and an engaging story told through minifig action, there’s lots to love in this excellent LEGO creation, and very much worth the wait.