Rescue from the Merpeople was released in 2005, that’s right, 15 years ago! It was a small build but it contained 5 unique figures. It was the first set, and still one of the only sets, containing sleepy faced minifigurs. On top of that LEGO gave us their first mermaid minifigure. Whether or not you think the mermaid is pretty is a matter of taste. In 15 years a lot has changed in the world of LEGO and Caleb Schilling shows us a peek of what the set might look like if LEGO would ever decide to redesign it. I am really fond of the demure use of colour in this creation. The only vibrant colour comes from the vegetation and some of the characters’ outfits. The base is especially well made, showing little to no studs. The skirts on Hermoine and Cho further add to the flowing underwater feel of this creation. 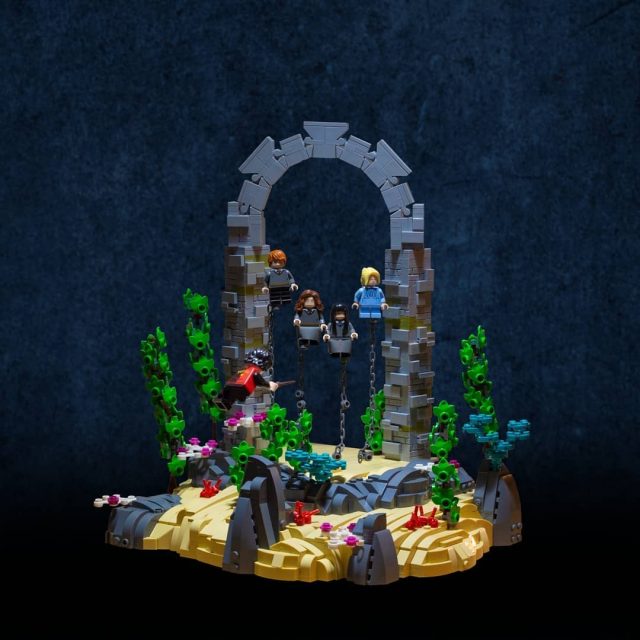 Going by the latest reports, Christopher Nolan’s long-awaited Tenet will finally hit big screens less than a month. While we still wait, it might be the best time to re-watch another movie by one of the greatest directors of our time. CheeseyStudios suggests the 2014 epic sci-fi Interstellar. His build of The Endurance spaceship is much more complicated than it looks. Note it consists of 12 sections, which means that the angle between them is 150 degrees. Caleb managed to find just the right piece for this task, giant flex joints. 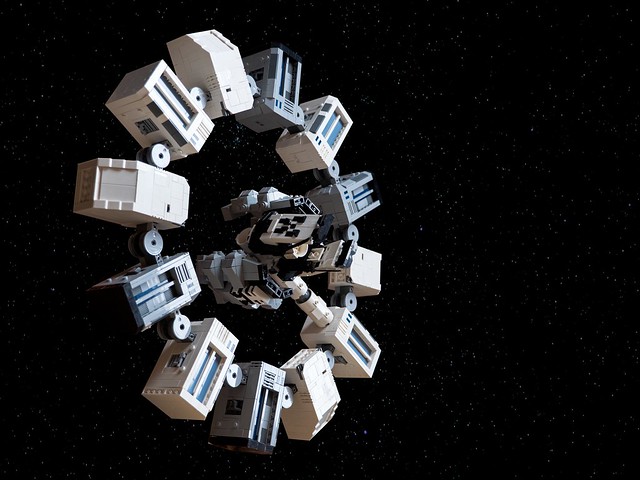 And if you are interested in the design of the Ranger shuttle, note a brilliant use of ninja swords. Thanks to the curved swords, the otherwise somewhat blocky model becomes very recognizable. 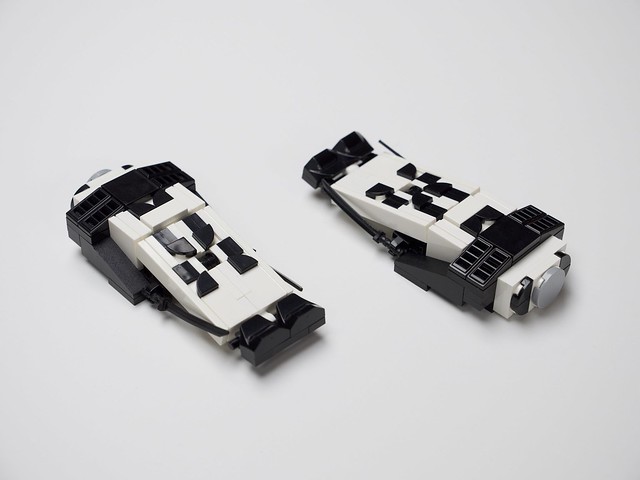 Just because there’s no air in the cold vacuum of space, doesn’t mean there is no style. CheeseyStudios proves this with a space outpost which is not only colorful, but it has a wonderfully eclectic aesthetic, as though a product of many different peoples coming together. The blue and yellow sections are giving me a classic space vibe, while the white top could be right out of Cloud City, and the scaffolding on the right could be NASA surplus. Wherever these disparate parts came from, they certainly come together nicely. 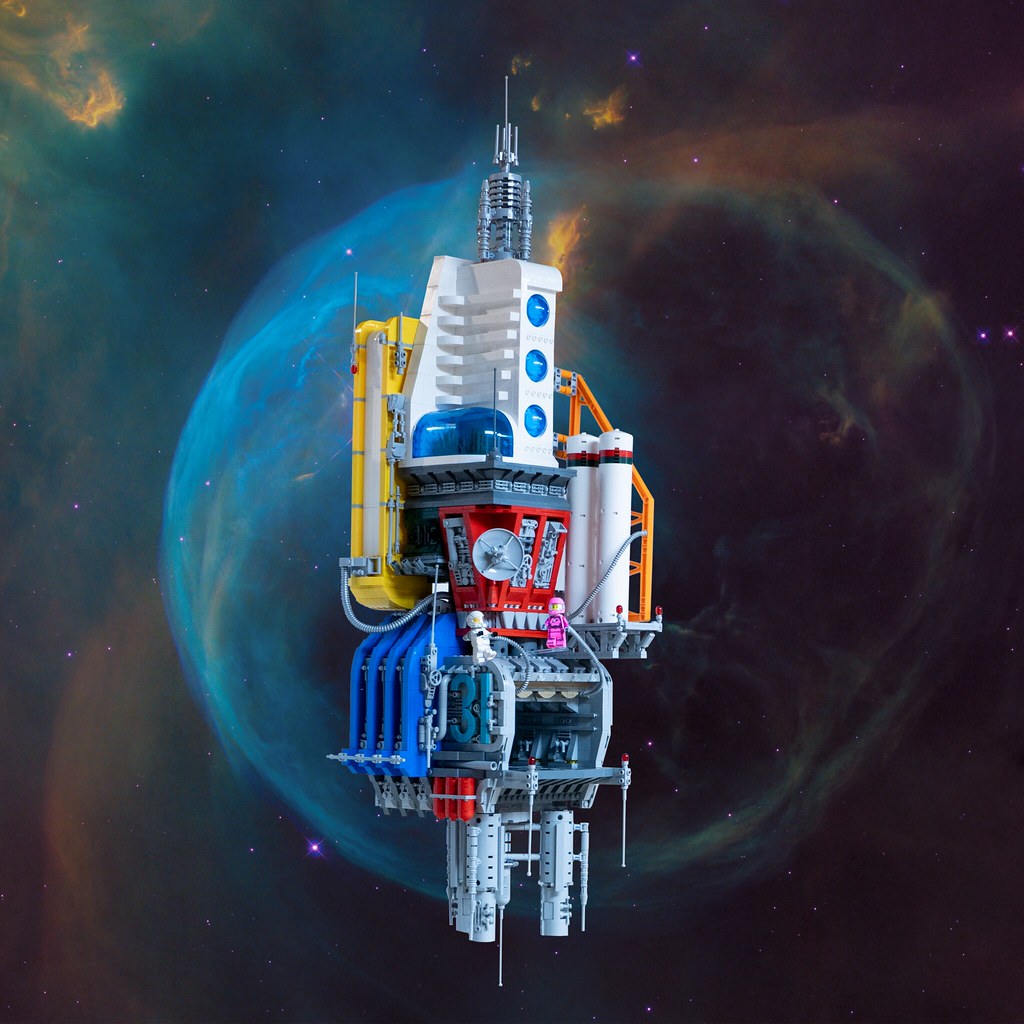 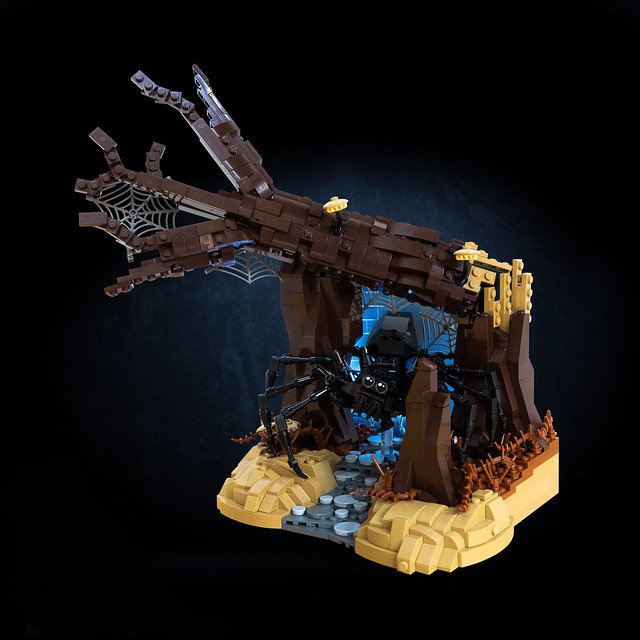