I’ve really been enjoying all the recent builds revolving around the LEGO Bionicle novel Prisoners of the Pit. And one of the best of the bunch is by constraction expert Patrick Biggs, rehashing the Toa Hahli set of 2007. What a truly remarkable figure, clad in dark blue and sporting some excellent lime green highlights. The shaping of the limbs here is exquisite, intricately blending Bionicle and System pieces together into a perfect harmony. I also appreciate the detail put into the Toa’s breathing apparatus and scuba tanks, while still utilizing the mask of the original set. But the real standout feature of this figure has got to be its spiny wing-like fins. Falling somewhere between lionfish and angel, the array feels like the perfect application of pearl silver weapon parts first found in the Toa Nuva sets of yore. And speaking of weapons, that massive trident is quite the impressive armament as well! 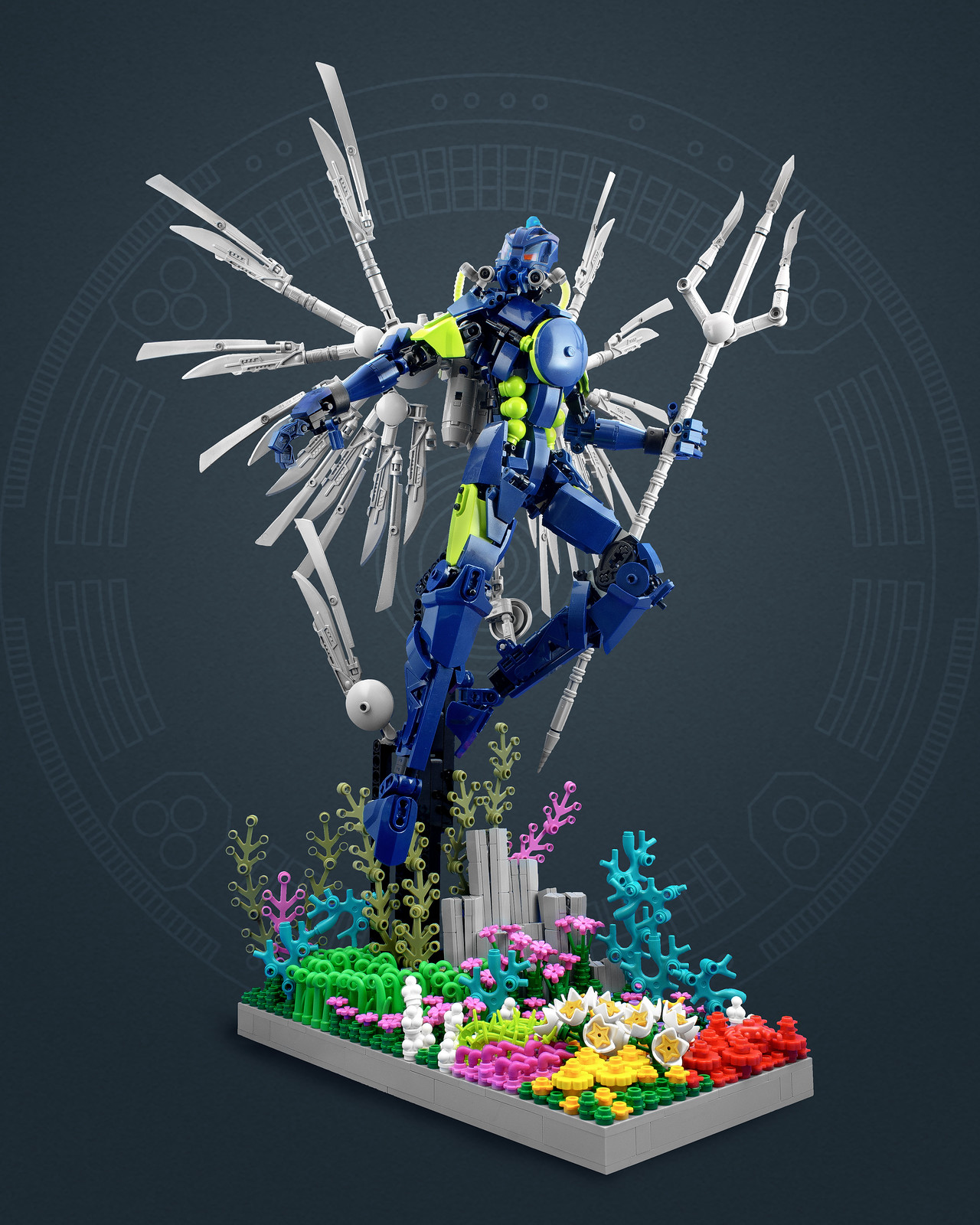 This model hit the feed and gripped the mind of every Bionicle fan that saw it. Builder Sandro Quattrini took brick-built figures to the next level with this fresh take on that iconic Toa face, sans Kanohi. The builder’s take on this warrior’s body varies slightly in their recreation of classic figure-building pieces but pays proper homage to the original nonetheless. Nice parts usage abounds throughout the design as Sandro adorns a brick-built Bionicle with the remains of the Jungle Dragon. Surviving the Ninjago apocalypse can be pretty brutal but not so much for the Toa. 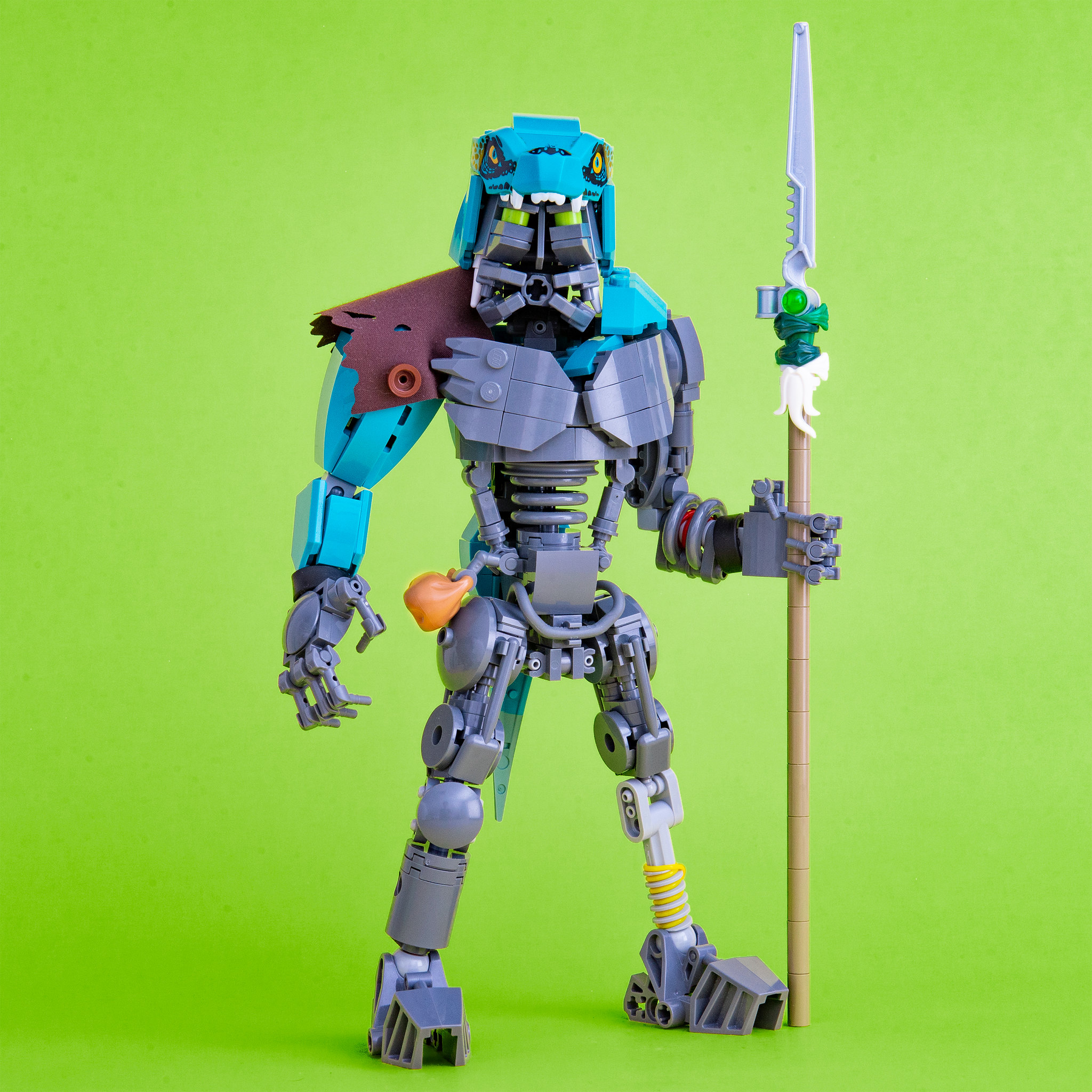 END_OF_DOCUMENT_TOKEN_TO_BE_REPLACED

LEGO builder Aaron Van Cleave tells us that this is Kualus, Toa Hagah of Ice and wears the Kanohi Mask of Rahi Control. Consider yourselves informed! I like the overall shape of this character, the sword, shield and the doodads going on in the chest area. Its feather plume is also not without its charms but my favorite detail has to be the black hawk companion. It would fit in perfectly on the hood of a 1979 Trans-Am! 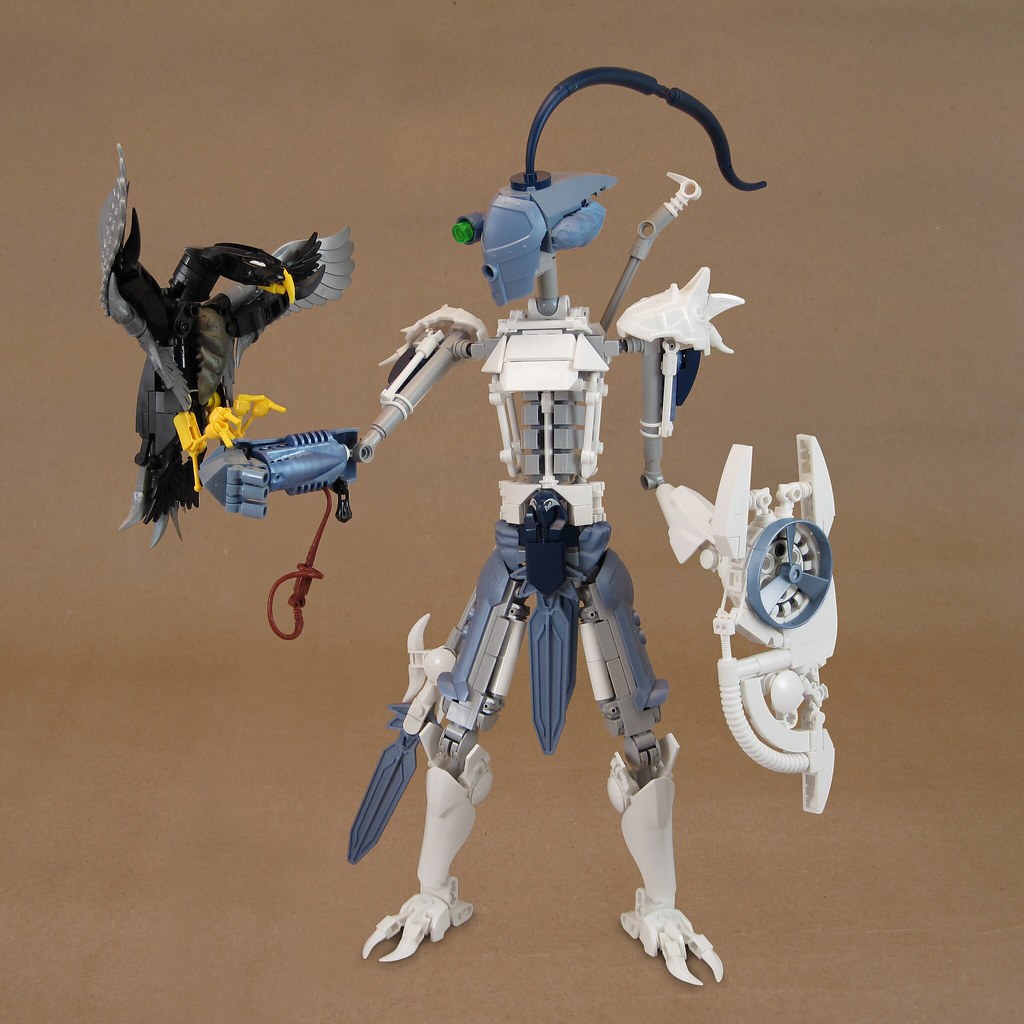 It must be tough times on Mata Nui, as this Toa has resorted to getting a day job as a lumberjack. Tempting as it is, I’ll be avoiding the Monty Python jokes when talking about this clever build by Johann Dakitsch. I like the clever details like the rubber tires used to beef up the legs, the Hero Factory armor used for the sleeves, and the row of 1×1 round silver plate that forms the jacket’s zipper. Oh, and that axe is pretty sweet, too. 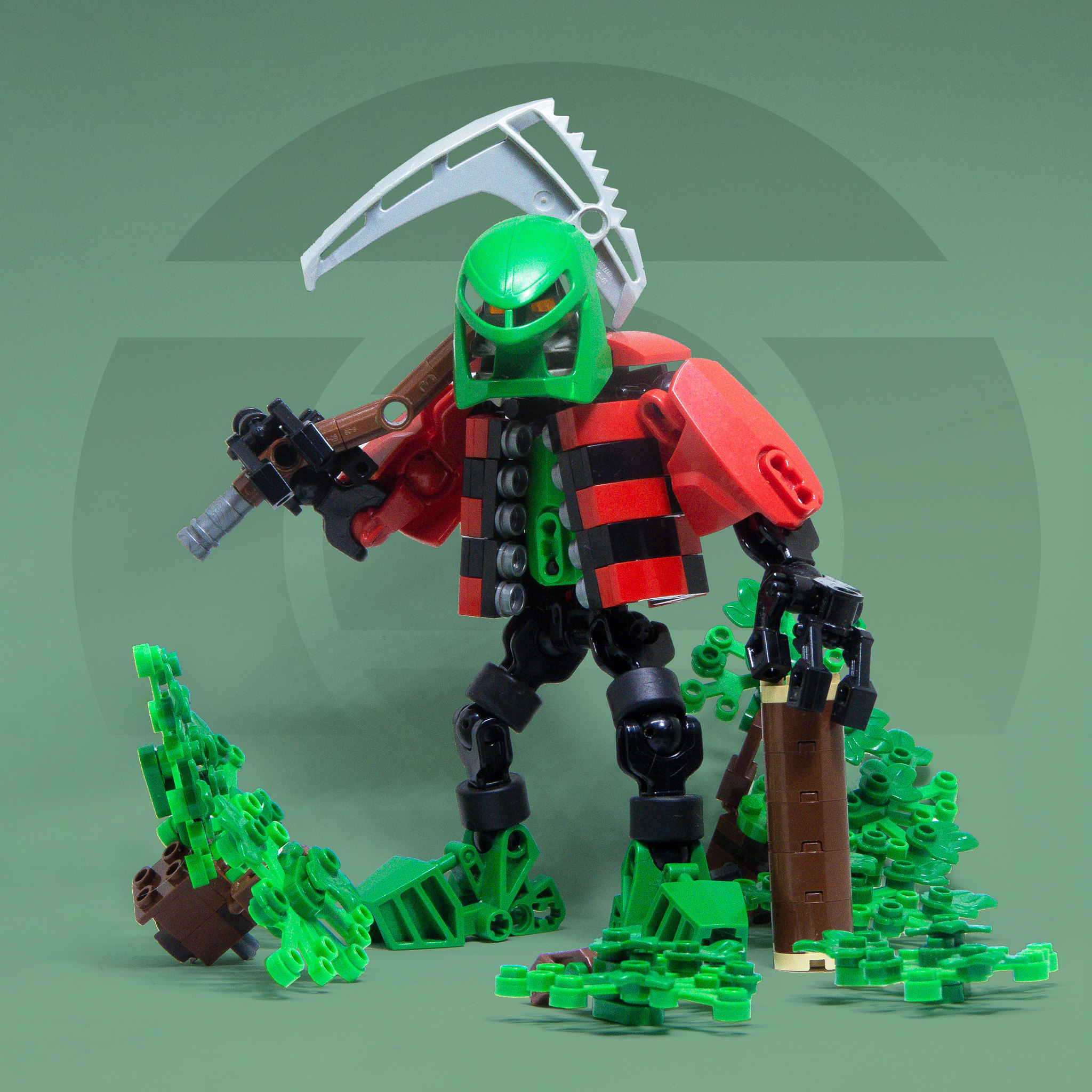 Check our archives for more Bionicle creations we thought made the cut!

Some LEGO elements are easy to upsize, and some are a nightmare of odd angles and complex shapes that defy common techniques. This was a challenge ToM Dracone (@yannickbuildsthings) was up for, though, as this super-sized Bionicle Toa head is a spot-on likeness. I’m particularly fond of the eye ridge/side of the head angling. This statue also has a great base, with sandy colors and greenery that harken back to the Island of Mata Nui. The gold Hau mask helps provide a sense of scale, making this head feel like a massive totem on the shoreline. 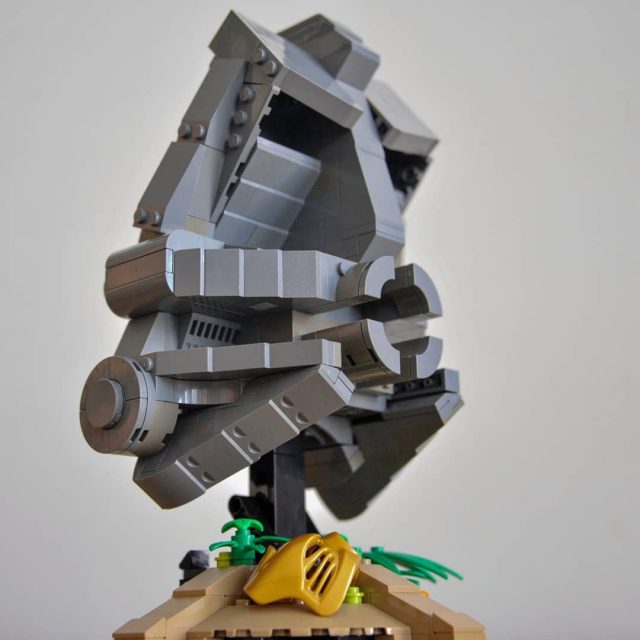 If you’d like to see more photos and details, check out yannickbuildsthings’ LEGO Ideas submission. And when you’re done there, why not delve into our archives for more great featured Bionicle creations?

LEGO’s Bionicle lore runs deep, encompassing a complex world history from its inception to the heroes we all recognize as the various Toa. Even the theme’s origin story is fascinating, as David Robertson recounts in Brick by Brick the Bionicle theme was originally envisioned as a metaphor for battling cancer, with the bio-heroes (cancer-fighting drugs) being delivered to the world (body) in pill-like canisters. Builder Anthony Wilson is participating in a fan-run challenge to create the Toa Helryx, which the lore names as the first Toa in the Bionicle world. 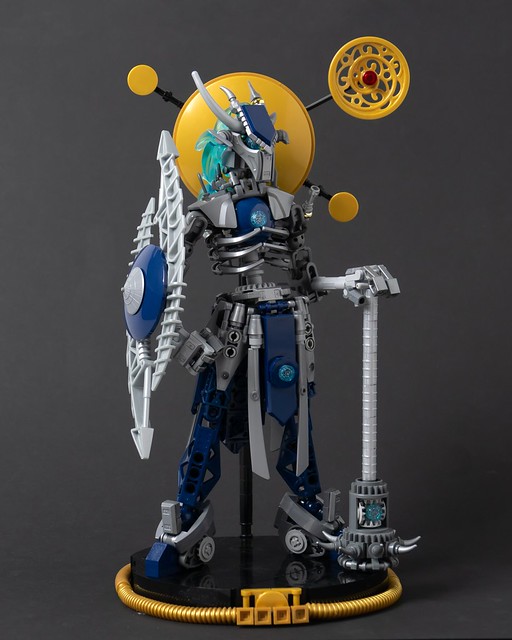 No sets or images were ever produced of this Toa, but Anthony has sculpted this regal figure from the few descriptions. The brick-built mask, so central to Bionicle characters, is crafted from multiple elements, most notably the silver Nexo Knights shield, whose ribbed edges look marvelously organic here. Another great detail is the giant mace Helryx wields, which is tipped with a Technic differential. 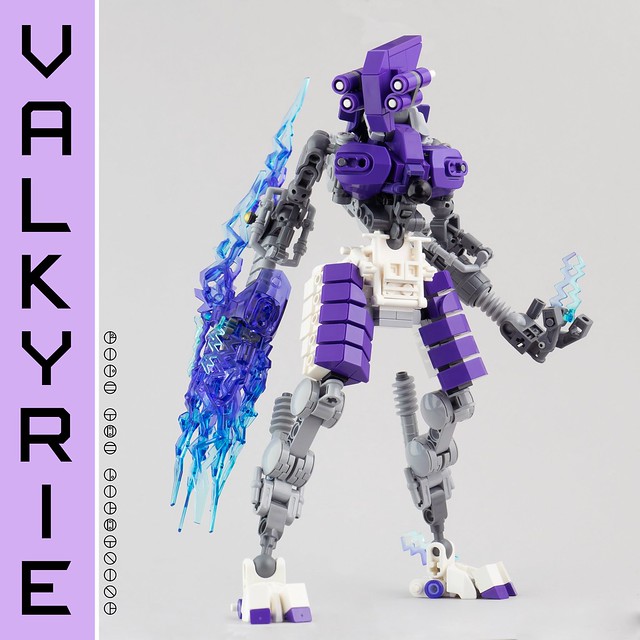