Thomas Jenkins is the latest in a long line of LEGO builders trying their hand at one of -if not THE– most famous ships of all time. While others go for shocking size with accurate interiors, others like Thomas have opted to go pint-sized and adorable. 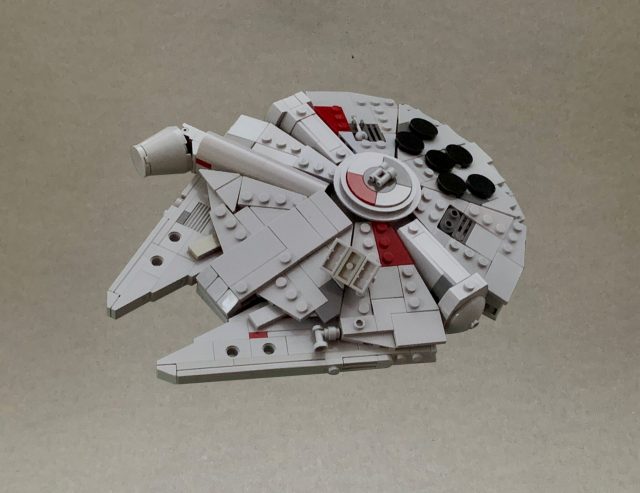 We’ve seen Han Solo’s pride and joy in this scale before in 2009’s 7778 Midi-scale Millenium Falcon. But in the 11 years since that release building techniques in the world of LEGO aficionados have evolved.

The way Thomas built the forward mandibles, for example, is a departure from every official rendition of the Falcon we’ve seen to date, and in fact many fan creations. The closest I can recall is Gol’s sleek version from late last year which also used slopes to achieve the acute angles. He’s also smartly used a smaller version of the wedge plate flap techniques of it’s larger siblings, and I also genuinely appreciate the effective choice to simply alternate between two different molds of the jumper plates to achieve The Force Awakens-era rectenna.

This isn’t even the first Falcon we’ve featured in a month or even in a week, but you can trust that as long as savvy builders keep coming up with fun and interesting ways to reinterpret the YT-1300 Light Freighter, we’ll share it with you.