It’s always fun when LEGO builders… well… build on each other. CB Phase 4,  Marin Stipkovic‘s latest entry for Mech Monday, is a new “final form” for the evolving Cobalt Bug concept created by Markus Rollbühler almost exactly a year ago. Times, they are a changin’. There are a lot of great details in this latest evolution to enjoy.  Those basketball netting engine cowlings are a lot of fun, as are the ski pole feet. The orange spike proboscis is smile-worthy, too. 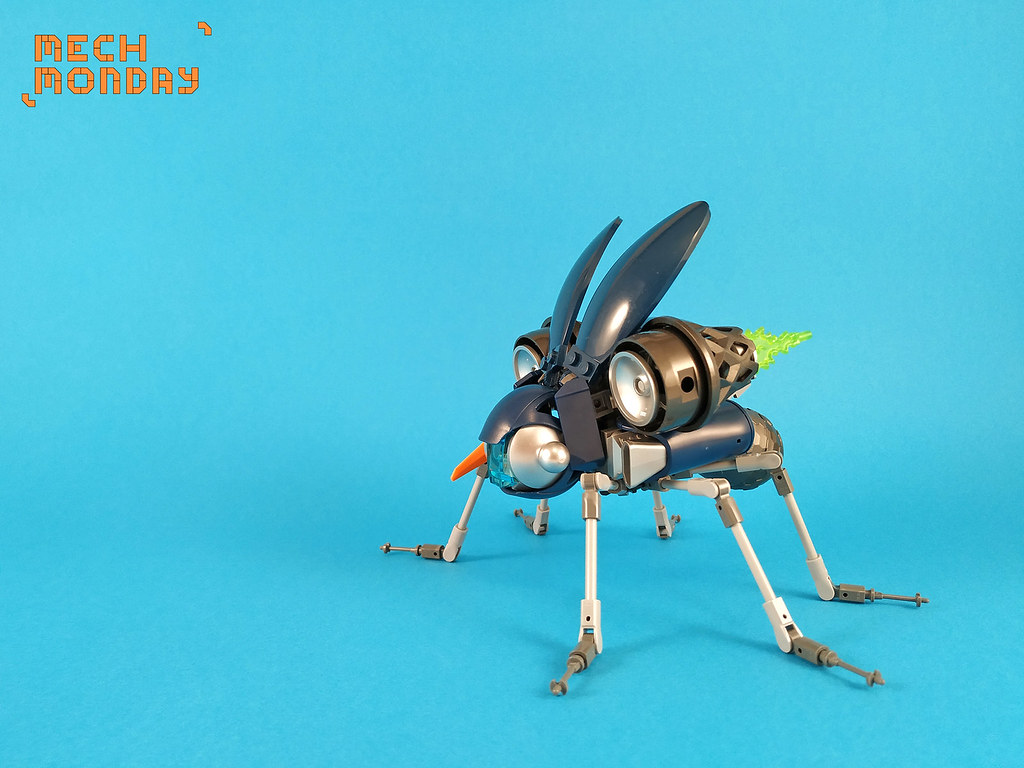 If you want even more juicy views of this mech, check out the 360 degree rotation Marin shared on Flickr. I can’t wait to see if we get a ultimate-final form version next year!

Maybe it’s not the most stealthy LEGO mech ever built, but Marin Stipković has created a truly spooky machine, none the less. Ghostlord’s Ghoul Mech and Minions adds a new element to the mix: Glow in the dark parts. You may see it coming, but it may still be the last thing you’ll ever see. Marin has also shared a cool 3-D view with the lights on. You know, for comparison’s sake. 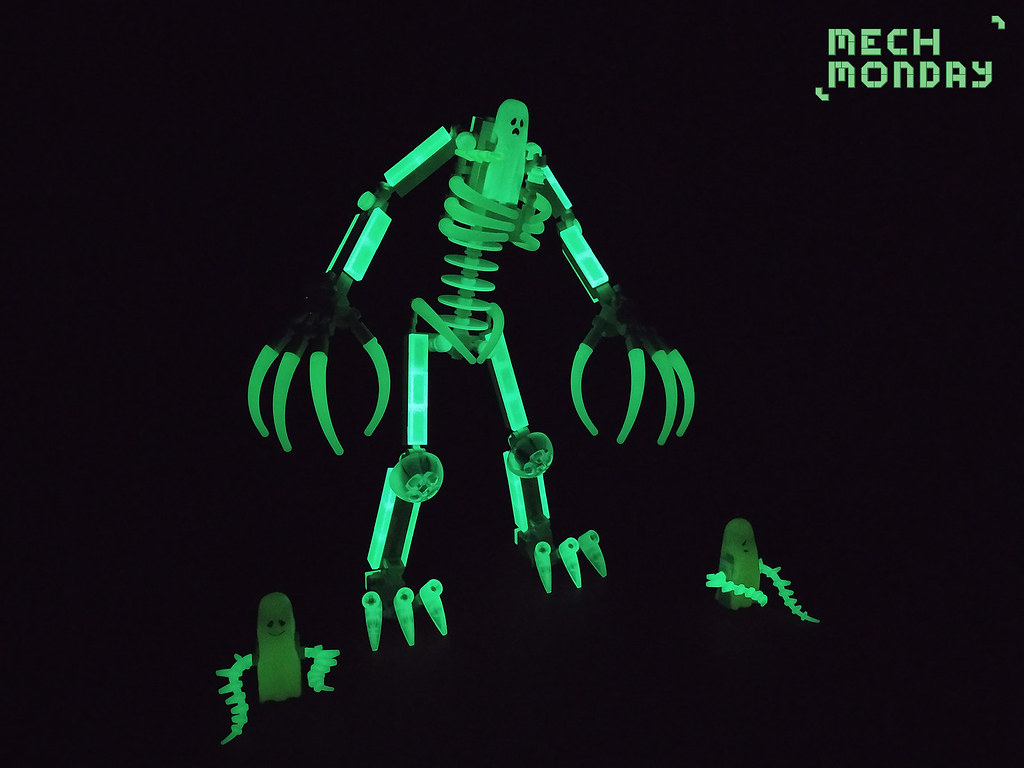 This is Marin’s latest entry for Mech Monday. If you’ve been inspired to get involved, there’s a Flickr group with more information.

As much enjoyment as I get out of microscale builds, I find that it’s the really large LEGO creations that get my blood pumping. That’s why I look forward to SHIPtember – that magical time of year when talented builders like Marin Stipkovic deplete their personal brick stock to create SHIPs aplenty. Reaching the goal of 100+ studs in length is no easy task, but Marin accomplishes it in style with the Phunky. I love the unusual color scheme of the mirrored transparent purple windscreens in the command deck, That, combined with the overall shape, reminds me of a giant purple highlighter. If, you know, stationary was more like space-tionary. No, I will not be explaining that terrible logic jump any more than that. Instead, let’s take a moment and admire the other clever part usage like the new goggle rings from the 75551 Brick-built Minions set along the underside. 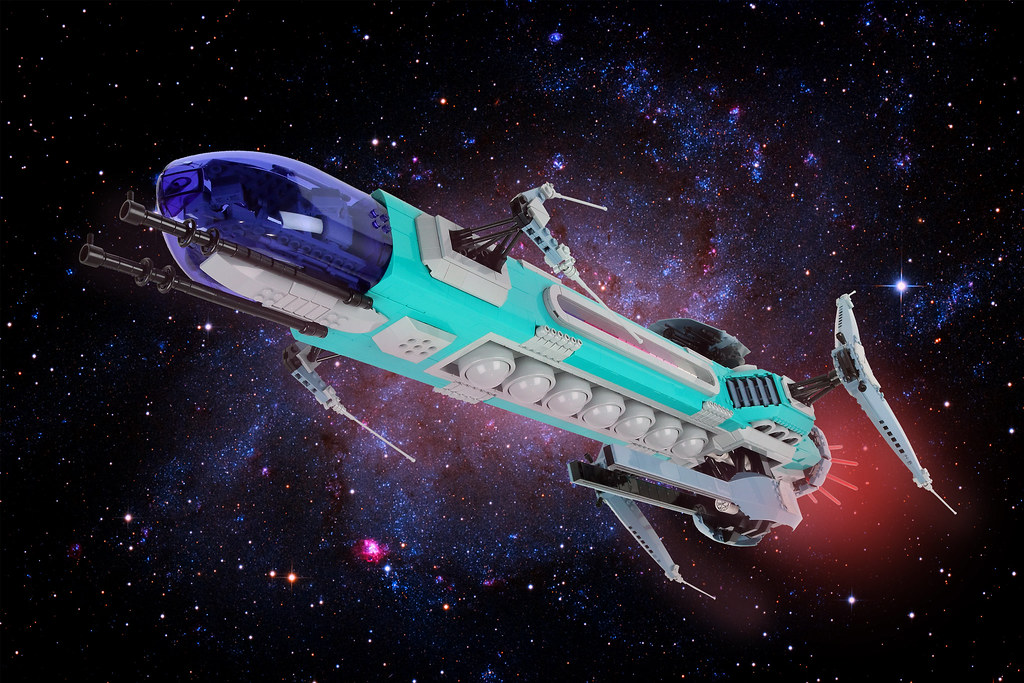 From the side you can get a better view of the Phunky’s rail gun and beam cannons, as well as the sweet color gradient along the hull. (For those of you wondering, the Phunky was already at 107 studs long before the guns and thruster burst were added.)

Taking on an iconic character can be an intimidating prospect; it’s all too easy for people to spot when something isn’t quite right. But no such worries here, as Marin Stipkovic nails this LEGO version of Pac-Man. The shaping on display here on both figure and cherries is fantastic, especially for such small models. Pac-Man’s expression is wonderful, and accurate right down to the nicks out of the eyes. But my favourite part has to be the gloves — a spot-on recreation from the original using only a “handful” of parts (do you see what I did there?) 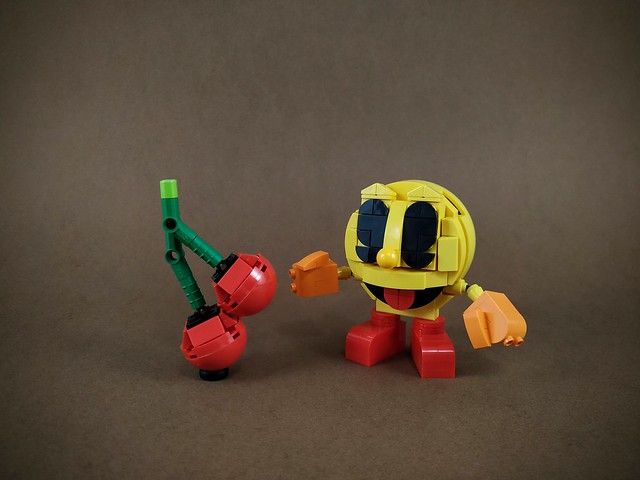 Marin Stipkovic brings us a mech with a lot of personality as part of the year long Mech Monday project. Inspired by the art of Taylor Schmidt, King Aku is a LEGO creation that has the feel of a tiki idol brought to life. It features tons of articulation, an expressive tiki idol face, and bold colors highlighted by the shine of gold. Another nice detail is how Marin didn’t just repeat the use of 1×1 round plate for all the teeth. He’s added visual interest by mixing in inverted 1×5 Technic plates. Partially obscured by the black brick of the mouth, those 1×5 plates take on the look of a brand new part. (I mistook them for Sweet Mayhem’s legs at first.) 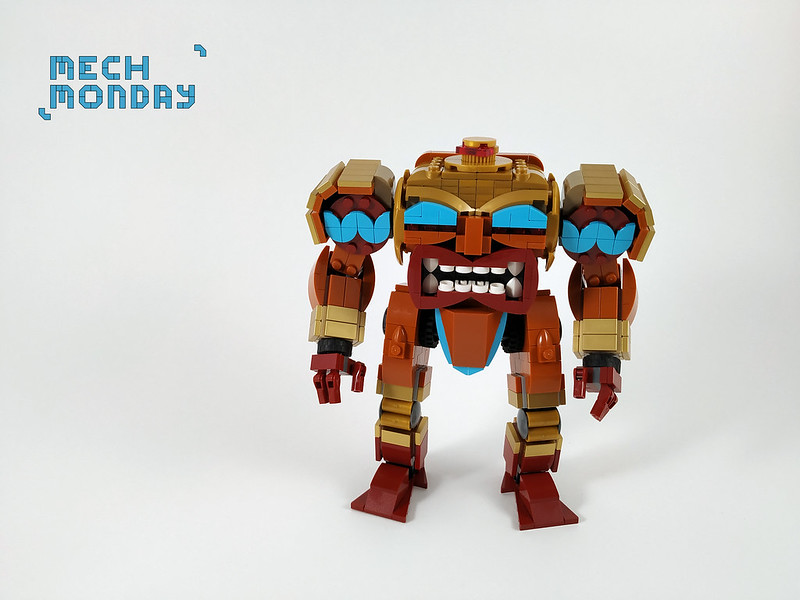 Marin has also shared a short video that shows off the range of motion of this mech as well as its cool play feature. (Spoiler alert: Light and sound!)