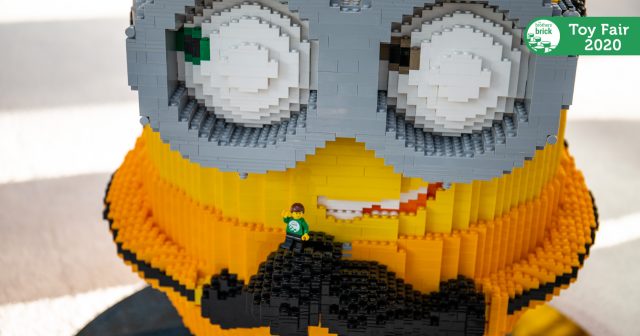 Toy Fair New York is held each year at the colossal Javits Center in the heart of Manhattan, where the show lays claim to all 1.8 million square feet the center has to offer. 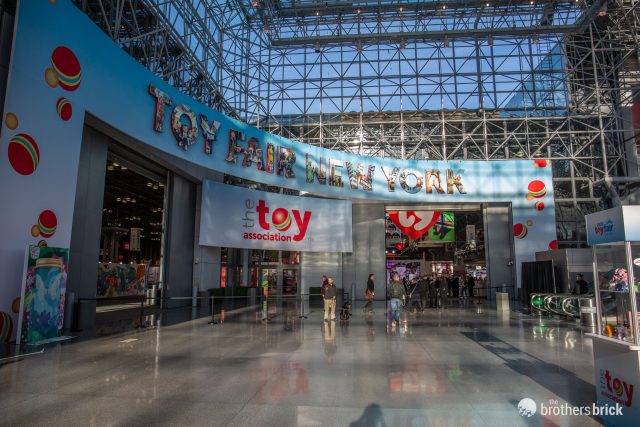 The first thing to catch our eye, though, was LEGO’s display of Minions, which adorns the lobby area. Two dozen life-size Minion sculptures made of LEGO advertise one of the company’s newest licenses. Of course, we couldn’t resist posing with a sig-fig selfie with Bob (pictured at the top). Check out the official LEGO Minions announcement as well as our hands-on Toy Fair Minions coverage for more info. 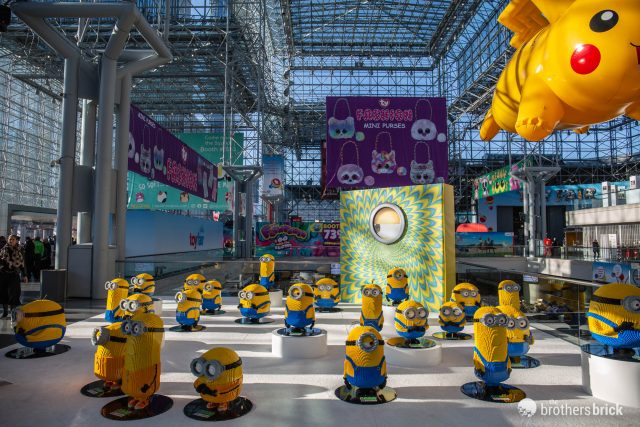 Each of the Minions sculptures stands several feet tall, and comes with a placard on the base describing how many bricks were used and how long it took to construct. 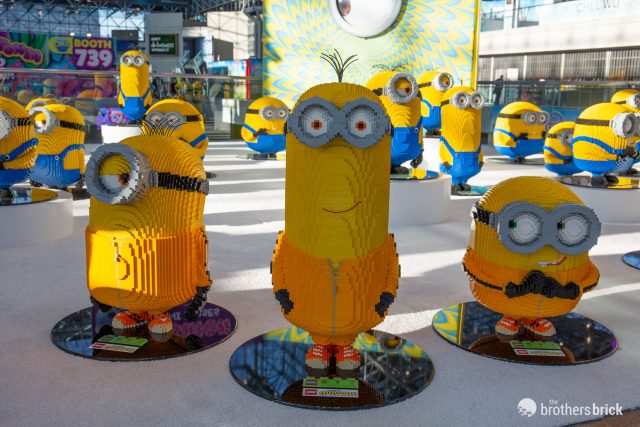 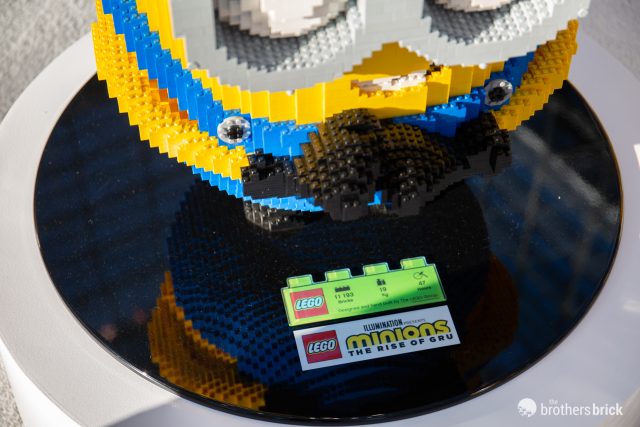 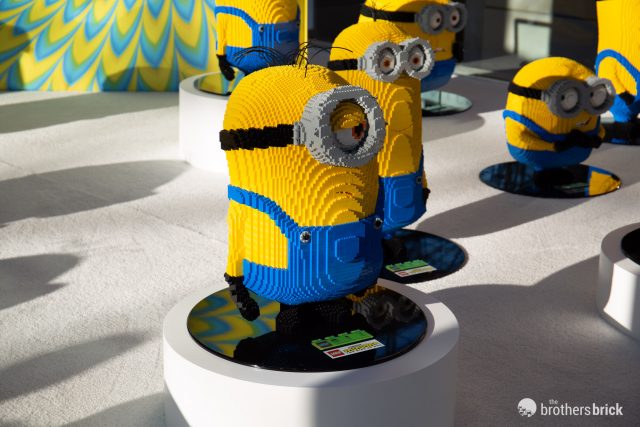 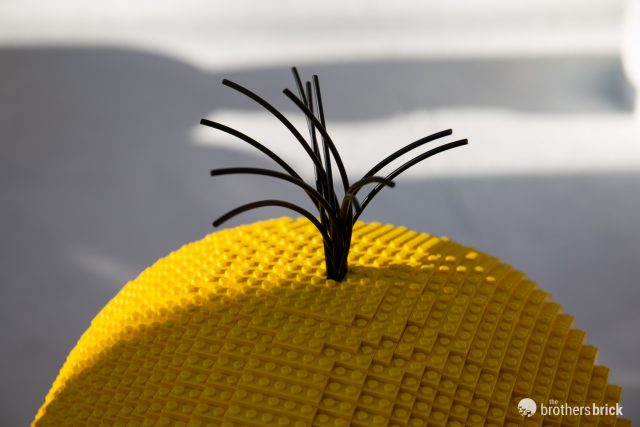 Once on the show floor proper, LEGO has a notable presence as always, with the same large hanging logo and giant bricks that we’ve seen in past years. 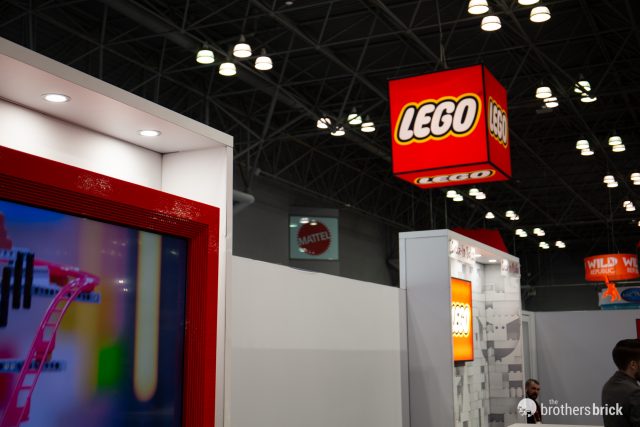 In front of the booth and along the sides, LEGO has large brick-built sculptures. The two posted near the booth’s entrance were an adorable frog and llama, likely to help emphasize LEGO’s new focus on providing more animals in LEGO sets, which a LEGO spokesperson told us was the result of the company’s market research. Check out our Toy Fair LEGO Friends coverage for a plethora of new animals (including llamas). 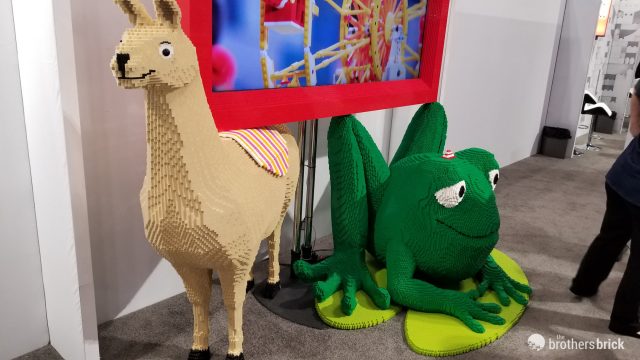 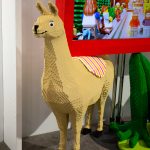 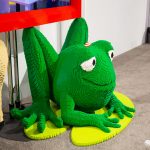 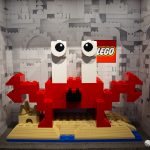 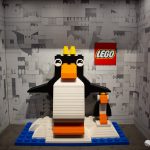 Inside the booth, LEGO’s displays are lined along the walls of several aisles. The majority of the products on display are the January 2020 wave (which by our count included at least 153 new sets). The rest of the products on display make up some of LEGO’s other offerings for the first half of 2020.
Much to our chagrin, LEGO chose not to display several upcoming, as-yet-unnanounced sets, despite the fact that we’ve confirmed they’ll be released fairly soon. 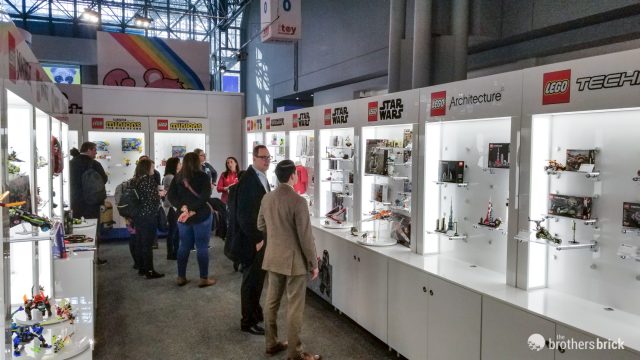 We also took a brief swing by LEGO’s partner Santoki, who produce stationary, bag tags, and other branded merchandise. Santoki is the only third-party authorized by LEGO to package official LEGO elements with their products, and many of their products do just that, combining accessories with a small selection of bricks or minifigures. Of particular interest to us was the new line of LEGO Dots stationary items, which all included a nice selection of tiles. Check out the rest of our Santoki LEGO Dots coverage for more info on that.

And don’t miss the rest of our Toy Fair New York 2020 coverage, including the newly announced LEGO D-O set.