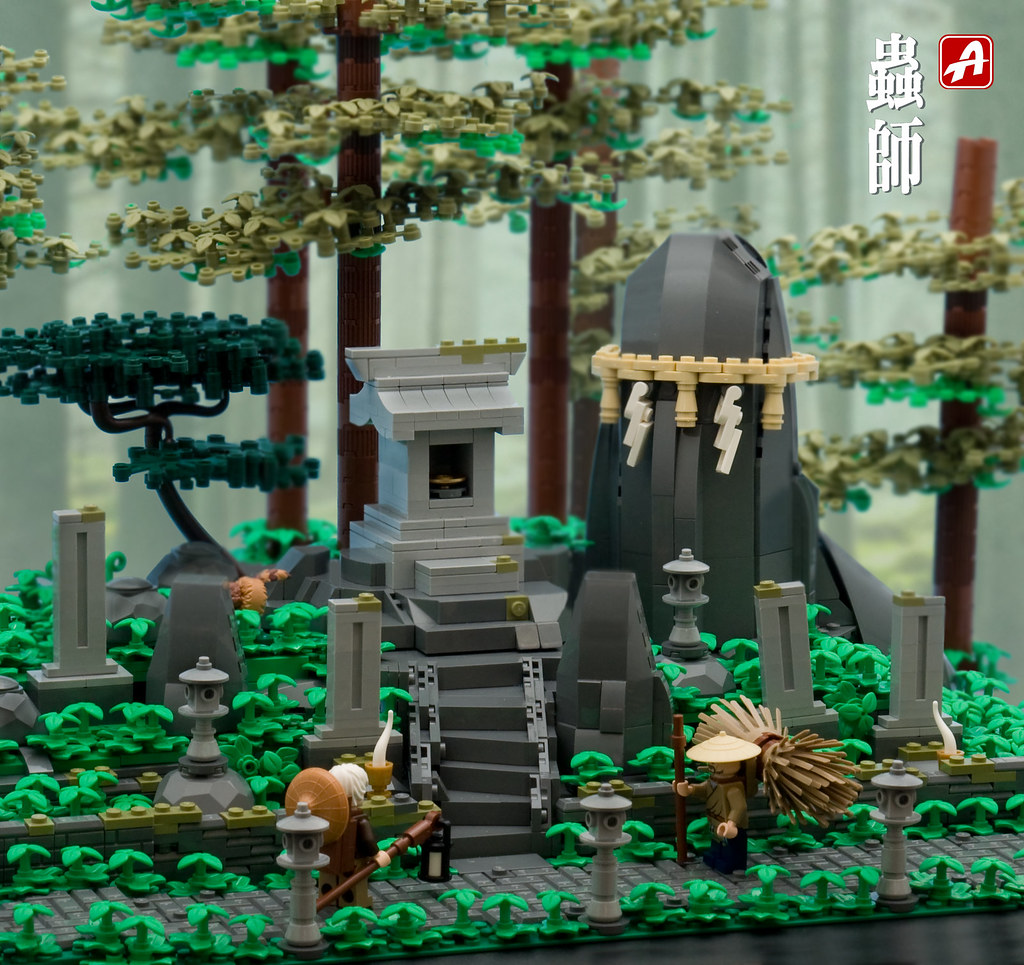 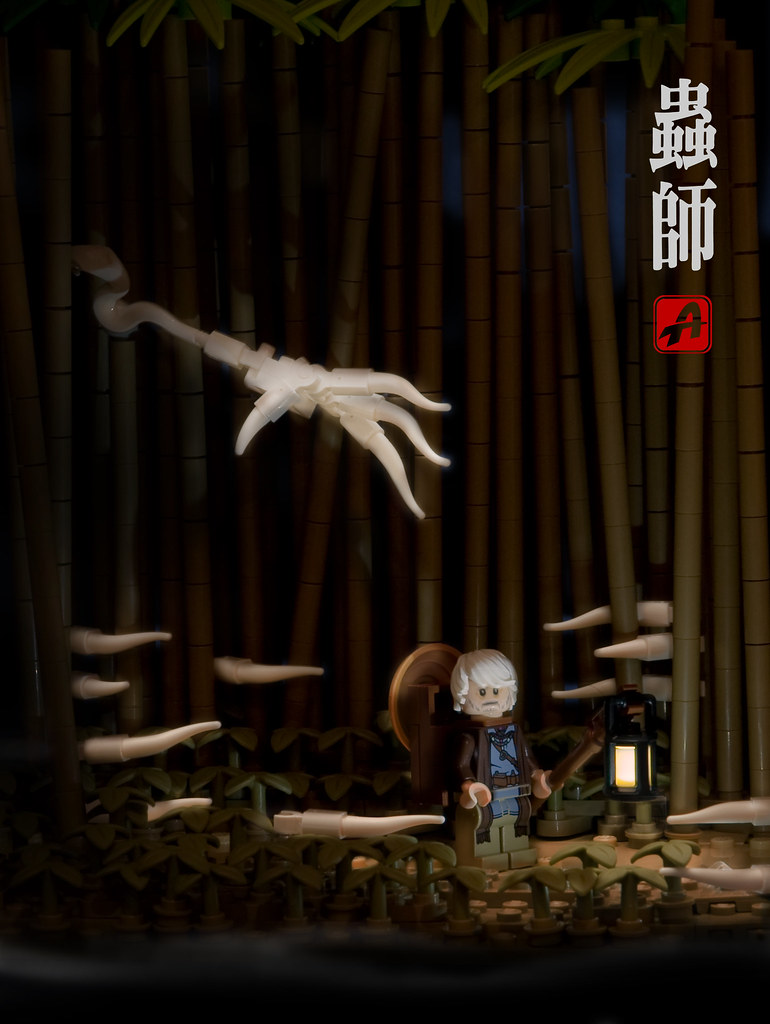 LEGO builder Sheo. has one of the broadest ranging skillsets out there, having drafted masterful models of everything from futuristic motorcycles to uncannily accurate DLSR cameras. Now they’re back with a bizarre shrine called the Temple of Tears. This eery holy place is dominated by two giant weeping angles chiseled in low relief. 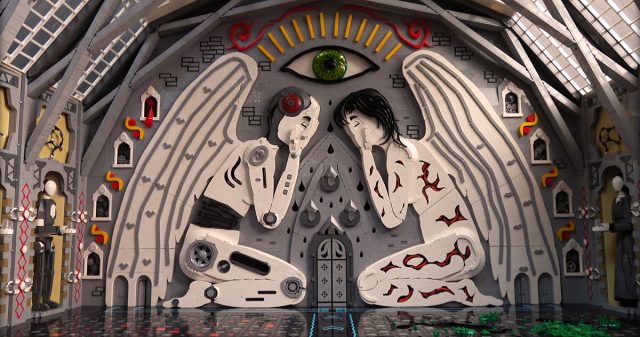 There are a few small vignettes to accompany the main temple, though Sheo is keeping their cards close regarding the mystic meaning behind it all. But that doesn’t stop me from appreciating the build, which is filled with intricate details, from the wavy blue leading lines on the floor (or the floor itself which is covered in a zig-zag pattern of tiles), to the teardrops falling from the giant eye, all the way to the intersecting columns supporting the arched roof. Sheo has provided a video that walks the viewer through all the various elements.

While this particular cathedral is not actually based on a real building, Swedish builder O Wingård was inspired by some of the world’s most beautiful Gothic architecture. He mentions Notre Dame in Paris, Kölner Dom in Cologne, and Uppsala Cathedral in Sweden. There are so many details to enjoy, but I have to highlight some of those key Gothic characteristics: the flying buttresses (seen in the centre-right of the photo), the lancet arches, and those impressive spires that give vertical emphasis. 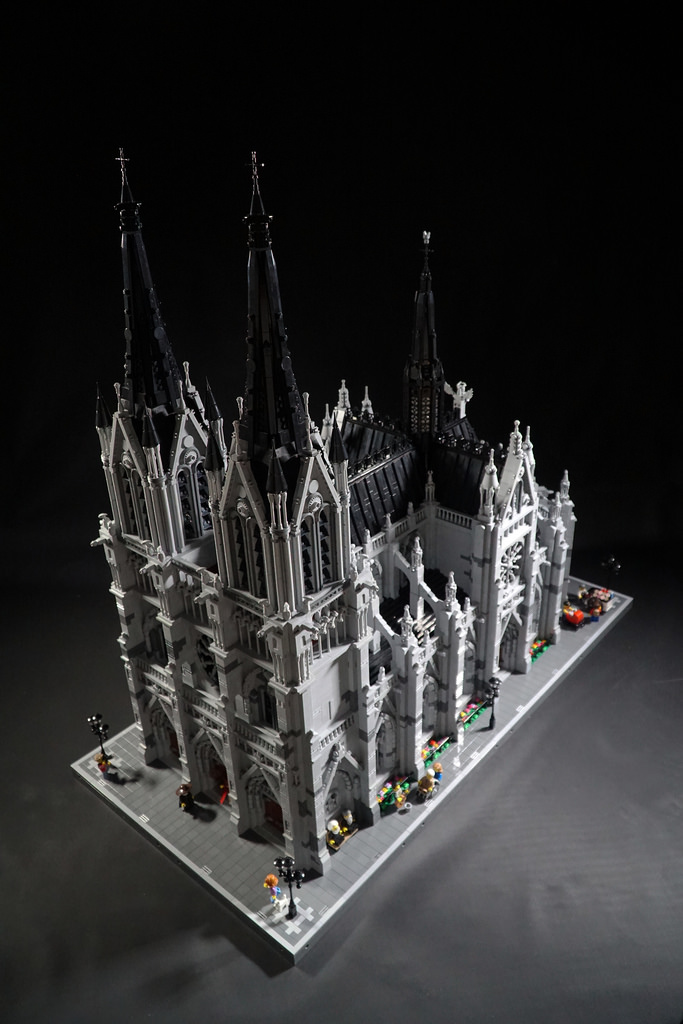 Taking a closer look at the main entrance allows a great view of the stained glass rose window and all the many and varied bricks that depict the intricate details of this grand building. The steps lead up to the ground floor lancet arches, cleverly constructed using a series of bar holder with handle parts. 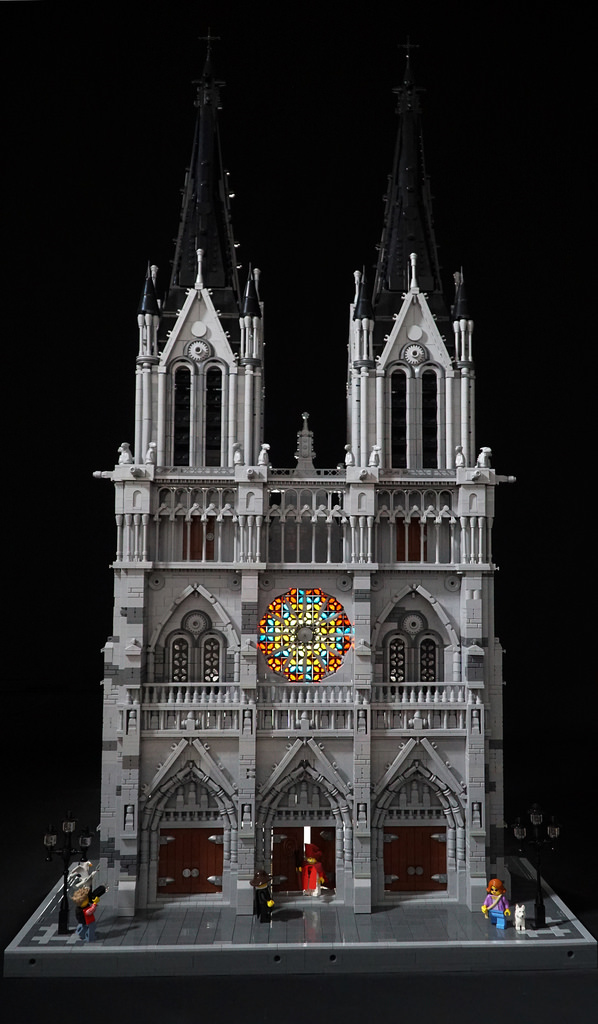 This is not just a façade, as the build is a 360 degree creation that is beautifully detailed, irrespective of the angle from which it is viewed. There are more photos on the builder’s Flickr album, and even a video tour of the cathedral.

There’s a saying in Japan that you’re born Shinto, get married as a Christian, and die a Buddhist. In other words, you practice Shinto rites from birth, have a Western-style wedding, and leave this world through Buddhist funeral ceremonies. Thus, one of the many unique aspects of Japanese culture I experienced growing up there was seeing station wagons with tiny, shiny golden Buddhist temples sprouting from their backs. These little mobile temples are actually Japanese hearses, and Moko has once again used his collection of chrome-gold bricks by building a LEGO version of this iconic Japanese vehicle. In case you’re too dazzled to notice, I’ll also point you to the clever front grill on this 4-wide LEGO car. 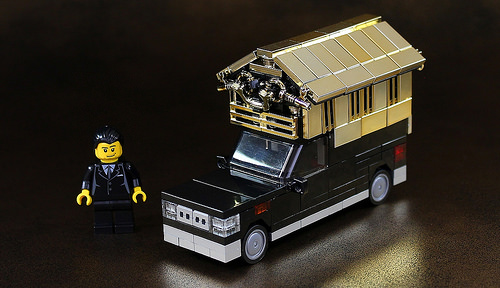 Check out Moko’s blog for more photos, including breakdowns and building techniques.

And for all our bilingual readers out there, here’s a totally ridiculous vehicle. Unfortunately, that’s the best I can do, since the very silly pun in Japanese (「オハカー」) simply does not translate. The car has a pullback motor, though I suspect a crash could result in grave consequences. 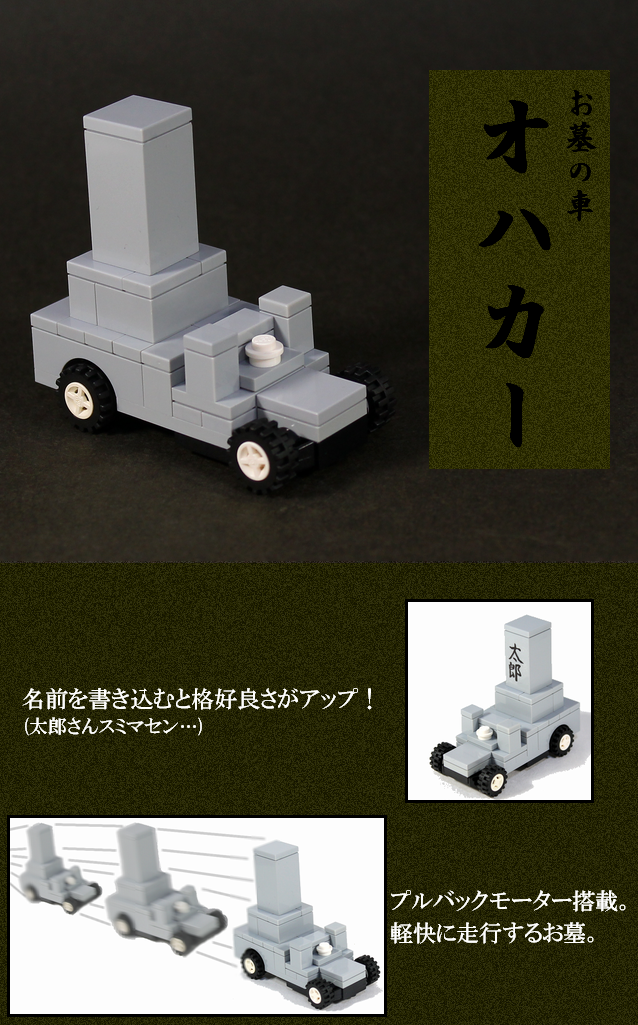 That pun is so funny I need to go lie down now and meditate on my life. Memento mori.

Recreating an actual building is often challenging with LEGO bricks and it becomes even harder when you need to build curved surfaces. It seems that John Snyder didn’t find the perfect solution to form the onion domes of Badshahi Mosque in Lahore, Pakistan. Nevertheless, he came up with an amazing oriental diorama! He has applied very subtle touches decorating the architectural piece and captured the overall appereance of the mosque very well. Careful tiling, delicate minarets and clear photography make the model appear less complicated than it really is. But it must have been a very hard build. Good job John! 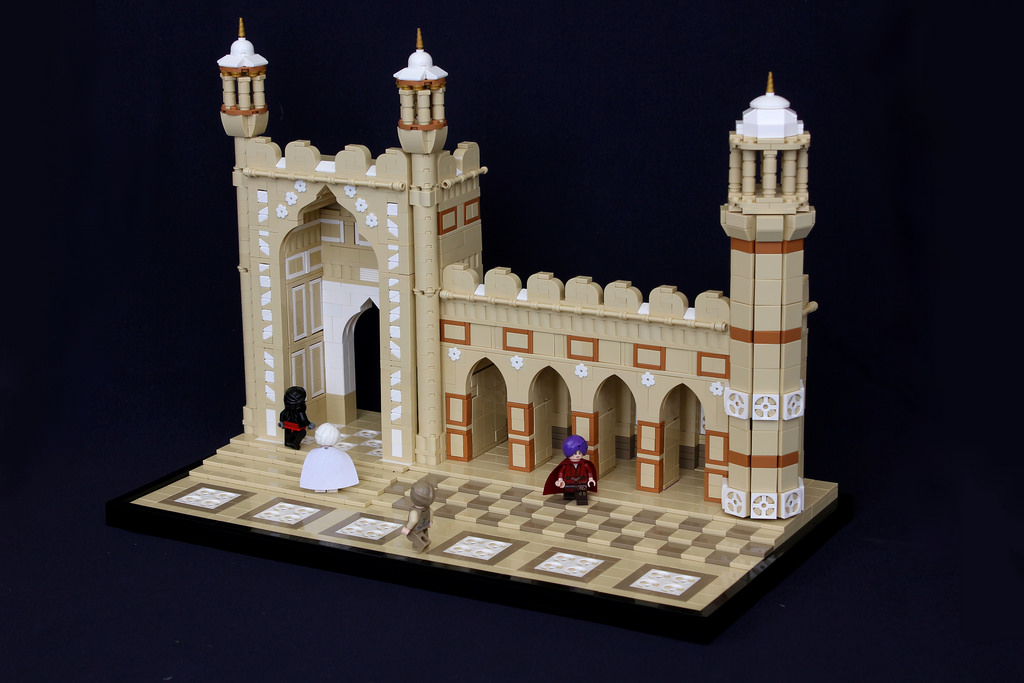 Blue Mosque has been among the most important landmarks in Istanbul ever since it was built in the 17th century. Turkish builder Artizan skillfully captures the details of the mosque in microscale. The mosque’s many domes and semi-domes are smoothly crafted into LEGO form. The balconies and spires on the minarets are also perfectly represented. 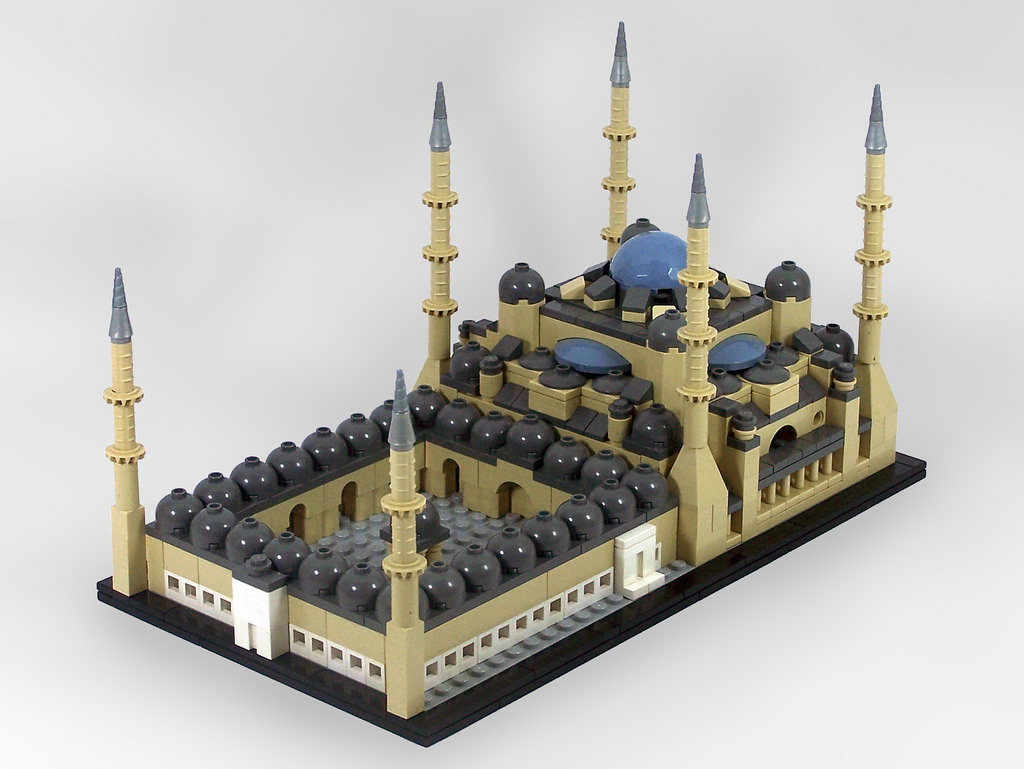 Artizan also built the Hagia Sophia and you can see both buildings side by side on his Flickr stream. Also check out his digital rendering of the Ortaköy Mosque!

In his quest for true LEGO enlightenment, British builder Simply Bricking It has incorporated parts from such ancient and powerful LEGO themes as Belville, Avatar and Click-It to create this whimsical version of that most recognizable of Hindu deities, the elephant-headed Ganesha: 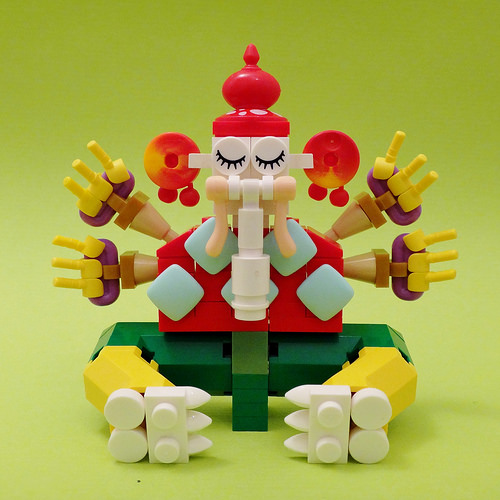 Iron Builder contestant Jimmy Fortel continues to make clever use of the contest’s minifig sword seed part, this time in a desparate attempt to cripple his Kiwi opponent through supernatural means! Although I doubt his chances, as folks in New Zealand have a certain tolerance for needles. 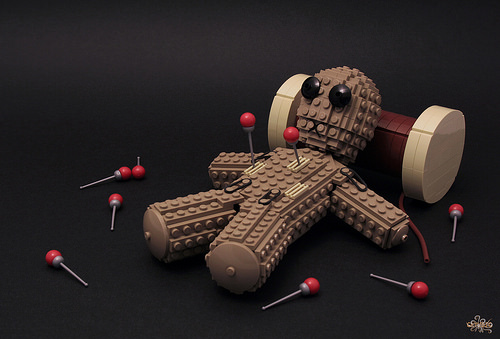 I am in no way a religious person. I do, however, know a beautifully composed LEGO model when I see one and can respect the importance of this image’s symbolism to many of our readers. 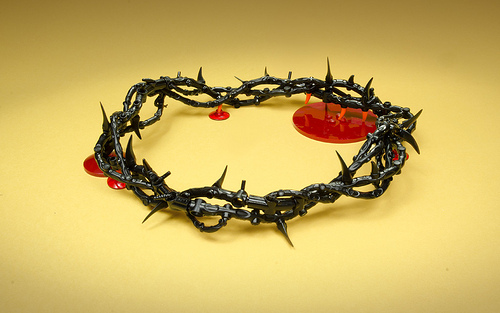 “For God so loved the world, that He gave His only begotten Son, that whoever believes in Him shall not perish, but have eternal life.”