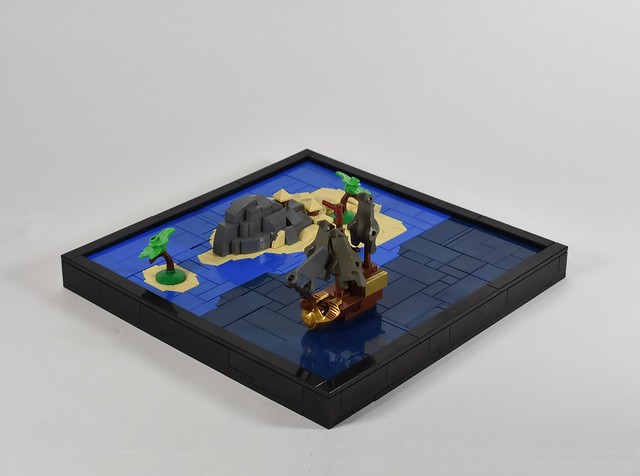 No matter how strange or limiting a LEGO part may appear to be, there is no such thing as a useless piece. With a little thinking outside the box, it’s sometimes surprising what you’re able to accomplish. Case in point, David Zambito’s microscale “Temple of Tarrasque” takes the LEGO Batman Movie’s Killer Croc minifigure and literally turns him on his side. Killer Croc’s body has been cleverly placed within the model to form a major portion of the mountainside, and the figure’s printed dark green spots are reminiscent of shrubbery. It accentuates an already beautiful landscape filled with a variety of fun angles, and the tiny temple is equally impressive. 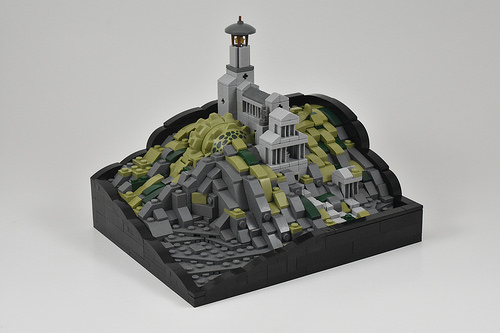